Sochi chestnuts will be saved by Italian wasps 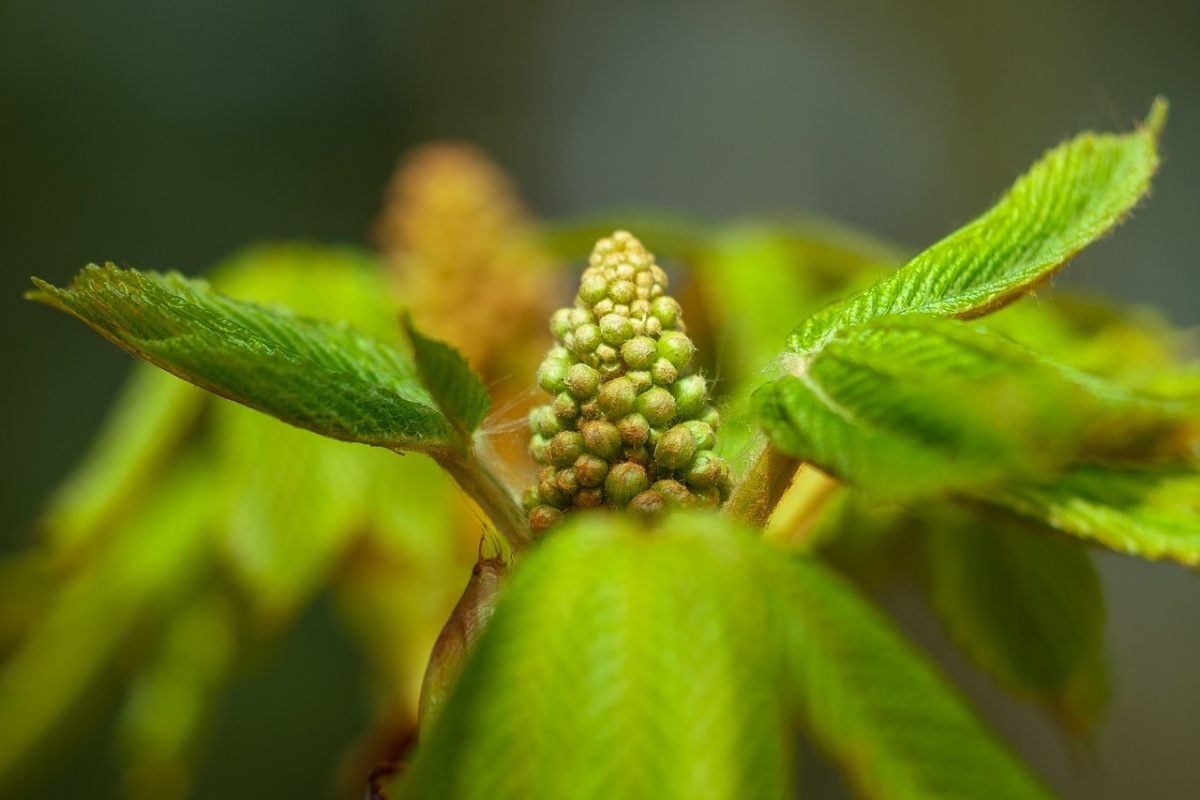 About five thousand galls of the larva of thorymus (Torymus sinensis), an insect resembling a wasp and a natural enemy of the pest, arrived at the resort and will combat the chestnut gall wasp (Dryocosmus kuriphilus).

Torymus were transferred to the Sochi National Park from the All-Russian Research Institute of Forestry and Forestry Mechanization in Moscow. The galls came to Russia from Italy, through the diplomatic channels of the Ministry of Foreign Affairs of the Russian Federation. In Sochi, thorymus was released in specially protected natural areas to combat insect pests.

"The forests of the Black Sea region are in great danger, since a large number of invasive pests have been brought to Sochi, which have no natural enemies here, and if nothing is done, tin five years here will be nothing to protect. Today, a significant event is taking place not only for the Sochi National Park, but also for the whole of Russia.We are fighting against the eastern chestnut gall wasp, which has affected more than half of all chestnut plantations in the national park.

Thorymus is the natural enemy of the pest. They only feed on hazelnut. We hope that within three to five years we will say with confidence that we have managed to stop the spread of dryocosmus kuriphilus. This is just the beginning of the journey. There is still a lot of work to be done to research methods of pest control of other iconic plants - oak, conifers, cypresses,” said Pavel Khotsenko, director of the Sochi National Park.

The first to start testing the only and most successful international method of pest control will be the Maryinskoye, Golovinskoye and Dagomyskoye forestries. Small greenhouses in the form of shelters will be built here. The specialists will be able to monitor the survival rate of the thorymus and, if successful, collect new galls in the early spring of next year.

«The mprovements will be seen in about two years and will gradually increase until the galls become almost imperceptible, since their number will begin to significantly decrease,» said Director of VNIIL Yuri Gninenko.

The invasive pests entered the territory of the city of Sochi with planting material for the 2014 Winter Olympics. Fighting them is one of the important tasks of the country's Ministry of Natural Resources and Ecology. To carry out the necessary research on the territory of Sochi and the Sochi National Park, five experimental sites have been created, where new drugs are used. For a long time, the control of pests using chemical treatment in protected areas was legally limited, despite the fact that the scientific community declared that these restrictions were inappropriate.

«We analyzed the legislation, worked with researchers and solved a number of joint issues with Rosprirodnadzor (Federal Service for Supervision of Natural Resource Usage), Rosselkhoznadzor (Federal Service for Veterinary and Phytosanitary Surveillance). The use of entamophages to combat an invasive pest is possible! It is necessary! And It is demanded! We use the entamophages with the help of chemicals. These drugs do not possess mutagenic, carcinogenic and toxic properties. We agreed on this list, received a conclusion, made changes and gave explanations to all protected areas - if possible, to apply appropriate methods of pest control,» said Irina Makanova, Director of the Department of State Policy and Regulation in the Development of Specially Protected Natural Areas of the Russian Ministry of Natural Resources.

Igor Sizov
# Sochi,Russia
More
05-14-2021
Expo 2020 to unveil a renewed future for global tourism in October
The successful face-to-face gathering of more than 370 delegates ahead of Expo 2020’s opening in October shows the next World Expo is set to become one of Dubai’s greatest success stories
05-14-2021
SA low-cost airline Mango suspends Zanzibar flights
South Africa's low-cost airline Mango has temporarily suspended its flights to Zanzibar, which is located 15 miles off the coast of Tanzania
05-13-2021
The Rosa Khutor resort in Sochi became the leader in the implementation of the all-Russian Dream League program
The Rosa Khutor resort in Sochi has become a leader in the implementation of the all-Russian program of therapeutic sports for children with special health capabilities, the League of Dreams
05-13-2021
Rostourism and ARCHIWOOD announced a special prize for the best hotel made of wood
The best country hotel made of wood in Russia will be chosen by the jury for a new award established by the Federal Agency for Tourism (Rostourism) and the All-Russian Architectural Award ARCHIWOOD
05-13-2021
SA court orders temporary halt in processing of tourism equity fund
A court in South Africa has ordered tourism minister Mmamoloko Kubayi-Ngubane to temporarily halt processing and making payments from the Tourism Equity Fund (TEF) until the matter is finalised
05-13-2021
Maharashtra Tourism & Agri-Tourism India to host two-day Int’l Agri-Tourism Conference on May 16
Maharashtra Tourism, a pioneering state in Agri-Tourism in India, will be celebrating the World Agri-Tourism Day on May 16 by hosting a two-day virtual international Agri-Tourism conference in association with Agri-Tourism India
Exclusive
Bird paradise in holy places
Birdwatching in the Nizhne-Svirsky Nature Reserve near St. Petersburg
Expert Reports
Thailand pulls all stops to contain new wave of COVID-19 infections
The latest restrictions will likely be in place for two weeks