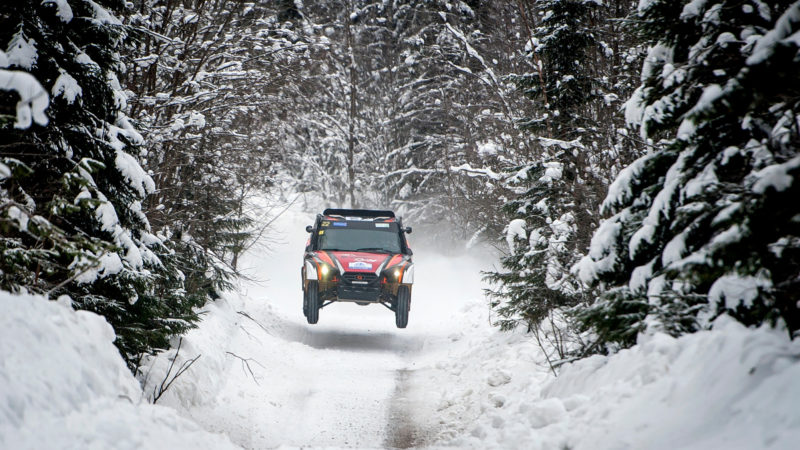 The only snow and ice off-road race in the world "Russia - Northern Forest 2022" will be held from February 10 to 13. It will open the Baja World Cup, which is the Spanish word for short rally raids on looped routes, according to the national tourist portal Russia.travel.

The most modern Russian circuit "Igora Drive" will become the main site of the extreme race. It is here that there will be a center for the judging staff, riders and teams, a service park, a closed vehicle park, start, finish and award ceremonies will be held.

“At the autodrome and in the immediate vicinity of it, spectator special stages will be organized. Fans will be able to see the exciting off-road testing in person on Saturday, February 12,” the portal notes.

Julia Chuchalova
# Russia
More
05-20-2022
Handkerchiefs have blossomed in Sochi
In the Southern Cultures park, flowers appeared on a unique davidia nvolucrata called the handkerchief tree
05-20-2022
New cruise brand to debut in Singapore on 15 June ‘22
Resorts World Cruises, a new Asian luxury and dynamic lifestyle cruise brand will have its global debut in Singapore on 15 June 2022 with the Genting Dream
05-19-2022
The popularity of gastronomic tourism is growing in Russia
Domestic tourism in Russia grew by 30 percent in 2021
05-19-2022
Roe deer have bred near the plant in the Transbaikal
This indicates a low impact of the enterprise on wildlife
05-19-2022
TAT strives to boost tourism to Thailand from the Middle East market
The Tourism Authority of Thailand (TAT) is strengthening Thailand’s presence as the preferred tourist destination among Middle East travellers to drive interest in returning to Thailand in the post-COVID-19 situation
05-18-2022
Korea to allow visa-free entrance to Jeju & Yangyang from June 1
From June 1, 2022, travellers are allowed to enter Jeju and Yangyang visa-free via international airports
Exclusive
Time to enjoy ecotourism
Recently, outstanding issues of ecotourism have received an appropriate response and things are definitely on the move
Expert Reports
Tourism industry needs resetting
Russians can reorient themselves exclusively to domestic resorts