Ecotourism in Russia to become the driver of the tourism industry 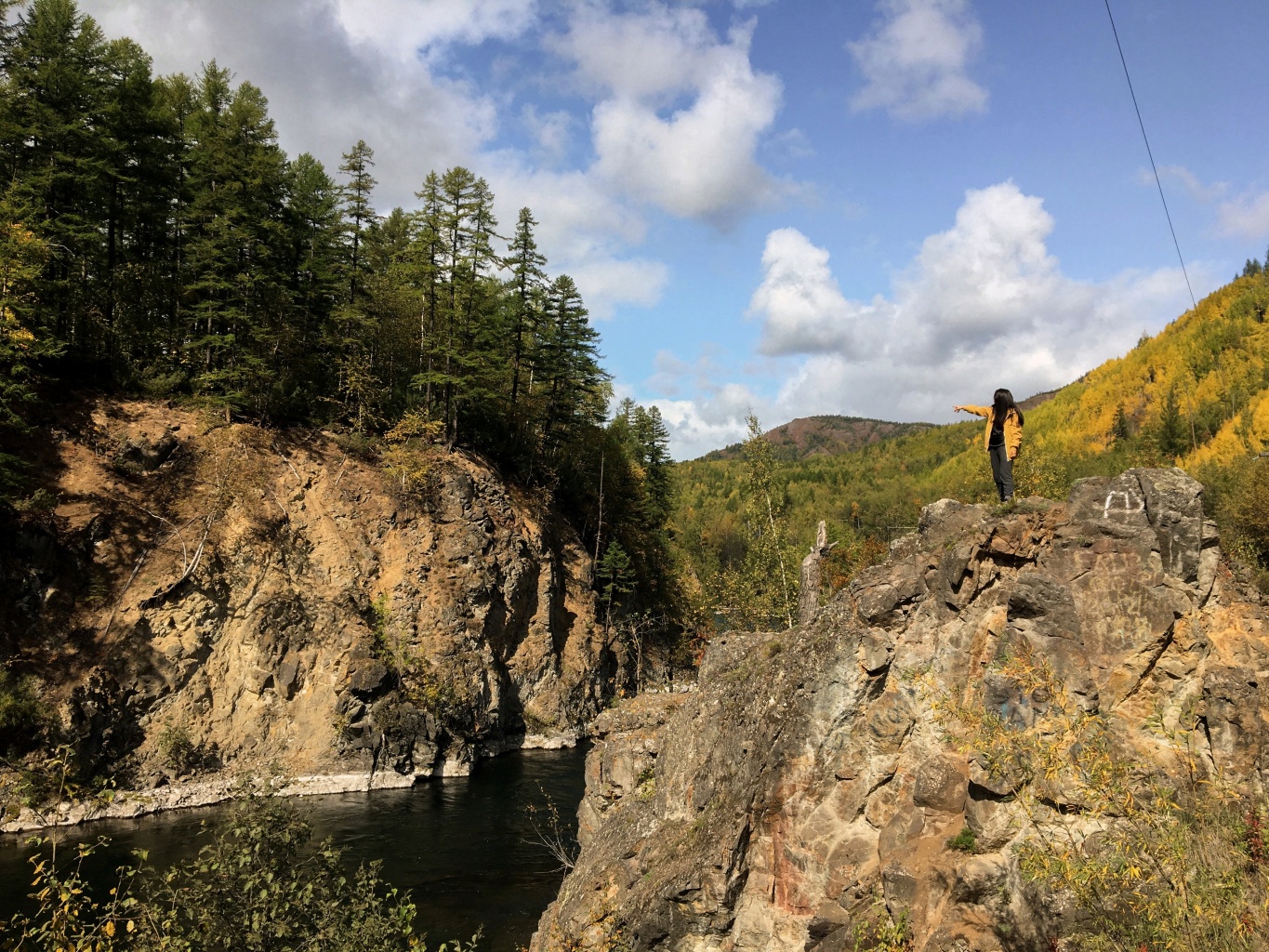 Ecological tourism in Russia has finally received the favourable attitude and focused attention from the government. The efforts of the industry participants and managers of the specially protected natural areas (SPNAs) have achieved their goal. At the end of December, the most important solutions were taken shortly after the round table ‘Ecological Tourism in Russia: Points of Interaction between Business, Society, Government and Specially Protected Natural Areas’, which took place at the Civic Chamber within the framework of the first meeting of the Committee on Ecological Tourism of the Russian Union of Tourism Industry.

The government of the RF has worked out the amendments to the legislation that will regularize the concept of ecotourism taking into account the need to preserve wildlife. The bill introduces some amendments to the law on the framework of the tourist activities in the RF, as well as to the law on specially protected natural areas in order to organize activities for the ecological tourism development in the SPNAs.

“In fact, ecological tourism is being introduced into the legal field, a legislative basis is being created to regulate such activities in specially protected natural areas,” emphasized Victoria Abramchenko, Deputy Prime Minister of the Russian Federation. “But the main task is to strike a balance when we can combine the conservation of wildlife and the development of nature reserves.”

In particular, the legislation will regularize the concept of ecological tourism as a type of recreation aimed at the acquaintance with the natural, cultural and ethnographic features of the area, and contributing to the preservation of the integrity of ecosystems and the growth of the socio-economic well-being of the local population.

Now Russia lags behind the development rates of the global ecotourism industry. According to the Federal Agency of Tourism of Russia (Rostourism), such national natural parks are visited by 318 mn people a year in the United States, while only by 9 mn people in Russia. At the same time, Russia is inferior not only in the number of park visitors, but also in the revenue that our ecotourism brings. For example, the United States makes $20 bn annually in ecotourism, Australia $3.5 bn, Kenya $500 mn. The Russia’s revenue is ten times lower, about $20 mn a year.

Meanwhile, we have every possibility of becoming one of the world leaders in the ecotourism segment. There are about 12,000 SPNAs in Russia, some of which are recognized as World Natural Heritage Sites by UNESCO. The SPNAs account for about 13% of the entire country, 350 visit centres are available to tourists, as well as about 100 nature museums with expositions about wildlife and the historical and cultural heritage of the areas, more than 40,000 km of ecological paths and routes.

So far, the share of the visitors to the SPNAs reaches only 10% of the total tourist flow in the regions of Russia, however, according to the head of Rostourism Zarina Doguzova, the demand for ecological tourism will keep on growing and the number will increase.

“The ecological types of tourism are developing very dynamically and growing annually by about 25-30%, the number of eco-tourists is expanding and the travellers are getting younger,” said the head of Rostourism. “A huge number of young people are ready to go to nature and even prefer this type of recreation to more popular beach vacations.”

According to the participants of the round table, it is already known that, within the framework of the government’s legislative initiatives, the opportunities for ecological tourism in Russia will be increased, including travelling in the national and natural parks, but at the same time, the eco-tourism organizers will need to strictly observe all the environmental norms and standards and preserve the valuable biological and landscape diversity in the specially protected natural areas. It is also proposed to prevent the use of infrastructure, transport and equipment that cause harm to the environment and damage the natural sites and habitats in the SPNAs. It will not be possible to exceed the maximum allowable recreational load on such areas; these parameters will be set by the federal state budgetary institutions that manage the protected areas.

It is planned to create a Unified Register of Tourist Resources of the Specially Protected Natural Areas, which will be maintained by the Ministry of Natural Resources. It is assumed that the revenue from the ecological tourism will also be used for the development and support of the required infrastructure and the involvement in the economic and social activities to protect the environment.

According to the industry representatives and managers of the Russian SPNAs, the amendments proposed by the government will improve the quality and attractiveness of the ecotourism services in Russia, increase the added value of the regional tourism product and attract investments in the development of the specially protected natural areas. However, the participants of the round table ‘Ecological Tourism in Russia: Points of Interaction between Business, Society, Government and Specially Protected Natural Areas’ are sure that the work on improving the legal and regulatory part should be continued.

In addition to the representatives of the RF Civic Chamber’s Commission on Ecology and Environmental Protection and the Committee of the Russian Union of Travel Industry for the Development of Ecological Tourism, the round table was attended by Director of the WWF in Russia Dmitry Gorshkov, President of the Russian Union of Tourism Industry Andrey Ignatiev, representatives of the Agency for Strategic Initiatives and the Russian Tourism Union, Director of the ANO Partnership for Reserves Natalya Troitskaya, Director of the Zapovednoye Posolstvo (Sanctuary Ambassade) Foundation Natalya Danilina, expert in the sustainable tourism at the Zapovedniki (Nature Reserves) eco-centre Alexander Zheleznyak, as well as the representatives of the national parks and reserves, specialized agencies, experts in the tourism industry and ecological tourism. During the discussion of the main problems of the ecological tourism development in the SPNAs, 39 proposals were received that can contribute to the development of ecotourism in Russia. They were included in the plan of the Committee for Ecological Tourism and will be implemented during 2021.

The Committee for Ecological Tourism of the Russian Union of Tourism Industry was established in October 2020. The main tasks of the Committee are to promote the ecological tourism development in the federal and regional protected areas, ensure the interaction with the government authorities, business and public organizations, provide assistance in the certification of excursion programmes, trails, routes, accommodation facilities, and advanced training of specialists and also help in the development of the ecological tourism standards and in the formation and promotion of the relevant tourism product, as well as in improving the regulatory framework.

As the President of the Russian Union of Tourism Industry Andrei Ignatiev noted, “Today, the UN World Tourism Organization considers the ecological tourism as one of the priorities for the development of the domestic and inbound tourism in any country.” According to him, 75% of the foreign respondents in the survey told that they would like to visit those accommodation facilities that comply with the environmental norms and standards. This shows that there is a very good demand for eco-tourism and it is the trend of the future.

“Therefore, for us, the participants in the Russian tourism business, it is absolutely clear that the process of developing the tourism infrastructure in our country, which is now underway and will be intensified, should be accompanied by a set of measures to minimize the negative impact on the natural ecosystems,” Ignatiev stressed. “I think that the potential of our Committee will be in demand in the future work on the national project, which is now under signing by the president.”

By the way, Ignatiev told very positive news to his colleagues and partners. Recently, in September 2020, the Russian Ministry of Natural Resources, with the participation of the World Wildlife Fund’s experts, updated the data on the total area of the specially protected natural areas. Today, it is a new world record - 255.6 mn hectares, or 13% of the area of our country.