What do you call an ox that gives fibers softer than cashmere and warmer than wool?
News
Exclusive
Expert Reports
Blogs

What do you call an ox that gives fibers softer than cashmere and warmer than wool? 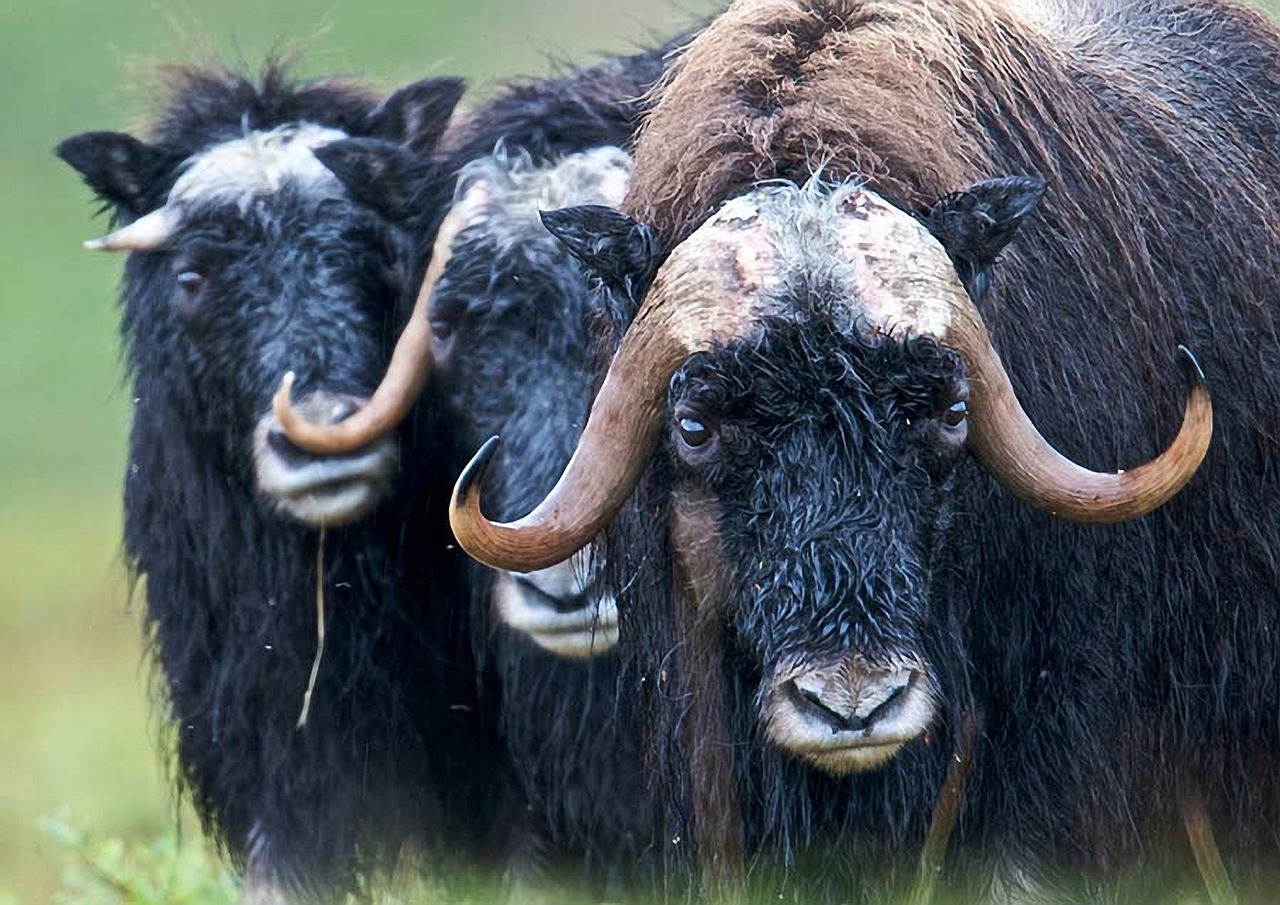 As part of a project to create ethnic villages in Russia, 10 musk ox calves were brought to the north of the Krasnoyarsk Territory. On specially created farms these animals will be domesticated and bred. They will as well provide a local cottage industry based on qiviut, one of the world's finest natural fibers.

The project in Volochanka is being implemented by the Husky-Tyal community, which won a grant under the state program of the Krasnoyarsk Territory «Preservation and Development of the Traditional Way of Life and Economic Activity of Indigenous Minorities», TASS reports.

At the moment, young calves were placed in special nursery pens. After they grow up and get stronger, they will be placed in more spacious enclosures.

Denis Terebikhin, a representative of the Husky-Tyal family (clan) community of the indigenous peoples of the North, said that everyone helped the novice herd breeders: the Yamal authorities and the reserve, the administration of the Tazovsky village, the Norilsk Nickel company.

And what kind of animal is it?

Musk ox has a different Latin name- «Ovibos» (literally sheep-ox). However to species is more related to sheep or goat rather than oxen.

The ancestors of modern animals inhabited the Earth about 10 million years ago. They lived in Central Asia. With climate change, these fluffy giants descended from the Himalayan mountains and settled in North Asia and Siberia. Their neighbors in those days were woolly rhinos and mammoths. About 150-250 thousand years ago, musk oxen crossed the Bereng Isthmus and moved to North America. Thus, their areal became the entire northern hemisphere.

However, time played a cruel joke with these seemingly hardened animals, and 3-4 thousand years ago these animals disappeared from Siberia completely - the exact reasons for the extinction are unknown.

Perhaps global warming is to blame.

However, it was not just a constantly changing climate that could have caused the extinction. Humans have always hunted the large, woolly animals, and musk oxen were no exception.

With the advent of guns, this beast became even more vulnerable. The fact is that for self-defense, a herd of musk oxen forms a circle and does not scatter in different directions.

Therefore, in Canada, where this animal continued to breed, hunting the musk ox was a special fun for the local residents. They always knew that their meat and wool would always be available without much effort.

Only in 1917, musk oxen were taken under the protection of the local government.

Now this animal is listed in the International Red Book.

Today, these animals live in North America and Greenland. The musk ox has also been introduced to Alaska, Nunivak Island and Nelson Island in the Bering Sea.

In addition, for the reintroduction of the musk ox in North Asia, where this animal originally lived, its populations were recreated on Wrangel Island and Siberia's Taimyr Peninsula.

About 800 individuals now live on Wrangel Island, and the Taimyr tundra is inhabited by about 8 thousand heads.

In this country, the first farm for the domestication of musk oxen was created in Taimyr in November this year.

In the United States, such farms have existed since the 1960s.

Why to domesticate these creatures?

The fact is that musk oxen give giviut, which is softer than cashmere and warmer than wool. In fact, this is the undercoat of a musk ox, which grows to protect the animal from extreme cold. 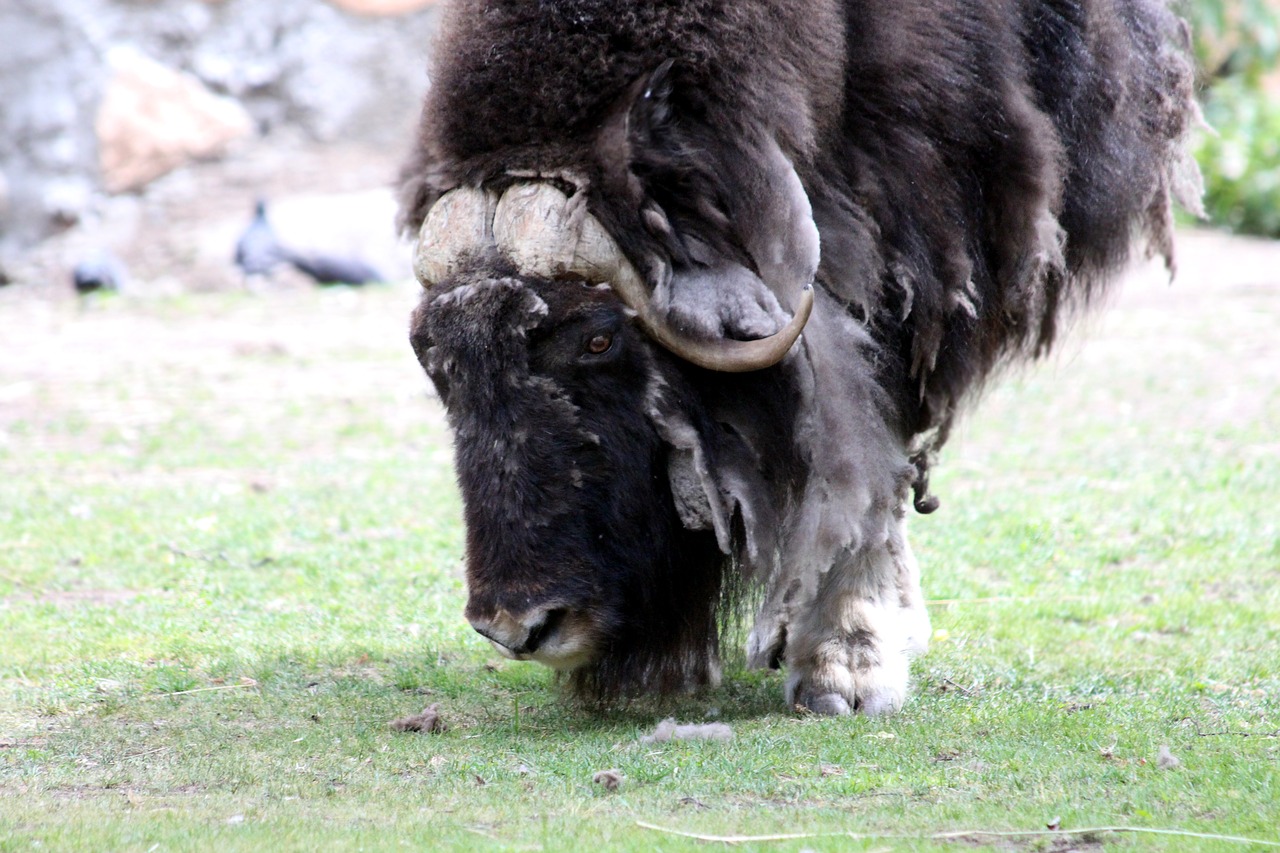 Like other animals, musk oxen need an undercoat only in winter - in cold weather - and by the onset of spring they begin to get rid of it. How? They "comb it out" on sharp driftwood or stones. In this case, the wool becomes dirty and is rarely allowed before processing. Therefore, on musk ox farms, another method of obtaining giviut was invented - breeders simply comb it with a special brush. In this case, the undercoat usually comes off in a single layer and is rather clean.

It is this method that will be used on Russian farms for breeding musk oxen.

It is worth noting that a kilogram of unprocessed giviut can cost up to $ 330-385.

It is reported that at the moment calves of musk oxen are doing well. Let's hope that they will take root on the farms, and we will keep enjoying products made from the wool of this unusual animal.
# Russia