Global warming is possible in the near future 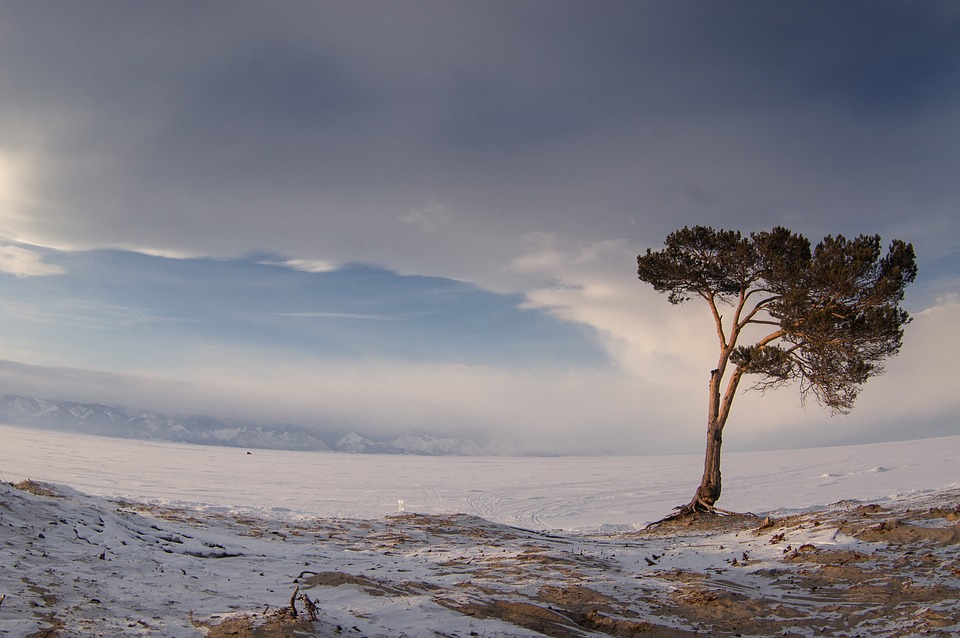 Almost apocalyptic changes in life on the Earth are predicted by the scientists from the United Nations Intergovernmental Panel on Climate Change (IPCC) who published the Sixth Assessment Report (since 2015) in early August. The forecast telling in detail about the human impact on the natural environment in the coming decades is based on the data from a set of mathematical models. And the prospects it predicts are gloomy.

According to experts, the climate crisis observed in recent years and caused, “certainly”, by human activities has already affected every part of the planet, and the situation could change for the worse. This is confirmed by frequent heat waves, droughts, flash floods and other natural disasters. Whether these are large regions like America, Europe and Asia, or polar regions and smaller islands, the Report clearly shows that climate change will necessarily affect every part of the world. For those who refused to believe in climate change, this news is officially published.

The Report estimates that global warming is likely to reach or exceed 1.5 degrees Celsius in just the next two decades. It also highlights the current state of the climate when the atmospheric concentrations of a number of greenhouse gases are growing, the water cycle is increasing, the frozen parts of the globe are melting and the oceans are warming. The Report made by hundreds of the world’s leading scientists and signed by the governments of all the countries in the world concludes that the situation could change for the worse if the remaining small chance of preventing warming by above 1.5°C is not immediately taken.

The Report shows that greenhouse gas emissions from the burning of fossil fuels, deforestation and other human activities are now clearly destabilizing the mild climate in which civilization originated. The carbon dioxide levels in the air are now at their highest during at least 2 million years.

All of this has already impact on the people everywhere, the Report says. The faster ice melting has poured trillions of tonnes of water into the oceans where their oxygen levels drop, which is bad for the seas, and their acidity rises. The sea level has already irreversibly increased by 20 centimetres.

The periods of heatwaves and heavy rains that lead to flooding have become more intense and frequent since the 1950s, affecting over 90% of the world’s regions. Drought is increasing in more than 90% of regions, for which reliable data are available. The likelihood that the number of major hurricanes and typhoons has increased since the 1970s is over 66%.

So what of the future? Some heating is already inevitable. We will definitely hit 1.5oC of warming in the next two decades, whatever happens to emissions, the IPCC finds. The only good news is that keeping to that 1.5oC of warming is not yet impossible.

But it will require “immediate, rapid and large-scale reductions” in emissions, say the scientists, of which there is no sign to date. If emissions do not fall in the next couple of decades, then 3oC of heating looks likely; and if they don’t fall at all, the Report says, then we are on track for heating by 4oC to 5oC, which is apocalypse territory.

Extreme heatwaves expected once every 50 years without any global heating are already happening every decade. With 1.5oC warming, these will happen about every 5 years; with 2oC warming, every 3.5 years; and with 4oC, once every 15 months.

One of the most blunt sections of the Report begins, “Many changes due to past and future greenhouse gas emissions are irreversible for centuries to millennia.” This particularly affects the world’s oceans and ice, which absorb 96% of global heating, meaning ice will keep melting and the oceans rising towards our many crowded coastal cities.

The likely water rising range is between 28 cm and 100 cm by the end of the century, but it could be 200 cm by then, or 500 cm by 2150. Extreme events caused by the sea level, such as coastal flooding, that occurred just once per century in the recent past are projected to happen at least annually in 60% of places by 2100.

“We can no longer assume that citizens of more affluent and secure countries like Canada, Germany, Japan and the US will be able to ride-out the worst excesses of a rapidly destabilising climate,” says Prof Katharine Hayhoe, chief scientist at The Nature Conservancy. “It’s clear we’re all in the same boat - facing a challenge that will affect every one of us within our lifetimes.”

What impact will global warming have on Russia? Sergei Dobrolyubov, Doctor of Geography, Corresponding Member of the Russian Academy of Sciences, Dean of the Faculty of Geography, Lomonosov Moscow State University, spoke about what the Report said about Russia, what the main environmental problems would arise for the Russian regions due to global warming.

Not much is said about Russia. Basically, a global approach is given, but still, several slides are shown that are directly related to Russia. First of all, about the increasing impact of climate change on the Arctic. This is very important to us! If average temperatures rise by 1.5 to 2 degrees Celsius, the temperatures in the Arctic wil rise by 7oC to 10oC. This, of course, will have a direct effect on Russia.

The forecast of the ice situation really suggests that after 2050, according to the worse scenario, if the CO2 emissions are the same, this is really possible and the probability is quite high. But the ocean will be free of ice by September and freeze again in October. The ice will appear every year. In the winter season, the ocean will be covered with ice, and by the beginning of autumn, it may be completely ice-free. Such a situation might very well arise.

According to him, despite the positive aspect - it seems that the Northern Sea Route can be used more efficiently - there is nothing good about that for Russia. First, we must find the cargoes that are required for functioning the Northern Sea Route. So far, there are very few transit goods. If we do not take into account the defence interests and the security considerations, the northern delivery and export of oil products and liquefied gas is important for us. The oil products and liquefied gas are transported over our western seas, the Barents Sea and the Kara Sea, which generally become ice-free very quickly. In general, the Barents Sea is not covered with ice even in winter, the Kara Sea remains ice-free in its southern part, too. Yamal can be reached all year round, even without special icebreaker escort for vessels. However, there are no concrete orders yet to transport goods by the Northern Sea Route, for example, from Japan to Norway.

We must not also forget that the NorthWest Passage through the Canadian Islands is also free of ice. And then, the questions of politics arise like whether the countries using the Northern Sea Route would like to use our icebreaker escort for vessels or how expensive this service would be for them. If there would be no icebreaker escorting by others at all, it is another situation.

According to the expert, the most difficult situation is not connected with the ice situation in the Arctic Ocean, but it is connected with the permafrost melting and, accordingly, the sinking of the foundations and other related issues, including the swamping of these areas. He also mentioned that the permafrost also contained various animal burial sites, and if they begin thawing, it will cause a big problem.

So what can be done?

While this Report describes the downsides of warming more clearly and confidently, the experts hope that if it is possible to decrease the global emissions by 50 percent by 2030 and they reach net zero by the middle of this century, the rise in temperature can be stopped and, possibly, reversed.

Scientists around the world do not give up; so, almost immediately after the publication of the Report, several computer models of the development of civilization were created offering some ways to stop global warming. The product of giant computer simulations of the world economy are called integrated assessment models. There are half a dozen major versions of them: four developed in Europe, one in Japan, and one in the U.S., at Pacific Northwest National Laboratory.

“What we mostly are doing, is trying to explore what is needed to meet the Paris goals,” says Detlef van Vuuren, at the Netherlands Environmental Assessment Agency, which developed one of the models.

The good news is that the models found a way to meet that target, at least in scenarios where world governments were inclined to cooperate in meeting their Paris commitments. In fact, according to Keywan Riahi, at the International Institute for Applied Systems, in Austria, they found multiple paths to zero carbon.

“It is still possible to forestall most of the dire impacts, but it really requires unprecedented, transformational change,” said Ko Barrett, vice chair of the Intergovernmental Panel on Climate Change. “The idea that there still is a pathway forward, I think, is a point that should give us some hope.”