Winter vacation in the Crimea: Active and environmentally friendly

The Crimea is strongly associated with summer vacations, and many people do not even imagine how beautiful it is in winter, how many interesting things they can see here. Of course, they cannot sunbathe on the beach and swim in the sea but can enjoy all other types of tourism.

In winter, there is more time to visit many interesting sights and attractions of the Peninsula, because in summer, the vacationers try to relax at the seaside. In addition, prices for air tickets and hotel rooms are significantly declined, there are less traffic jams and less visitors to the local museums and attractions.

The trips to the Peninsula in December-February are especially popular among the enthusiasts of educational tourism. They get a rare chance for a leisurely and full tour of all architectural, cultural and natural attractions. 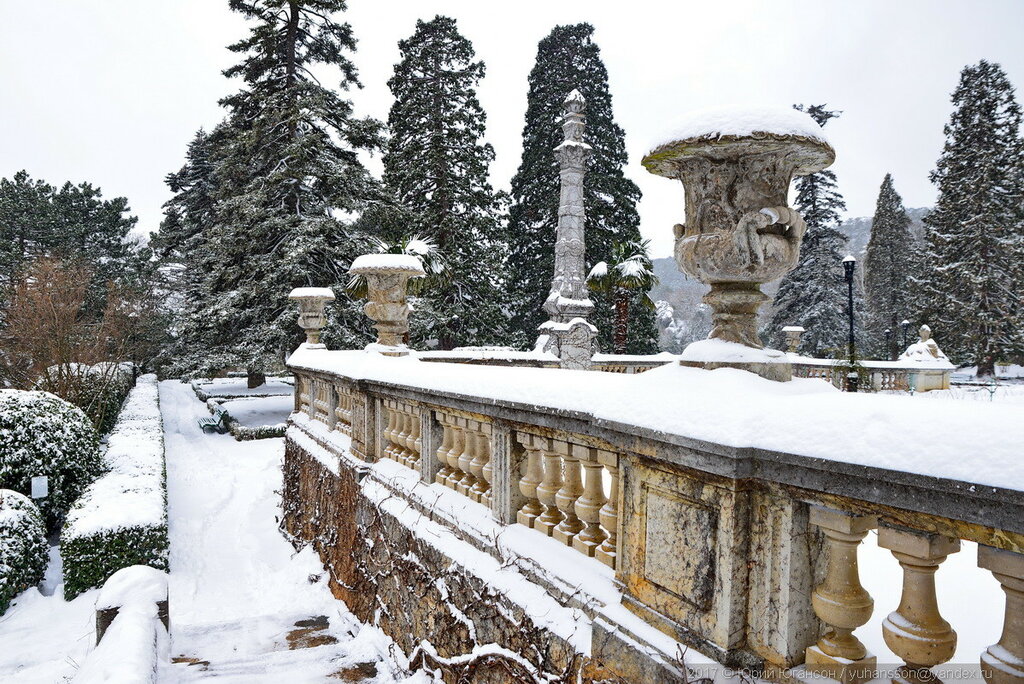 In winter, new opportunities for outdoor activities appear that the travellers do not have in summer. Tourists can go skiing, snowboarding, sledging and skijoring - when a person on skis is pulled by a motor vehicle, horse or dog (or dogs) - and rent snowmobiles and quadricycles. The Ski Crimea - it is the Ai-Petri Mount, Angarsk Mountain Pass, and the Chatyr-Dag Mount. The picturesque Angarsk Mountain Pass has been appreciated by mountain skiing enthusiasts since the middle of the last century; there are trails for beginners and extreme slopes for professionals with a vertical drop of up to 600 metres. The snow lies for a long time, until mid-April, the guests can ride here on snowboards, sleighs, and ‘donut tubes’.

The Chatyr-Dag Mount is slightly less popular than the Angarsk Mountain Pass, mainly due to the chairlifts that do not function any longer. Although for some people, this may be an additional advantage, as they say ‘the fewer, the better’. The freeride enthusiasts prefer fewer people in the mountains to be happy and they have chosen the Chatyr-Dag’s slopes long ago.

In the Ai-Petri Mount, skiing is most comfortable for children and beginners. There are several ski runs - courses for skiing - of varying difficulty, people also enjoy ‘après-ski’ (entertainment after skiing), and they use a rental service and can take a couple of lessons from a ski instructor. The Ai-Petri plateau has the slopes with simple and average characteristics for beginners and experienced skiers and the skiers can choose any of six slopes, one of them is for those who is fond of freestyle skiing. The skiers get to the plateau by a year-round cable car (several drag lifts) and snowmobiles. Snow lies here from December to the end of March when magnolias are in full bloom in the ‘City of Happiness’. So, from the standpoint of climate, the Crimea is a truly unique place, it was a reason that the Russian tsars and nobles came to the Peninsula and built their palaces and houses here.

In the mountains of the Crimea, there are also special routes of varying difficulty in winter. The best way to try mountaineering is to climb the Koshka Mount in Simeiz. Easy climbing combined with stunning views is a real pleasure - without much effort. Another alternative is to go along Via Ferrata (in Italian - an ‘iron trail’), a rock route equipped with a stationary steel cable, with metal brackets-steps in difficult places. Via Ferrata makes rock climbing possible and fast. It is an interesting and fairly safe way to get to the places that only experienced rock climbers could reach before.

The culture of outdoor activities in the mountains is most developed in Europe. Via Ferrata are very popular there. The route network to the Ilyas-Kaya Mount in the Crimea is the first European-level project that appeared in Russia in the fall of 2018. Compared to rock climbing or mountaineering routes, Via Ferrata does not require a deep knowledge of belaying techniques and a lot of equipment. The easiest route - the ‘Children’s’ route - is intended for kids from 7 years old, and 10-year children can go along the ‘Basic’ route (semi-complicated), and the children from the age of 12 can choose the longest ‘Marathon’ route in the mountains, and the teenagers from the age of 14 are allowed to take the ’Extreme’ route. 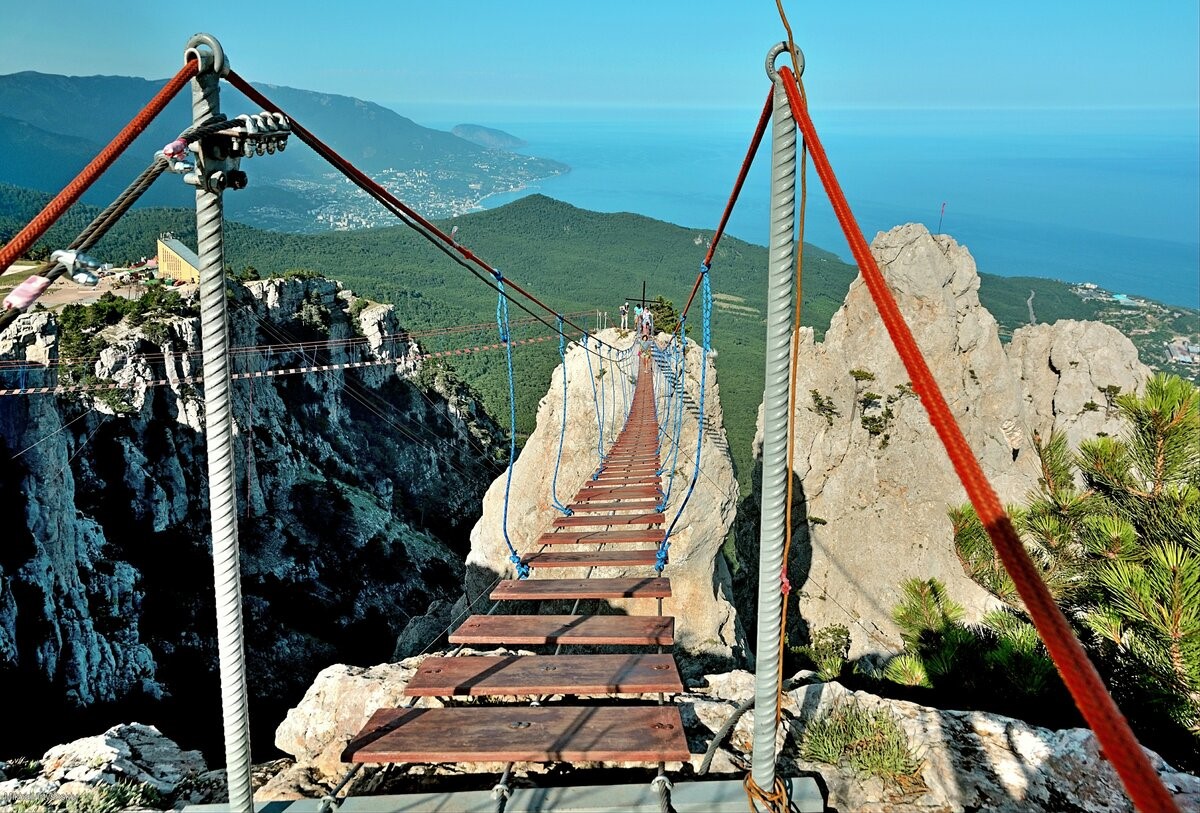 If you are too lazy to go uphill, you can go down into the caves. In the Crimea, there are an incredible number of them - about a thousand, and most of them are in the Chatyr-Dag Mount. In summer season, there are many tourists in the Chatyr-Dag caves, but in winter, few tourists visit it and every crystal can be looked at in detail. The largest caves most popular with the tourists, including the Marble and Krasnaya (Kyzyl-Koba) ones, are open all year round. The air temperature inside the caves, does not drop below +10°C even in winter, and it is often much warmer inside the cave than outside, on the surface. The Marble Cave, the walls (90%) of which consist of marble-like limestone, is recognized as one of the most beautiful not only in the Crimea, but also in Europe. Its acoustic characteristics are considered ideal, that is why, musical performances, evenings of classical music are regularly held there as well as the evenings of songs composed and performed by amateur singer poets.

The Marble Cave consists of several cavities, the most interesting is the Gallery of Fairy Tales, which has many stalactites and stalagmites of intricate shapes, there is the Host of the Cave, Santa Claus, Elephant, Mammoth, Frog Princess. The Tiger Tunnel, a side branch of this cave, is 400 metres long. This route is an additional one, many tourists refuse to visit it to save their time or money, but it is the most beautiful one. The tunnel was discovered in 1990, a tooth of a sabre-toothed tiger (as the discoverers assumed at first) was also found there. Later on, they found out that it was a cave lion’s tooth, but the name was not changed.

The Health Trails are great for trekking, hiking and Nordic walking. Most trails are on the South coast, although, of course, the visitors can practice a terrain cure all over the Crimea. The terrain cure trails are of different length and difficulty. The Tsarskaya Trail, 6.7 km long, has a minimal slope and is recommended for the vacationers who have a respiratory difficulty. This route is known for its magnificent views from the viewing decks and is considered one of the best areas for a terrain cure.

The Botkin Trail also has no special requirements for physical fitness, therefore, it is good for people of any age, and its length is only 4.6 km. It improves health and is also a good experience. While going this trail, the guests can admire the Lower and Upper Yauzlar waterfalls and even quench their thirst.

The Taraktash Trail requires to be physically fit as not everyone can go a 3.5 km uphill trekking trail through the broad-leaved and coniferous forest from the Uchan-Su Waterfall to the top of the Yalta massif with an elevation of up to 600 m. By the way, Dzhur-Dzhur, another popular waterfall, can be seen in the village of Generalskoe near Alushta. Now, the waterfalls will be especially full of water because it rains in winter in the Crimea, and snow melts from time to time, and all the water flows to the mountain streams.

Enthusiasts for horseback riding would enjoy trekking to the Demerdzhi Mount, where several horse clubs are based. The tourists are briefed for accident prevention and they feed the horses to ‘win their favour’, but the horses are ‘sweet-natured and friendly’, so people enjoy the contact with them even before the trip. While trekking to the top and standing at the highest point, the travellers see stunning landscapes, and this is also one of the best places in the Crimea to meet the sunrise or sunset while being above the clouds. The Valley of Ghosts is also nearby. At the setting of the sun, the shadows from the bizarre rocks resemble some ghosts, and the clouds rising from all sides create a special mystical atmosphere.

When tired of walking along the mountain slopes, the tourists can go down to the flower paradise. The famous Nikitsky Botanical Garden practically does not know what a real winter is, its plants delight the eye all year round with a variety of flowers and a riot of colours. In January, the Japanese apricot trees are in blossom, and there are snowdrops, hybrid strawberries, low growing sarcococca, and some varieties of roses do not stop blooming all year round.

Another popular type of outdoor activities in the Crimea is winter fishing. In small villages near Yalta and Feodosia, there are fishing villages where the tourists can stay overnight, take a steam bath, have food and enjoy exciting fishing for carps, sea breams or mullets. And in Koktebel, one-hour hot air ballooning trip is offered to real enthusiasts of winter adventure sport and tourism.

Those who are fond of architectural tourist attractions have a chance to go sightseeing to the palaces and residences around Yalta during the winter holidays, as well as the Foros Church, the Khan’s Palace in Bakhchisarai, the fortress cities Mangup-Kale and Eski-Kermen carved in the rocks. The city of Kerch is interesting with excavations of ancient cities, the Tsar’s burial mound dating back to the period of the Bosporan Kingdom, as well as with the oldest Christian church of St. John the Forerunner, and the Yenikale fortress.

In Feodosia, the travellers can see the fortress of the Genoese Republic, wander among the towers and remains of the fortress wall and churches, and at the same time, imagine themselves as prominent slave traders of the legendary Kafa. Under this name, Feodosia was known throughout Europe in the Middle Ages as the largest port and centre of human trafficking.

The ruins of the ancient city of Chersonese are the main tourist highlights of the Sevastopol environs. At the same time, while spending the vacations in Sevastopol, the tourists should visit the ‘35 Battery’, a unique and free museum complex with interesting excursions to the very centre of the defense operations. Here, they can see the static display on the ground, watch a good film about the defense of Sevastopol, and then make a tour of the underground labyrinths of the artillery battery. 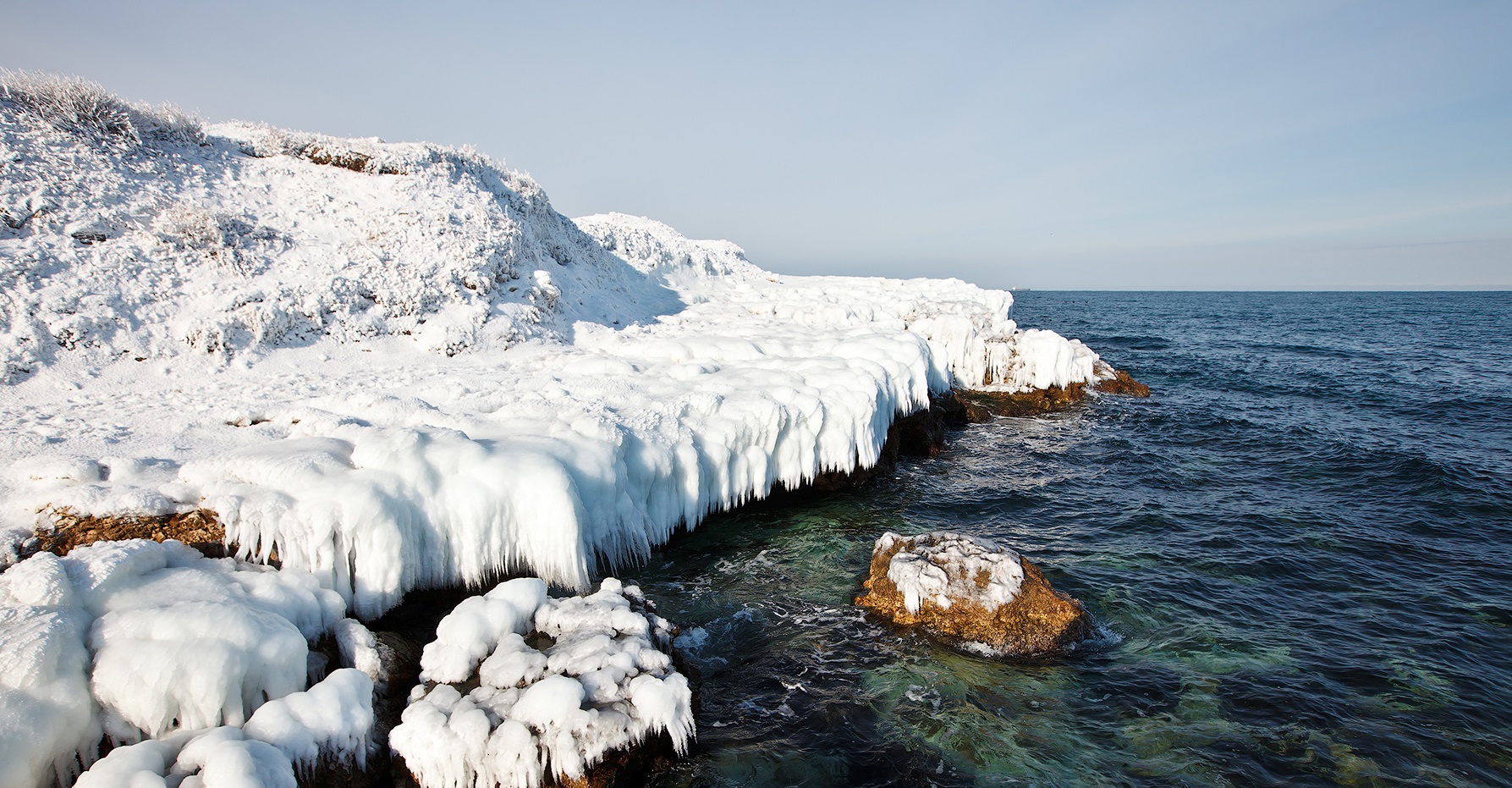 As for the place where the tourists can stay in winter, the most popular cities are Yalta, Sevastopol and Feodosia. They have a rich choice of hotels, spas and rental houses, and the environs are amazing. Each of these cities offers a lot of tours and excursions and short, one-day tours of the nearby towns and settlements.

More
What can interest an ecotourist? Exceptional nature - of course, vastness - definitely, unusual animals - surely. What if we tell you about the places where you can have it all at the same time.
﻿The Khakassky Reserve is a unique combination of the amazing nature and ancient culture of Siberia
Alexander Kirilov tells about the development of the northernmost and largest specially protected natural area in Russia