Will Beijing 2022 Olympics be held for sure?
News
Exclusive
Expert Reports
Blogs

Will Beijing 2022 Olympics be held for sure? 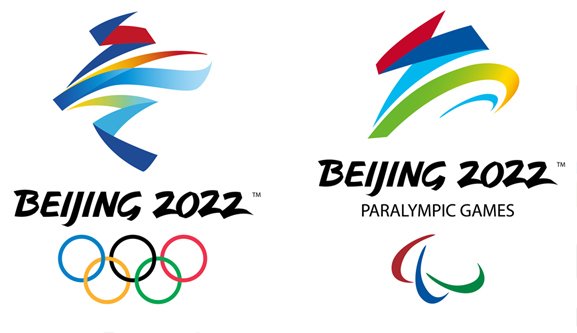 The Beijing 2022 Winter Olympic Games is in trouble as they might not be able to go ahead as planned due to COVID-19.

Less than six months after the closing ceremony of 2020’s postponed Tokyo Olympics in the summer, Beijing 2022 Winter Olympics is set to start on 4 February and end 20 February 2022.

A cheerful panda called “Bing Dwen Dwen” has been chosen as the Olympic mascot for the Winter Olympic Games Beijing 2022. The new Olympic mascot - the cheerful panda - will serve as an ambassador for winter sports, bringing joy to those who participate in and watch the Winter Olympic Games. “Bing” means ice and also symbolises purity and strength, and “Dwen Dwen” represents children. The mascot embodies the strength and willpower of athletes and will help to promote the Olympic spirit.

The Beijing 2022 Organising Committee received over 5,800 mascot designs from China and 35 countries around the world in a global design competition. The designs were reviewed by Chinese and international experts, with the final selections made by teams from the Guangzhou Academy of Fine Arts and Jilin University of the Art.

“Bing Dwen Dwen” is encased in a full-body “shell” made of ice, and the heart shape in its left palm represents the host country’s hospitality. The bright colours of the halo around its face represent ice and snow sport tracks, signifying connectivity and advanced technologies.

Several cities withdrew their applications during the bidding process, citing the high costs or the lack of local support for hosting the Games. Beijing was selected as host city of the 2022 Winter Olympics after beating Almaty by four votes on 31 July 2015 at the 128th IOC Session in Kuala Lumpur, Malaysia.

However, Olympics Tokyo 2020 which is scheduled for beginning 23 July, 2021 till 8 August, 2021 is in doubt as the Japanese capital is in a state of emergency. A dramatic rise in coronavirus cases in Tokyo has reignited speculation about the Olympic Games, which are due to open in the city in just over six months’ time. Japan widened its coronavirus state of emergency to cover more than half the population recently as surging infections sparked warnings of intense pressure on hospitals. The Japanese government and the International Olympic Committee (IOC) decided in March last year to postpone Tokyo 2020 by a year due to the pandemic, and agreed that a second delay was out of the question. The only remaining options are to go ahead this summer or cancel the Games altogether.

The organisers would soon have to decide whether to allow overseas spectators to attend. The IOC and Games organisers say they have a “toolbox” of measures that will make it possible to ensure the safety of 15,000 Olympic and Paralympic athletes, as well as tens of thousands of officials and other Games-related staff, but they are not due to reveal detailed plans until the northern hemisphere spring.

Speculation is building that a decision on the Games future will have to be made by the end of March when the torch relay, involving 10,000 runners, is due to start in Fukushima. Japan is not due to start vaccinating its 126 million people until late February at the earliest, beginning with 10,000 frontline medical workers, followed by vulnerable older people in March.

The government’s determination to push ahead with a “safe and secure” Olympics is at odds with public opinion, which has turned against the Games since COVID-19 cases began to surge in the host city and other parts of the country towards the end of last year. While Japan has avoided a catastrophic COVID-19 outbreak, the country is struggling to contain the most recent surge. The nationwide caseload rose above 300,000 on Wednesday, while the death toll reached 4,187. Under the latest move, Osaka and other parts of western Japan will join the state of emergency along with Aichi, a centrally located industrial and commercial hub, and Fukuoka in the south-west.

Back to Beijing and Olympics 2022, speculations are rife as it now stands on high alert with cases spiking in surrounding Hebei province, which has reported 310 cases in a week. This is the largest outbreak in China this winter, with concerns growing because of the upcoming national holiday for Lunar New Year, a time of mass travel in the country.

In fact, Hebei is where the rest of the Winter Olympics will take place. Beijing might get the name but several events are hosted well outside the city. International sporting events, such as the 2020 Formula 1 Shanghai Grand Prix, were ditched completely as the country tightened its borders. This year is to follow a similar format, with Shanghai reportedly left off the 2021 F1 calendar altogether, among other examples.

China’s past success in its fight against COVID-19 had come, in part, at the expense of high-profile international sporting events, but there is nothing more high-profile or international than an Olympics. It is reported that though Beijing 2022 has done a fine job in its preparations so far, it could all prove to be in vain depending on how things progress from here on.