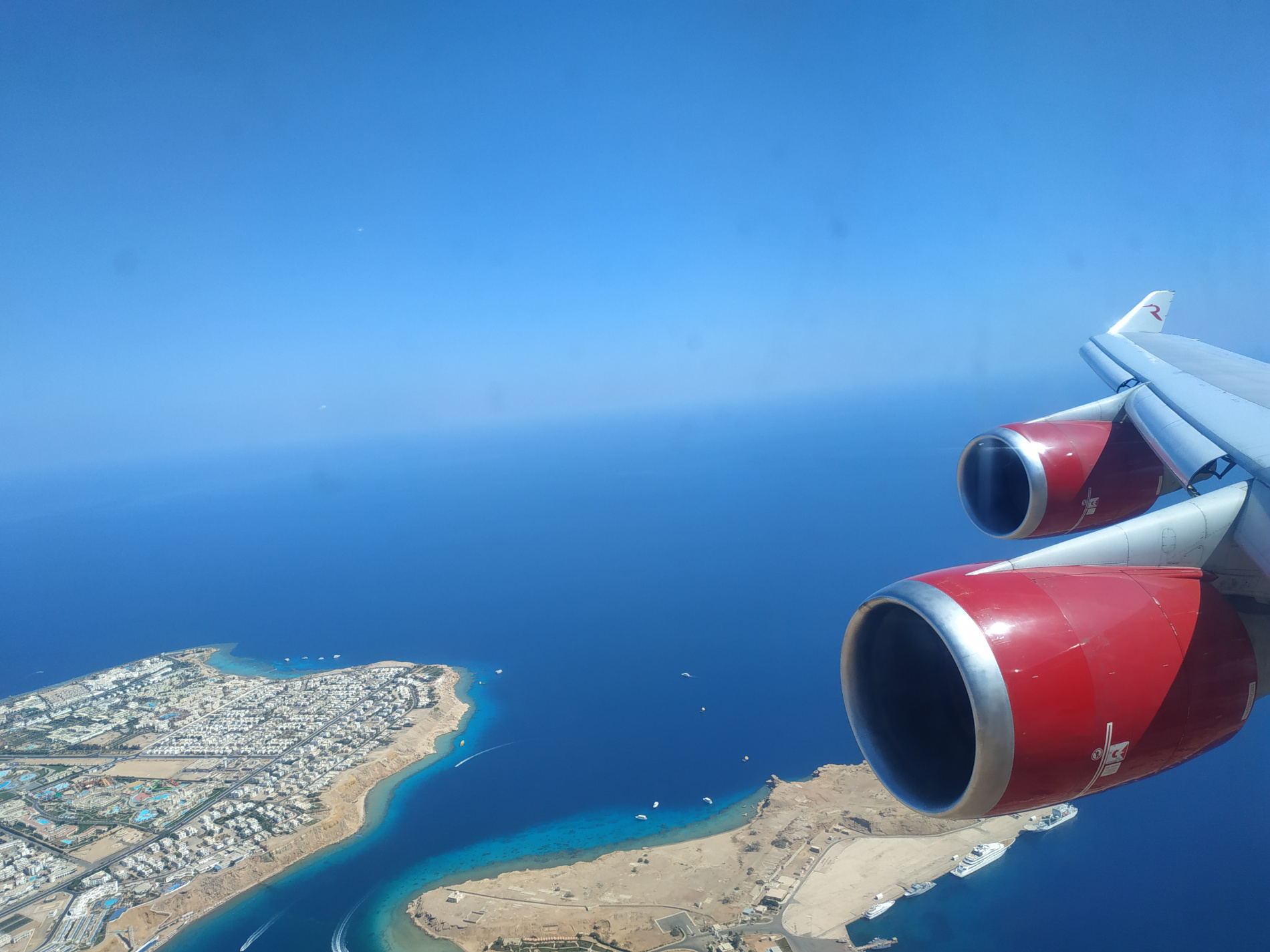 Egypt was reopened to the Russians from August 9, on this day, the airports of Hurghada and Sharm el-Sheikh received the first flights from Russia, and the hotels welcomed their first guests. EcoTourism Expert tells the first tourists who appeared on the Red Sea coast after an almost six-year break in flights what they need to be ready for.

The most important thing the Russians can worry about is the security. We would like to reassure the travellers right away - the security is better now. First, when flying out of this country now, you won’t be able to get into the airport lobby without showing your foreign passport to the guards at the entrance, which they check with the data written in your travel itinerary receipt. Another checkpoint was added, just before boarding the bus going to the plane, in the airside zone, where special employees check the passengers’ hand luggage.

And, by the way, they check it very carefully - taking out and looking at every, even the smallest thing that you have in your carry-on luggage. For example, our correspondent was not allowed to take a half-full bottle of sunscreen cream to cabin; by the way, he was allowed to take it in my hand-luggage in Russia.

Due to the tightening of security measures, passengers have to stand in more lines and spend much more time than earlier going through all the checks. So, for example, we were brought on the return flight about three and a half hours in advance, and practically all this time, we were moving from one check to another. On the other hand, the security is never “too much”, so, we just take into account the additional time and get used to the new reality.

As for the protection against the coronavirus, those who are Sputnik V-vaccinated or have a negative PCR test for Covid-19 (made no earlier than 72 hours before departure) can fly to Egypt. To confirm that you are healthy, you must have a certificate translated into English with a QR code. Immediately after arrival, you show the certificate to the airport staff, as well as the completed “health certificate”, where the details of your passport are indicated as well as the hotel in which you plan to stay in Egypt, and your flight number to this country...

It is interesting that the luggage is checked even at the exit from the airport, which was not done earlier.

We would like to say right away - the service quality in Egypt has somewhat lowered during the time there were no flights from Russia to this country. Of course, the Covid-19 pandemic also influenced, as quite a lot of hotels were suspended last year and have reopened quite recently. As a result, almost all the negative nuances the tourists could experience now during their vacations in this African country were associated with this.

The hotel in Sharks Bay where our correspondent stayed for a week, for example, has just recently reopened after suspending for the whole pandemic period. Therefore, the newly recruited staff, although they tried their best, could not satisfy all the vacationers’ requirements. So, the Wi-Fi signal was very weak, and so weak that the Egyptians allowed to connect to the hotel’s (office) Wi-Fi. Not every hotel had enough sun loungers on the beach and near the swimming pools, and there were also problems with food.

Of course, there was enough food and the tourists were not hungry. For breakfast, they always offered cereals and salads, scrambled eggs and pancakes, we had real coffee made for us - not instant one. But the experience of travelling to Egypt showed that six years ago, the choice of food was much better even in three-star hotels.

By the way, you won’t be able to go to the dishes yourself and put a “mountain” of food and leave half of it on your plate. Now, you hand your plate to the waiter behind the plastic screen and show him what salad you want to have. And this, frankly speaking, is great - because there is no point in the way many tourists throw themselves on food at the restaurants, and as a result, almost no one can eat the food they put on their plates.

Over almost six years, the prices have grown, you need to be ready for this. For example, if you plan to go on excursions around the country from the resort areas of Hurghada and Sharm el-Sheikh, then immediately after leaving the plane, you need to pay for a visa that now costs $35. It seemed that the price for taxi increased. Earlier, it was possible to get to the coral reefs of Sharks Bay from the Nabq Bay or Naama Bay area for $6-7. Today, the tourists need to bargain very long and hard to pay less than ten “bucks”.

It is not very cheap to travel to Egypt yet. A week’s rest can cost an average of 50 thousand roubles per person, if you want a hotel closer to the seashore and more or less normal food. As for food, at least when staying at a 5-star hotel, there is a chance to have a fairly rich choice of food.

Of course, the situation with the number of flights should change soon. So, the reduction in the cost of tours to the Red Sea can be expected.

It’s worth going to Egypt as getting familiar with a country - in fact, a year-round warm resort - that is not as far away as popular Thailand or the Dominican Republic and does not cost as much as travelling to the Emirates, will definitely become the life-giving breath of fresh air for many Russians. I am sure, the prices will decline a little, and as for security, I hope, the Egyptians improved it, at least, it is clear that they want to control everything much more seriously. I hope, that would continue to be the case.