Mexico - a country of ancient pyramids and Caribbean pirates, pink lakes and unscared birds in the wild

Anna Alexandrova is considered the best guide on the Yucatan. She is a historian by background. She lives in Playa del Carmen. She has been working in tourism for 12 years, eight of them in Mexico and knows everything about this country - or almost everything.

Anna told EcoTourism Expert about the ancient Mayan towns, nature reserves and the most exotic places of the Yucatan Peninsula.

- This part of Mexico is among the most beautiful places in this world. What destinations and attractions do you - as a historian and as a guide - consider the most interesting?

- There are three tourism destinations here: the Mayan pyramids, cenotes (sinkholes) and the sea, including islands and the second largest barrier-reef (the first one is in Australia). 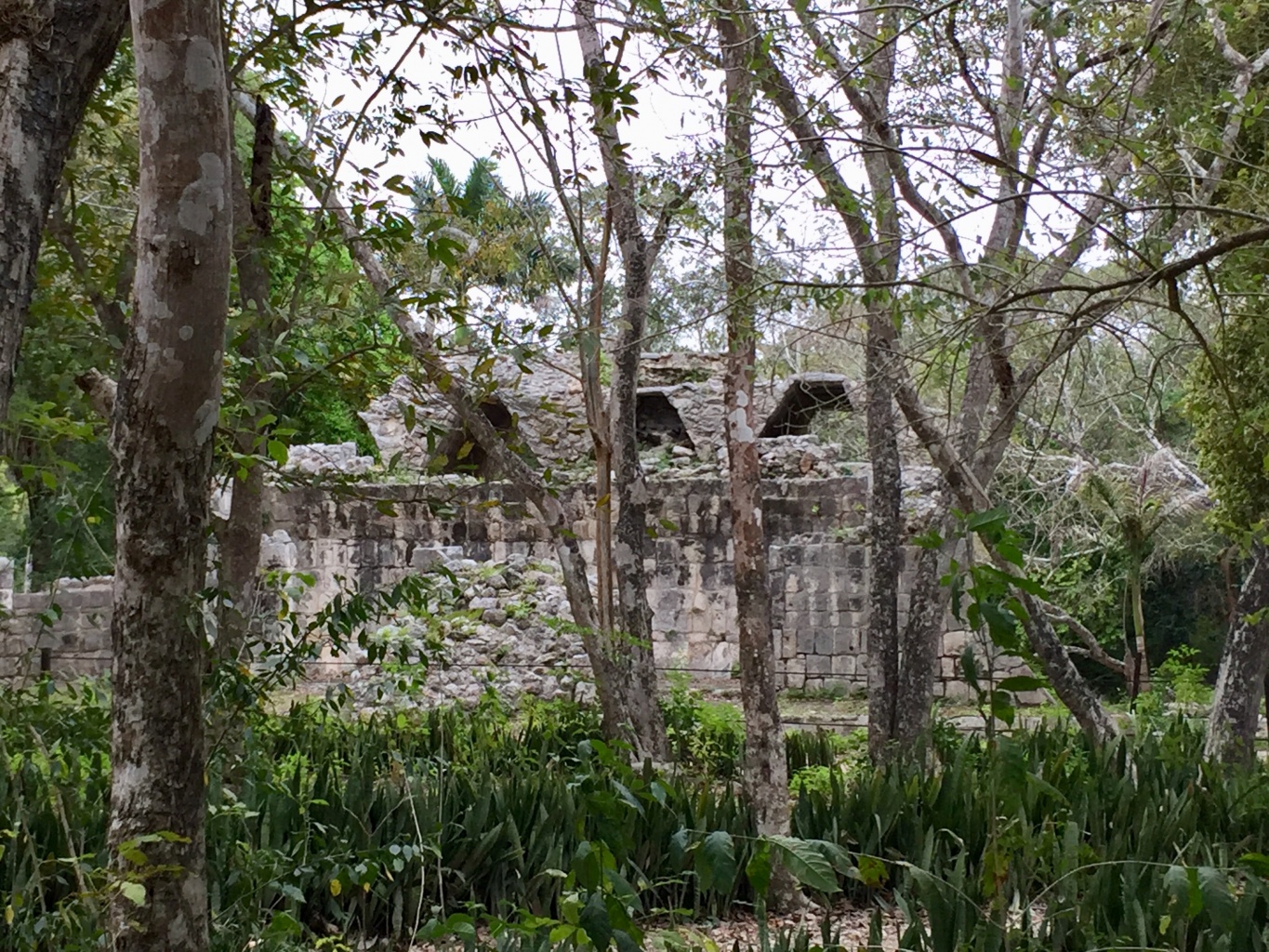 These tourist attractions can be visited individually or combined in one tour - such as a trip to Ek Balam (Pyramids of the Black Jaguar), the Rio Lagartos river with crocodiles, the cenote and pink lakes - you can see immediately several amazing places in one day.


As for the pyramids, perhaps, the grandest centre of the Mayan civilization is Chichen Itza with its famous Cuculcan Pyramid, which is also the Temple of the Feathered Serpent. This ancient and mystical town is one of the seven wonders of the world and a UNESCO World Heritage Site. There is also Uxmal, the main religious and ceremonial centre, with the Pyramid of the Magician (Pirámide del Adivino), on top of which a surge of cosmic energy is physically felt. There is the ancient town of Cobá, lost in the jungle. The recently excavated Ek-Balam, the town of the ‘Black Jaguar’ is among the relatively new attractions, it is an archaeological area with pyramids and a palace where unique examples of gypsum carvings - winged warriors, snakes, exotic creatures - survived to this day ...

A wonderful place is Tulum, with its picturesque Mayan ruins and a beautiful coast of the Caribbean Sea.

- In Mexico, in addition to its legendary historical places, there are many natural parks, the pristine areas with the greatest variety of wild flora and fauna. What do nature lovers long to visit most of all?

- For lovers of the eco-tourism, flora and fauna, you can advise a trip to the Sian Ka’an Biosphere Reserve, which means a ‘place where the sky merges with the sea’ in the Mayan language. You can see crocodiles there in the mangroves, as well as dolphins and turtles in their natural habitat, as well as a huge number of birds, pelicans, gulls, cormorants, herons - both local ones and those migrated here to winter. 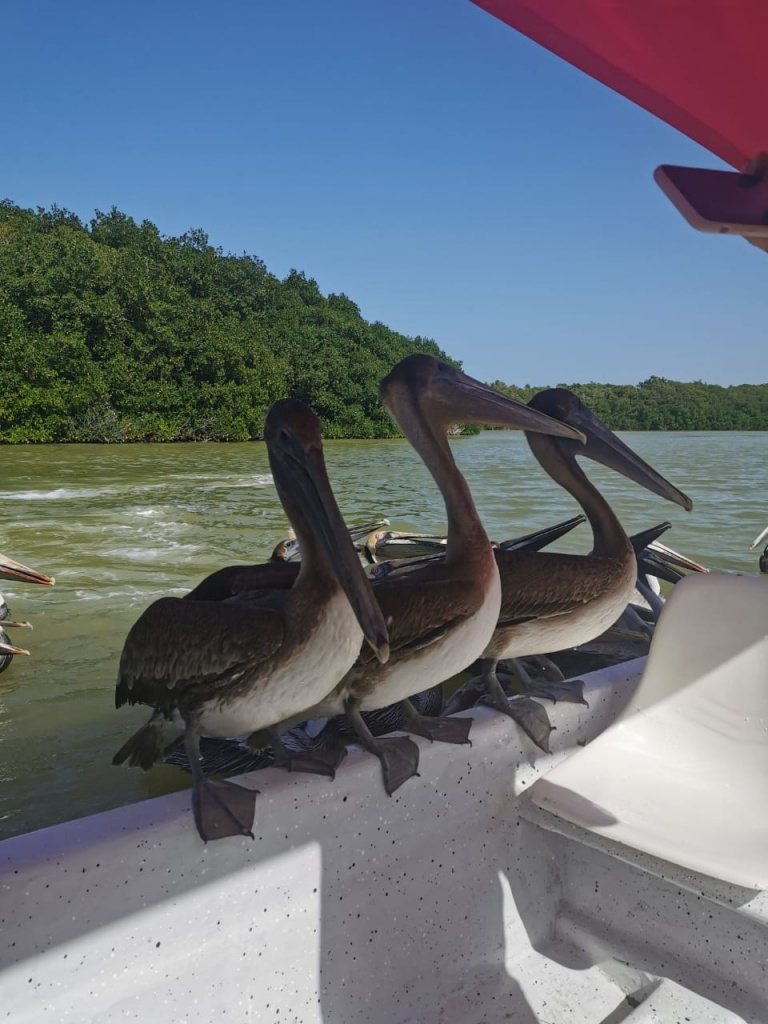 There is also a truly paradise, the Bird Island (Isla Contoy), a protected area with white sand and pristine nature. It is an hour's trip from Cancun by a speedboat, there is a lighthouse and a museum on the island, but no one lives there except thousands of birds that have chosen this place, and stingrays and fish approach the shore where there is a coral reef.

All year round, you can swim with turtles in the Akumal lagoon, and from June to September - with whale sharks.

- What places - besides the most famous - are now gaining popularity?

- One of my favorite places not yet visited by many tourists is the Lake of Seven Colours (Laguna de Bacalar). Bacalar is a three-hour drive from Playa del Carmen and is listed in the Mexico's magical towns. And the lagoon itself is really a seven-colour one: one of the colours is bright turquoise due to fine coral sand, other colours depend on the depth of the water - different shades of blue are explained by the fact that there are three cenotes in the lagoon, the deepest of which - the ‘black cenote’, or the ‘cenote of the witch,’ - is almost 90 metres deep.

- How much attention is given by the authorities to the tourism development, the restoration of ancient monuments, restoring the towns?

- The authorities don’t spend much on the restoration of monuments, as a rule, private individuals do it. There are also philanthropists in Mexico - for example, Carlos Slim Helú, one of the wealthiest people in the world, donated $100 mn to the World Wildlife Fund to preserve the natural environment of Mexico. Miguel Quintana, the owner of the Xcaret Natural Park, also gives back to the community for charitable uses. He has repaired roads, stops and makes a huge contribution to the development of tourism in the Mayan Riviera (Riviera Maya). And he hires only the locals. Or, for example, Daniel Quijano, a philanthropist who participated in the restoration of Ek-Balam and built an elegant building with a reception desk at the entrance to the archaeological area.

- Is there an increase - if we leave aside force majeure due to the recent coronavirus - in the number of tourists and the interest in Mexico or has it always been constant? Where does most tourists come to Mexico from and what are they interested in most of all?

- Tourists started coming to this part of Mexico after 1970 and for the most part, they were divers. Nowadays, the season is year-round, most of the tourists are Americans and Hispanics, in particular from Colombia, Chile, Peru, Argentina, there are many Canadians in the winter, while the British and Spanish come in the summer seasons. In the past three years, we have seen the growth in the tourist flow from Russia. While the Europeans, Russians and Hispanics are very interested in culture and history, the Americans and Canadians are mostly fond of amusement parks.

It is difficult to list how many attractions there are in Mexico: a jeep safari right along the selva, fishing trip by yachts, swimming with dolphins and turtles, swinging on tarzy over the jungle, swimming in the stalactite caves, rafting along the underground rivers ...

- The cenotes are an amazing phenomenon. Tell us more about them, their uniqueness and the divers’ interest in them.

- There are a huge number of cenotes on the Yucatan, they were formed as a result of the meteoric impact 65 million years ago. Translated from Maya, a ‘cenote’ means an ‘underground lake’. The Mayans considered them the ‘gates to the kingdom of the dead’, some caves were used for sacrifice, and other ones for religious rites. There are several types of cenotes: underground wells (open, half-open and closed), underground rivers, and shallow open old cenotes - caletas.

For lovers of stalactites and stalagmites, the most beautiful place is Rio Secreto, or the ‘secret river’. And for divers, Casa Cenote, Tankha, Dos Ojos are attractive, the latter was chosen for filming the movie ‘Journey Into Amazing Caves’ by a Canada-based IMAX film corporation.

Diving on the Yucatan is famous for its unique opportunity to dive in the cenotes. By the way, the cenotes are not just natural wells with crystal clear water, but a really underwater world full of secrets and mysteries. It is a huge limestone platform with fresh underground rivers that caused the fall of soil in some places and the cenotes were formed. Since the 1980s, more than 100 cave systems of large cenotes and about 6,000 wells with water have been investigated and mapped.

- Do Mayans participate in the tourism industry?

- Tourism gives jobs to a huge number of locals, many live in villages around the pyramids and their main income is their work on the territory of the historical monuments. There are universities that train guides, these are paid institutions, but several years ago, they gave the local people a chance to get training free of charge so that they could give tours around in Spanish or English. The Mayans study foreign languages on their own; they have a good auditory memory. I have a Mayan friend, Juan, who learned six languages on his own. 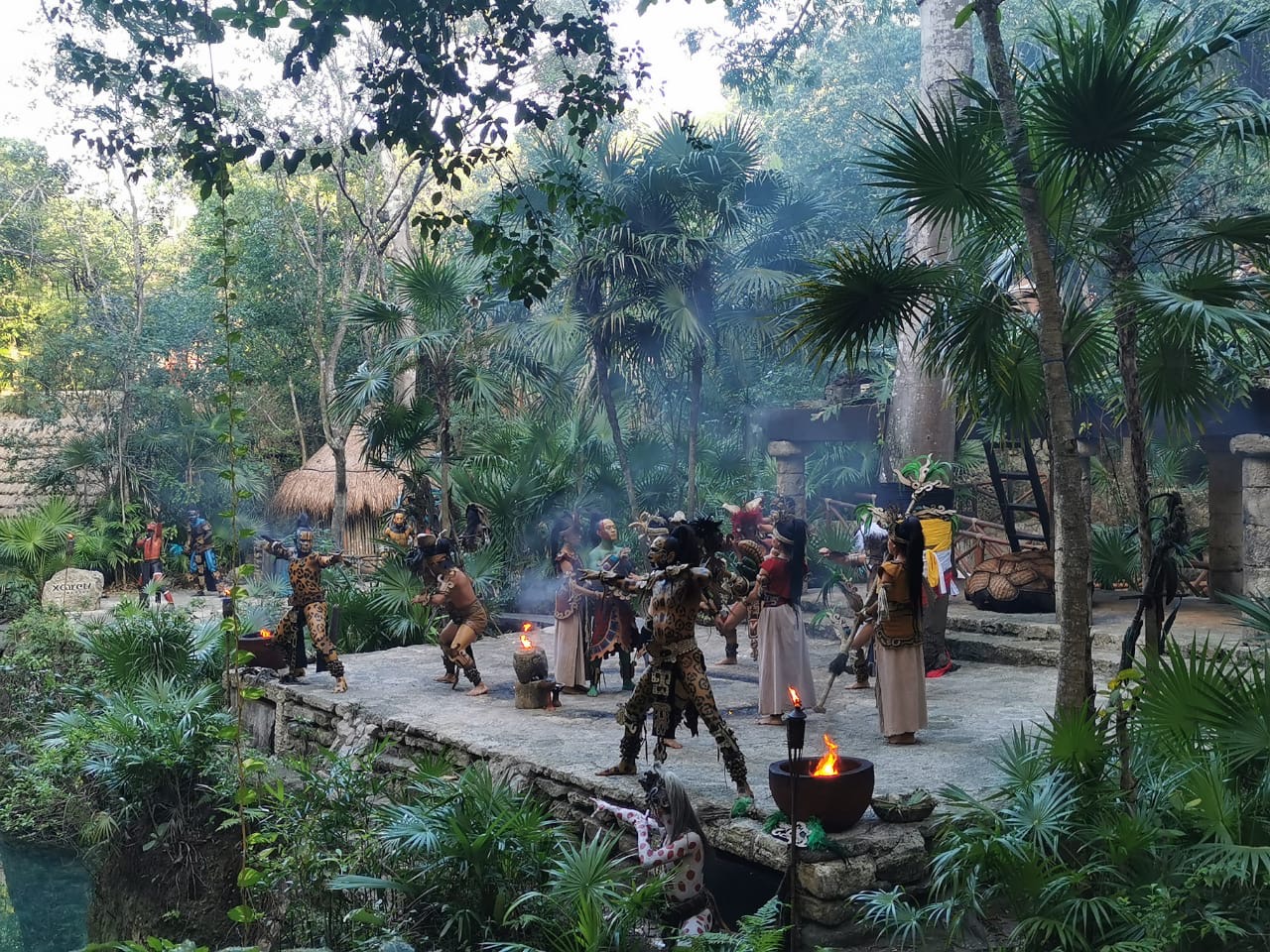 - Tell us about their life, crafts, what has been preserved in their culture from the ancient Mayan civilization and achievements in medicine and other fields of knowledge and expertise?

- Many of the today’s Mayans live very poorly, but not because there is no work or opportunity to develop, but because it is their comfort zone. Their schools are free, but many finish only six years of schooling, and many older people are illiterates, so the old Mayan language is slowly dying out. Although, they plan to introduce mandatory study of the Mayan language in rural schools now.

The local indigenous people grow corn, fruits, and breed chickens and turkeys. In some villages, they keep bees and harvest stingless bee (Melipona) honey, which is used mainly for medicinal purposes. Melipona is the smallest bee in the world. The locals make medicines on their own using honey, plants, scorpions, snakes, and they trust shamans more than doctors.

I remember an interesting case: once a tourist from Moscow lost his way and got into a Maya village where an old man offered him an ointment from local herbs for the man’s sore hand. When I met him 10 days later at the airport, he was happy and boasted that the pain in his hand had passed.

- Everyone remembers Mel Gibson’s incredibly successful ‘Apocalypto’ movie. Were the Mayans so bloodthirsty as some of them were shown in the film? Did the film raised the tourists’ interest in these places?

- Mel Gibson studied the Mayan ancient history and lived among them before the filming of ‘Apocalypto’, there were also consultants. People, clothes, pyramids, colours - all these were shown truthfully, but there were errors - for example, the bloodthirstiness of the former Mayans was greatly exaggerated. Although it is possible that the naturalism and bloodthirstiness of many scenes contributed to the rating of the film, it is not known if the film could have become so popular if it had been made in a different way. However, it has rather increased the tourists’ interest in Mexico and, of course, the film conveys the enduring beauty and exotics of these places. 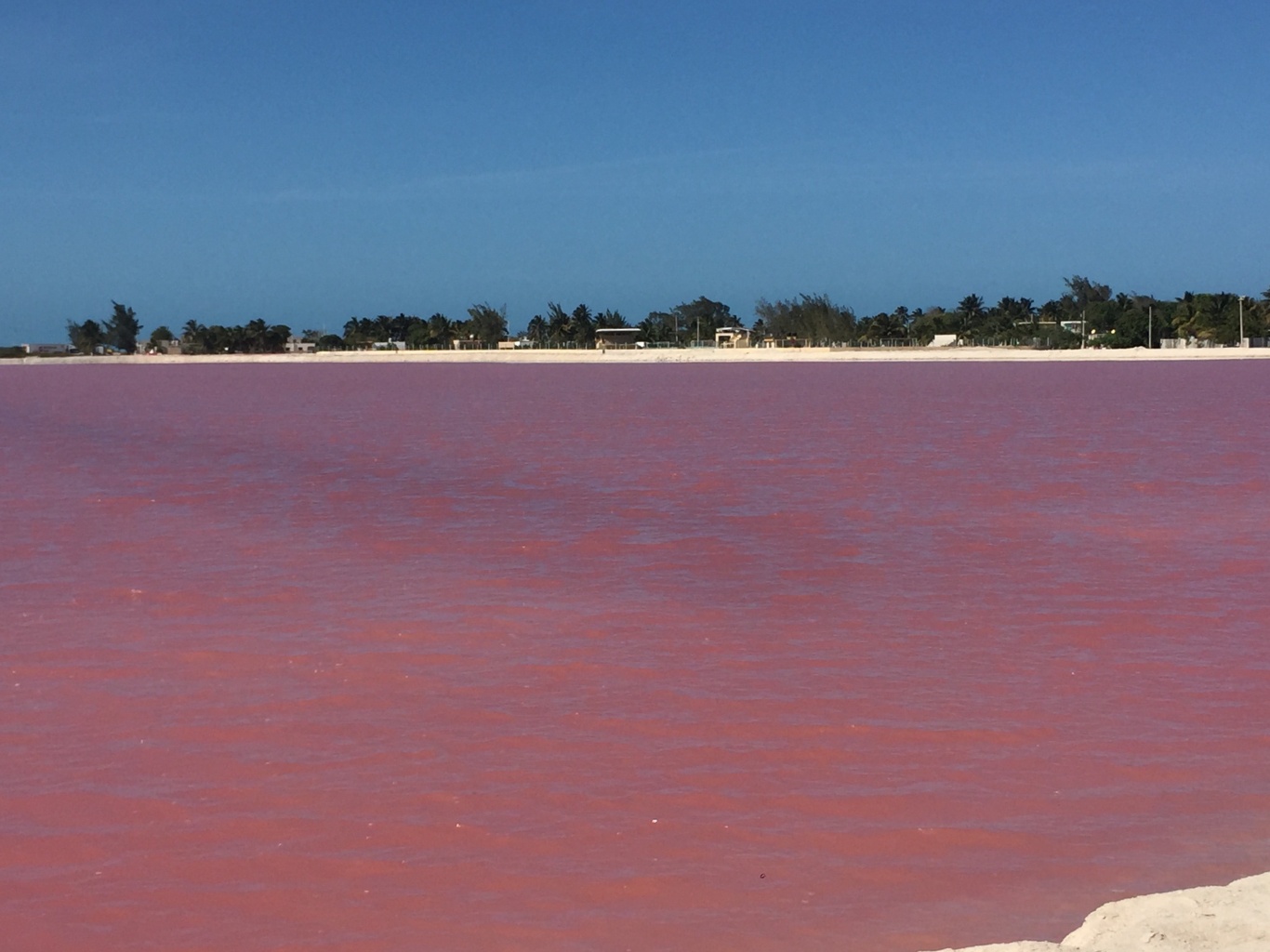 Galina Semenova
EcoTourism Correspondent
More
What can interest an ecotourist? Exceptional nature - of course, vastness - definitely, unusual animals - surely. What if we tell you about the places where you can have it all at the same time.
﻿The Khakassky Reserve is a unique combination of the amazing nature and ancient culture of Siberia
Alexander Kirilov tells about the development of the northernmost and largest specially protected natural area in Russia