Turkey in the mellow season 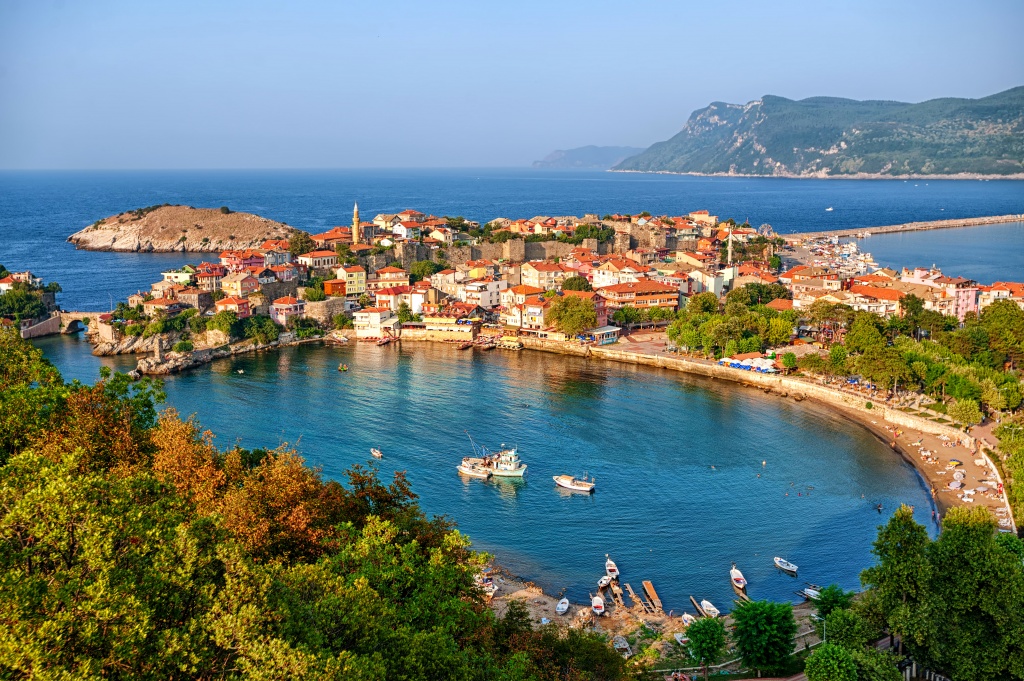 A trip to Turkey (Türkiye) in early September means having a quiet rest at the seaside without the crowds of vacationers who - together with their children - strive to enjoy as much of the tender Mediterranean sun as possible before the start of the school year. EcoTourism Expert found out what makes a vacation at the Mediterranean seaside good in early autumn and calculated how much the rest costs in addition to the “all inclusive” system, and also answered the key question - what the situation is today as for using the ATM cards of the Russian payment system MIR?

At the time of writing, the MIR ATM cards were still valid. Now, it is recommended to carry cash. (ed. note)

First of all, you should know that during the autumn - mellow - season in Turkey, the area from the Antalya Airport to Kemer is the best for recreation, as the villages of Beldibi, Goynuk, and Kemer have the best tourist infrastructure and are the most popular destinations among the travellers.

The reason is that the Taurus Mountains are very close to the seashore in this part of the coast. They create a special microclimate in the region, being an obstacle for cold air and humid air masses in autumn. As a result, for almost the entire September and most of October, the weather on the coast is mild and sunny, with rare clouds and without strong winds, the day air temperature is within plus 25 to 30 degrees Celsius, and if the water in the shallow places is colder, it is just a bit colder. Autumn is a rainy season and the rains are no exception in this part of the coast. However, it rains at nights and rather seldom, so the rains don’t spoil a comfortable stay at the seaside at all.

Those who prefer the Aegean Sea coast for their vacations in Turkey should be more careful. Firstly, all villages from Marmaris and Bodrum in the western direction are in a cooler climatic zone. The water in summer is somewhat cooler here than in the Mediterranean part of the coast. As for the air temperature, it is on average five to six degrees lower here compared to the eastern provinces. Good weather for September is plus 25 degrees Celsius in the day-time and the water temperature is about the same.

There are several advantages of spending the vacations in Turkey during the autumn season and, perhaps, even the most demanding enthusiasts can enjoy their vacations in this country. Firstly, the number of tourists normally decreases starting from September, as a school year begins and families with schoolchildren leave the resorts (in Turkey, a school year begins in the middle of the month, so those who want even less people at the hotels should come to the Turkey’s seaside in the second half of September). It is worth noting that at this time, there is often an increase in the number of tourists with smaller children, who do not go to school. However, it must be admitted that there are fewer of them than of schoolchildren.

The second advantage is the cost of tour packages. In autumn, the chances of getting a good discount on accommodation from a hotel increase, and the discount programmes sometimes also include luxury rooms of five-star hotels. It is clear that the discount reaching up to 50-70 percent of the price in the high season increases while approaching mid-October and November and you can get slight lower accommodation prices.

Those who come to Turkey to enjoy its warm sea and also to go shopping can take a chance of sales. The discounts for clothes of famous brands and other things range from 30 to 70 percent, and the season is nearing the end, so the retailers can make even more attractive price offers.

Those who are not used to relaxing in the “pool-beach-restaurant” mode and prefer a more active pastime can also have small discounts. In this sense, the mellow season is one of the most beneficial seasons of the year. There are no huge crowds of tourists, so amusement arcades can offer good discounts, and there are no queues to some of them.

In the first half of September this year, your humble narrator spent his vacations in the village of Beldibi near Kemer, within an hour’s drive from Antalya Airport. It’s worth noting that even a small bargaining skill can help reduce the cost of any amusement by at least 10 percent. So, for example, a 15-minute ride on a sea scooter costing $60 per person can be purchased for $50 after bargaining. It’s true of any other entertainment - a parachute ride behind a boat costs $50, and a “banana” ride to the caves is even cheaper - about $10 to $15.

The only negative is that you cannot bargain for a discount on additional services at the hotel. You should pay in full, $10, for smoking a hookah at a shisha bar or $30 for a massage in a hammam.

By the way, about payment for services. In mid-September, there was an information in the Russian media that Turkish hotels had stopped accepting cards of the Russian payment system MIR, and since September 19, two out of four banks where it was possible to withdraw Turkish liras from their ATMs using Russian cards stopped servicing the MIR cards.

This information, based on the author’s own experience, is only partially true. Firstly, as for Turkish hotels and MIR cards, it should be noted that even earlier, payment for additional services in hotels was accepted mostly in cash as their card terminals were just “out of order”. So, the news that “hotels stopped accepting Russian MIR ATM cards” is only partly true - they preferred not to accept them earlier, either.

At the same time, at the beginning of September, it was possible to make purchases using the MIR card at almost any store on the coast, there were no problems with payments. As for getting cash, there were really no problems with withdrawing money from ATMs in the first two weeks of the month. The only thing is that Ziraat Bank processed Russian ATM cards best of all, although it was possible to withdraw only a limited amount of money, maximum 750 Turkish liras per day. A similar situation was at the time of writing the article; according to Russian news agencies and reviews of tourists in Turkey, it is still possible to withdraw Turkish liras using ATM cards of the MIR payment system in three large Turkish banks - Halkbank, Ziraat Bankasi and VakifBank, while Is Bankasi and DenizBank have really suspended such operations.