To win the heart of Corsica 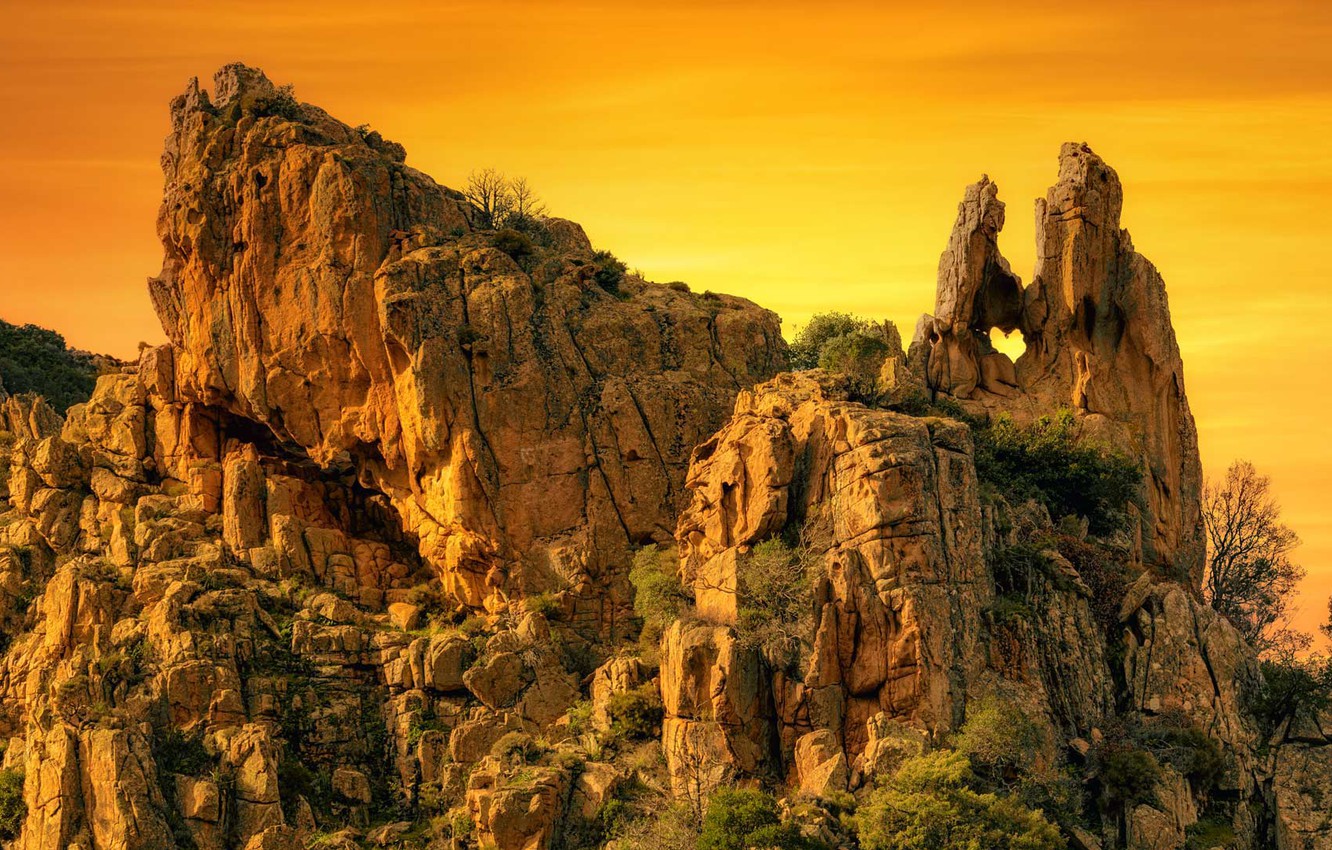 Beautiful and inaccessible Corsica, Sardinia’s neighbor, is still underestimated by tourists. This small island (only 8 thousand 680 sq km) in the Mediterranean Sea is a real find for lovers of landscape walks, snow-white beaches, cozy streets and delicious food. But Corsica, like a picky lady, opens her heart only to those who dare to conquer her. And EcoTourism Expert is ready to help its readers with it.

Let's start, as it should be, with what lies on the surface - with the beaches, thanks to which the island has such an appeal. In Corsica, they are not only beautiful - they are ravishing. But the most magnificent - wild beaches covered with white sand - of course, you still need to look on the map, and then figure out how to get there. 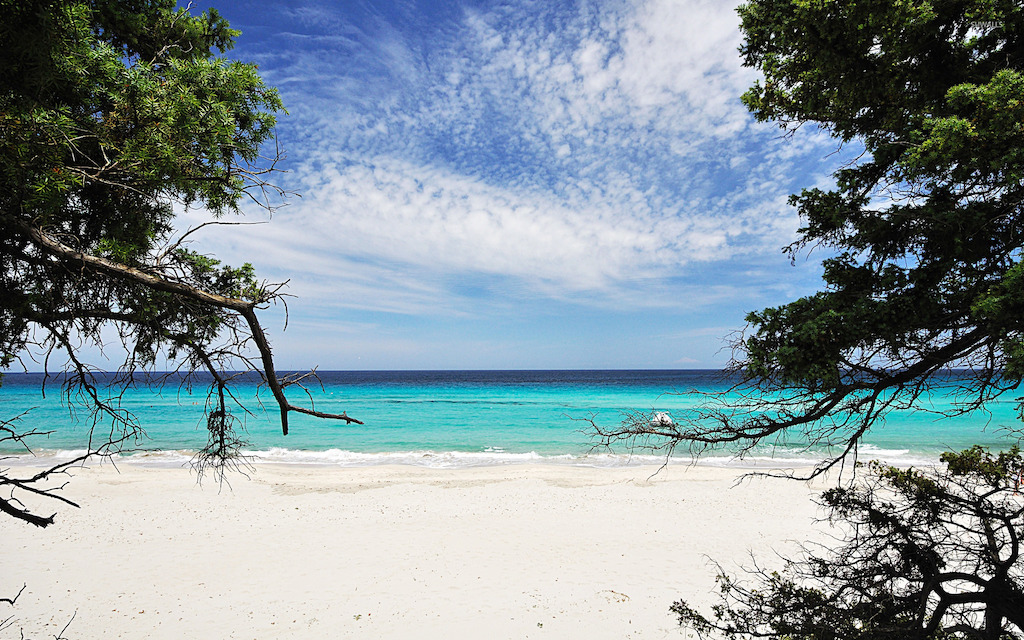 One of the most beautiful is the wild Plage de Saleccia. It is also one of the most difficult to access. Otherwise, Corsica would not be Corsica. The path to Plage de Saleccia lies either across the sea, or you will have to drive to it over rough terrain by SUV. This place is popular with lovers of secluded beaches, which allow you to get on a yacht and enjoy the clear waters, impressive cliffs and unforgettable sunsets. 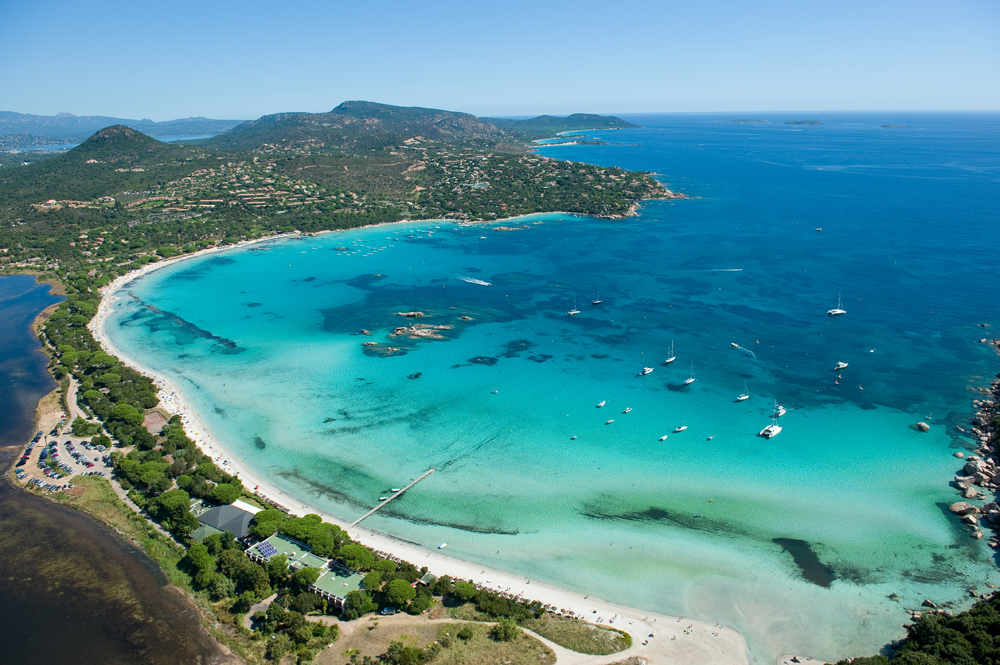 Another lost corner surrounded by pine trees and a shallow azure sea is Santa Giulia in Porto Vecchio, a city and port of the same name located on the eastern coast of the Tyrrhenian Sea. Interesting fact: on the other side of the beach there is a salt lake where flamingos and storks!

By the way, next to Porto Vecchio there is the largest disco in Europe where the best DJs of the world come together! 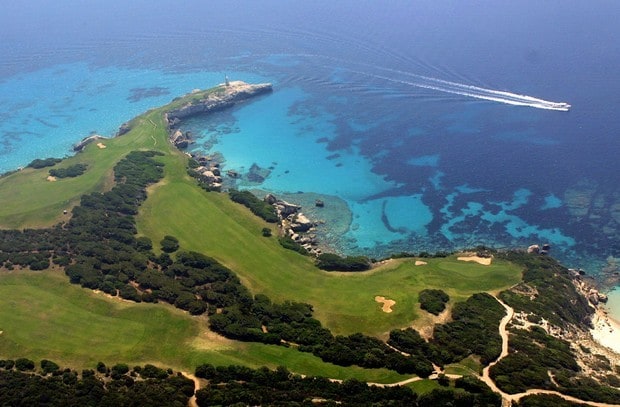 The little-known Sperone Beach is right next to a golf course. This secluded spot is located near the town of Bonifacio.

There are no amenities on the beach, but that's the beauty of it - you can feel lost on a desert island, while being close to the largest city of Corsica.

For exotic views, you should go to the tiny village of Nonza in the north of the island. Here tourists will have a view of the stunning beauty of the "black beach» - Plage de Nonza. 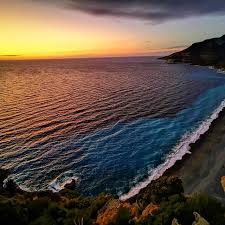 However, you won't be able to swim here as black sand is not a natural phenomenon, but the result of human activity - pollution with asbestos dust.

Tip: visit the beach at sunset - the view is breathtaking, as the sand in the setting sun seems to burn with black fire.

Let's get to know our lady Corsica better - we’ll look at the island.

You will have to travel along winding roads and the rocky coast to get to the most beautiful sea views.

For the best panoramic view head to Cape Kapo Rosso. This is the westernmost point of Corsica. It should be noted that the route (about 4 km) is suitable only for physically prepared tourists. The final destination of the route is the 17th century Genoese tower. Fascinating views of the red rocks washed by the blue sea open up from the top of it. 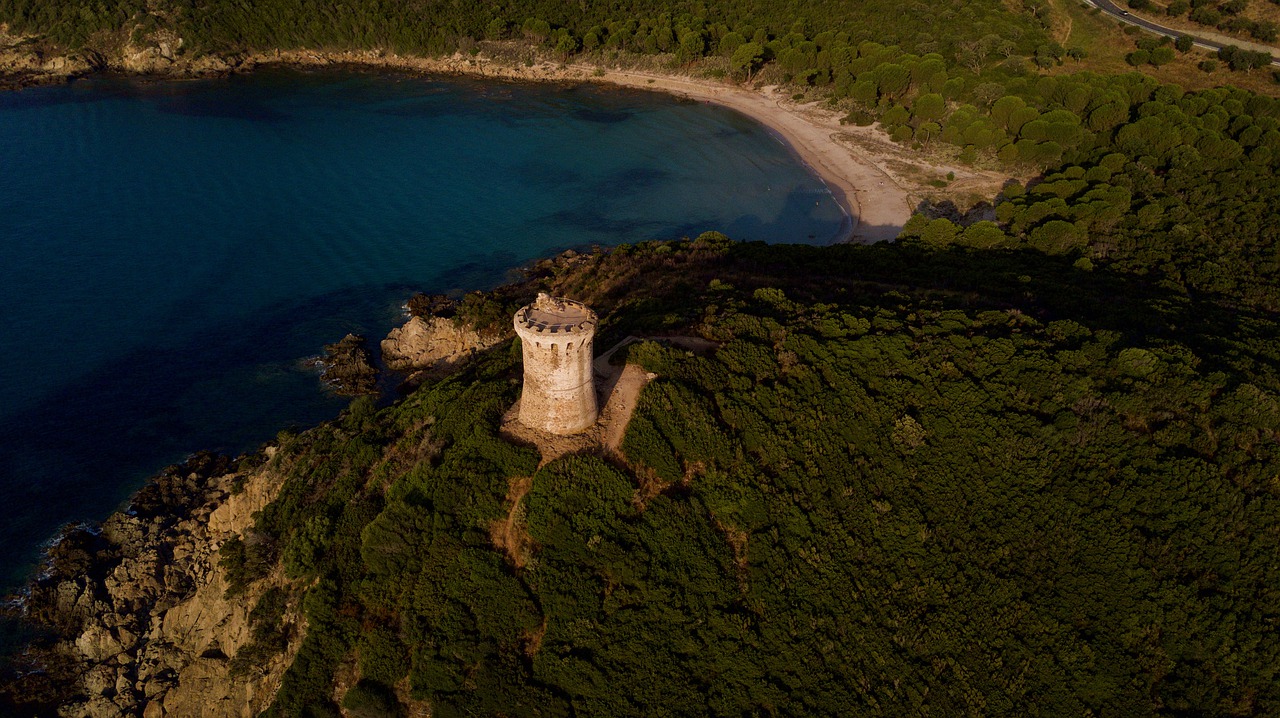 From the lighthouse of Pertusato in the south of the island, you can enjoy not only the views of the sea, but also the island's terrain dotted with rocks and gorges. The walk from the lighthouse along the edge of the plateau will take about an hour and a half.

The Calanques de Piana, located near the Porto Bay, is part of the Scandola Nature Reserve. These are bizarre rocky formations that burst out of the ground in long clusters. 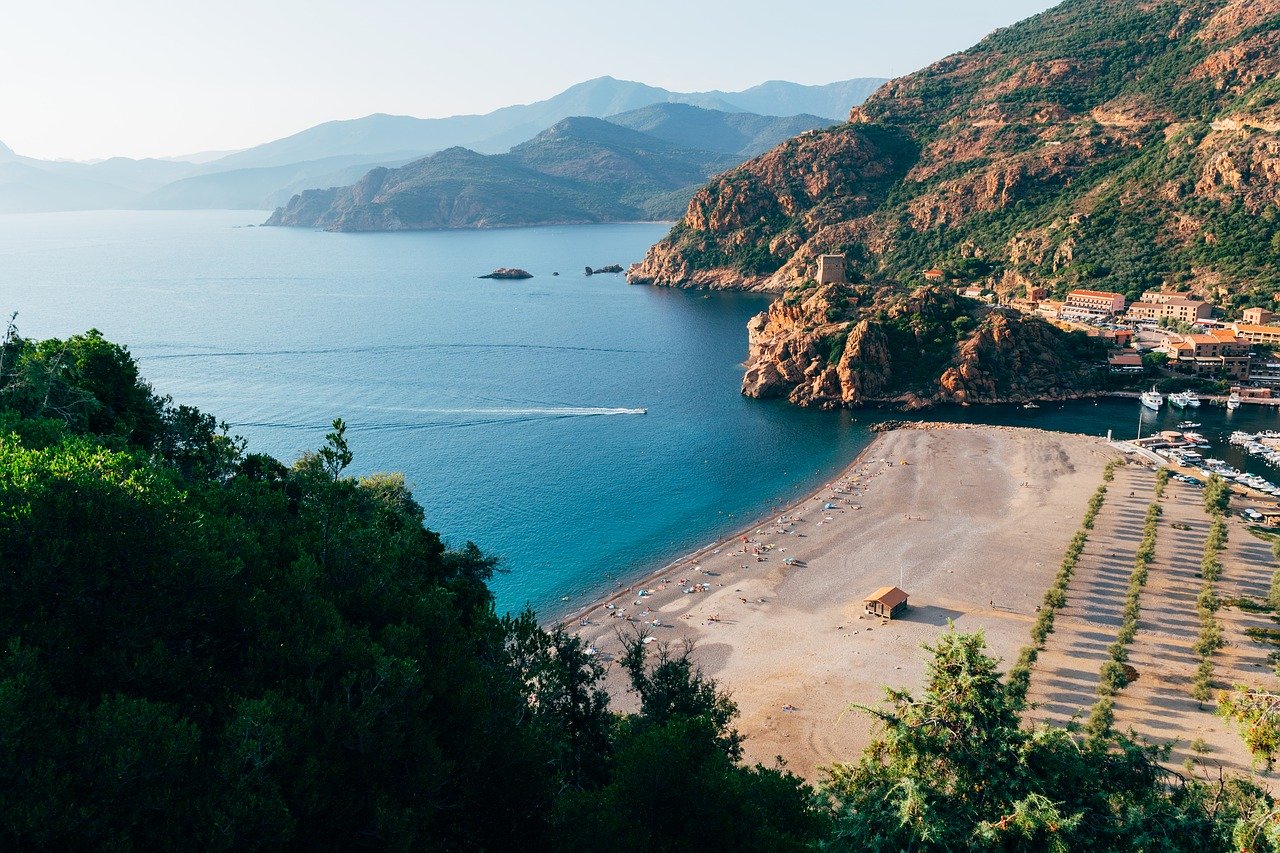 The commune of Piana itself is one of the most beautiful villages in France!

We advise you to visit the 18th century church. Nature lovers will not be bored either - next to the church there is a network of caves that you can explore.

The sea here is especially bright - emerald blue. Apparently in contrast to the colorful mountains and lush vegetation.

Let's go a little deeper - to get closer to the heart of the island you have to ride along the serpentine!

But even this in beautiful Corsica is a special pleasure. Fortunately, there are observation platforms along the road. 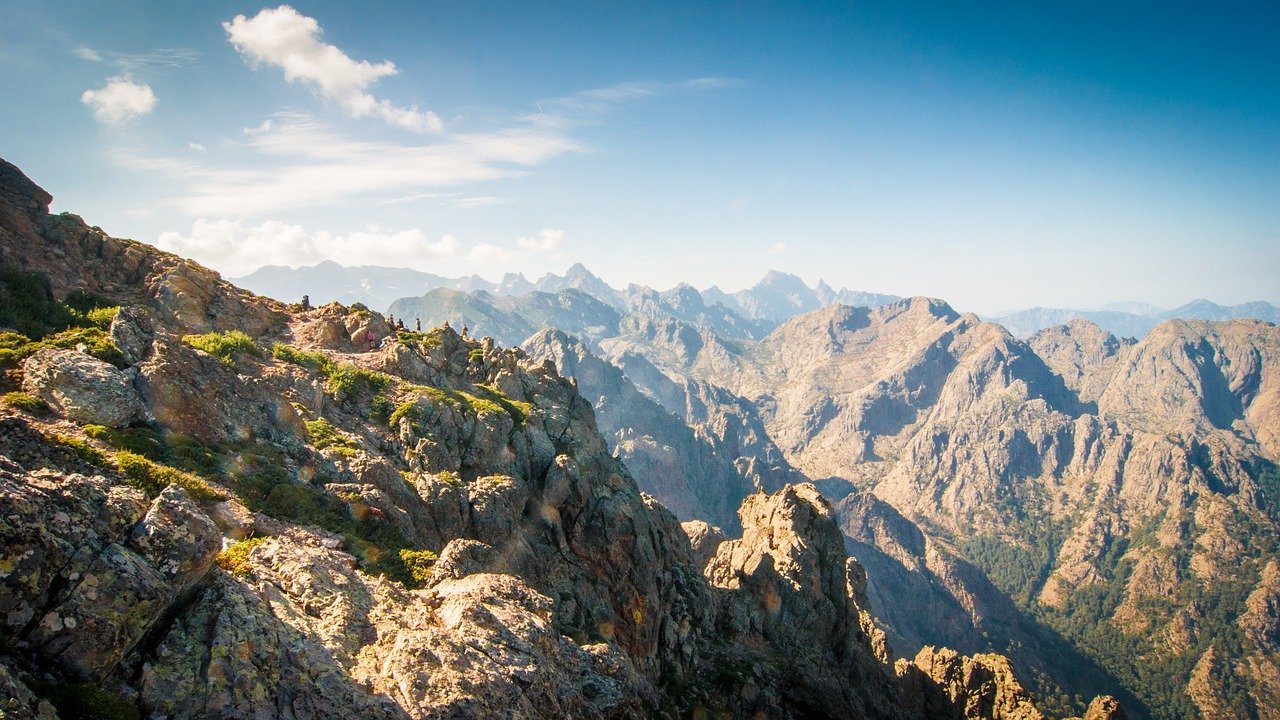 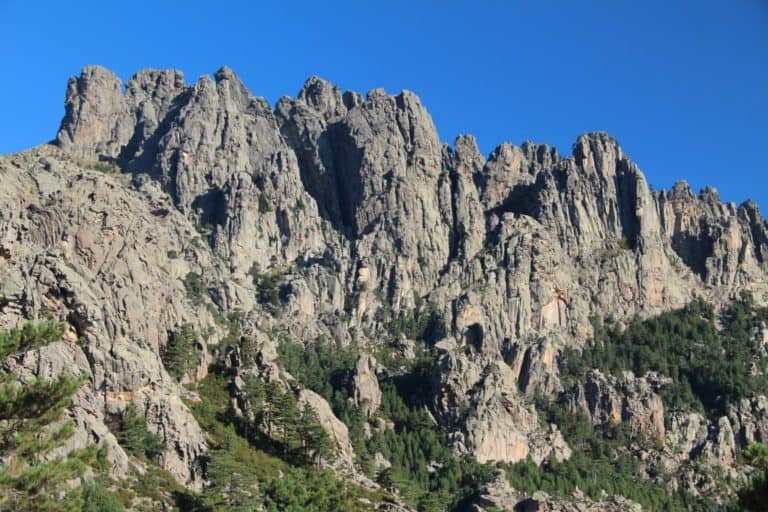 These are rocky spikes of red granite, which protrude intricately among the mass of greenery. The highest point - 1218 meters above sea level - is marked by a huge statue of Notre-Dame-des-Neiges-Bavella. Hidden among the rocks is a small mountain lake, which is blue in the sun. The walk in the area can take up to 6 hours. 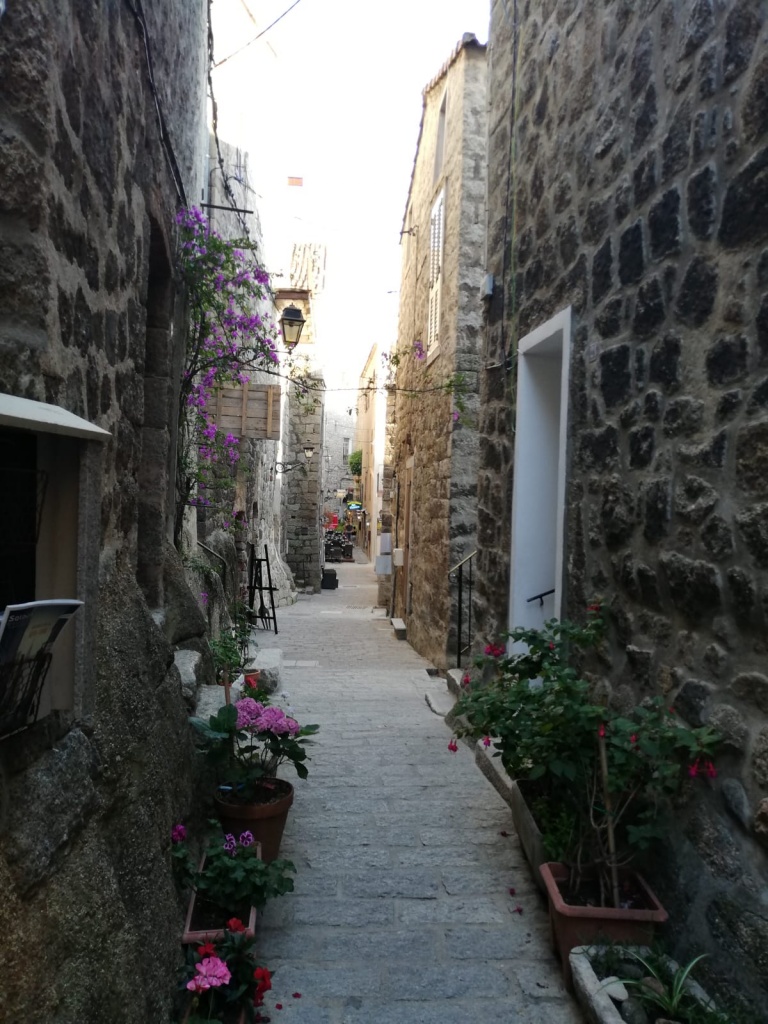 It is undoubtedly worth visiting "the most Corsican of all Corsican cities" Sartène in the south of the island. The old town is perfectly preserved. It famous for the production of one of best Corsican wines.

One of the island's most scenic trails lies at the heart of Corsica.

To get there, you will need to make your way through massive mountain slopes, numerous streams and rivulets, endless thickets of conifers.

In the very center of the island is the Gorges de la Restonica Valley, the pearl of Corsica. 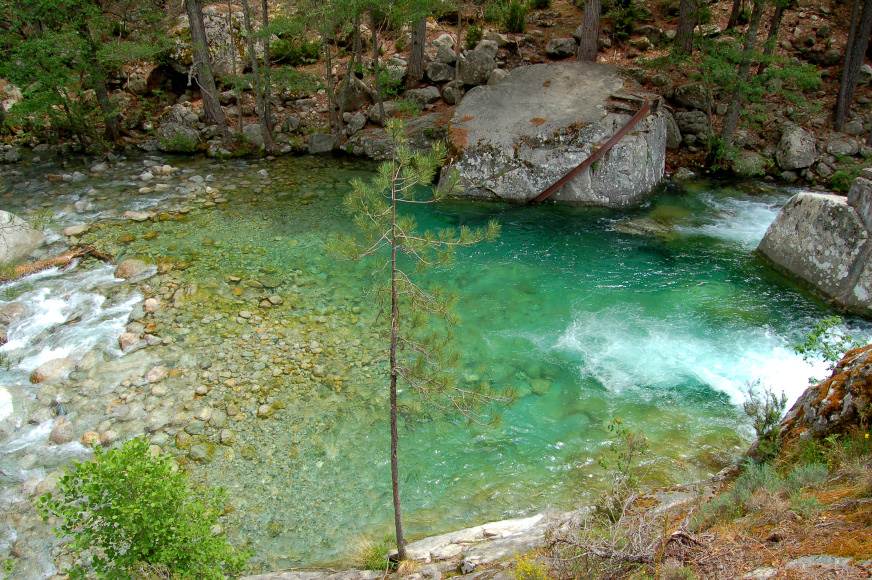 The valley is decorated with two lakes. The first of them is the mountain lake Melo. At first the road is gently sloping, but gradually it becomes steeper and steeper. To get to the lake, you will have to overcome a section that is equipped with chains and ladders to help the adventurous tourists. 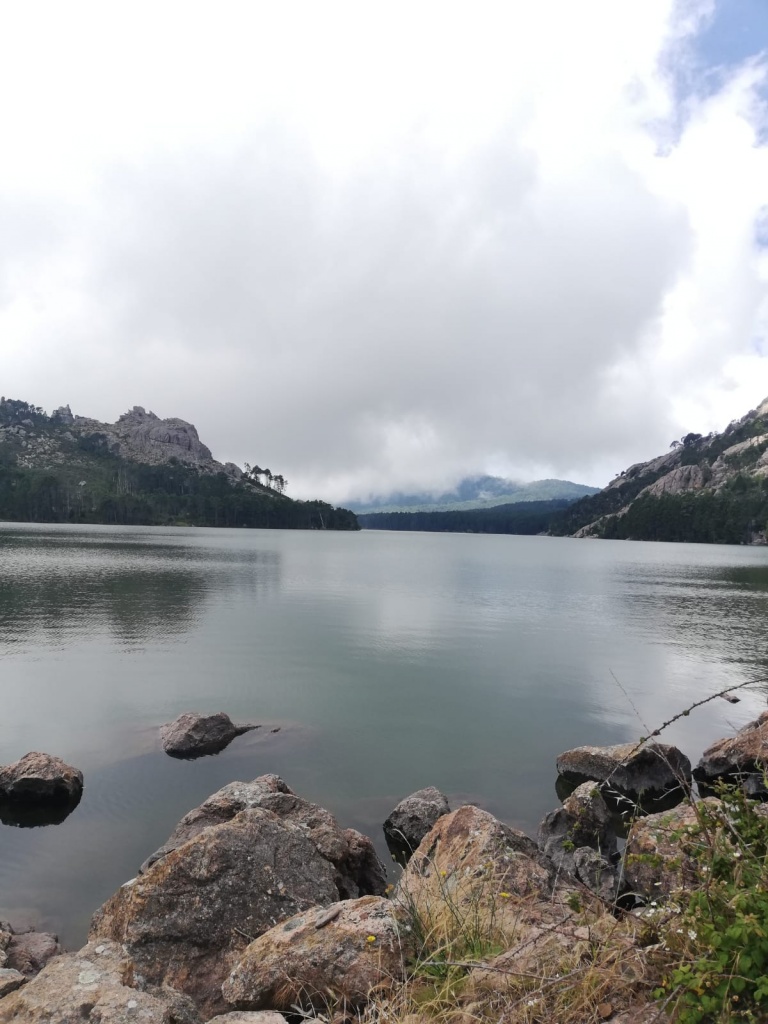 Then you can continue your journey to the second mountain lake - Сapitello. However, when planning a trip, it is worth considering that the road to the reservoir in June may be closed, since there is still snow on this section of the path at this time. 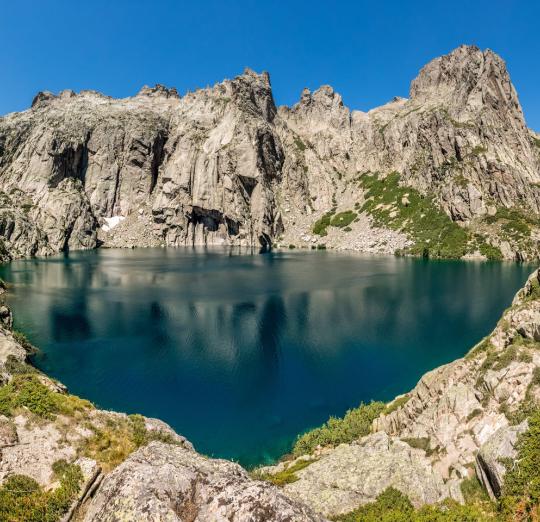 The trail is very steep and in many places you have to climb the slopes, but the panorama is worth it.


At the end of the trip to the center of the island, even the most sophisticated tourist will be lowed over - from a bird's eye view one will be able to appreciate all the immense beauty of the Corsican landscapes and enjoy the view of the azure expanse of Lake Capitello.

It is hidden among mountain peaks and coniferous jungles - this is the real heart of Corsica, which only the most persistent tourist can win. 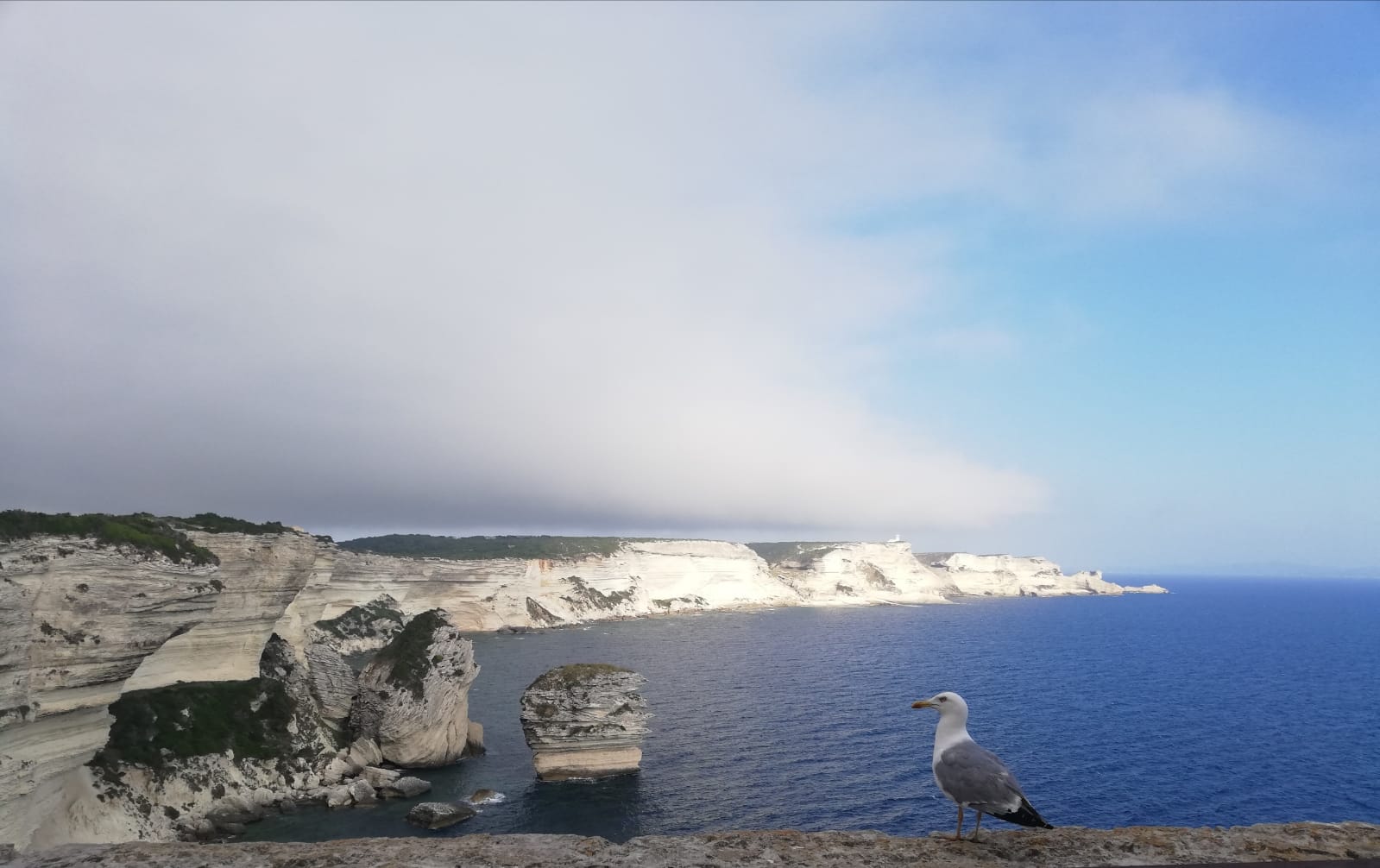