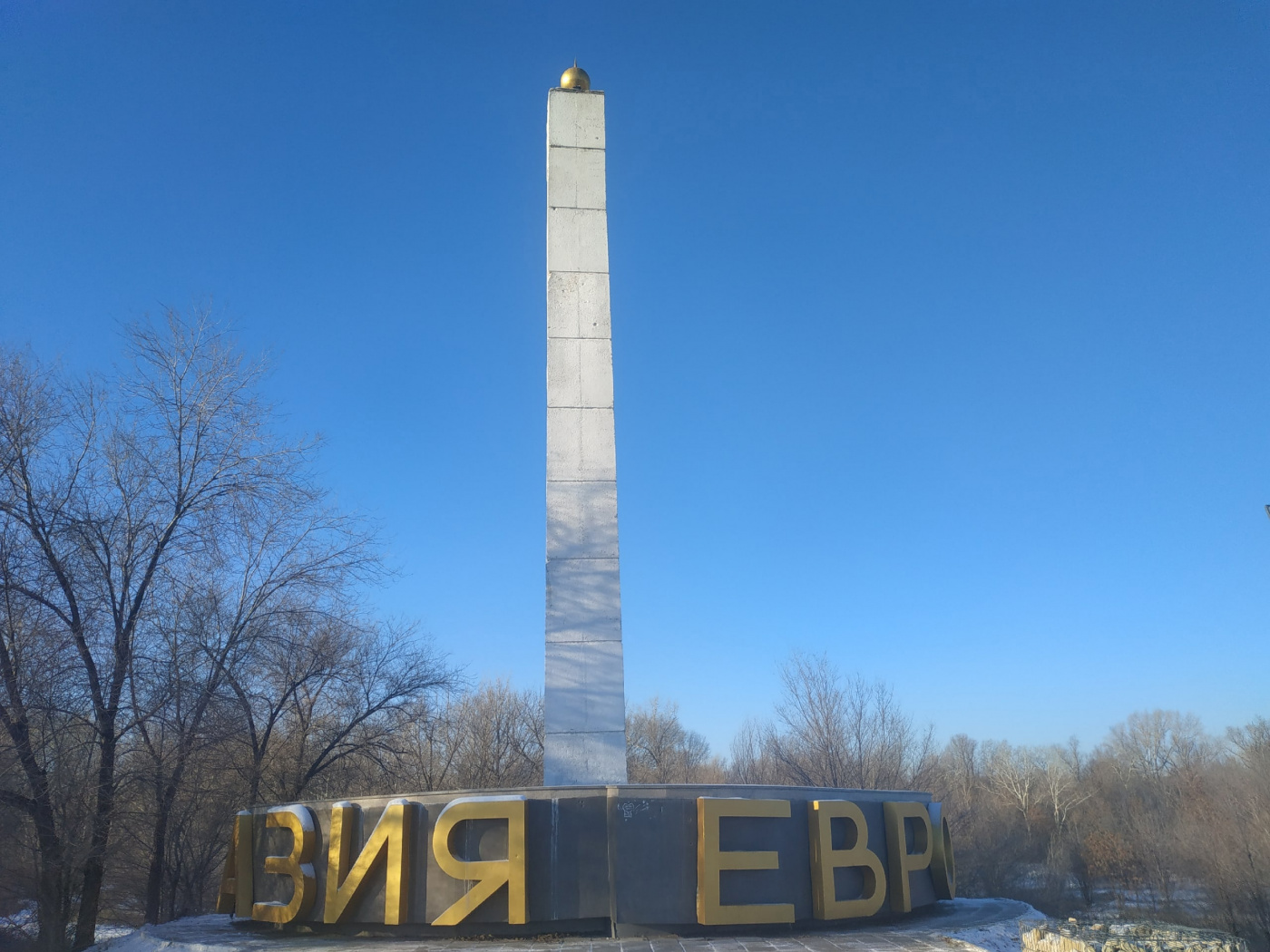 Only those who were born there, who were invited to visit and who went on a business trip can visit the Southern Urals and Orenburg, its unofficial capital, in winter - in December. I went there on a business trip, so I had little free time but still I went sightseeing in the city. EcoTourism Expert learned what clothes should be put on in the south of the Urals in the last calendar month of the year, and how to choose the main symbol of the region, the Orenburg shawl (made of goat’s down hair), as a gift.

First of all, one should know the main thing: the south of the Urals does not mean at all that it is warm in December. Rather, the climate in the region, on the contrary, is a moderate continental one, which turns into a sharply continental climate. In a word, the winters the Southern Urals are inclement and frosty. The only thing is good that the Ural winters are much “drier” than the Moscow ones, so it is easier to breathe even at minus 20oCelsius than at minus 10oC in Moscow.

Everything is aggravated by the steppe character of the landscape of the Orenburg Region. While in summer, the steppe miscellaneous herbs (four types of steppes are in the region) bring magnificent smells of different herbs to the city, in winter, on the contrary, there is a strong and very harsh wind, and only a warm wind jacket, scarf, hat and mittens can save from a cold weather.

However, if you rightly protect yourself from the cold and wind with comfortable clothes, then a traveler can get to know an interesting and rich history of the Southern Urals’ unofficial capital.

First of all, it should be noted that the city was laid three times! For the first time, it was laid on August 31, 1735 as the Orenburg fortress at the confluence of the Yaik and Or’ rivers. For the second time, it was laid in 1739 downstream the Yaik River, on the Red Mountain. And for the third time, Orenburg was laid on the site of the former Berdsk Fortress (Berdsk township), about 70 km away from the Krasnogorsk mountain area.

In winter, it is worth visiting the city located on the banks of the Ural River, firstly, because there is a beautiful embankment with several wonderful locations for photo shoots. It was in the Ural River, according to legend, that the legendary commander Vasily Ivanovich Chapayev drowned. This happened not in the Orenburg Region, but further downstream.

But tourists can see and take pictures on the bank near a stele marking the border between the Urals and Siberia, and at the same time - between Europe and Asia. By the way, this statement is a little misleading! The stele is not on the real border, but is a symbol and bears a tribute to the cartographers of the 17th century who divided Europe and Asia along the Ural ridge and the Ural River. The real border between Europe and Asia is not far from Orenburg and runs where it should be, along the mountain ridge.

By the way, I would like to tell an important nuance for photographers - the words ‘Asia’ and ‘Europe’ on the stele are located in such a way that they simply cannot be in one frame while taking a picture, no matter what lens you use. Therefore, for those who wants to stand, so to speak, with one foot in the Urals and with the other one in Siberia and capture this moment, there is another option - a pedestrian bridge connecting the Ural River banks, it is a little further away. In the centre of the bridge, there are two border pillars with the coat of arms of the city of Orenburg: ‘Europe’ is written on one pillar, and ‘Asia’ is written on the other one. It would be better to draw a white line along the bridge itself and write two words - that are of value for photographers - on both sides of the line.

From the embankment, you can go to the pedestrian Sovetskaya Street passing the monument to Valery Chkalov who, by the way, has never been to this city. The street is only one and a half kilometres long, but most of the Orenburg’s cultural life is concentrated here as four theaters of this small city are on this street. In addition, most of the old houses have been preserved on Sovetskaya Street, and such interesting modern monuments have been made on it like the monument to the first teacher, the monument to the water supply system (in the form of a working model of the first water pumps), as well as the monument to homeless animals. The latter, by the way, is made like a money-box and tourists and residents of the city can drop coins or banknotes into a special slot, and the money collected go for charitable purposes.

But the main tourist attraction of Orenburg is its famous Orenburg shawls, which are even mentioned in songs. You can buy them in many stores and even at the airport, and the prices are quite affordable for handicrafts. By the way, the prices for fairly thick Orenburg shawls made of gray or brown goat’s wool (more correctly, goat’s down hair, underfur) can be over ten thousand roubles. And lace white scarves, the so-called ‘webs’, can be purchased at a price of several thousand roubles. The goat’s wool (goat’s down hair is not like sheep-wool) is used to knit mittens, caps, socks and scarves.

The Orenburg goat’s down hair, by the way, is unique and has no analogues in the world, as it is the thinnest one. Indeed, the thickness of the famous Angora goat’s down hair is from 22 to 24 microns, while that of the Orenburg goats is 16 microns! In February, when goat’s down hair is the thickest, they collect from 250 to 380 grammes of it from one goat, and later on, beautiful things are made of it. They are machine-made and handmade, and machine knitted things are quite easy to distinguish by the density of the pattern and the presence of the tight seams. And you should not be afraid that mittens are like laces and do not look warm, the things made of Orenburg goat’s wool become ‘fluffy’ in the cold!

It is worth saying that Orenburg, even in harsh December, is a city friendly to tourists. You can get a tourist ‘passport’ in Orenburg where you can get stamps and which you can keep in your personal travel collection. In architecture, many styles are mixed here, including classicism, a merchant style, pseudo-Gothic and Art Nouveau ones with the examples of Eastern Muslim architecture. The population of Orenburg is six hundred thousand people, but the city boasts of seven theaters, and although time runs two hours ahead of Moscow one, the city looks like time stood still, and some streets of Orenburg are like they were frozen in time.
# Orenburg,Siberia,Tourism,Ural,Russia
More