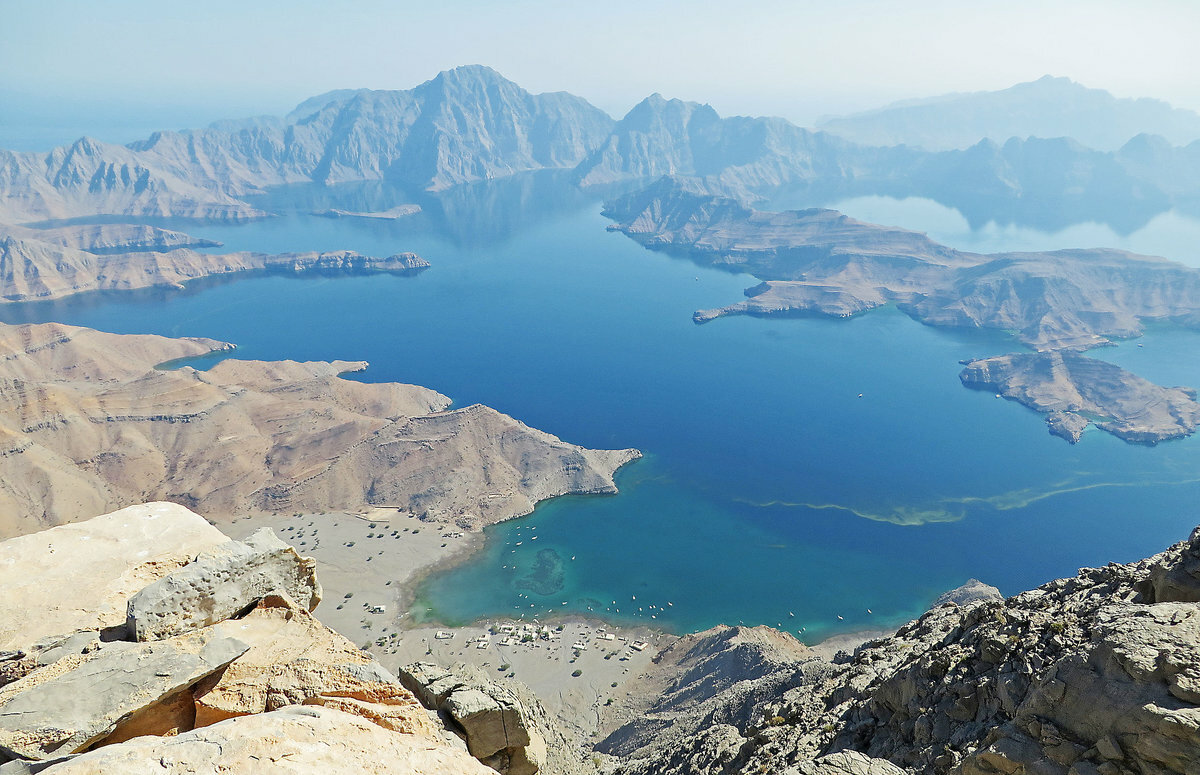 “- To be afraid?” сried Uncle Antifer. “To be afraid of the storm? Afraid of gusts?

"No, pirates who can be easily met in the Strait of Hormuz..."

Jules Verne knew very well what he wrote about. The Strait of Hormuz, a 50 km wide “bottleneck” connecting the Persian Gulf with the Indian Ocean, had been the home of pirates for centuries. One of the main pirate ‘nests’ was on the Arabian side. Here, by some strange freak of nature, the Jabal Hajar mountain range goes into the strait, as if to block it, but in the titanic struggle with the sea, the mountains became exhausted and resigned, creating a bizarre labyrinth of winding bays and bays with steep shores. This place is called the Musandam Peninsula. But it has also another name - “Arabian Norway” - since the landscapes here are as amazingly beautiful as the Scandinavian skjer (sea cliffs). 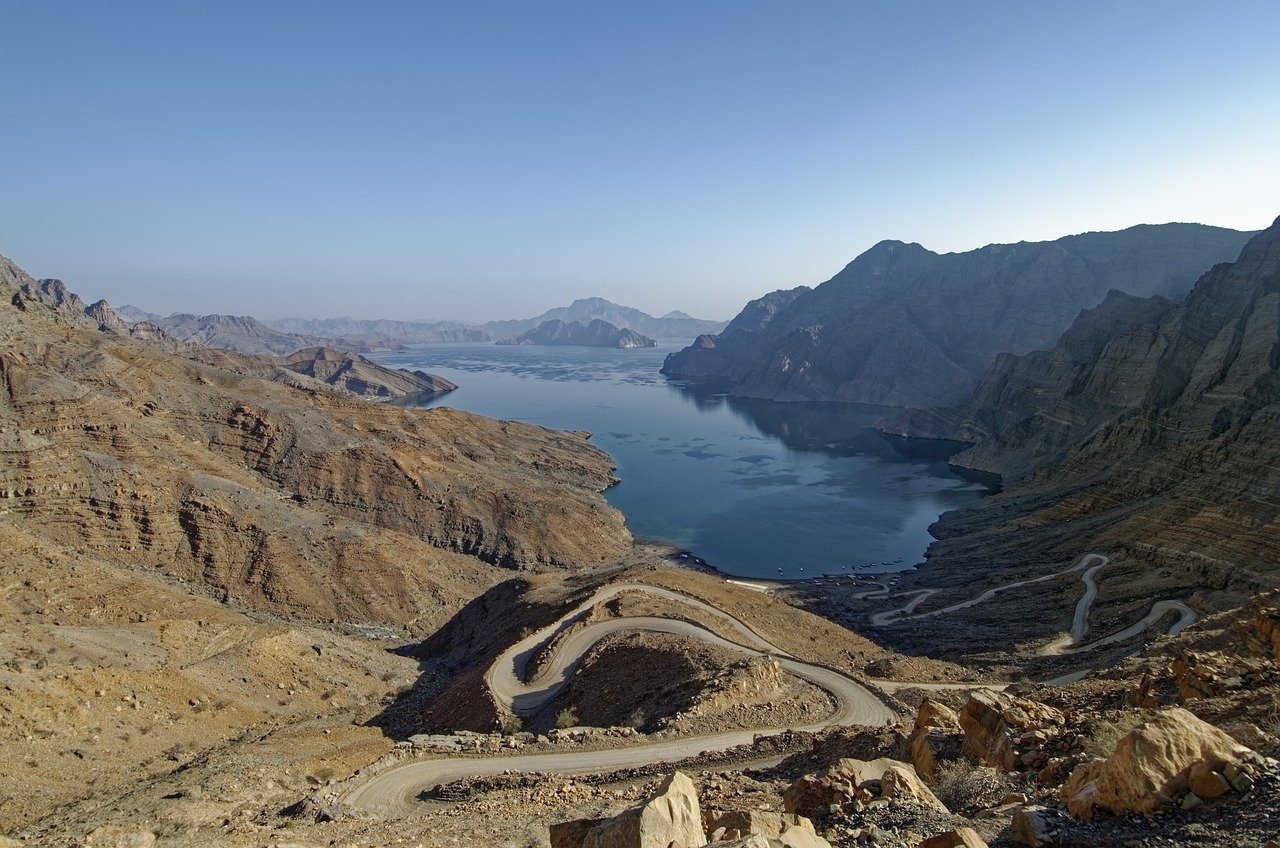 Today, the Musandam Peninsula belongs to the Sultanate of Oman. It is a small enclave that is separated from the rest of Oman by a 70-km strip of the United Arab Emirates. By the beginning of the 20th century, piracy in these waters had been eradicated, and most pirates became smugglers. And after Oman has become a popular tourist destination in our days, the “salty dogs” of Musandam once again changed their occupation and became kubtans (captains) of small ships or boats used by tourists to enjoy the local exotic beautiful sceneries. A small local ship is called a dhow. As in old times, the dhows are built without drawings and using only four tools. Once, the Arabs were the first to use fore and aft (triangular) sails. The auxiliary mast, on which it was attached, was called a “mizzen” (a balancing one). This is how our European term - a mizzenmast - appeared. But you won’t see the sails today. No need to have the sails if a reliable UK-made or German-made diesel engine works in the ship’s hold. 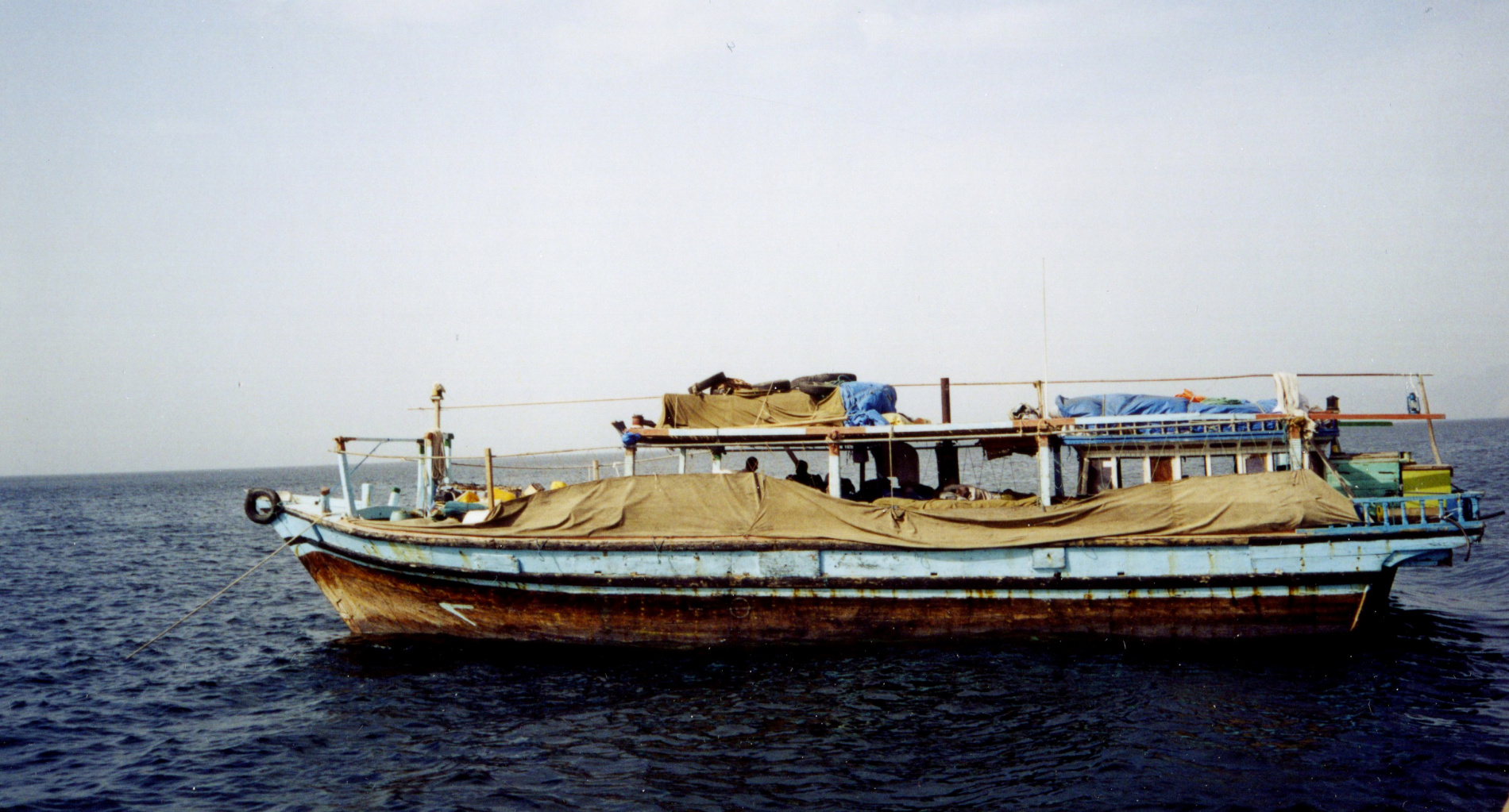 Dhow cruises through the labyrinths between the mountain cliffs are usually organized in the 20-km Khor Sham fjord. The journey (and this is indeed a real journey, which can sometimes remind you of the stories by Homer you read) begins in the Khasab port. In the morning, there is a crowd of fishing boats and also motor boats arriving from the other side of the Strait of Hormuz (from Iran) to get smuggled goods, such as Japanese electronics, English cigarettes, and others. The dhow cruise team consists of one or two persons: the captain (kubtan) and the steward. If there is no steward, his duties are performed by the kubtan. 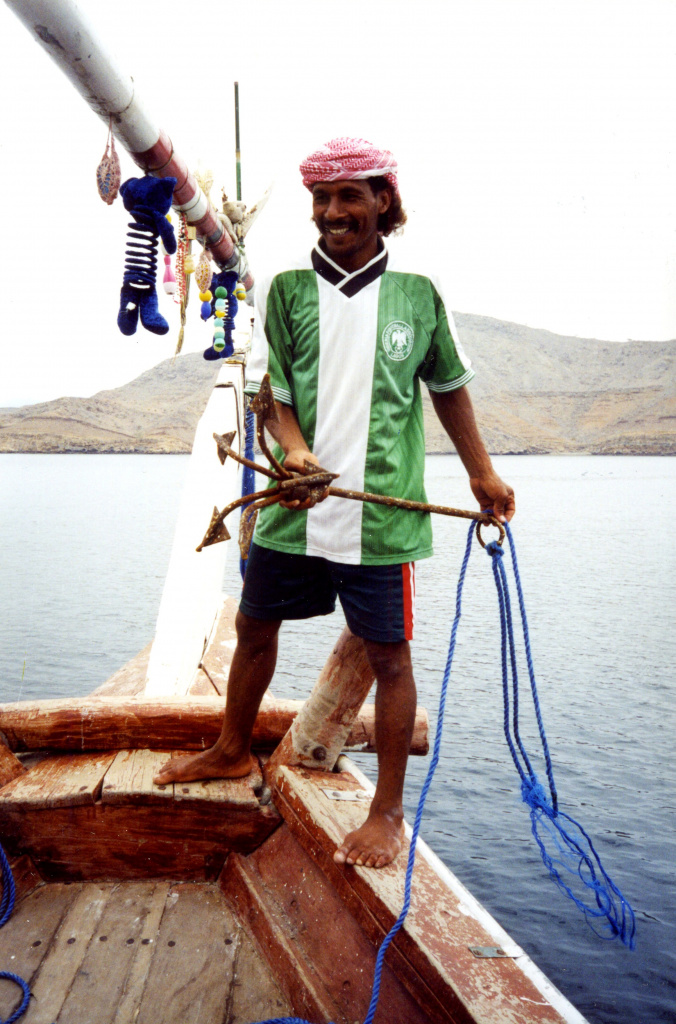 The calm inner waters of Khor Sham were chosen by cormorans. The cormorans are not afraid of dhows and are reluctant to give way to them. When a dhow is very close to the cormorans, they dive. 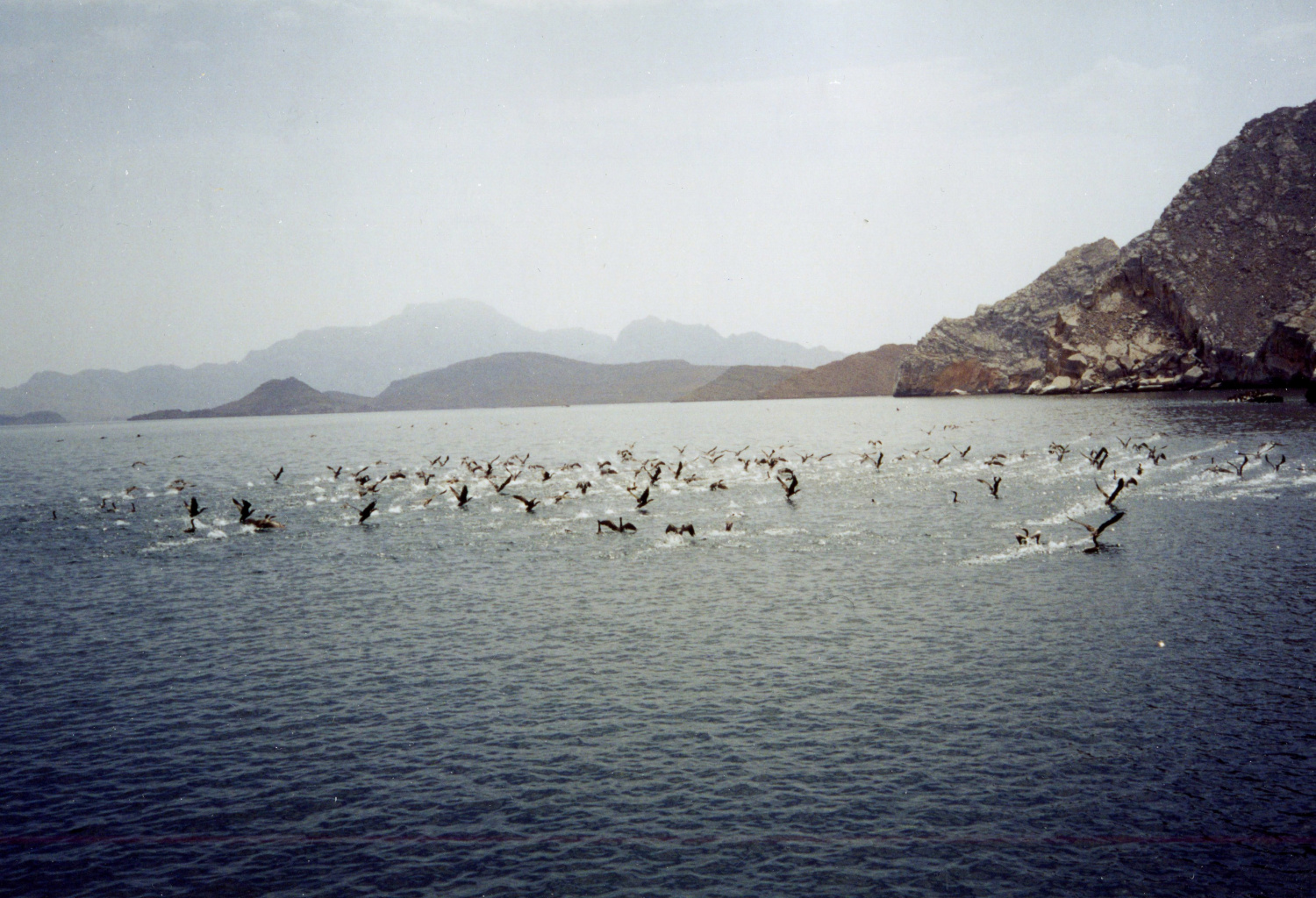 If you come across a fishing schooner along the way, you can have fresh tuna for lunch. The kubtan usually shouts something guttural and a fish flops on the dhow deck after flying in the air with a whooshing sound. 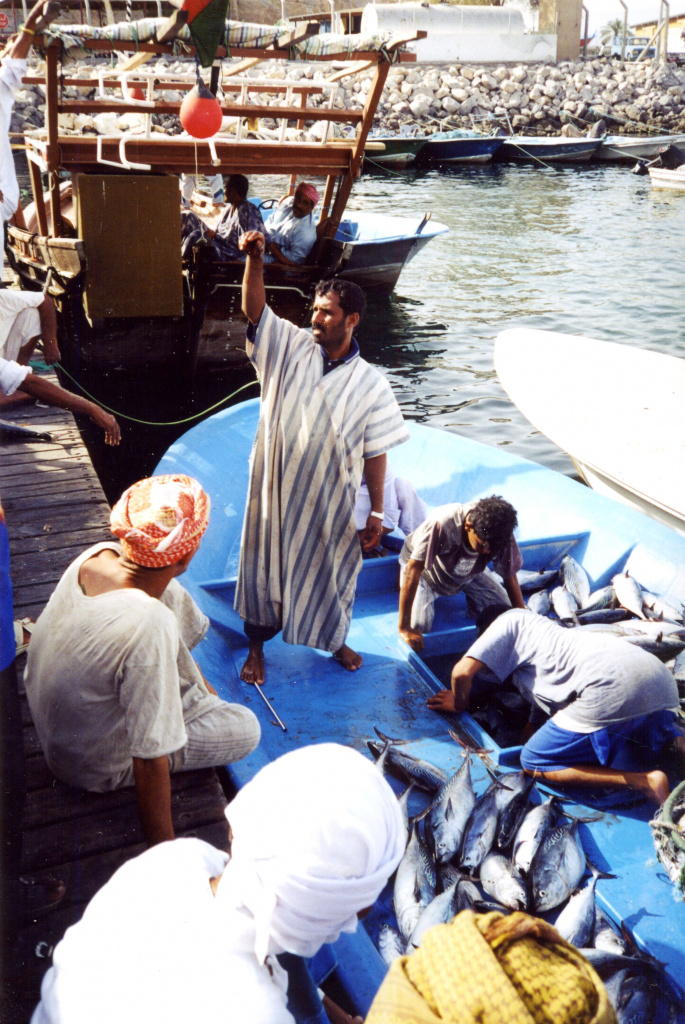 All that remains is to watch the dolphins, which normally begin to rush around the dhow like mad. Soon, we arrived at the Telegraph Island, a place for some rest, swimming and lunch. Once, it actually housed a station to control the underwater cable connecting Karachi and London laid in 1865.

If it is high tide time, then on the way back, the ship can be rolling in rough weather. But don’t be afraid: the kubtan has a sure means of protecting his ship against misfortunes - that is a bag of salt suspended at the crossbar at the front of the ship! All the rest things - plush toys and a painted tuna tail - are there just for the beauty. 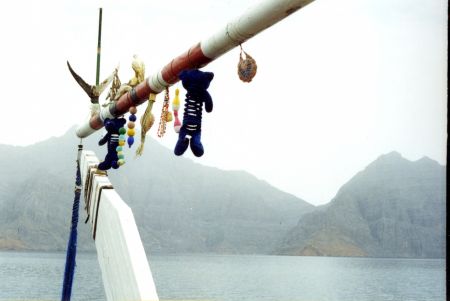 You can take a trip to the remote parts of the “Arabian Norway”, in one of which the rocks are adorned with the works of the distant ancestors of our civilization. This place is Taui, 3 km from the expressway running along the coast of the UAE. To the left of the road, there is a heap of stones (there are folds for birds and goats). On the ends facing the road, the images of animals and warriors are seen. If you climb up the scree slide, you can find other drawings, the petroglyphs as scientists call them. They say, that three thousand years ago, not only pirates lived here, but also painters.