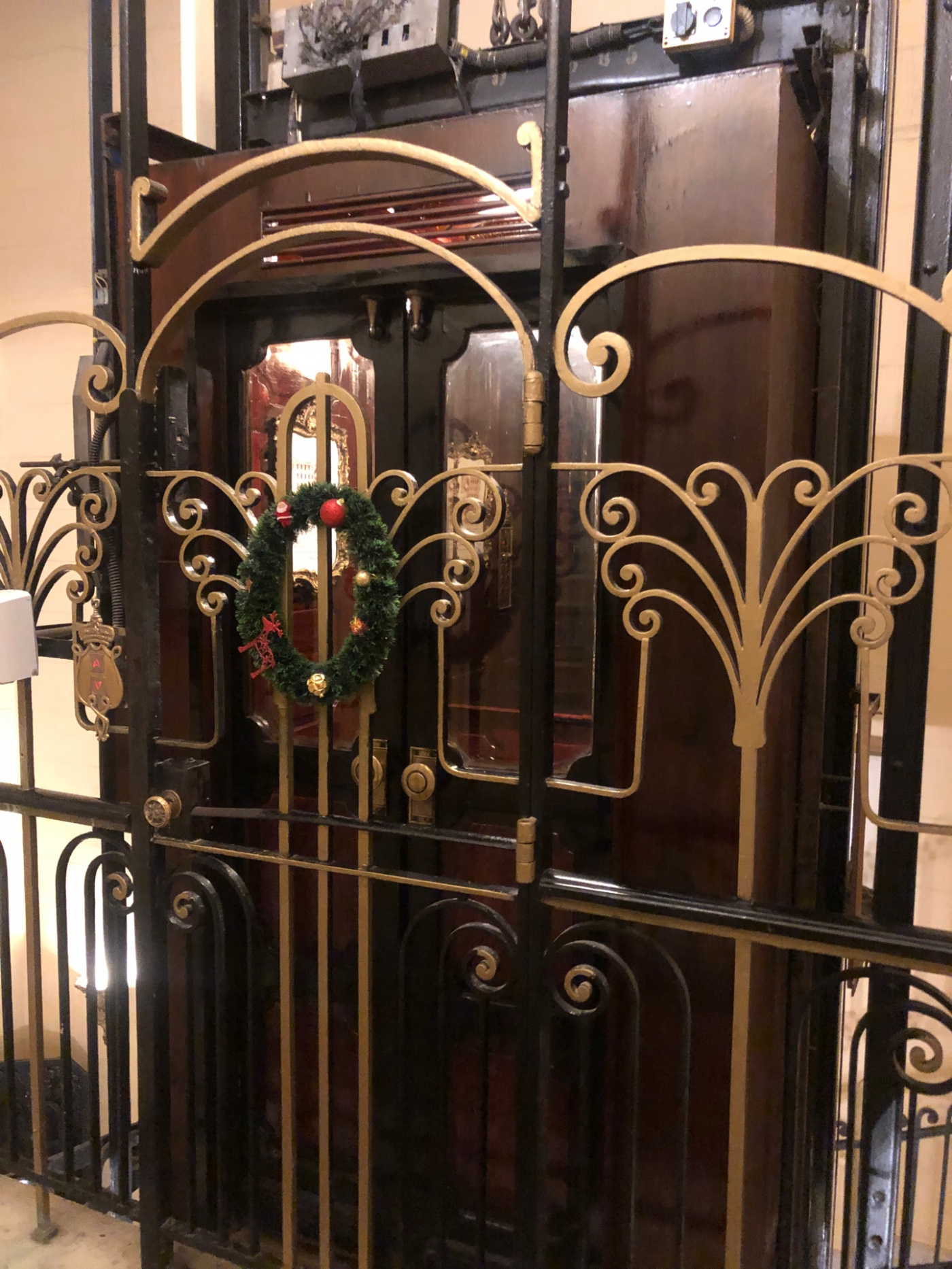 Founded by Alexander the Great and named after him, the northern capital of Egypt was built and later rebuilt by the Romans and Greeks. In modern history, eminent French and Italian architects made their contribution to the beauty of the city. For many centuries, Egypt’s Alexandria inhabited by the different communities, including the Greeks, Jewish people, as well as the emigrants from the Russian Empire, was a combination of diverse cultures and traditions, which resulted in a certain tolerance, lightheartedness and carefreeness of the Egyptians. 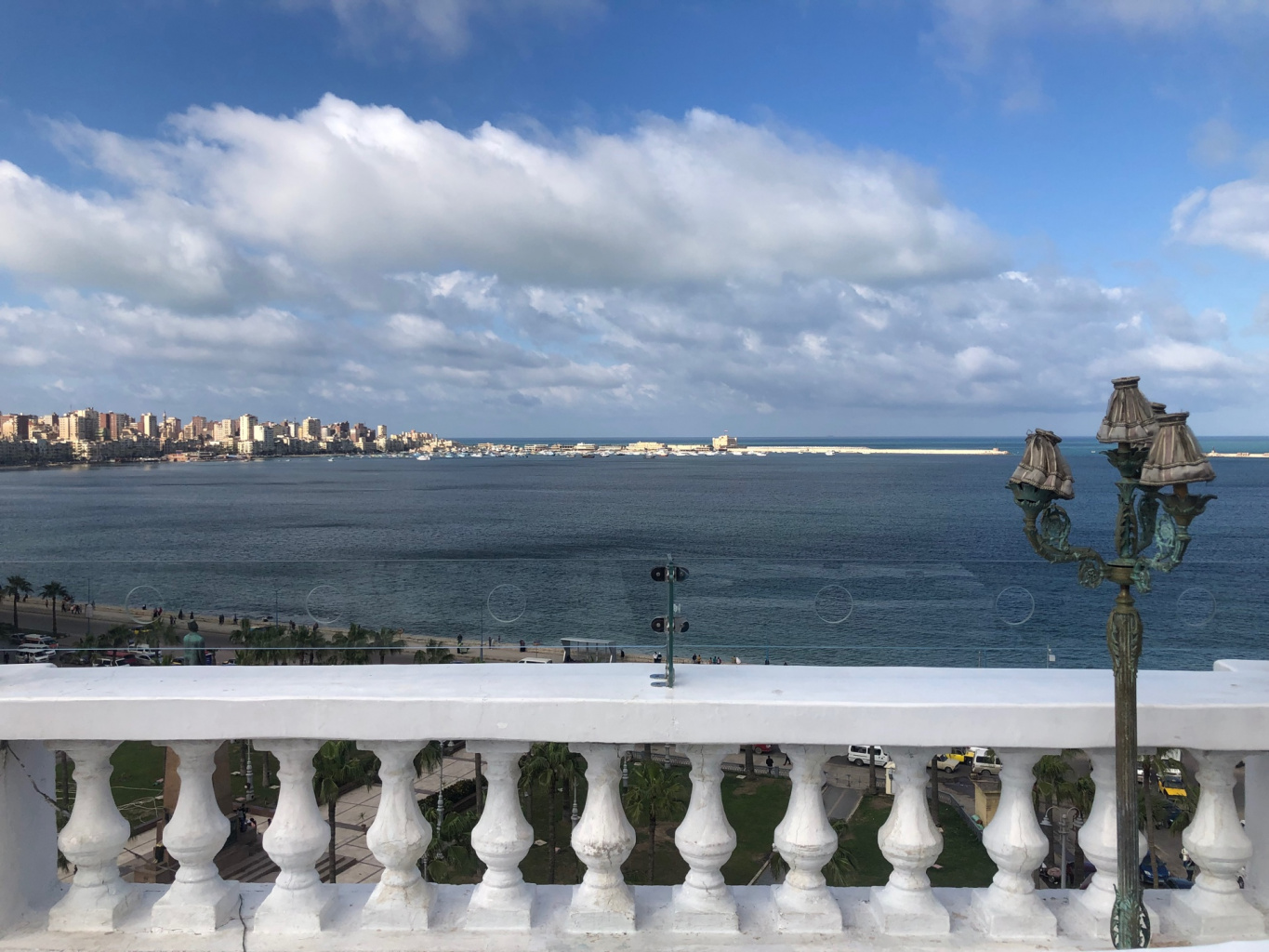 Half a century ago, this Mediterranean city lived like a European city, people spoke mainly French, the city had a European flavour, the people ate, drank and slept on what was ‘made in Europe’ - in general, the French and English styles were introduced as much as possible in a single Arab country. It was a long time ago, back in royal Egypt. Much water has flown under the bridges since that time, many signs of past grandeur have long disappeared into the blue...

Today’s Alexandria bears little resemblance to a European city, many of its features have vanished or covered with unattractive wrinkles of time, the Greek and Jewish communities have virtually disappeared, few old Greek and Jewish people live there, and the emigrants of the ‘first wave’ died long ago; among them was the Russian painter Ivan Bilibin who made paintings for the Russian fairy tales. Arab-style and faceless modern buildings have almost pushed out the unique European ones, which are decaying in front of your eyes, falling apart and finally disappearing into oblivion. But something has still survived. 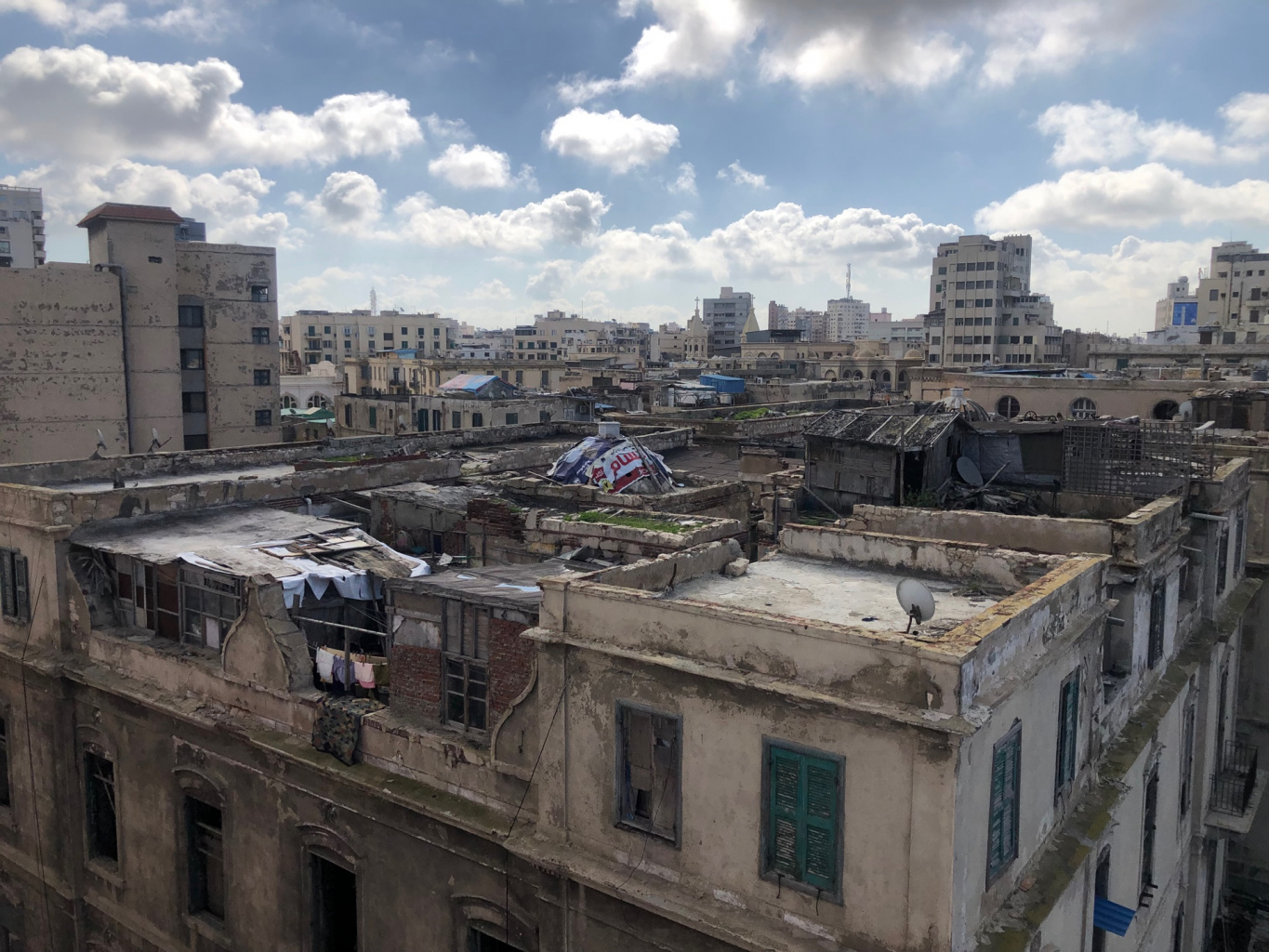 The ordered life of the northern capital flows slowly, with gusto. The inhabitants seem to be constantly engrossed in their own thoughts and therefore do not immediately delve into what the newcomers tell them ...

Metropol, the unique hotel of the northern capital built 120 years ago, stuck in its past, but at the same time, has not lost its European spirituality. 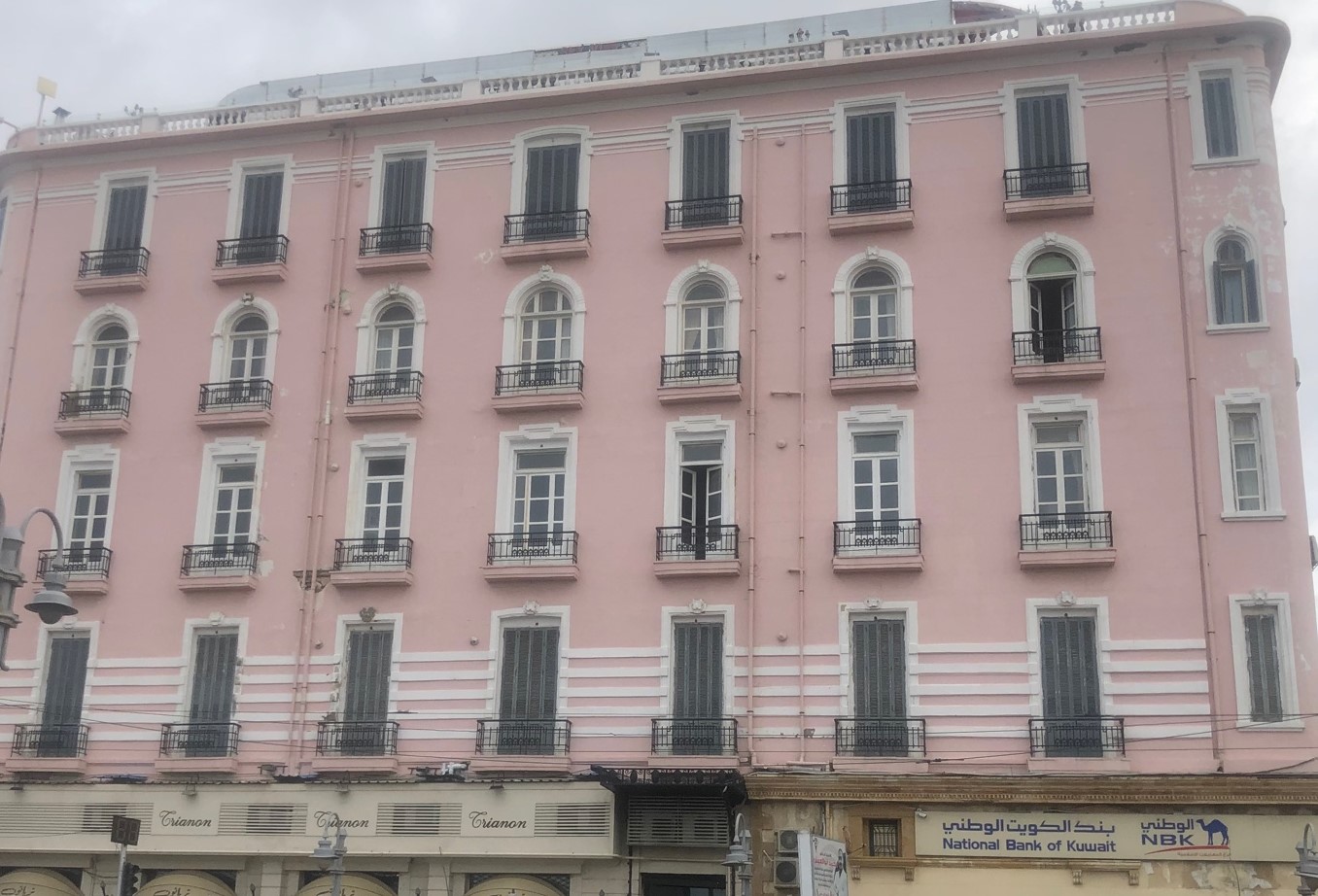 ”Where are you from?” asks the chef at the restaurant keeping on frying scrambled eggs for breakfast. “We? From here,” the writer of these words says, as usual in such cases. “From here? Not from there?” the cook smiles mysteriously and then, as if under the influence of intoxicating aromas from the kitchen, he forgets both the conversation and the client, and nothing excites him more than eggs sizzling in the pan. Although the importunity of curious Egyptians is well known.

And the Metropol hotel turned out to be a ‘time machine’ to travel into the past. Once, it was the best hotel in the city, and, perhaps, in Egypt, now it is not the best one any more. There are not so many guests in the hotel as visitors prefer to stay at more comfortable and modern hotels on the Mediterranean coast offering their own ‘hotel’ beaches. In winter, a number of rooms are closed due to ceilings leaking in the rain and imperfect sewage systems, and the air conditioning system also leaves much to be desired. 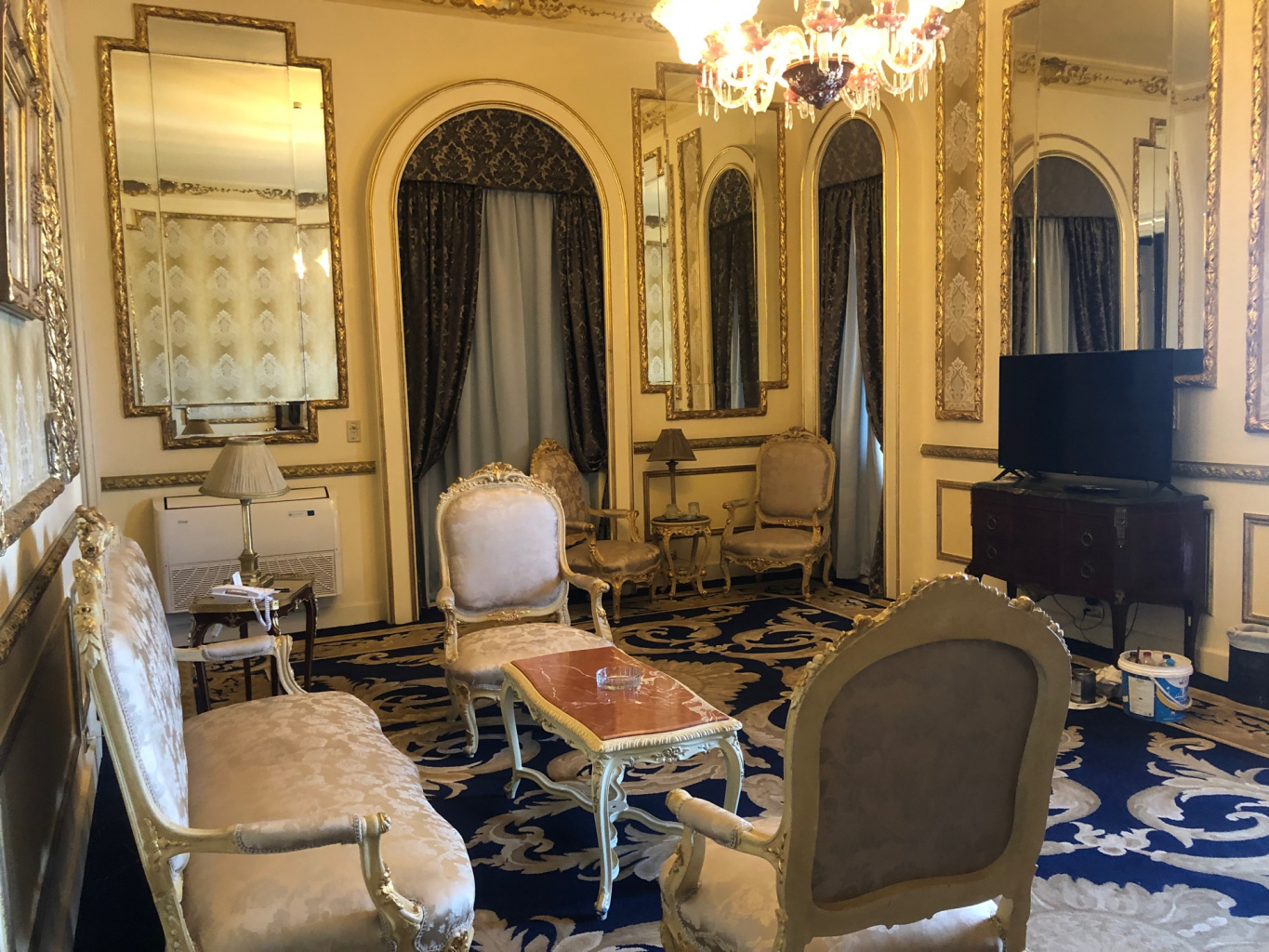 But really, no technology can compete with the atmosphere of this hotel! The ghosts of the past peep out from behind heavy curtains and old art works by unknown painters are covered with craquelures. Many rooms are open, and the desire to look behind the massive doors and touch the ancient interiors is even greater than the almost bodily fear of ghosts in old-fashioned crinoline dresses and dinner jackets, which can emerge through the half-closed doors of the dark rooms hidden from daylight behind wooden shutters - these rooms have heavy antique English furniture, crystal chandeliers and old lithographs on the walls.

Of course, the hotel was renovated, plumbing fixtures replaced, modernized, but much has been preserved there as it was several decades ago - suites named after Louis XV or the Louvre suites, the furniture that has long become antique, an elevator installed in the 1920s. Even the female maids, whom you do not have the heart to call ‘staff’, are dressed, as they once were, in dark strict dresses with snow-white starched aprons and caps on a neat hair-do. 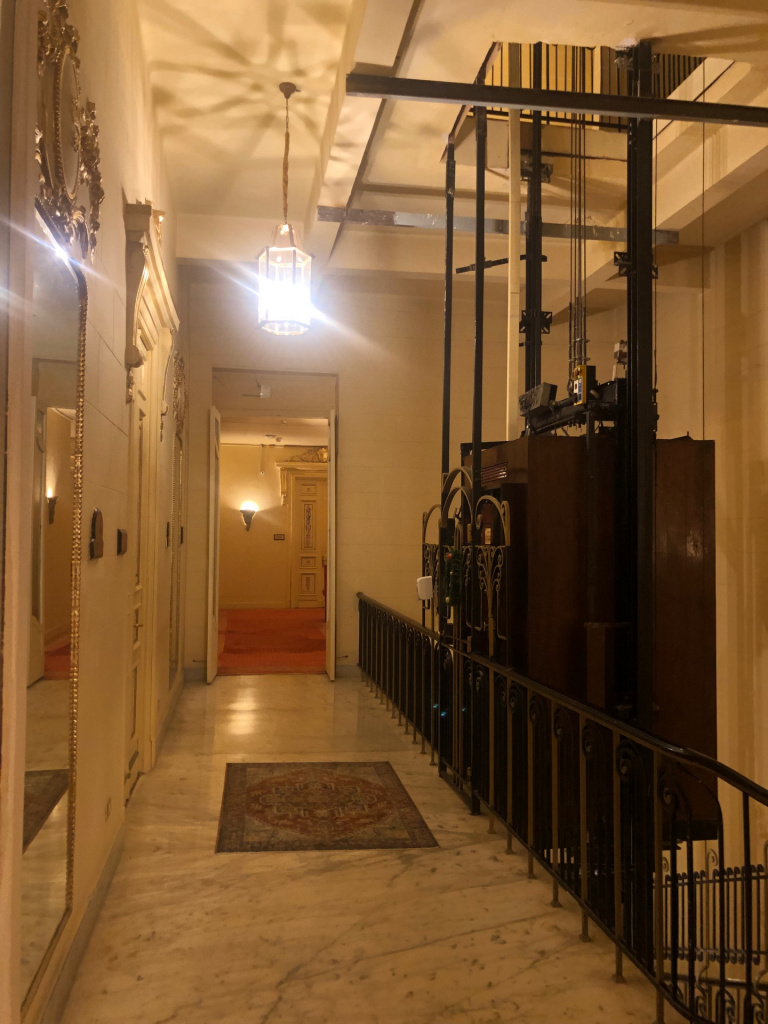 In addition to antiquity, the hotel has also retained the spirit of love relationships and passions that these rooms witnessed.

The Metropol hotel was built on the place where, until 1879, there was an obelisk built by Queen Cleopatra in honour of her beloved Mark Anthony. It was a given by Khedive ruler Ismail to New York as a gift and now stands there in the Central Park. And the story about this has been preserved in the historical records and is in a frame on the wall of the hotel elevator. 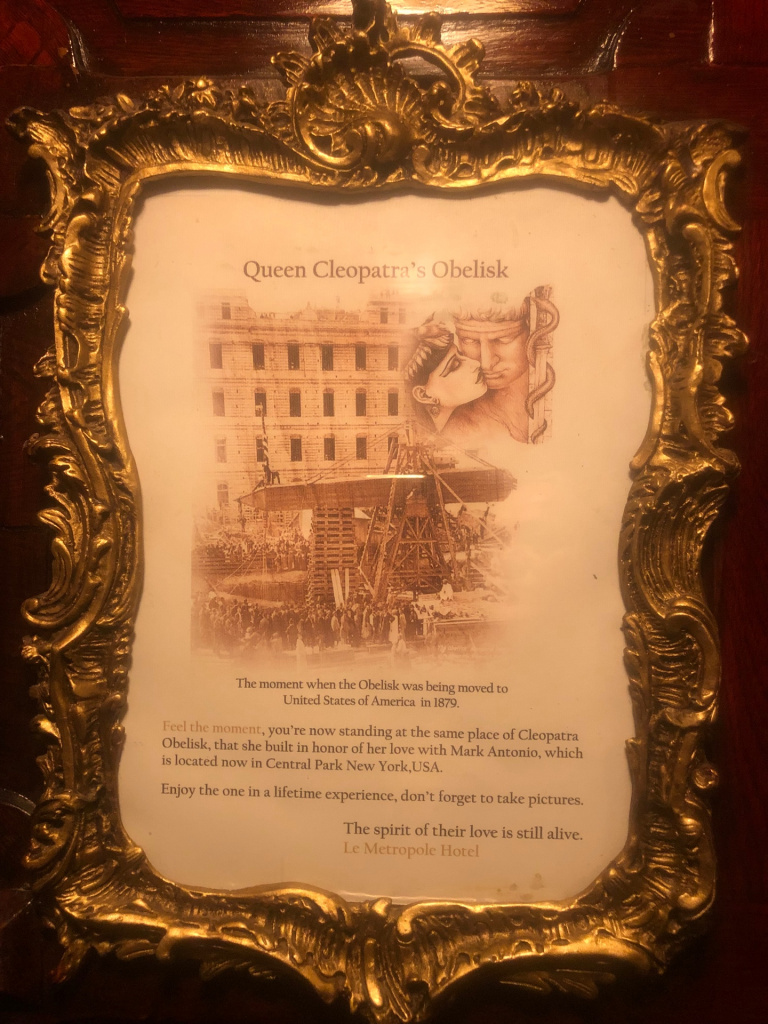 In 1942, in one of the rooms of the Metropol, both love and espionage passions flared up. As the story goes, Silvio Marutti, the Italian who worked for German intelligence, met Anna Glen, the wife of the commander of the British military administration of the city. At that moment, Rommel - with German Africa Corps - was already rushing to Egypt from Libya captured by the Germans, and Marutti’s task was to use his secret love affair with Anna and understand what the British were going to do and transmit the information to Berlin. 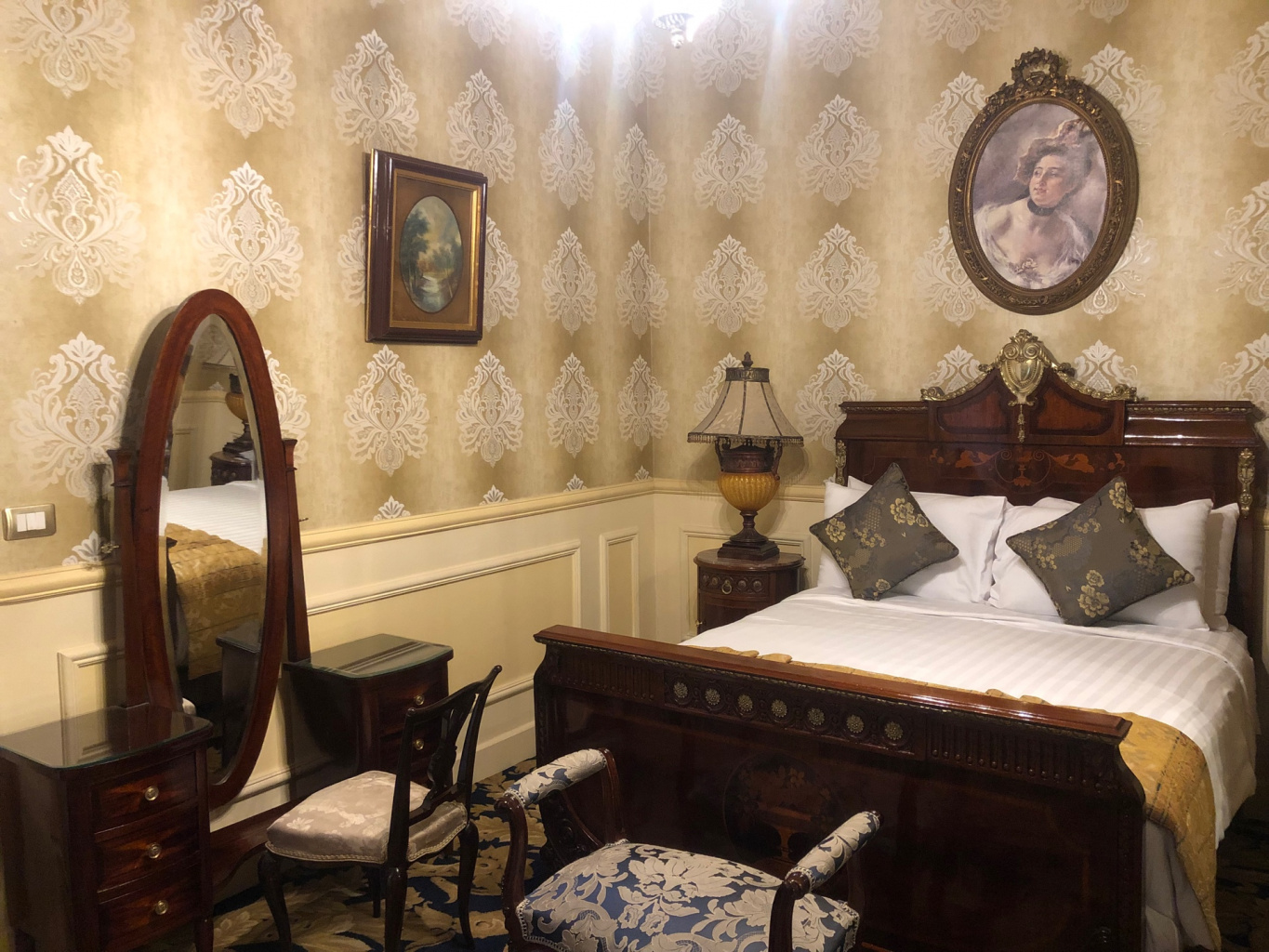 In 1958, the Metropol hotel, already ‘antique’, was chosen as the setting for the British film ‘Ice Cold’. By the way, there are enough antiques at the Metropol hotel: the 19th-century piano once belonged to Muhammad Ali Pasha is worthless, not to mention the collection of elegant statues and paintings in heavy frames.

We examined all five floors of the Metropol hotel in a couple of days and saw each empty and open room, as well as the decoration with a touch of dust and old age was touched and photographed. Curiosity, as well as the desire to touch something secret and, perhaps, even mystical, forced us to look under the heavy frames of the paintings and carpets half-worn out with traces of heavy rains rushing inside. And when we suddenly heard heels on the carpet in the silence of night in a half-empty hotel, and then the door to an uninhabited room slammed, a chilling horror settled in our souls, as if someone reminded that one should not go into other people’s secrets, especially if they belong to the past. 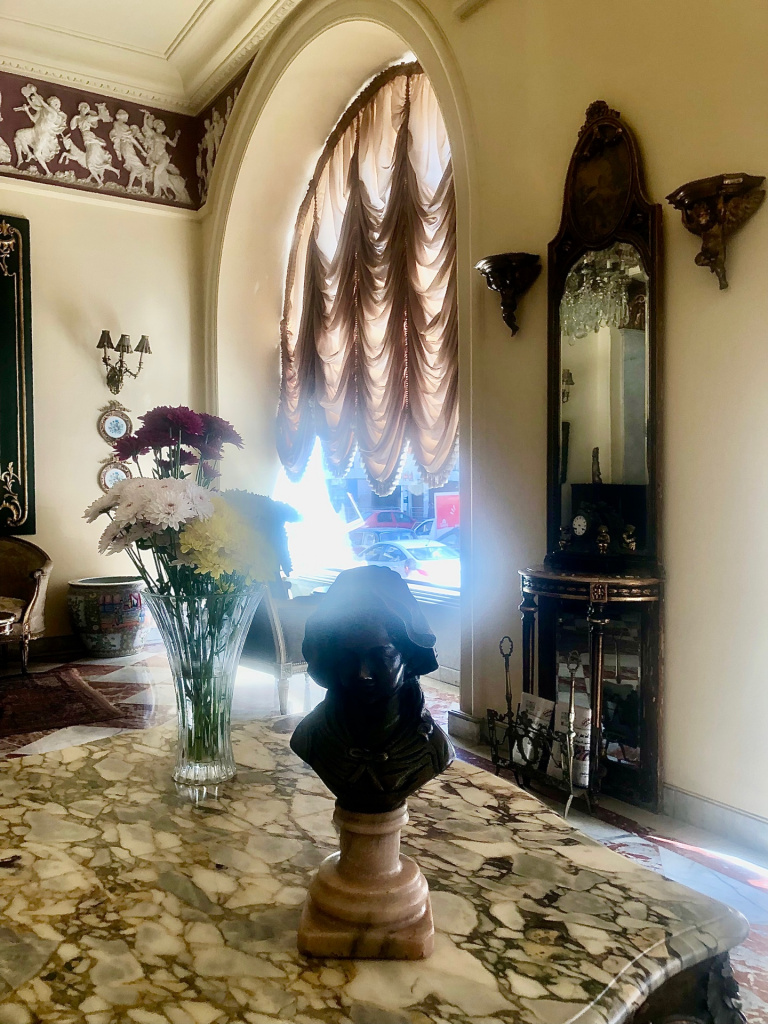 The Alexandria Metropol hotel looking more like an antique store, or a second-hand shop, keeps on attracting with mysteries and ghosts of the past, but does not let you get too close and does not allow you to invade the privacy, it firmly keeps the secrets and grandeur of the once main hotel in the northern capital of Egypt.