The life Aquatic and the Turkish coast 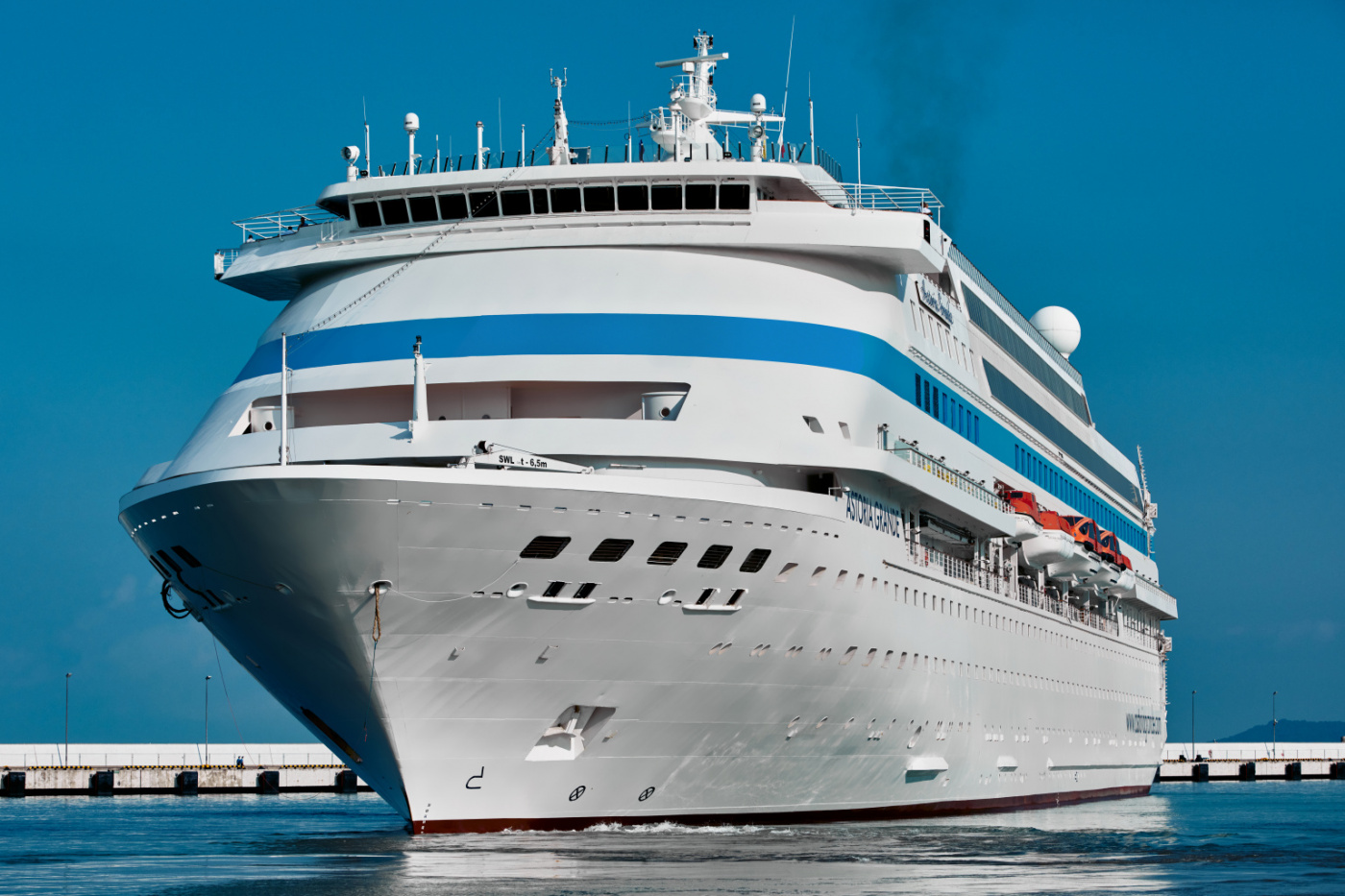 One hundred days in the Black Sea, fifteen cruises and over nine thousand passengers… The 11-deck passenger cruise liner Astoria Grande of Miray Cruises, the Turkish leader in sea voyages, has successfully completed its first season of sea travels made by the Russian tourists from Sochi to Turkey (Türkiye). Cruise navigation between the Russian resort city and the Turkey’s coast has become the new event of the year. According to Yuri Vladimirov, CEO of the Sochi Commercial Sea Port, the arrival of the Astoria Grande cruise liner in the Sochi Sea Port was a milestone event because not a single passenger cruise liner has entered the resort city’s sea port for four years.

“We are returning to where we started,” said the CEO. “In 2014, the Olympic year, we were visited by three or four foreign cruise liners.”

“Astoria Grande is a very unique project for the cruise market,” said Andrey Mikhailovsky, Director General of the Infoflot tour operator. “The passenger cruise liner is comfortable, the team is responsible, the prices are affordable - all these factors allow us to say right now that the demand for such a tourism product among the Russian customers is high.”

This company is among the largest in tour sales, and both the cheapest and most expensive cabins were in the greatest demand.

“Sea cruises are popular because travelling abroad has now declined, the departures are made from the familiar Russian resort city, and these cruises are excellent value for money,” he continued. “Every voyager can find something to do on board the Astoria Grande. In summer, we did not feel any rocking on the ship, but the weather was warm, without storms. We are glad that sea cruises are started again, because we have no warm seas, except for the Black Sea.” 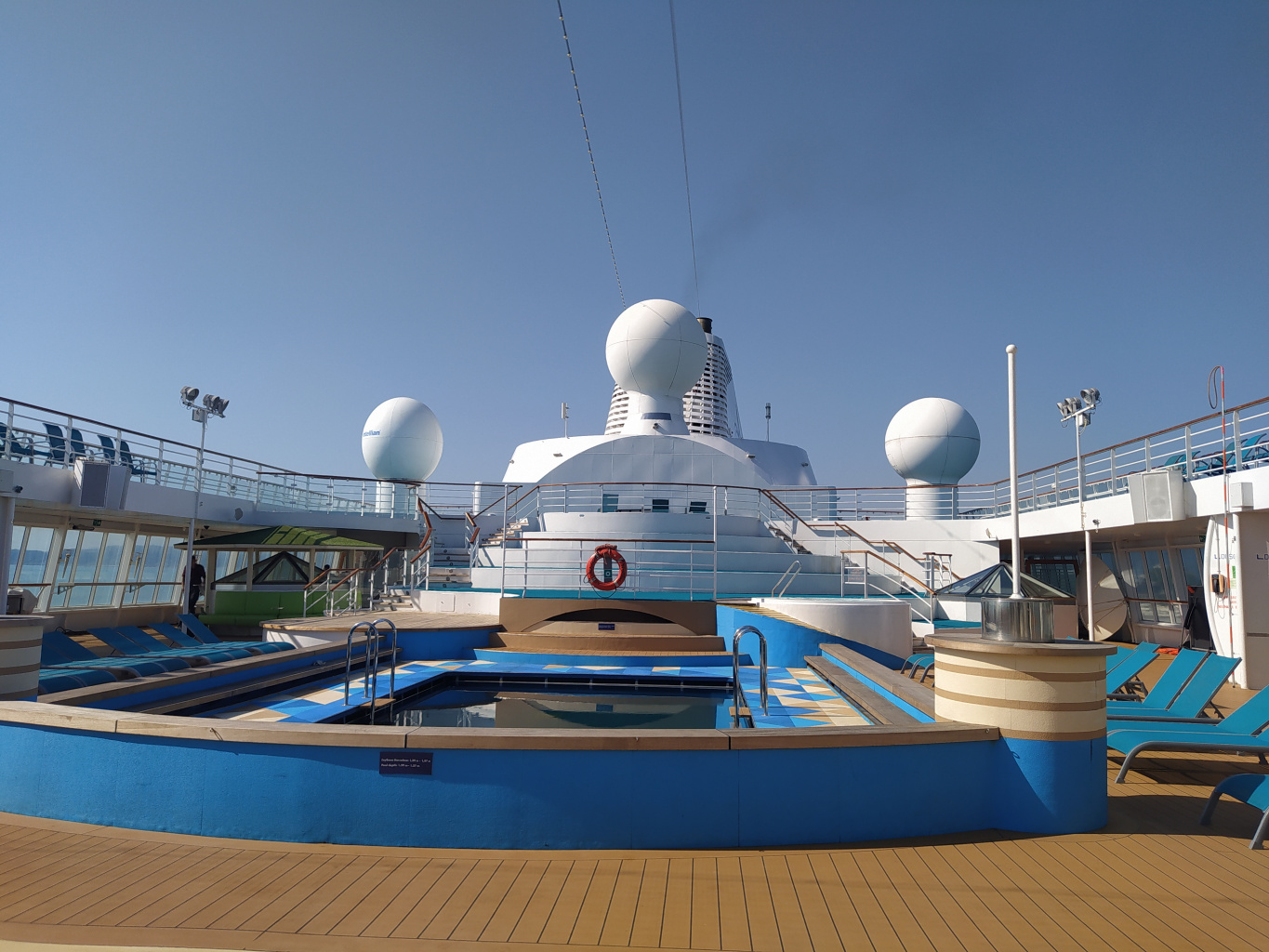 The Astoria Grande’s passengers are mainly tourists from Moscow, St. Petersburg and the Krasnodar Territory.

“I am traveling on a cruise liner for the first time,” - Irina Naydyonova from Novorossiysk shared her impressions. “I booked a ticket ten days in advance via the Internet in a cruise centre. I have a cabin without a window. The cruise costs 93 thousand roubles. It took 4.5 hours to get from Novorossiysk to Sochi by a Kometa (Comet) hydrofoil boat. I will go back the same way as it is more convenient than by bus or train.”

It is a completely renovated cruise liner for 1.3 thousand passengers fitted with first-class equipment designed for a comfortable recreation of passengers and their safety.

“An integral part of our cruise product is a well-thought-out pricing policy,” said Alper Deger, Astoria Grande’s Hotel Director. “We offer a variety of cabin options, including suites with private access to the deck, four buffet meals a day, and a signature a-la carte restaurant. Taking care of passengers is our highest priority. The entire service and entertainment programme is in Russian, and the possibility of paying for services through Russian banks makes staying on board as convenient as possible.”

It is worth mentioning that cost of a voyage is from 85 thousand roubles. The cheapest option is a cabin without windows, and the most expensive is the ‘royal suite’ with a separate deck (there are only four of them on the cruise liner). There are also eight cabins for disabled people. The travellers don’t require a visa, they need a passport for travelling abroad only.

The cruise price includes four meals a day ‘full board buffet’ (breakfast, lunch, dinner, snack and soft drinks during meals), entertainment programme, access to the children’s club to enjoy the entertainment services, as well as fitness and spa areas.

“We are happy to take care of our dear guests,” said Rosler Yachim, Head Chef having 35 years of experience. “We offer breakfast, lunch, dinner and snacks (buffet), there is a choice of international dishes and a menu for vegetarians as well. We focus on the Turkish cuisine and the choice is very wide.”

Excursions are paid separately. And the travellers can take no money along with them at all. In Turkey, one excursion costs from 30 euros, but our travellers can walk around the city or visit a beach for free. This type of services is the same as in an ‘all-inclusive’ hotel.

“The safety of passengers is our top priority,” explained the captain of the cruise liner Igor Kichkerkin. “The liner is equipped with all advanced navigation and fire safety systems. The crew members undergo weekly training sessions and regular proficiency refresher courses. Also, the liner is equipped with a up-to-date stabilization system providing maximum comfort for passengers even in a stormy weather.”

“Well-thought-out routes along the Black, Marmara and Aegean seas give the Russian tourists the amazing opportunity to see a ‘different’ Turkey and sea voyagers get incomparable impressions and experiences,” the organizers admitted. “Seven-day cruises are always varied and full of vivid emotions. A day of relaxation on a secluded island or going through the Bosphorus Strait with a panoramic view of the attractions of one of the oldest cities in the world gives the voyagers the memories that remain for a lifetime.” 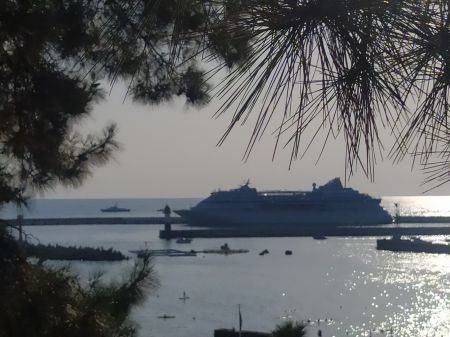 Each of the routes involves visiting historical port cities such as Istanbul, Sinop, Cesme, Amasra and Trabzon and relaxing and sunbathing on the best beaches. An interesting entertainment programme is provided for passengers on board - the cruise liner has a cinema, nightclub, five concept bars and a concert hall with 800 seats. During the season, the programme was constantly improved taking into account the customers’ wishes, and among the famous guests of the cruise were TV stars and popular sportsmen.

“Every day we perform a new show,” said the Art Director of the ballet “Bize Lisu” Ivan Koklyushkin from St. Petersburg. “The ballet shows are for all tastes and they are costumed. Our Bize Lisu ballet is 25 years old, almost like this cruise liner. In Turkey, we have already been on a big tour and also travelled around the globe.”

The last season showed a high demand for sea cruises among the Russian tourists. It has already been announced that the Astoria Grande passenger cruise liner will return to Sochi for the 2023 season and five routes will be offered. Cruise tickets are on sale now. The number of cruises will increase, the entertainment programme on board a ship will become wider and more varied, and better excursions and shopping tours will be offered to the voyagers. Also, at the request of passengers, the Astoria Grande New Year programme for the Russian tourists will be announced very soon.