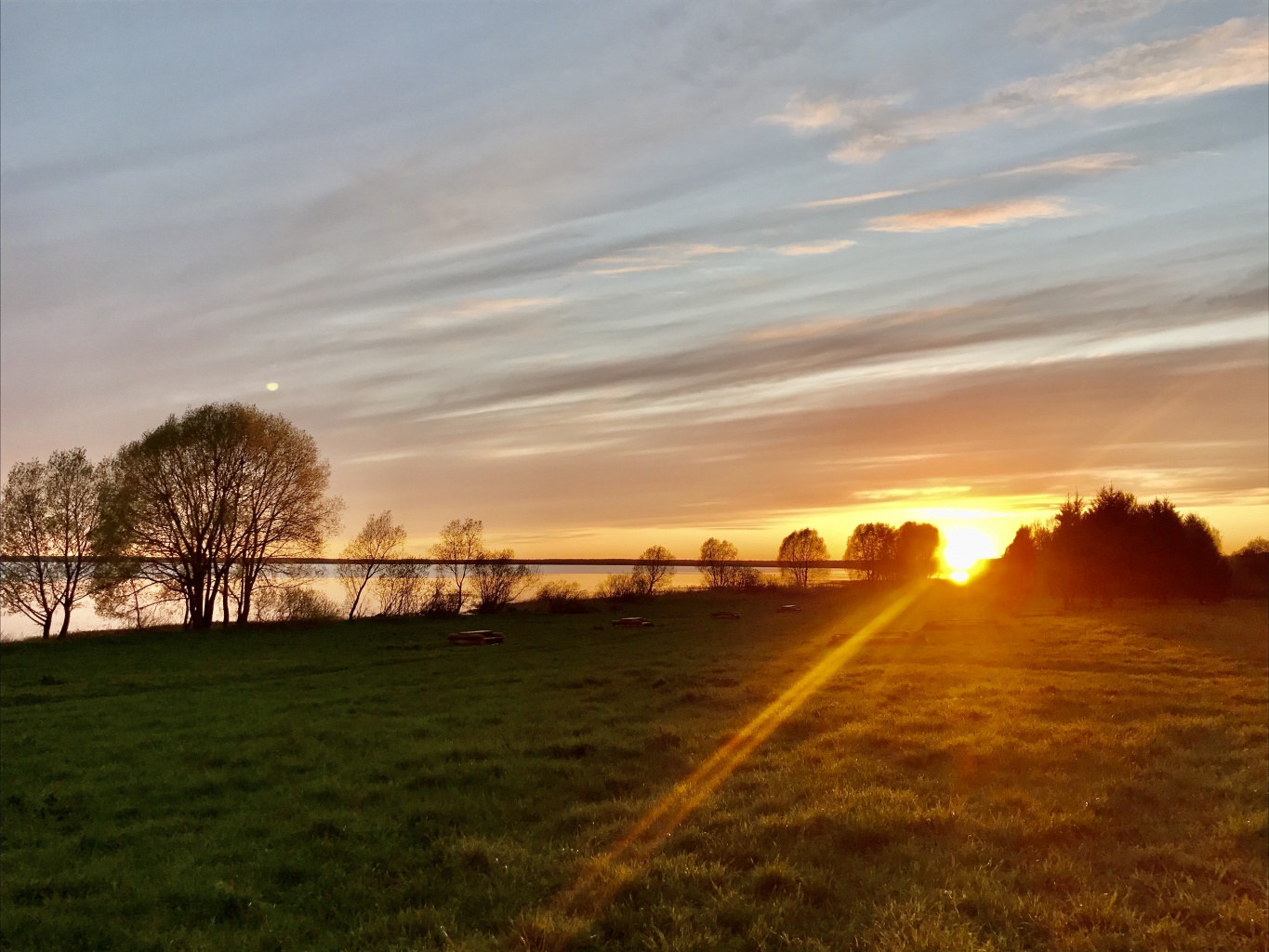 For those who do not want to see the architectural monuments of Pereslavl-Zalessky for a long time, and is not interested in irons and teapots that were mentioned in the previous part, Pereslavl-Zalessky will offer something interesting not to get bored. To do this, it is necessary to go out of the town or to go into its outskirts.

Seven kilometres from the Kremlin by car, there is both the Lake Pleshcheyevo National Park and the pagan attraction of these places - the Blue Stone, which is of interest to many tourists who believe that the ribbons tied to the railing of the bridge can bring good luck, and sitting on the stone help your wishes to come true. The history of this “rock” is somewhat really dramatic and interesting, since many times they tried to bury it, then tried to drown it in the Lake, but each time it either went upward or washed back to the shore. And this despite its rather big dimensions and heavy weight of about 12 tonnes! However, the bigger part of this stone is in the ground now, and the stone is only half a metre above the ground. And it is really blue, this colour appears after rain due to the refraction of rays in quartz grains and biotite inserts.

The entrance to the Park to see the stone costs 200 roubles.

Lake Pleshcheyevo, the main natural attraction of the town and its surroundings, is 10-15 minute walk from the Kremlin. The visitors can get there without a map, if they know that the way is along the Trubezh River’s bank. There are no many-storied houses along the way, all of them are private ones, but while walking through the village, people can see a fantastic scenery! 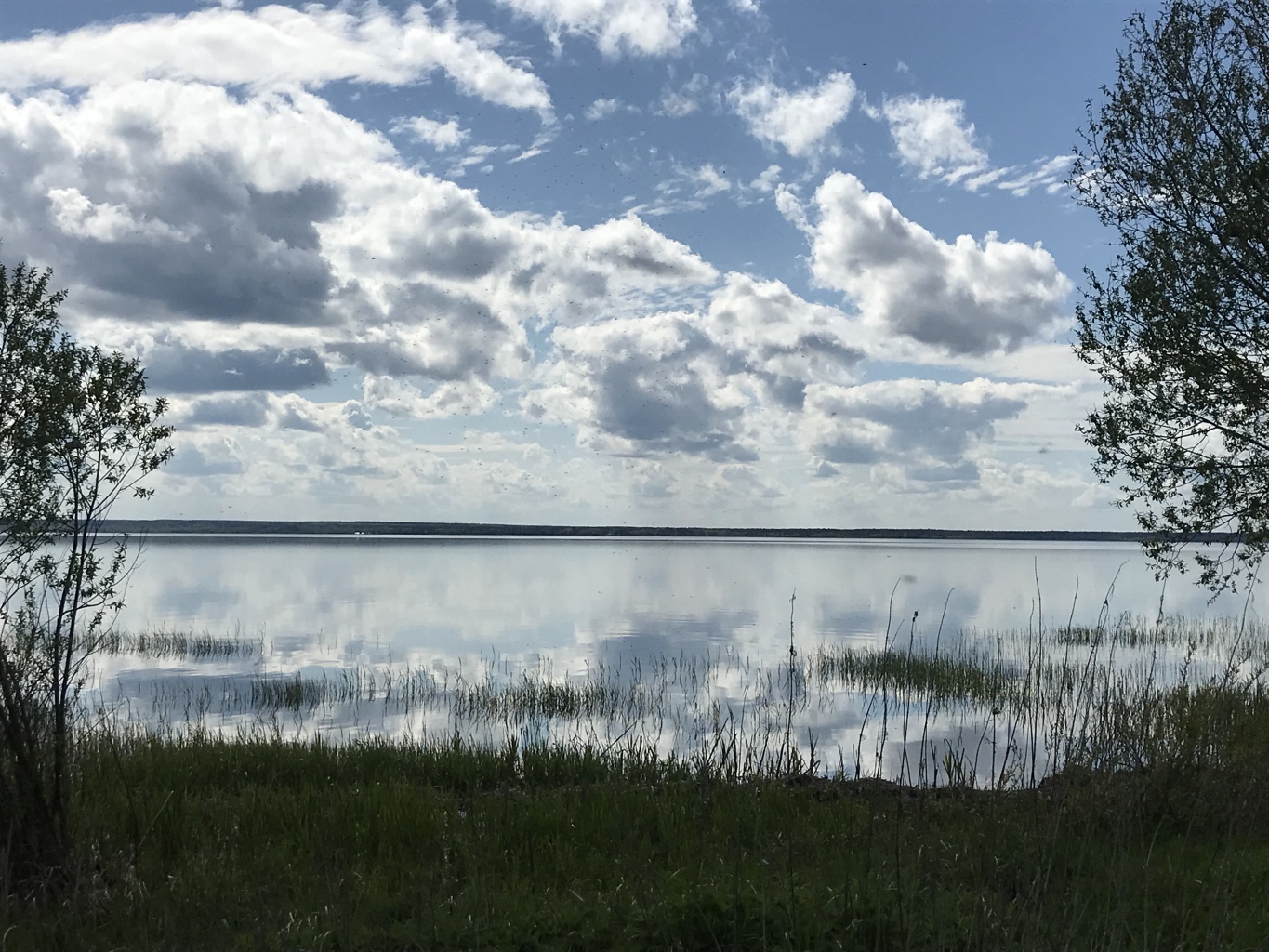 It is quite far to the opposite shore of the Lake within the town - the average width of the Lake is over five kilometres and its maximum width is almost seven kilometres. The Lake is big, that is why some people call it a “little sea”, and indeed, there are even very small, but real tides! The Lake is quite shallow near the shore, and those who want to swim have to go to the Lake at least hundred metres literally knee-deep. But everybody enjoys the crystal clear water and the fine sand at the bottom, with small fish swimming very close by.

In the evening, everyone can take a lot of amazing selfies against the background of the Lake, this opportunity - if written in the social media - could attract young people to Pereslavl-Zalessky. The thing is that the opposite shore is in the west where the sun sets. By the way, the tourists take this opportunity and it is just impossible to count those who come ashore in the evening to take beautiful pictures. And it is especially difficult to tell their number when the town hosts the Golden Ring of Russia Ballooning Festival at the weekend.

I would be up in the air

The Balloon Festival is held annually, so if you had no time to visit it this year, you should not be discouraged. Firstly, because it will be held next summer, too, and secondly, because at the end of September, there will be another festival called “Golden Autumn in the Golden Ring”.

If you want to come to the town to this festival, you really need to book a hotel room in advance as there really may be no vacant rooms a week before the festival.

By the way, there may be no seats in the balloon gondolas available, either! Despite the rather high ticket price, 8,000 roubles, they are normally sold out a few months in advance. However, it’s worth trying!

It’s very convenient that there are two options for choosing the time of flights - for “night owls” and “early birds”. The first flight is early in the morning, almost at dawn, the second one is in the evening, and this time is chosen because during these hours, the wind is very weak, which is important for balloons as they do not take off if the wind is gusty or much more than six metres per second.

The balloon itself, by the way, is not cheap and, as its owners told me, this business looks more like a hobby than a way of making money.

Judge for yourself. The “turn-key” balloon project is about one and a half million roubles. Yes, on the Internet, you can find offers for half a million, but, as the owners say, such balloons can be put in the garage and never used again. The cost of one flight for the balloon owner is about 12,000 roubles, 4 fifty-litre cylinders - 2 main and two spare replacement ones - should be filled with gas; the gas costs now 30 roubles per liter. So, it turns out that if there are two-three passengers in the basket, the flight, of course, pays off, but you can hardly become a millionaire in the balloon business.

Yes, this is not the main thing! When flying over the town in complete silence, seeing and hearing everything that happens below, nobody is thinking about money. They are only thinking about booking the next flight as soon as possible.

There are several ways to get to Pereslavl-Zalessky. The easiest, fastest and most comfortable way is to drive there by your own car. The distance from the Moscow Ring Road to this “pearl” of the Golden Ring is 130 kilometres only, it takes you a little over one hour and a half to get there. By the way, the centre of the town, like in Moscow, is Red Square, so you can indicate its destination in the navigator.

The second way - less convenient - is by bus. Buses depart from the Central Bus Station and from the Severnye Vorota (Nothern Gates) International Bus Station all day, from early morning to late evening, but the trip takes much longer than by car - at least, 2-2.5 hours.

The only option for travelling by rail, which no doubt can make your travelling amazing and prepare you for your “rendezvous” with history, may be the choice of a real steam locomotive! The ret according to their special schedule, and the whole journey takes about four hours because of changing the locomotives. I’s just a pity that the carriages of the retro train are quite modern.