The Dead Sea in its “pre-resort” times 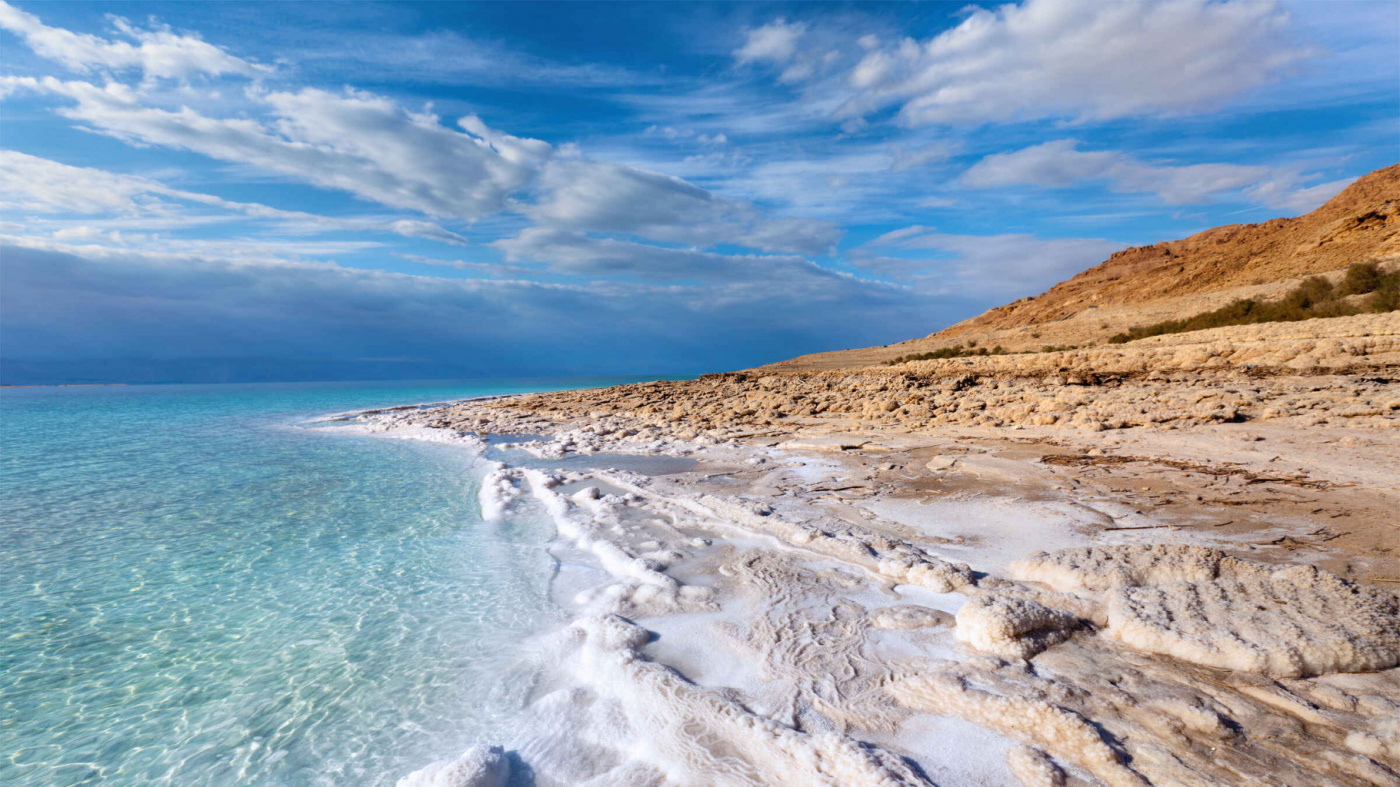 There have not yet been a Mariott Hotel, or Kempinski, or Movenpick Resort & Spa, or other ones in this place. Believe it or not, in the 1990s, the Dead Sea coast on the Jordanian side was declared a military zone, the access to which was open only to a few residents of these places. But a foreign traveller driving a car with a diplomatic number could have arranged everything at the checkpoint to be allowed through. And it was absolutely impossible not to try to swim in the famous Dead Sea while travelling from Syria. And my wife, my son and I decided to definitely swim in it.

It was summer time, the air temperature was good for swimming. Interestingly, I wondered what the water temperature could be in this unusual sea? There was no Internet yet, there was nowhere to get this information. Today, I know that in summer, the Dead Sea can warm up to over 30 degrees Celsius. 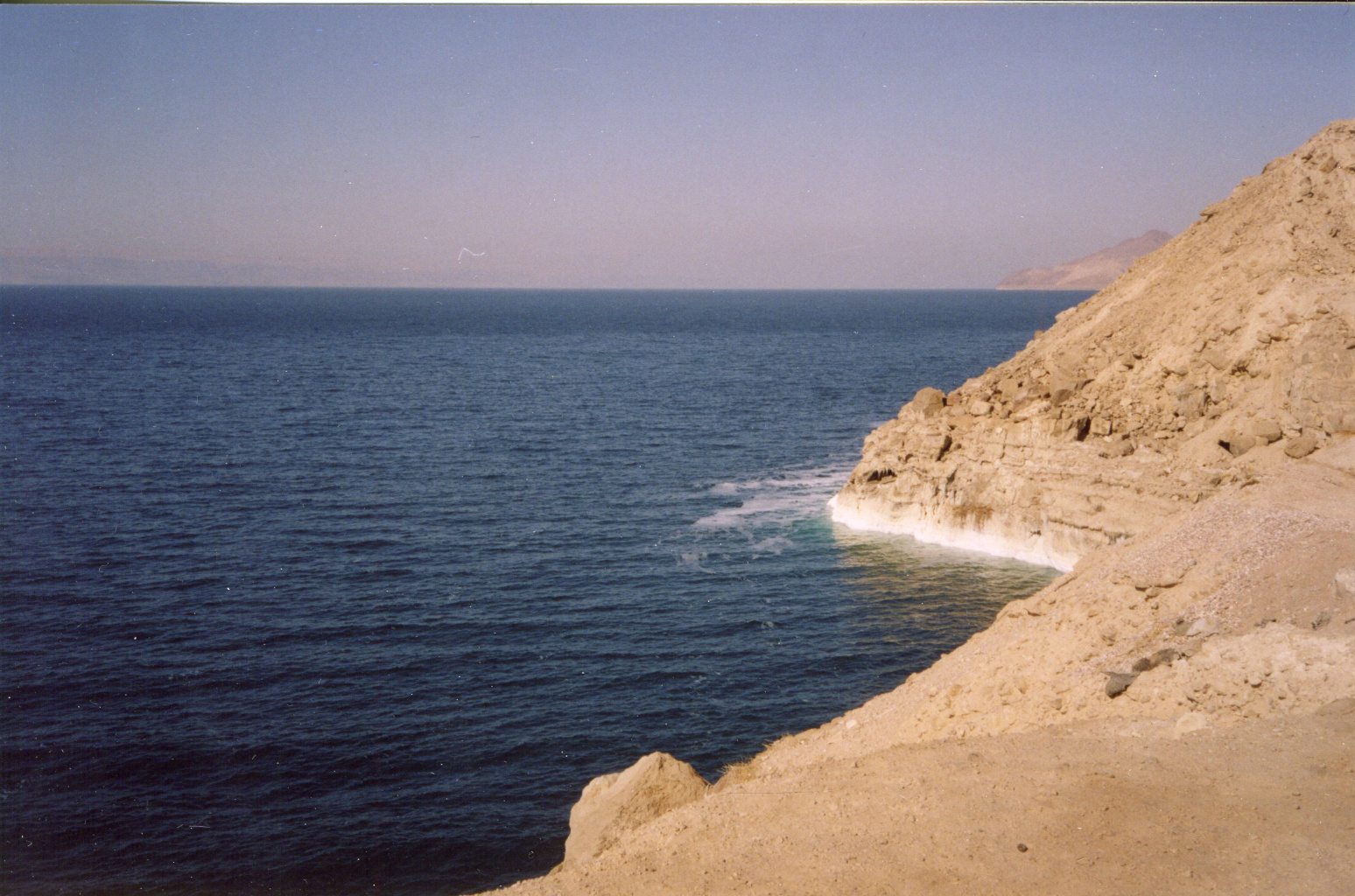 The highway descended lower and lower, because we should come to a place located a little more than 400 metres below sea level. Finally, the car reached the desired shore. Soon, we found a long beach cut by the streams made by the springs bursting forth out of the earth in the surrounding mountains.

The atmosphere was as it should be - very hot and humid; sometimes, moist air seemed to stick to our cheeks. I will not describe the impression of swimming in the Dead Sea, it has already been done thousands of times. But today, it is no longer possible to get some experiences while visiting these places. We got them thanks to our curiosity.

Intrigued by the small streams flowing down from the mountains, we went by car and found an unsurfaced road leading to the mountains along one of the streams. We did not drive for long. Soon, the bleating of sheep was heard and we saw a farm gate. We had to turn around to try our luck elsewhere, but a pleasant surprise awaited us. We found ourselves in a picturesque place of nature with no signs of human presence (except for the bumpy road along which we drove). An affluent stream flowed out of the cave, forming a rather deep pool surrounded by tall reeds. Through them, one could see the amazing beauty of the Dead Sea stretching below. After the salt sea water, we enjoyed swimming in the fresh lake and enjoyed a small waterfall - another gift of nature. It was so wonderful to sit under its gentle streams, enjoying the beautiful scenery!

After swimming, for some reason we did not feel very well. Fatigue came over me, I was a little dizzy, my breath quickened. We went back to the Dead Sea, realized that it was time to leave, but decided to take another swim before we leave, to remember the sea better. After swimming, the skin was covered with salt, and we decided to wash it off in large beautiful deep pools we saw nearby on the beach. The springs smelled like hydrogen sulfide. Well, sulfurated hydrogen baths are good for skin - and we took a dip. Oh, my God! The water was very hot. I felt like I was losing consciousness. I hardly remember how we hurriedly drove back without changing our bathing suits, and only when we got closer to the world ocean level, we gathered our wits and changed our clothes. 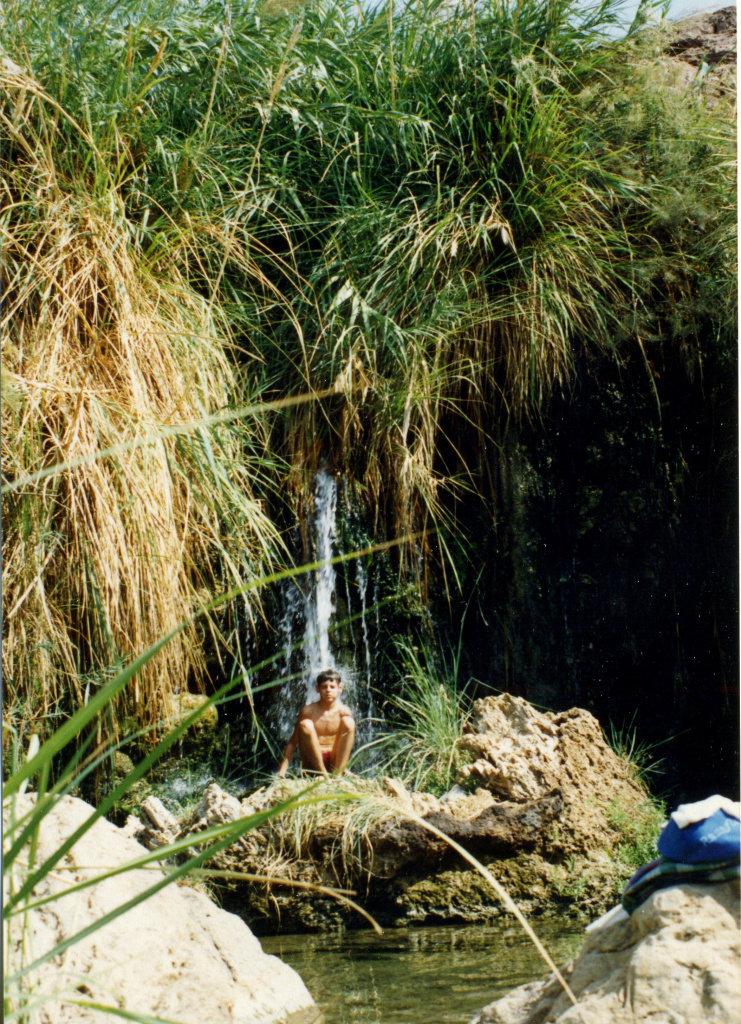 It remained to understand why the exciting trip ended in such an experience. Our friends from the Russian embassy in Jordan explained us the reason. They said, we had obviously come to a radon source. In health-centres, radon baths are taken under medical supervision and they are no longer than 15 minutes. Some patients are not allowed to dive - they should enter the water below the waist. And you “fully enjoyed” the water, and got “your fill of it”. And hot sulfurated hydrogen baths made the situation worse.

Today, in the place where we had an unforgettable experience, there is a long line of tourist hotels. The springs flowing from the mountains are privatized, their water is used in hotel spas and in hospitals, where people are no longer allowed to take radon bath too long, but all this is within the walls of a reputable institution, and not in the stunning scenery of wildlife. And when I enter the Dead Sea Mariott Hotel and see the stream - faced with marble - flowing down from the surrounding mountains and flowing through the hotel reception hall, every time I am feeling nostalgic thinking about one more place in our world, which has replaced its pristine nature with the usual attributes of a modern civilization.