“Sugar” Island or “Sugar Bowl in the Ocean” 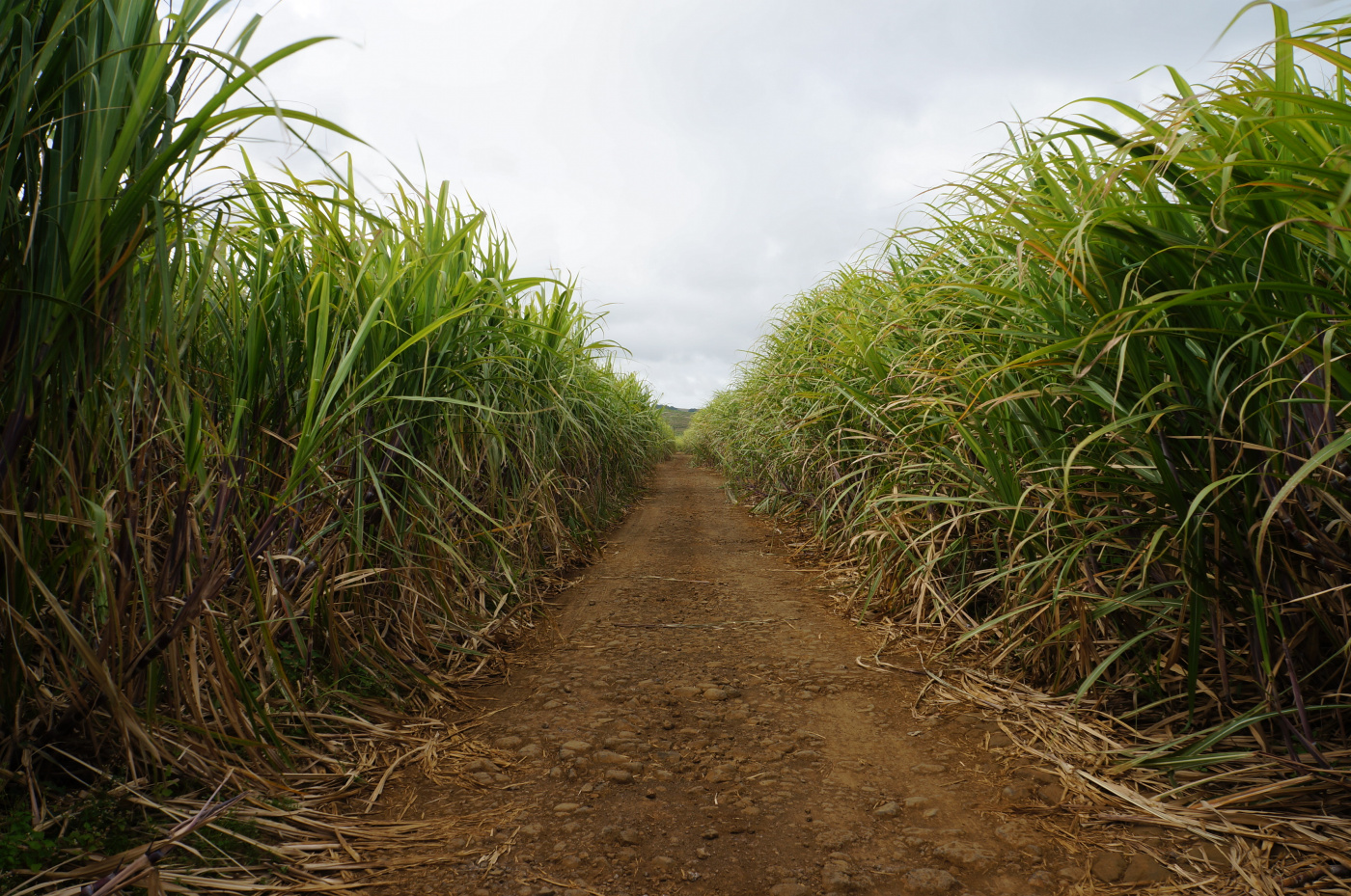 Few islands can boast of the nicknames given for their being different from other islands. Of course, the Foggy Albion (Britain) and the Island of Liberty (Cuba) immediately come to mind. But there are also islands with their own, albeit less well-known, nicknames. For example, where is the “Sugar Bowl in the Ocean”?

In 1507, Pedro Mascarenhas, the Portuguese, was the first European to discover several uninhabited islands in the southern Atlantic Ocean. In his honor, they have since been called the Mascarene Islands (also Mascarenes, or Mascarenhas Archipelago). The Portuguese at that time took part in the development of colossal areas in Africa and South America, and uninhabited islands at the edge of the world were of no interest to them. But the Dutch did not neglect a small but picturesque island surrounded by a coral reef covered with tropical forests full of birds in the wild. And those birds were amazing, such as black crested parrots or fat, clumsy, looking like well-fed turkeys (up to 15 kg!) that could not fly. These tasty, trusting and defenseless creatures could be hunted just with a stick. Therefore, they were nicknamed “dodo”, meaning “lazy” (from the Dutch “dodoor”). In fact, their official name is solitaire birds. To show the gratitude to such cute creatures, the island could have been named the Solitaire Island. But, first, all these birds were very quickly exterminated; and second, in those days, it was customary to give more respectable names to the newly discovered lands and islands. Therefore, the Dutch settlers named it the Mauritius Island after Mauricius, the stadtholder (governor) of the Netherlands. But they should have called it the “Sugar Island”.

In those days, sugar was of real value. It was an expensive delicacy sold in pharmacies among other things as a homeopathic remedy. Therefore, the settlers began to grow sugarcane where the newly acquired southern lands were suitable for doing this. The Mauritius Island became such a place from where it was much closer to transport sugar to Europe than from sugar-producing India and Persia.

Long ago, this island - a “gem” in the blue “setting” of the ocean - was covered with dense rainforests, according to Gerald Durrell. Nowadays, again according to Durrell, the authentic flora of the Mauritius Island tries to survive - with its last bit of strength. There are 20-30 trees of some original species left. Only in the mountains in the south of the Island, there is “long-faded grandeur” left, which the government tries to preserve. But that’s another story. 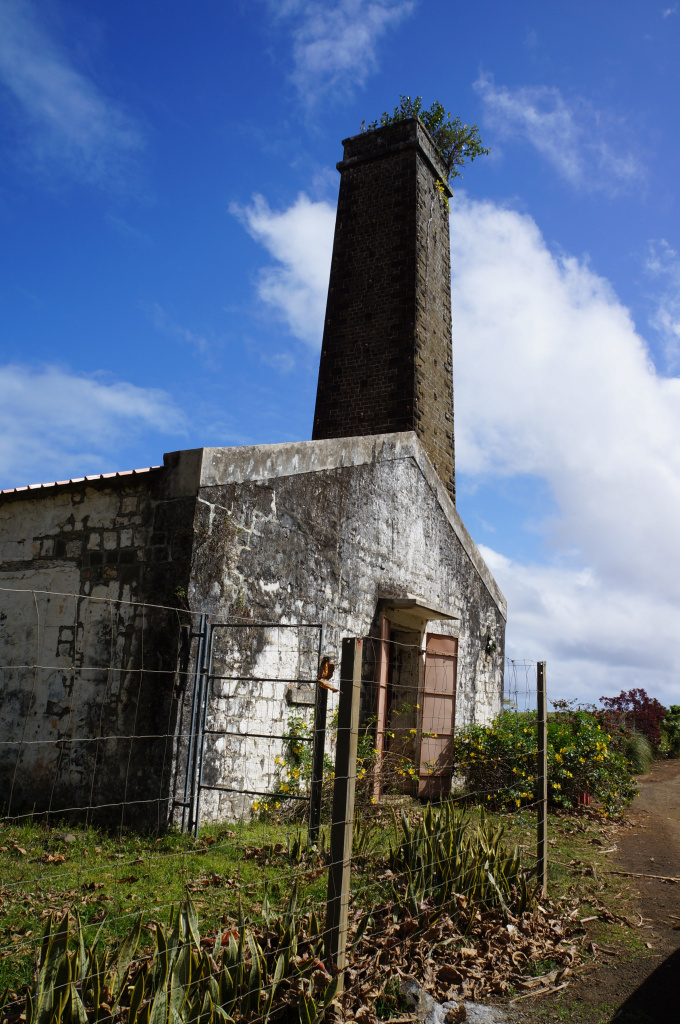 Today, the usual Mauritian scene is a few palms and sugarcane plantations stretching to the very horizon. These plantations cover almost the entire area of the Island, 90 percent of the cultivated land. To make it less regrettable for the loss of the forests, the local media call the sugarcanes “the soul of the Mauritian landscape”. Among this landscape along the road, you come across small buildings every now and then with tall brick chimneys - these are abandoned old sugar factories, the number of which reached 288, a record number in the middle of the 19th century. Today, they are used as warehouses and small workshops. And one of the sugar factories, Beau Plan, located 11 km from Port Louis, the island’s capital, was turned into the L’Aventure du Sucre (Adventures of Sugar) Museum in 1998 after 177 years of the sugar production. This is a very interesting museum with an interactive exposition attractive for adults and children. Not only tourists come here, but also the Mauritians, and the schoolchildren are brought here regularly as well. Because the history of sugar is the history of the Island, and sugar is still the core of the local economy, rivaling the Island’s tourism industry. The people of the Earth contribute to its development by consuming 40 kg of sugar per year on average, while in the 19th century, a European, for example, could afford no more than a pound of sugar per year. 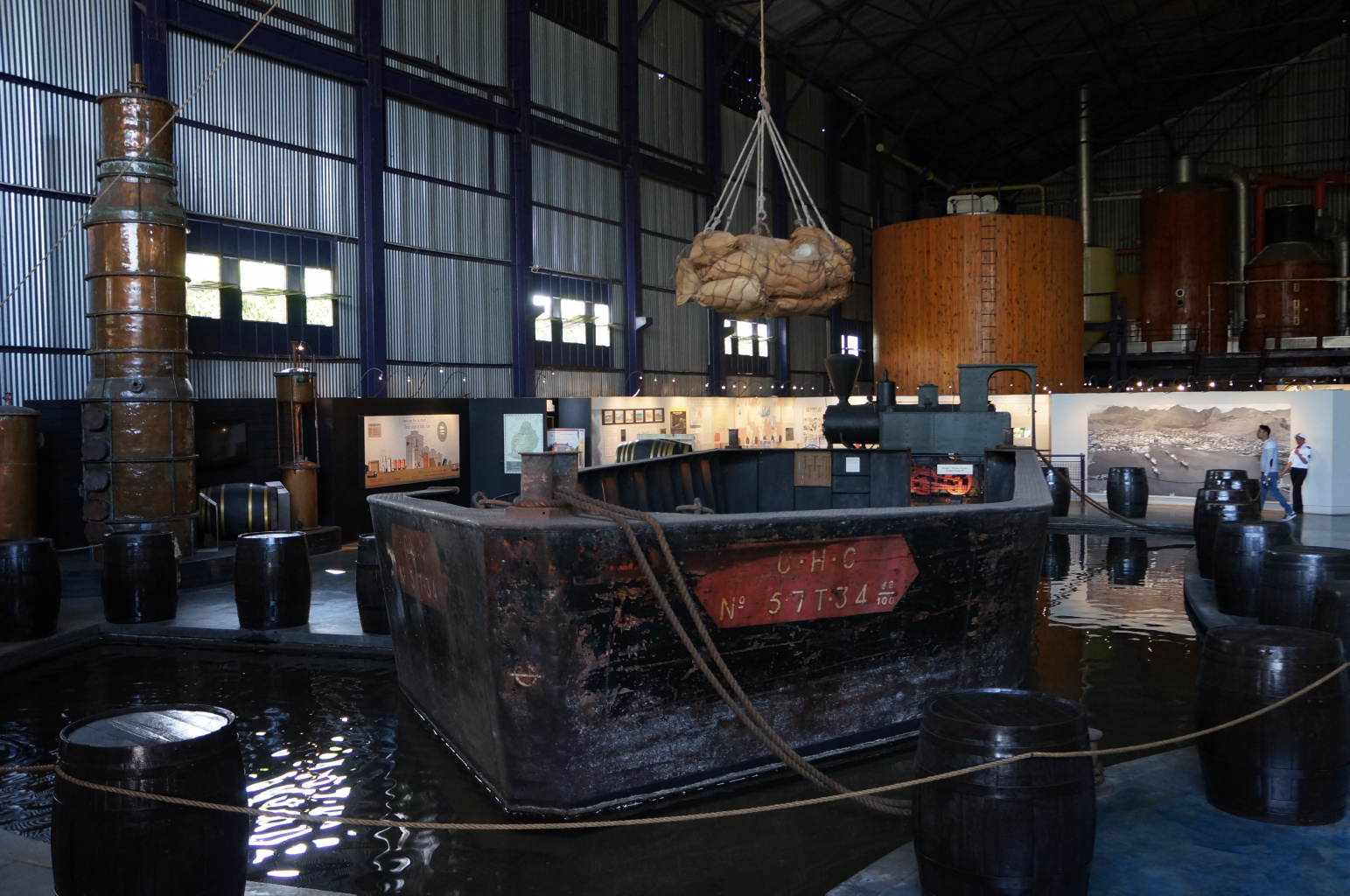 In the labyrinth of small rooms, the visitors can see the sugar production process and get to know the history of the Island, starting with the first settlers from Holland. Under the French who replaced the Dutch, the sugar production gained momentum due to the slave labour. An interactive map shows how the rainforest was decreasing under the pressure of the sugarcane fields. The French were driven out by the British, and the export of sugar had increased by 75 times over 25 years - this figure was given by Charles Darwin who visited the Mauritius Island in 1836 during his voyage around the world by the HMS Beagle. 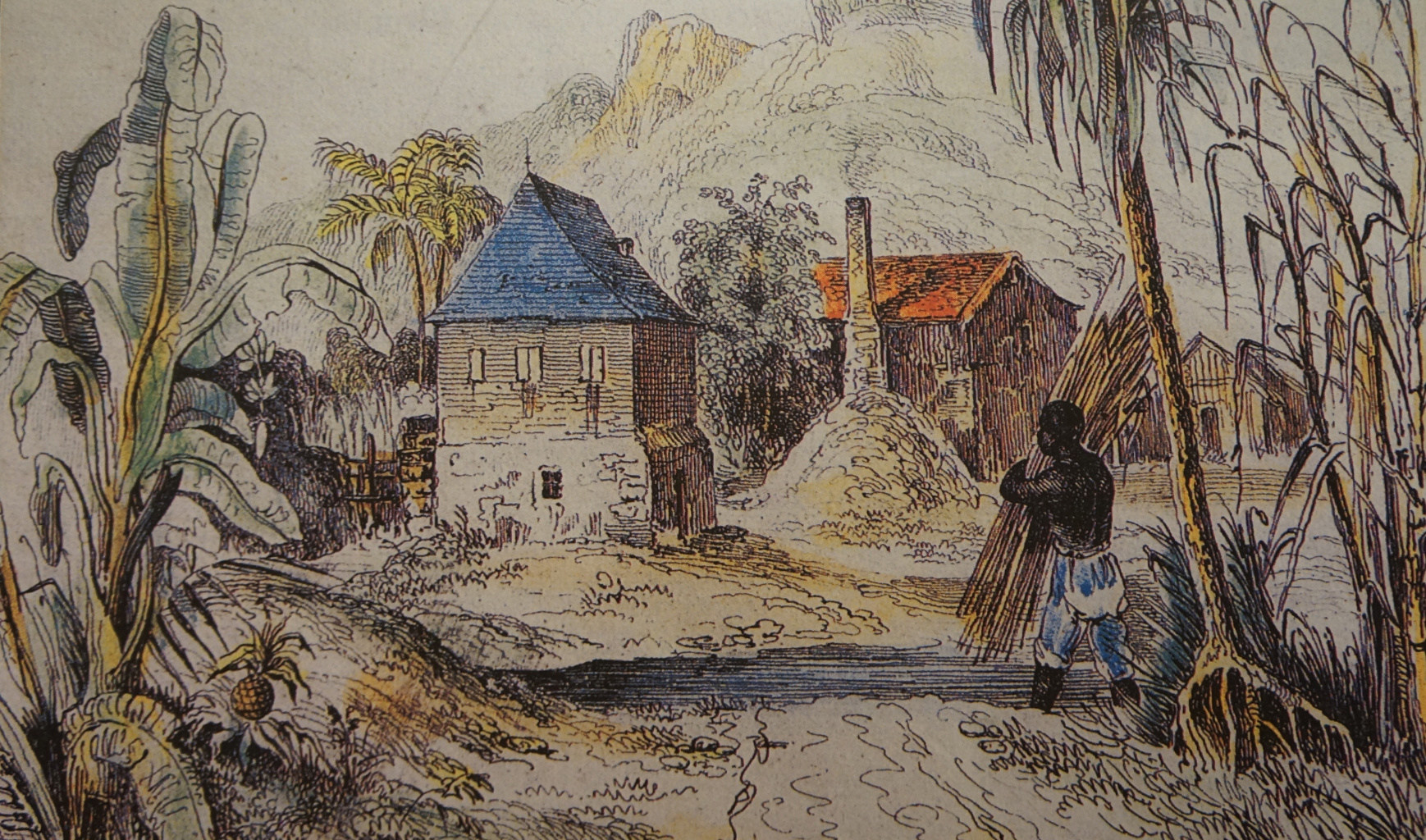 At first, the colonists tried to put in other crops in addition to sugarcanes, especially coffee trees. Unfortunately, as it turned out, the Mauritius Island located in the so-called “alley of cyclones” suffered from powerful hurricanes hitting the island every year in February-March. The following figures show how powerful they were: in 1892, 1,200 people were the hurricane’s victims and 50 thousand people became homeless. In 1960, 42 persons died and 300 thousand people lost their houses, the wind speed was 256 km per hour. People died, a lot of houses were destroyed, many trees were broken, and the flexible sugarcane stems managed to withstand the powerful attack of the elements. 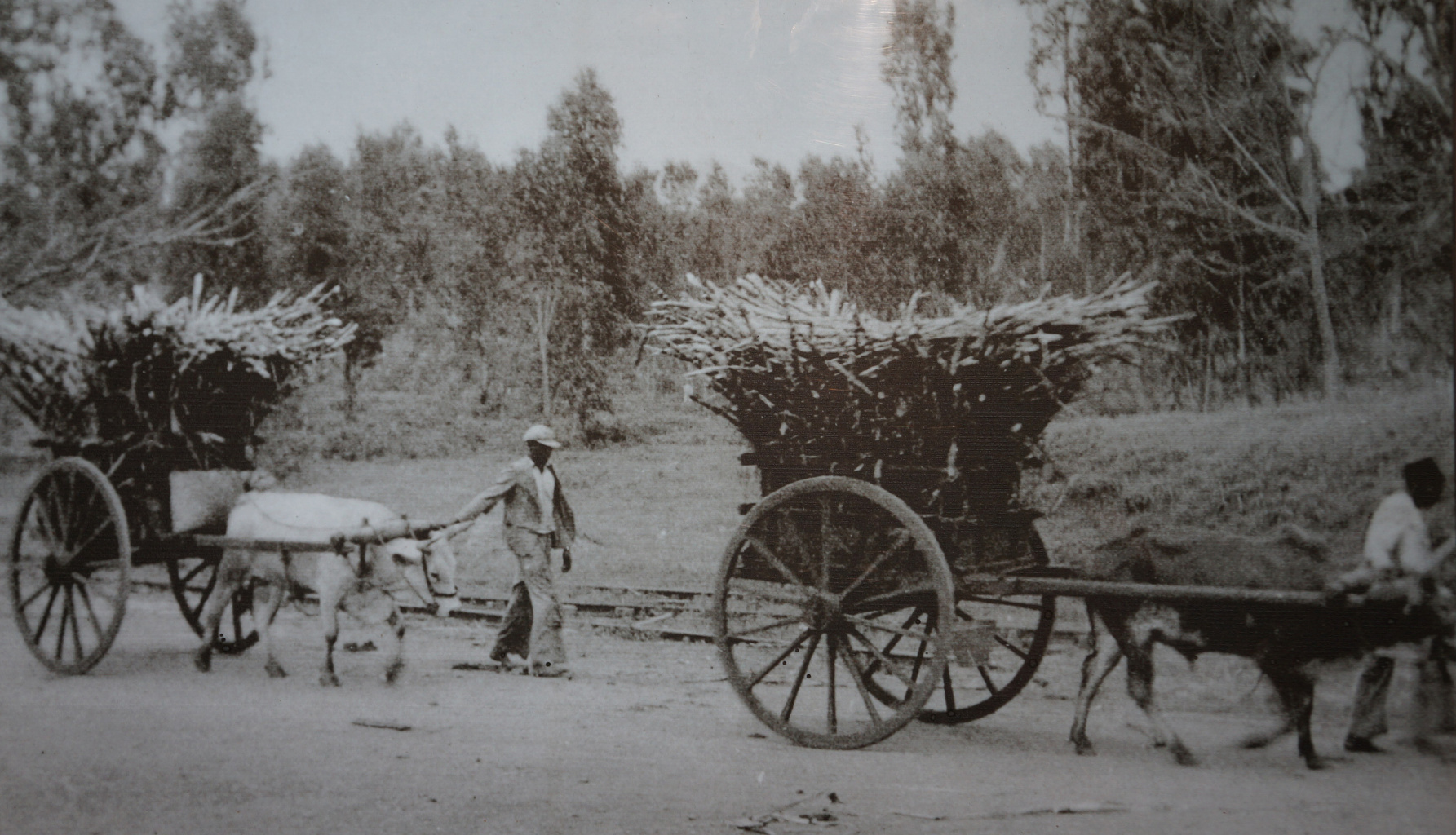 The engravings and photographs tell how the sugarcane was harvested before the era of tractors and combines. On the walls, there are rows of machetes and cane knives. There is a great variety of them, and this can be easily explained. For example, hooked sugarcane machetes were used in narrow places where it was inconvenient to cut with a traditional long, saber-like machete. And the hook allows you to throw off the cut stems or rake them together. 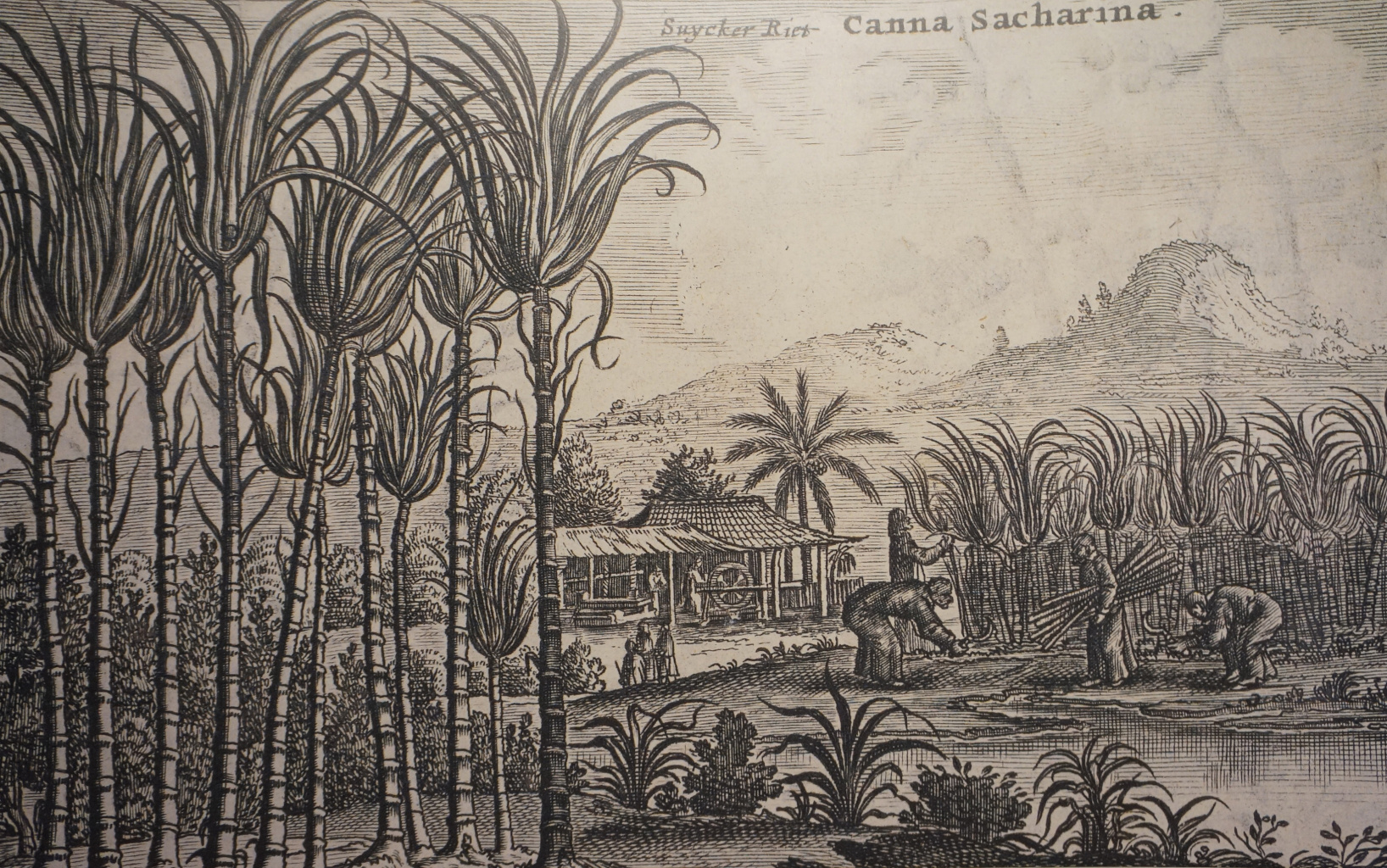 The museum was once a factory, and after the insight into the history, the visitors find themselves in a real workshop equipped with huge presses. It is not surprising, because in some years, the Mauritius Island exported up to 400 thousand tonnes of sugar. However, it turns out that there exist many varieties of sugar. It can be different both in colour and taste. The most popular is demerara, light brown sugar with its own flavour and aroma and having less calories than the traditional refined sugar. Discerning chefs prefer it for making pastry as it stays fresh longer, and gourmets even find that this sugar has ”a light delicate aroma similar to the smell of tropical flowers”. Demerara is between the lighter brown turbinado and the dark brown muscovado. The darker the sugar is, the less purified it is, less so-called “molasses” are removed and more vitamins and microelements are preserved in it. Therefore, unrefined cane sugar is considered more useful and less dangerous for those who are prone to putting on weight.

Turbinado, demeraru, and about ten other types of sugar can be tasted for free during a visit to the Museum (tasting is included in the tour price). And besides, you can taste about the same number of rum varieties, because where there is sugar, there is always rum. After all, it is made from molasses, a by-product of the sugarcane processing. This is reminded by the huge column still manufactured in the early 20th century by the French company “Barbet”, near which the information is placed telling about how this “moonshine still” works. Of course, the rum tasting is held at the very end of the tour to crown it. Rum helps the visitors to reinforce the sense of the sugar importance for the Mauritian civilization. That is why the best museum in the Island is dedicated to this product. And, having tasted it, leaving the Museum and seeing the endless thickets of sugarcanes, one can readily agree that the sugarcane is the “soul of the Mauritian landscape”. 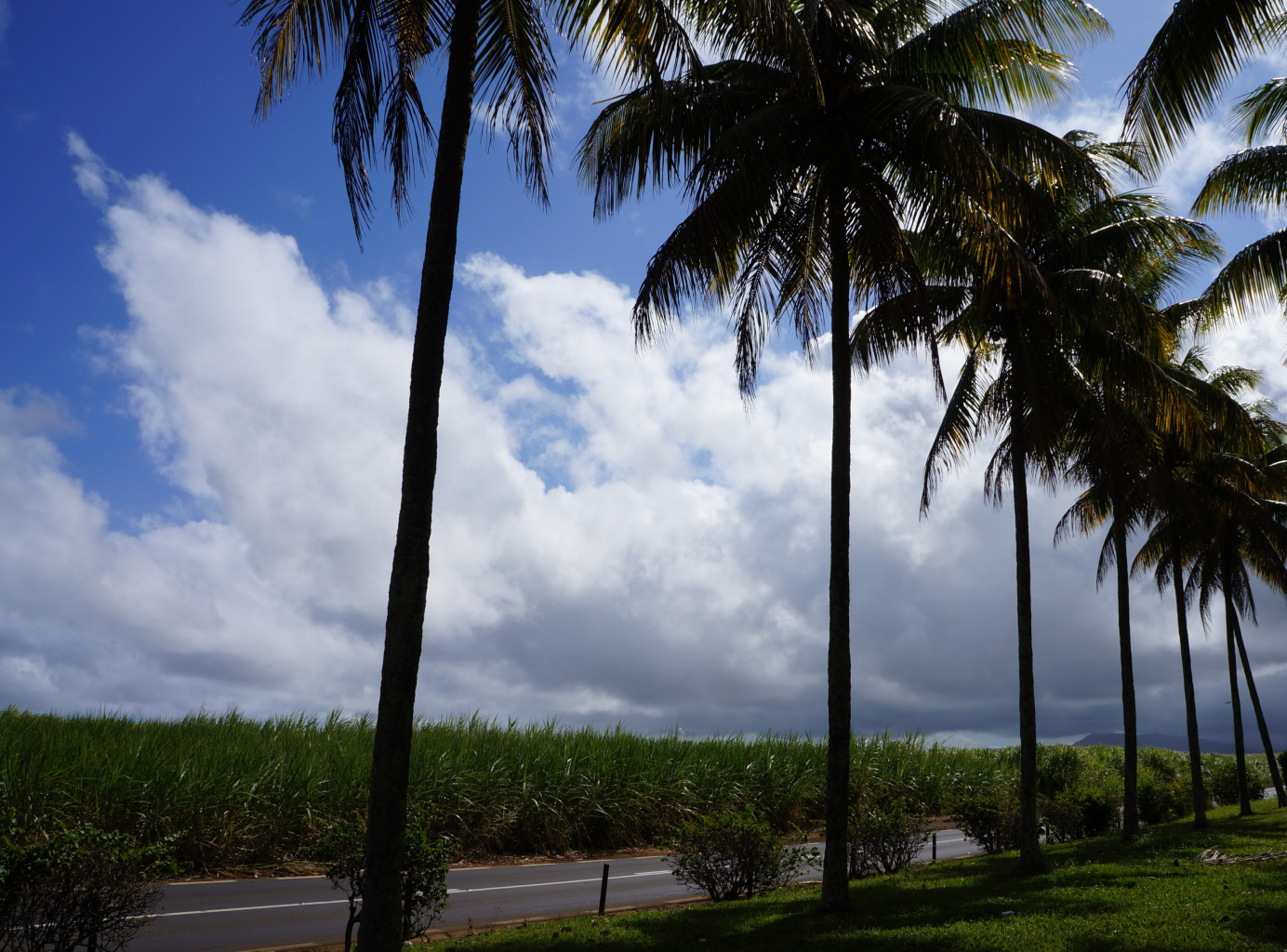