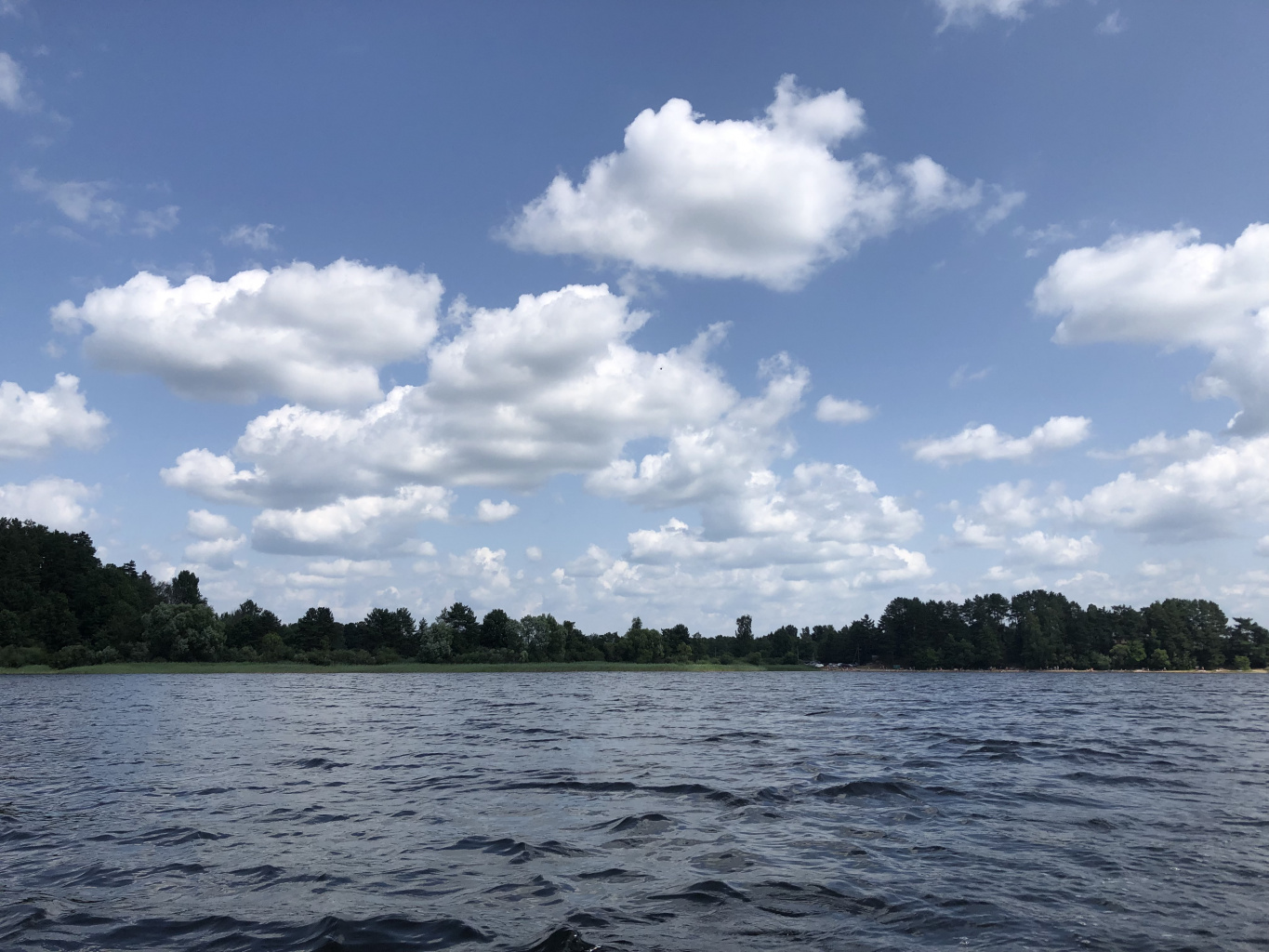 The dream should not come true on its own, it needs help. My friends and I decided to go five hundred kilometres away from Moscow - to dense forests, wildflowers, quiet lakes and wild animals. 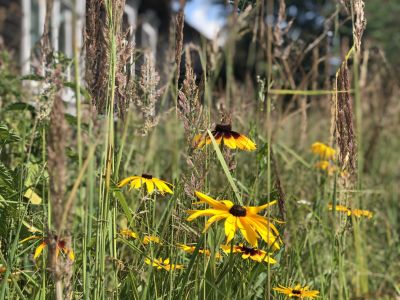 Since 1992, in the great spaces of our country, there is a reserved place - the “Smolenskoye Poozerye” National Park, but we got to know about it only this year. We visited the Park in winter, and it prompted a journey - to go to the Smolenskoye Poozerye again - in summer. For a year, we have dreamed of the purest forest lake that will calm, relax, embrace and inspire. 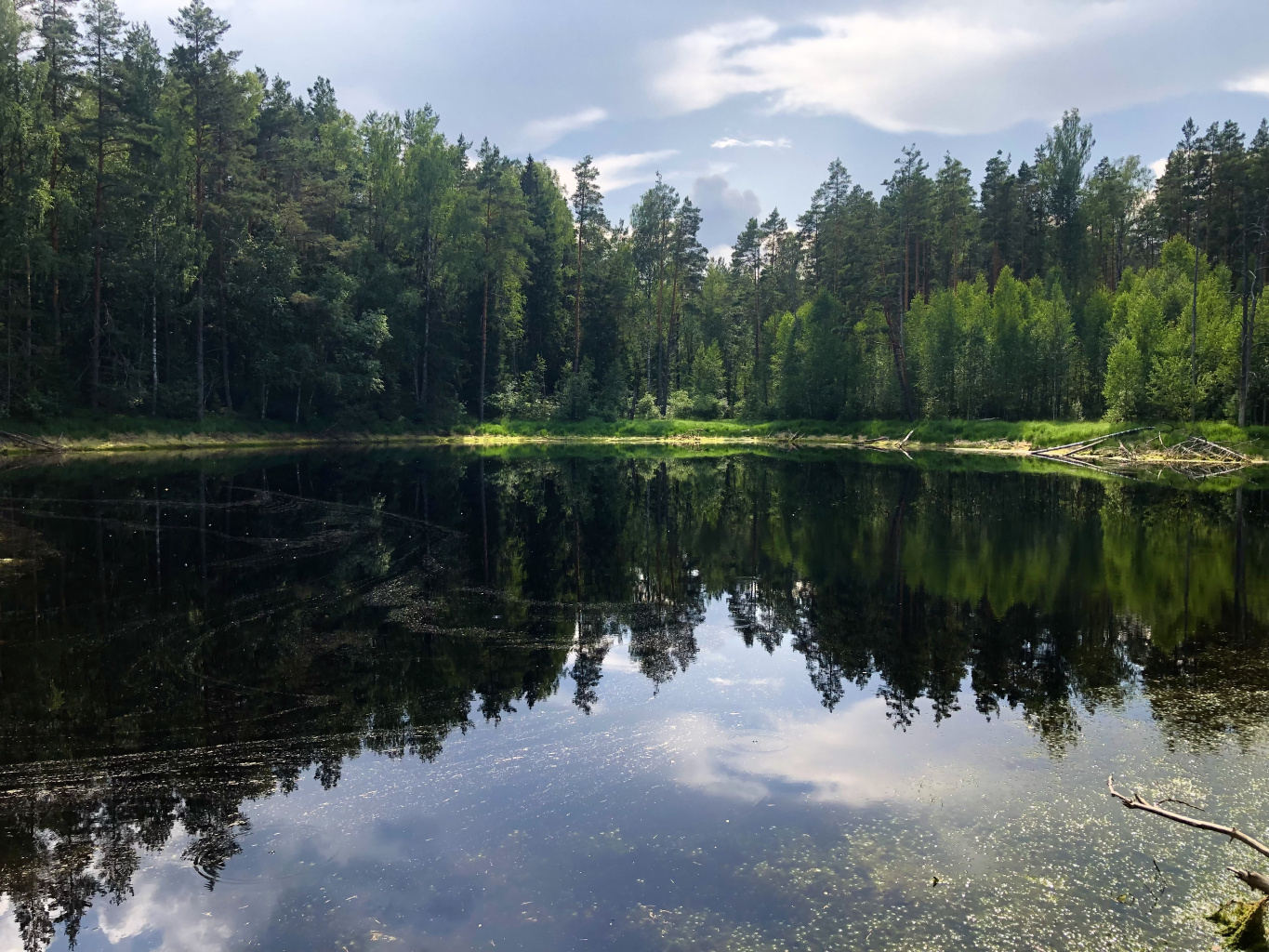 And we found it, or rather them. There are 35 lakes in the National Park, different in colour and nature, most of them are of glacial origin. The water in the lakes is clean and incredibly warm (we got very lucky with the weather). 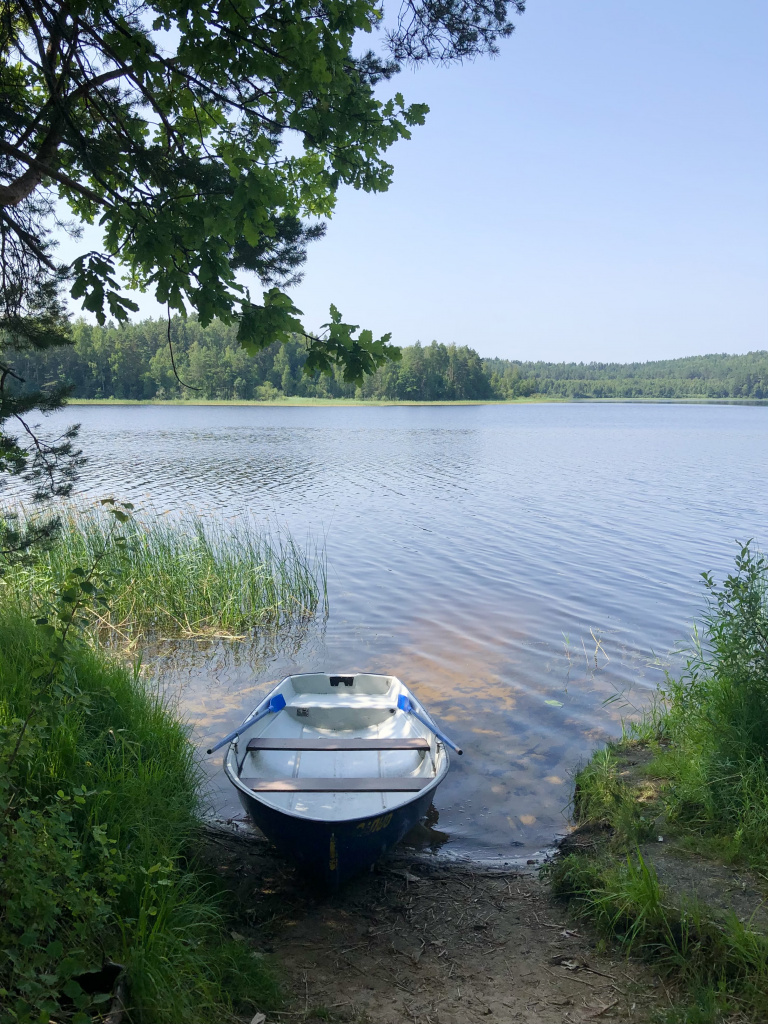 Lake Baklanovskoye is the deepest (in some places up to 33 metres deep). We do not know if it changes its colour, but now, in July, the colour was mesmerizing - light green and turquoise. There is a camp site right by the Lake where the tourists can stay. On the shore, there are benches, a gazebo, and a pier. There were no crowds of vacationers, so everyone was at a safe social distance, which would be the envy of the Moscow authorities.

Lake Sapsho, the largest in the National Park, is a landmark of Smolenskoye Poozerye. It is considered one of the most beautiful lakes in central Russia, and its transparency reaches three metres.

Sapsho is a natural monument as the traces of a Neolithic site (the 4th - 3rd millennium B.C.) were found not far from it, there are also archaeological sites like the burial mounds of ancient tribes.

A chain of six picturesque islands stretches across the Lake - Chernetsky (Monk), Raspashnoy (Border), Bagryany (Crimson), Dlinny (Long), Dubovy (Oak) and the most romantic Island of Lyubvy (Love). If you get bored on the public beach and want some privacy, you can rent a rowboat to get to any of the islands. On one of the shores of the Lake, there is a viewing deck, where you can enjoy a stunning view at any time of the year.

The famous researcher Nikolai Przewalski born in the Smolensk Region wrote in 1881, “Lake Sapsho, in its mountainous shores, is like a miniature Baikal...”

The Russian traveller lived and worked for many years in the village of Sloboda, which today is the village of Przewalskoye. The Smolenskoye Poozerye Park’s office is located here. As you know, one of the many Przewalski’s merits is the discovery of a new species of horse in 1878, which completely disappeared in the wild in less than a century. The scientific community is now trying to restore the number of the Przewalski’s horses by creating the reintroduction centres. In 2014, an open-air enclosure complex appeared in the Przewalskoye village where several horses of this species brought from the Khotynetsky Natural Park live. 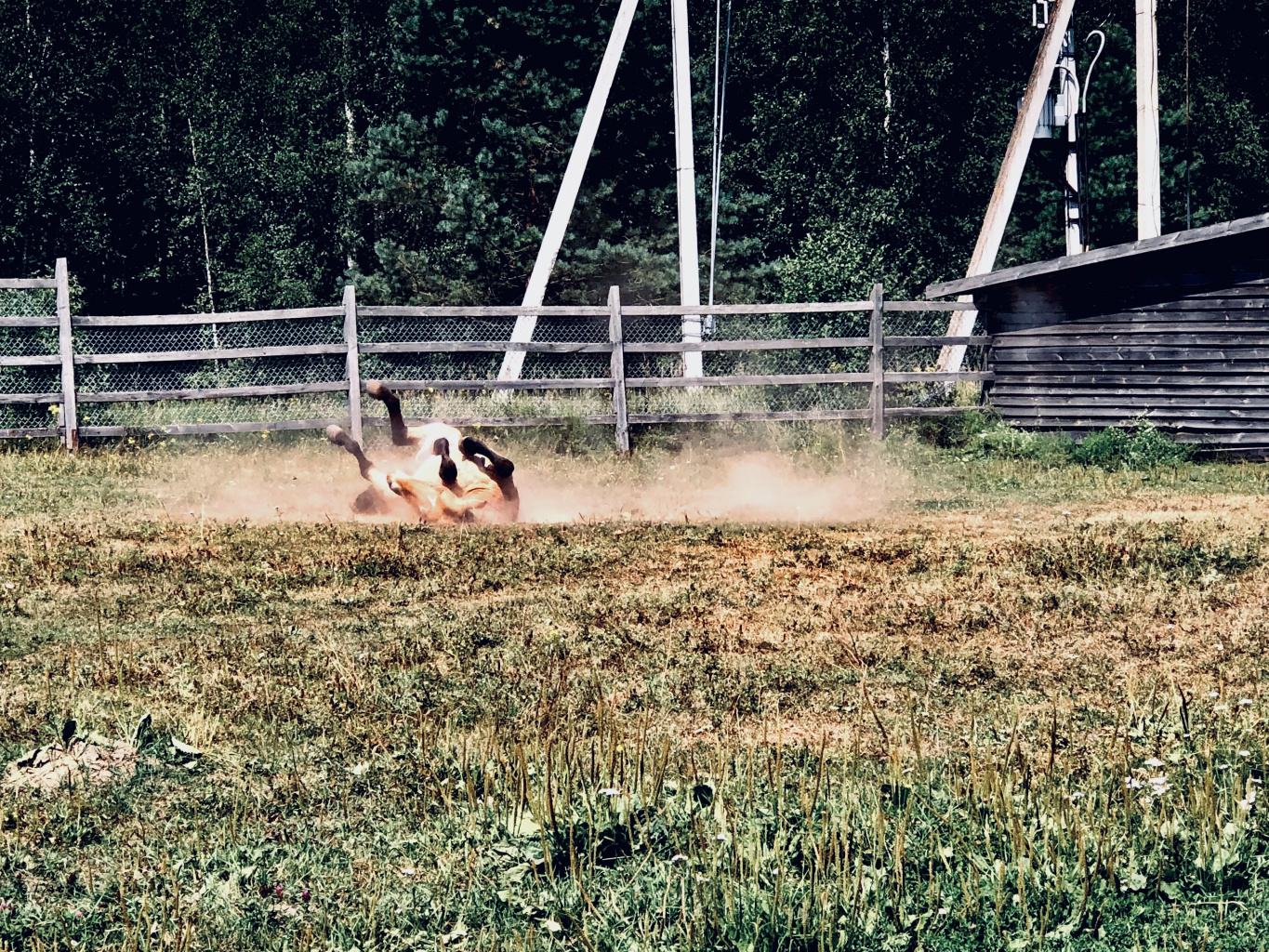 We, of course, did not miss the opportunity to watch them. One of the horses first wanted to kiss us and moved its lips, then it laid down on its back and began to dabble in the sand with its hooves upwards, apparently, to get rid of the blood-sucking insects. When leaving, it waved its tail and disappeared into its “bungalow”. 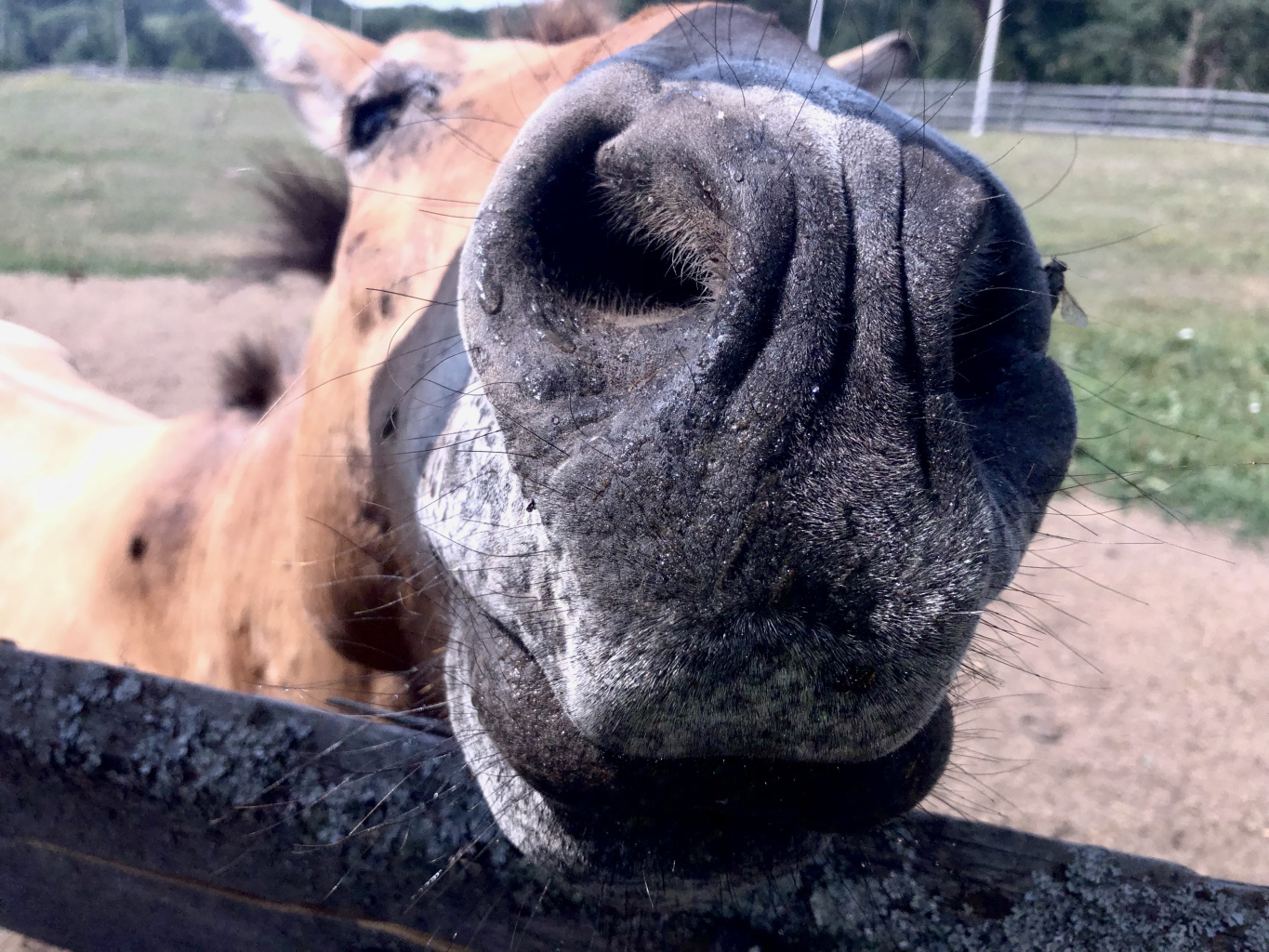 “… on unknown trails, there are traces of never-before-seen animals …”

For nature lovers, special ecological paths have been laid in the National Park. These hiking trails are designed to acquaint the Park visitors with the ecosystems’ peculiarities, a variety of landscapes, the flora and fauna of this specially protected natural area. You can walk along the trails alone or with an experienced guide.

For example, the eco-trail “To the Dead Lake” laid through a mixed forest runs along the edge of the swamp and ends at the Lake. In winter, we saw fresh moose tracks here. 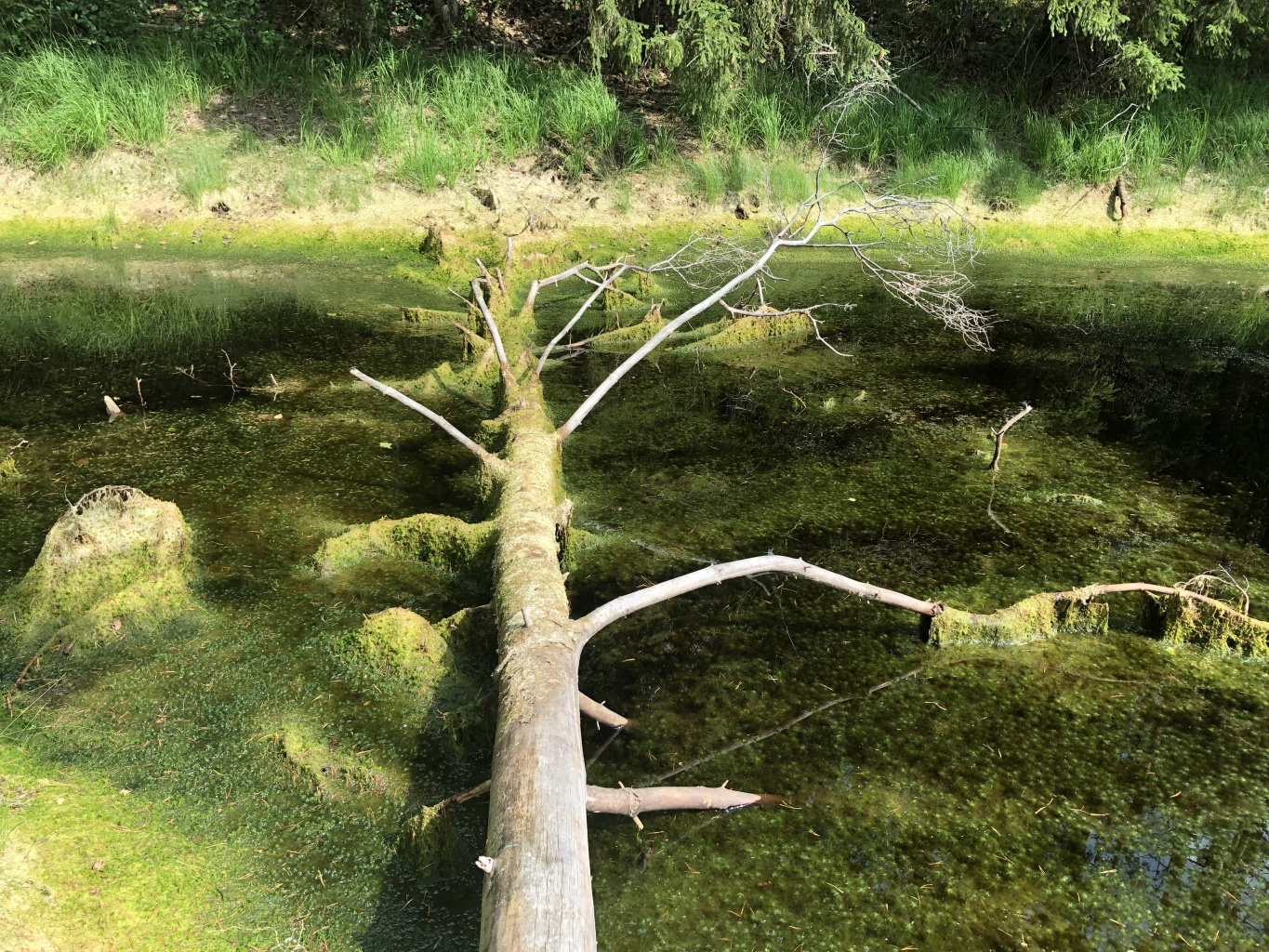 There is also a path where you can learn many interesting things about the habits of a brown bear, get acquainted with its habitat, diet, and, as they promise at the National Park, look at the world “with the eyes of this wild animal”. By the way, the locals say that occasionally, the bears come into their gardens, and to confirm their words, the people show photos with tracks of huge clawed paws on the ground. And one person complained that once, a bear stole a chicken from his yard.

An interesting trail runs along the shores of Lake Rytoye, then around Lake Gniloye, which the beavers like and they built a cascade of dams and huts here.

We, mainly urban people, literally fell into great delight in the Smolensk Lake District - here you can clearly hear the “breath” of nature, you stiffen with delight seeing the pristine nature. Foxes and hares are jumping along the roads, owls hooting in the forest, Red Book ospreys hovering high in the sky, fish swimming in the lakes, lizards and frogs running away from under our feet, butterflies and dragonflies fluttering everywhere. And of course, there are a lot of horseflies, which you just need to accept and “like” them. And be sure to take a repellent to your journey. However, if you relax and stop being afraid of them, they will lose interest in you after a couple of bites.

And if you fail to relax, then know that you can be punished. In front of our eyes, a giant murder hornet can catch a huge horsefly and bite off its head. Actually, you’d better not come across the hornet, and if it bites you, it‘s better to take an antihistamine medicine.

Much has been done in Smolenskoye Poozerye for adventure travellers and outdoor enthusiasts. Here, you can rent a boat or a bicycle, go canoeing, use the now popular sup-boards, enjoy steam in a Russian bath, go fishing, visit the Przewalski’s memorial house, and private museums of birch bark and woodcarving.

In the village of Boroviki, there is an Arboretum Park with a collection of trees and shrubs, a Pharmaceutical Garden and a Phytocentre, where you can relax having a cup of herbal tea.

There are also holy springs with equipped fonts in the Park. In the Przewalskoye village, you can visit the Church of the Ascension.

All kinds of excursions are held in the National Park. The guides tell you, for example, about the ancient city of Verzhavsk, which was on the famous trade route “From the Varangians to the Greeks” and at the height of the town, it was second only to Smolensk. They acquaint you with the history of settling these places by ancient people after the retreat of the Valdai glacier, show the burial mounds of distant ancestors who lived on the northern shore of Lake Sapsho.

Visitors can stay in the hotels, guest houses, camp sites or in special camping areas. 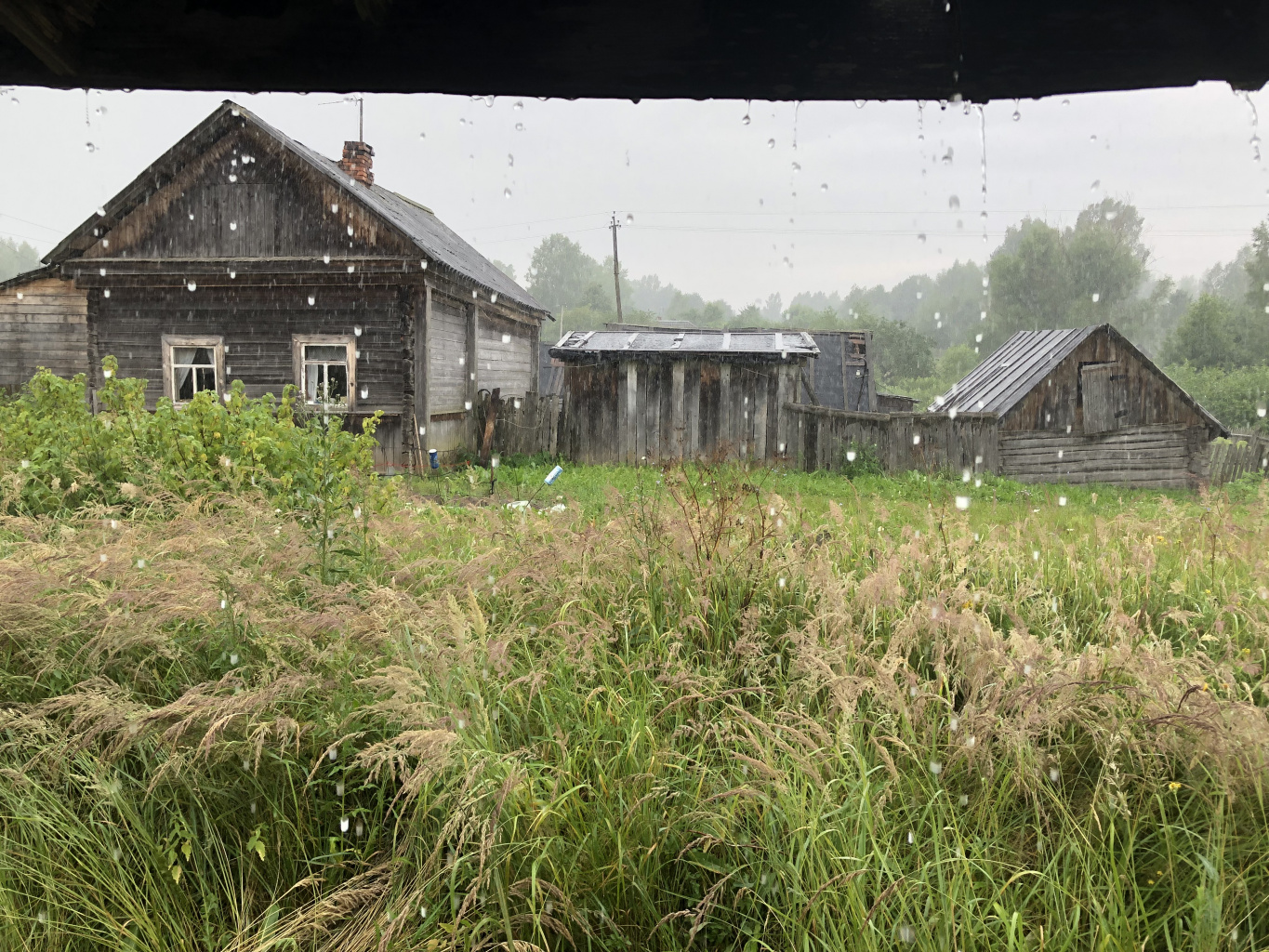 To visit the National Park, you need to purchase a ticket. All the information on the organizational issues, accommodation and the rules of stay is available in open sources, for example, on the National Park’s website.

In 2014, the National Park entered the project “The Study and Recovery of the European Bison in Central Russia”. As stated in the information on the Smolenskoye Poozerye’s website, one of the tasks is to create a Russian-Belarusian group of bison. This is explained by the fact that a few hundred years ago, bison were common in most of Europe, but thoughtless hunting for them led to almost complete extermination of these animals.

In 2017, the first 11 bison living in the enclosure were released into the wild. The animals were constantly monitored with the video cameras in the forest installed at the feeding area and in other places where bison are kept. The bison routes were tracked using a special transmitter attached to the collar of one of the female bison.

Today, the Smolensk bison herd has several dozen animals that arrived in the Poozerye Park from different places like the Yaroslavl Zoo, the Orlovskoye Polesye National Park, Belarus (the “Lakes of the Grodno District”), the Prioksko-Terrasny Reserve.

But do not expect to see bison in the enclosure complex now; at the moment, there are no animals there as they have been released into the wild to create a free-living population.

According to the information on the National Park’s website, in winter, excursions to the feeding grounds are held where you can watch the bison in the wild. 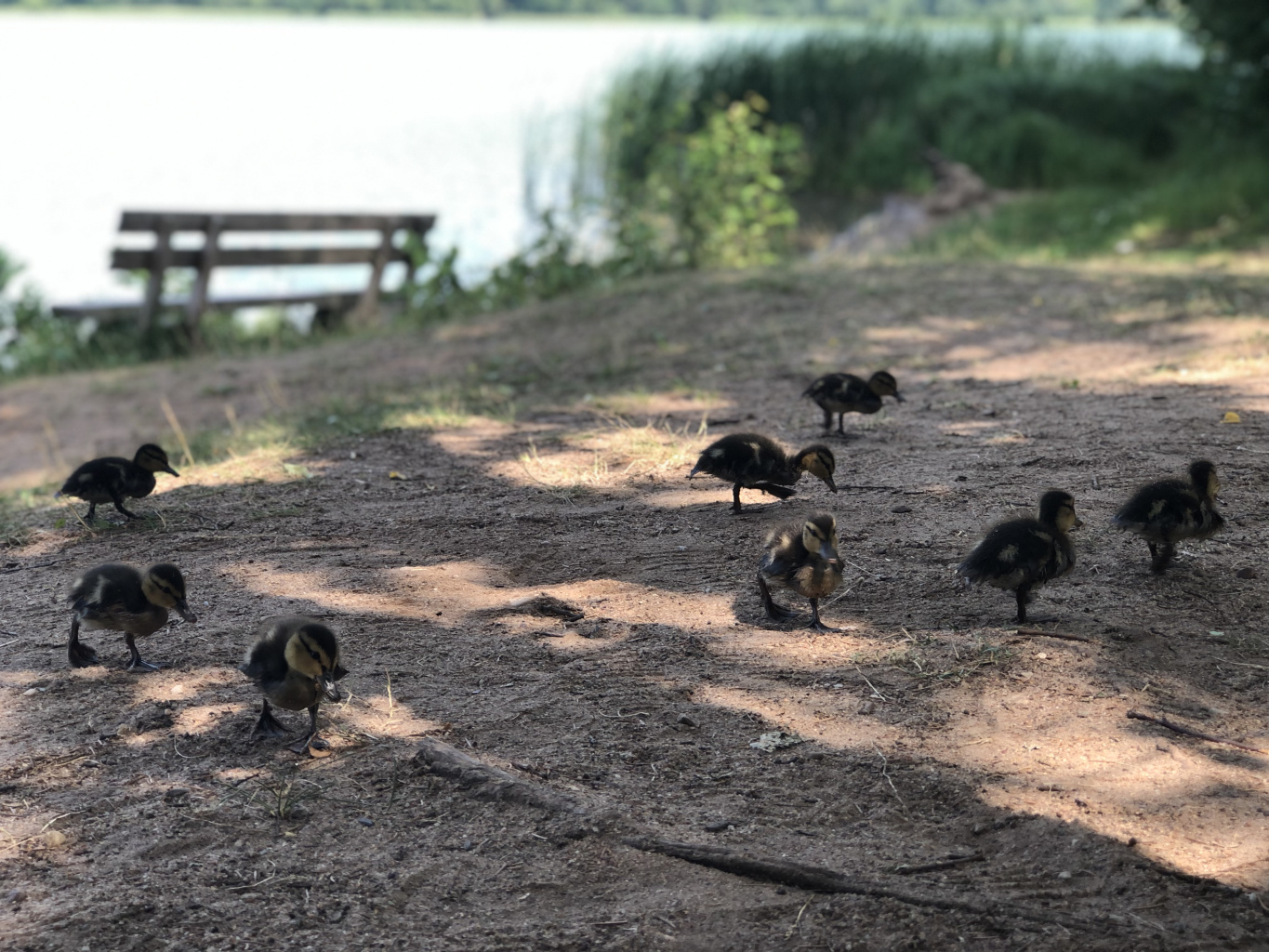 The “Smolenskoye Poozerye National Park is a UNESCO programme’s biosphere reserve. The Park was created for the protection of broad-leaved dark coniferous forests located in the subzone of the southern taiga. The surface pattern with ridges and vast depressions where the Park’s numerous lakes are now located was formed by a glacier. The area of the Smolenskoye Poozerye Park is of great cultural and historical importance in addition to nature conservation. This land was inhabited by people in the Neolithic era,” explained the expert.

According to Bogomolov, there are archaeological sites of the Bronze and Iron Ages in the Park’s area, and the local lakes are part of the trade route “From the Varangians to the Greeks.”

“The battles of the “Time of Troubles ”were fought here, and during the Great Patriotic War (World War 2), a powerful guerrilla movement was formed in the Poozerye area led by Nikifor Zakharovich Kolyada (nicknamed «Batya» (Father)),” he said.

The flora of the Park, as the biologist notes, has 880 species of vascular plants, 10 of which are listed in the Red Book of Russia. And if to talk about woody plants, there are broad-leaved species and dark coniferous trees such as spruce in the Park.

“The local fauna includes over two hundred species of birds, a dozen of species of amphibians, five species of reptiles, and 57 species of mammals. The Poozerye Park is a key ornithological area of international importance, as well as an area of great importance for water birds,” Bogomolov says.

The biologist says what this place means to him personally:

“I visit the Poozerye Park several times a year, at least, two times a year. In the Park, I carried out the observations of the birds of prey as part of my thesis. I am fascinated by the nature of the Park and very much amazed that truly dense, primeval forest is still preserved on the western border of the country, and the place is rich in incredible historical facts. Indeed, the entire history of Russia, starting from the chronicle times, was directly connected with these forests, lakes and swamps ...”

Among the reviews posted in media, we saw not only admiring responses about the “Smolenskoye Poozerye” National Park, but also some criticism. We were surprised by the comments, the authors of which were outraged by the “mountains of rubbish” they saw. We travelled across half the Poozerye’s area and did not see anything of the kind there. The area is clean and well kept. But it’s hard to tell about the second half we did not visit. There are also comments about the state of neglect. If the talk is about the rickety houses where nobody has lived for a long time, then it is true, you can see them in the villages. But, unfortunately, this phenomenon is characteristic of some other places, too. 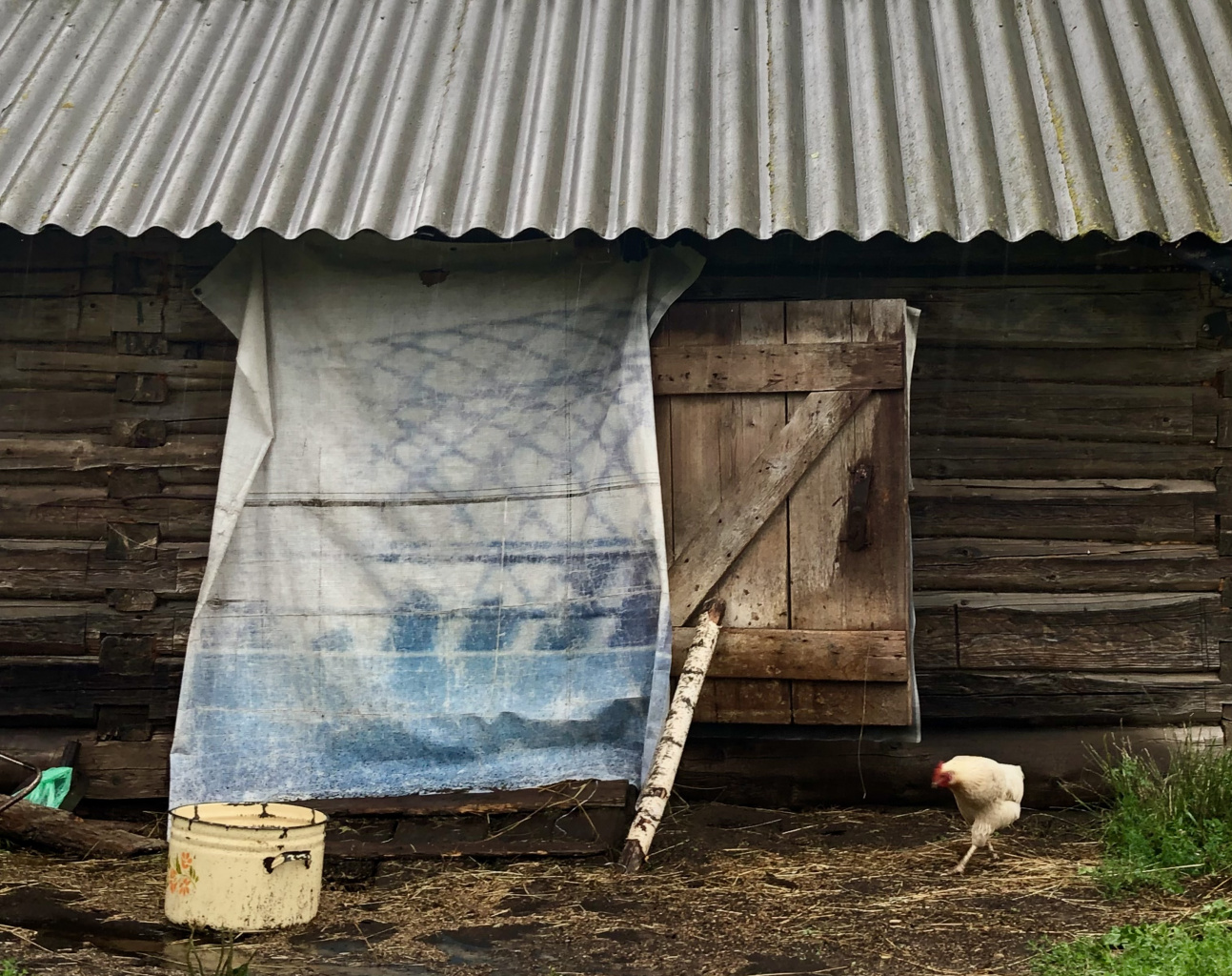 There is a wonderful expression: beauty is in the eye of the gazer. We have the brightest impressions of the Smolensk Lake District. Here, the pristine nature meets you and disarms you with its naturalness. The heart fills with joy here. The arrogance of the cities vanishes in the rays of the sun, it is washed away by the rain, and you become a water lily in the lake, a seagull in the sky, a caterpillar in the grass. And only a phone booth still standing in an open field reminds that your mobile phone - lost touch with reality - is in your backpack. 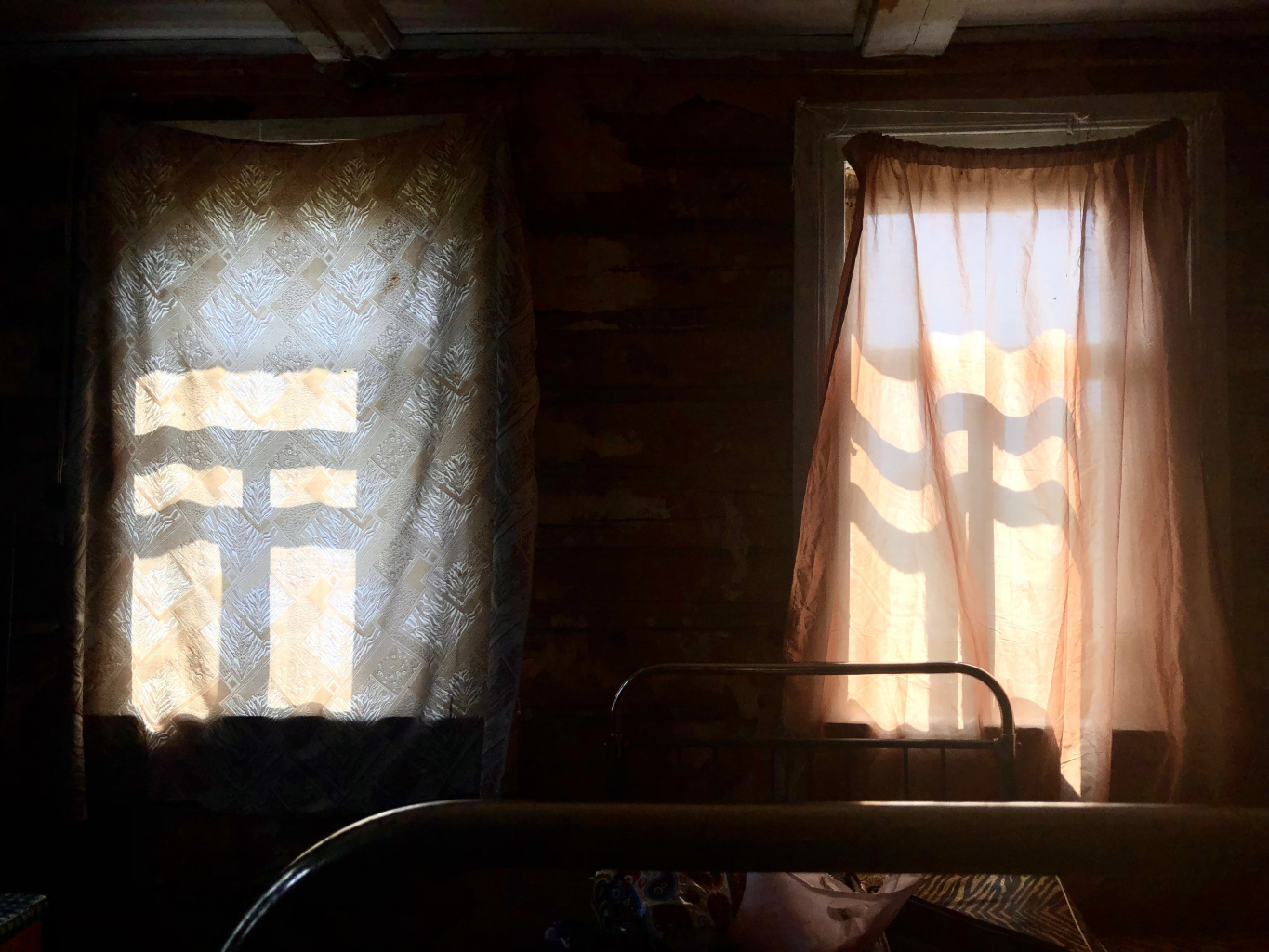