Indian white-backed vulture (Gyps bengalensis), the most efficient feathered orderly in South Asia, is facing total extinction. Despite the government’s ban on the use of diclofenac in livestock, which killed hundreds of thousands of birds that had eaten carcasses, the numbers of these magnificent, though not very nice birds, continued to decline rapidly.

In the Indian mythology, Jatayu, the king of the vultures and the demigod, sacrificed himself, trying to save Seeta from being abducted by Ravana. Today in India, you can hardly see these large birds of prey hovering high in the sky, looking for their prey on the ground. The vulture as a species is on the verge of extinction, although there is a chance that it can be saved.

According to a recent study conducted jointly by the Bombay Natural History Society (BNHS) and the BirdLife International between 2007 and 2017, the number of these unsurpassed carrion eaters, so valuable in hot tropical countries, as well as their closest relatives, long-billed vultures (Gyps indicus) and slender-billed vultures (Gyps tenuirostris), decreased by 74%.

Until the mid-1990s, the population of the Indian white-backed vultures was tens of millions of individuals. According to some estimates, this vulture was the largest bird of prey in the world. Over several years, beginning in the mid-1990s, the number of vultures and griffons in South Asia drastically declined (by more than 99%), and as a result, by the beginning of the 2000s, these species were on the verge of extinction.

The cause of the real environmental disaster was the spread of an anti-inflammatory drug, diclofenac, used in the animal husbandry in India and other countries in the region. Diclofenac entered the body of birds with the dead bodies of cattle and the vultures died due to renal failure.

The situation analysis showed that to start a mass depopulation of vultures, it is sufficient that diclofenac would be in only one carcass out of 760. In many areas, where previously dozens of vultures of one or another species could be observed around each dead animal, these birds disappeared completely. Now, they are no longer in Mumbai or in the capital of India, although just two decades earlier, they could be seen on the lawns in the very centre of the first-tier cities.

Biologists expected that after diclofenac was expelled from the veterinary use in 2006, the number of vultures would rise, but the situation was only getting worse. The fact is that diclofenac is still available, it is widely sold in pharmacies under the names voltaren, diclac, ortophenum and others, and nothing prevents the villagers from buying this medicine supposedly for themselves and then giving it to their livestock. Dr. Vibhu Prakash, deputy director and principal scientist at the Bombay Natural History Society (BNHS), the research leader, said that despite the awareness programmes that inform about the toxic effects of the medicine on birds, the locals continues to use it. It turned out that another non-steroidal anti-inflammatory medicine is also detrimental to birds - Ketoprophenum, which, like diclofenac, is used in animal husbandry in India and Nepal and is not yet banned. 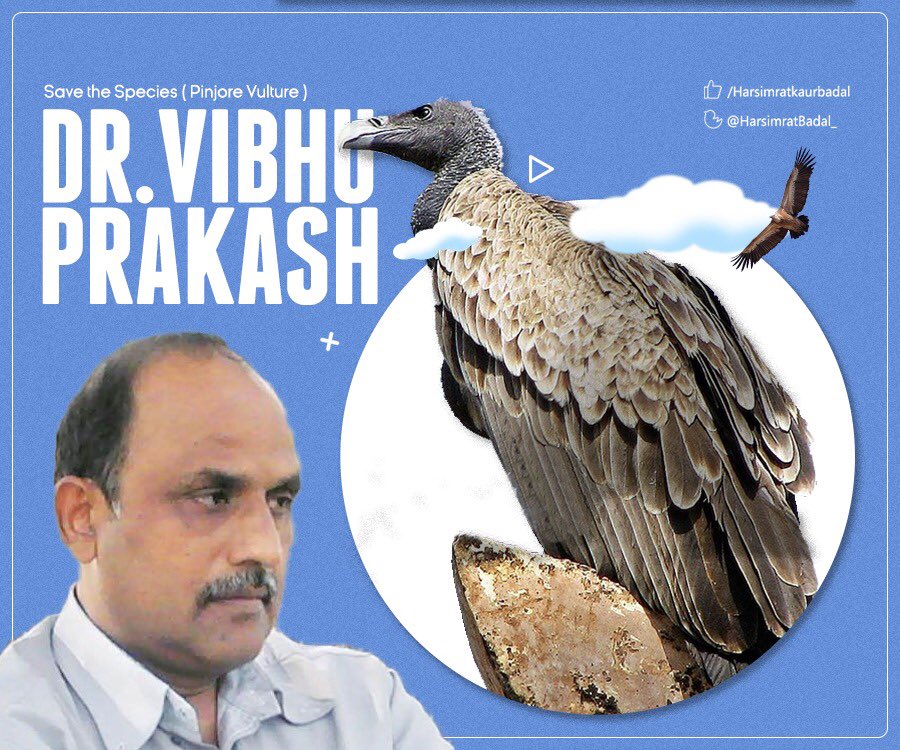 It was Dr. Vibhu Prakash who first drew attention to the sharp decline in India’s vulture numbers. While working on his thesis at Keoladeo National Park in Rajasthan, Prakash kept track of the number of vulture nests.

The impact of diclofenac on vultures was deleterious. According to Prakash, the mathematical models developed by the University of Cambridge have shown that the medicine fatal to birds present in under 1% of carcasses will be enough to endanger the entire vulture population. Until 2015, diclofenac was present in 10% of carcasses. In 2015, the Indian government banned multi-dose vials and limited the size of an ampoule for human use to 3 ml only, but the medicine is still used by farmers illegally. “Yet, even today, about 2% of the carcases are estimated to carry diclofenac,”

Prakash said. He added that in addition, there was still a threat of appearing new medicines for the veterinary use on the market. So far, only meloxicam has been identified as safe for vultures.

The scientists are attempting to restore the bird population in captivity, so, in 2004 the first Conservation Breeding Centre (JCBC) for endangered vultures was established in Pinjore. According to experts, in order to restore the stability of the birds population, it is necessary to grow 600 pairs of each species and release them into the wild. Two years ago, the first eight couples were released. In the near future - if monitoring shows that these birds have not died - the programme will be continued, this time another 40 birds will fly out of the scientists’ hands. 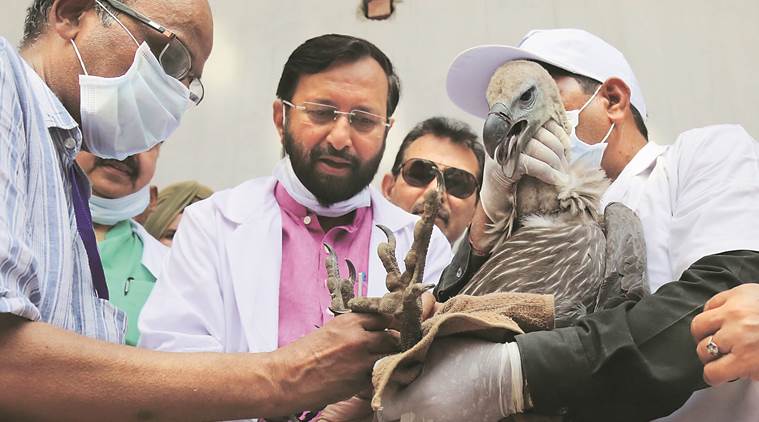 In addition to captive breeding, the BNHS and other organizations have taken a number of additional measures to save the vultures – the work is underway to create eight safe areas - free of diclofenac - throughout India for vultures, within a radius of 100 km each.

“According to our census, we had estimated 40 million vultures in the 1990s, which declined by 99.9% in 2007. By 2015, the vulture population more or less stabilised. The rate of decline in their numbers has come down. But their population is still very small, just a few thousand,” said Prakash.

In his opinion, only self-awareness and the instinct for self-preservation of local communities can help, which, having finally felt what the disproportion in the environment threatens them with, they began to take care of the vultures. So, in 2004, the first ‘restaurant’ for the lovers of rotten meat appeared in the Himachal Pradesh’ Kangra district in northern India.

The ‘Vulture’ Restaurant, as it is called with a humorous undertone in the tourist travel maps, quickly gained the popularity among the local community and travelers who prefer the untouched wildlife to urbanistic views. The food court protected by the wildlife division of the Himachal Pradesh Forestry Department covers an area of more than a hectare. The locals can bring dead animals there as the food for vultures at any time from 10:00 a.m. to 04:00 p.m., and actively replenish food supplies for the winged sanitation and cleaning assistants.

As a result, from 2004 to 2019, the number of vulture nests here have increased from 26 to 387. Fifteen years ago, only 23 young vultures were ready to leave the nests to enter the new free life, and now 352 vultures left the nest and flew away. 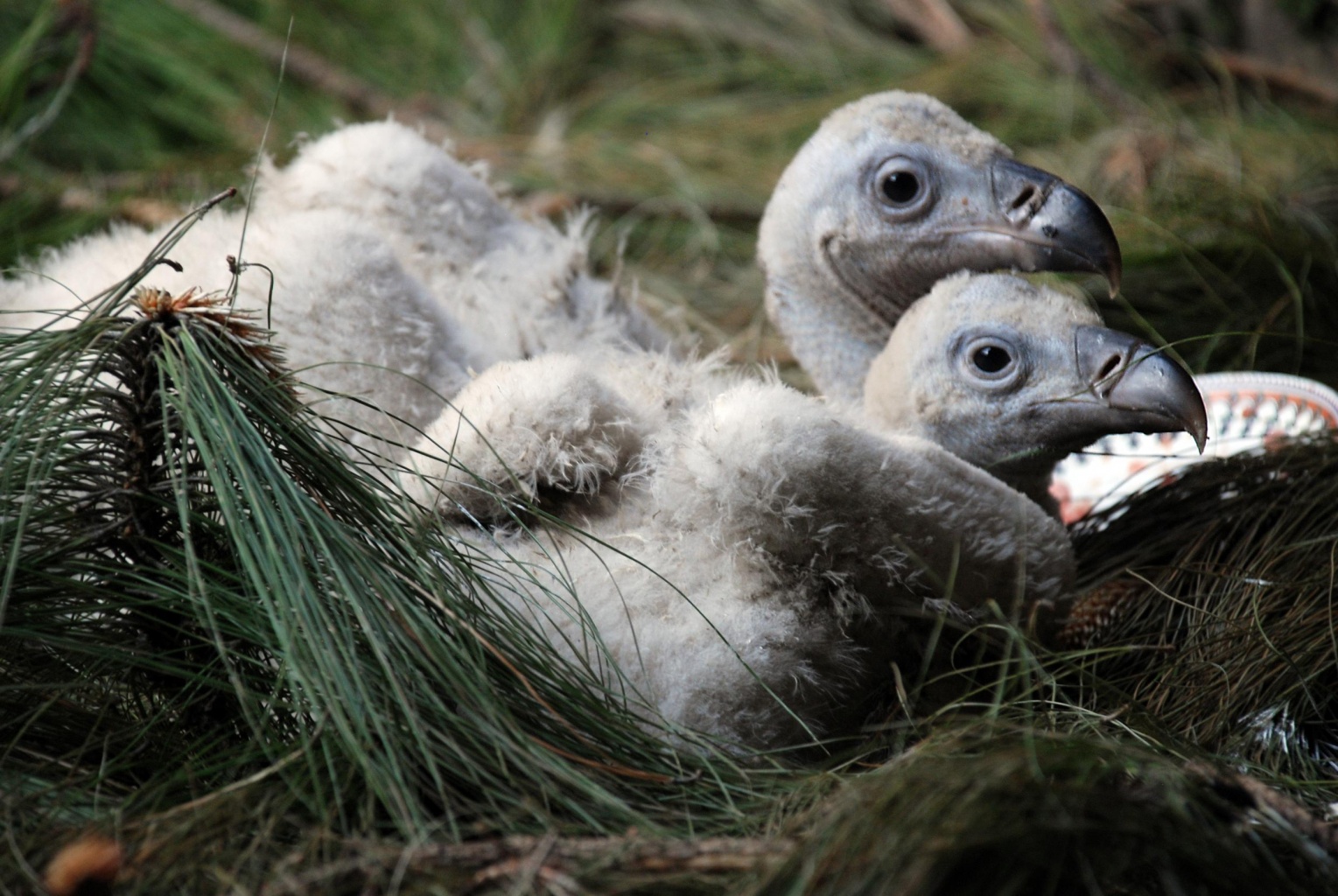 The initiative has taken root - to date, the Maharashtra State Forestry Department has set up such ‘restaurants’ to provide vultures with sufficient safe food in three districts of the state - Gadchiroli, Nashik and Raigada. And, despite all the difficulties, the ornithologists hope that the vultures will again hover in the sky over India. May be, not in the numbers as they were previously, but still, they will not disappear, and again occupy their niche in the environment. “With the technology and the protocol for their conservation fully established, we are pretty confident that the Gyps vultures will not become extinct,” said Deepak Apte, director of the BNHS. “I am hopeful that the vultures will survive,” Prakash said. “However, their numbers can never go back to what they were in the 1980s… due to the slow breeding process as the birds lay only one egg at a time.” And therefore, every nestling is important to us.