Paying a visit to Jules Verne 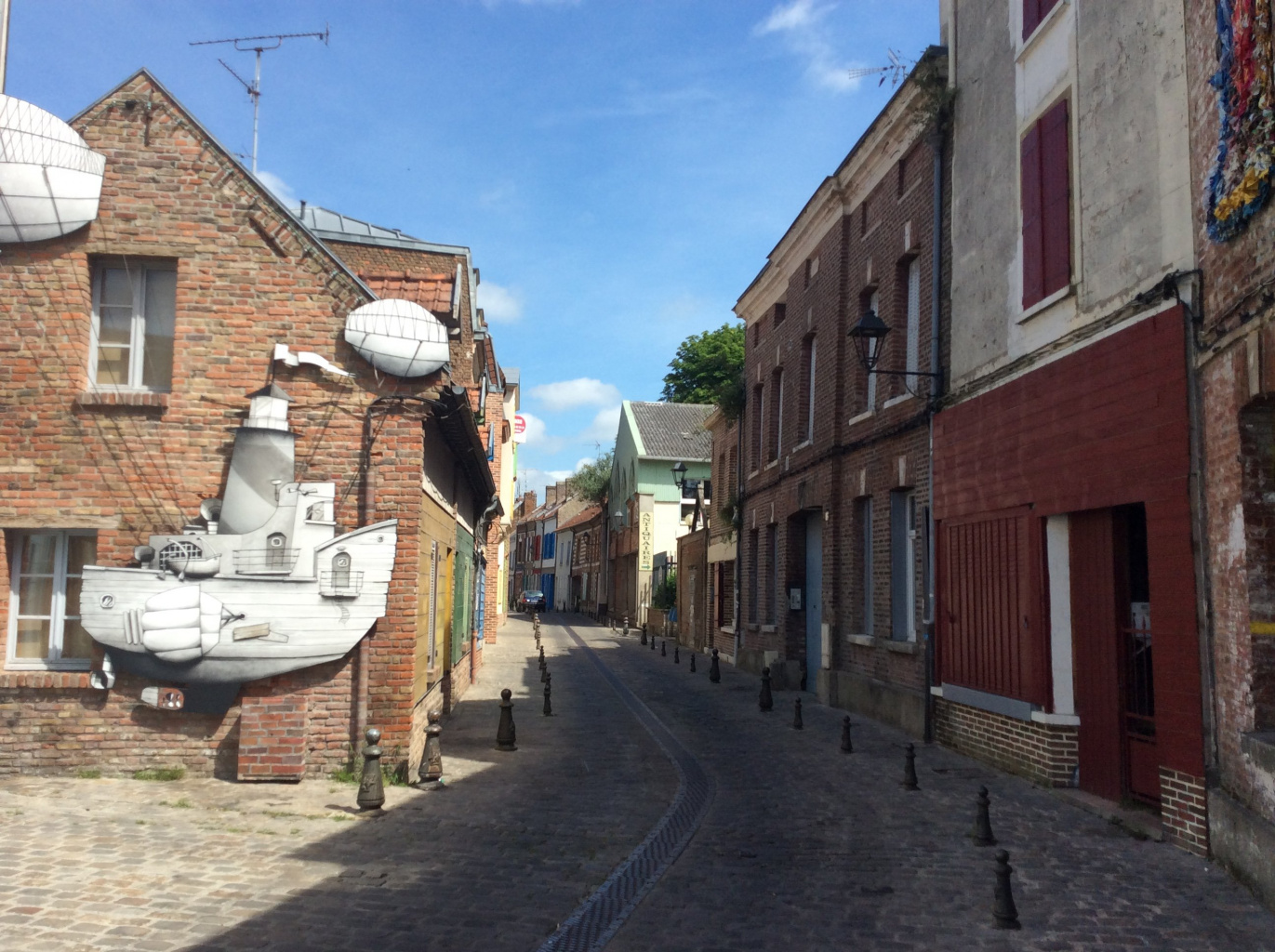 In recent days, the World Cup and, of course, France and Argentina have been on everyone's minds. While travelling in France - the country of the recent cup winners who entered into a battle with the football gods in white and blue stripes - we asked our French friends whether it is worth spending a day to go to Amiens, they nodded in approval at once. And although there was not a single football player in the French national team from Amiens, they advised to see three main city’s attractions, including the Cathedral Basilica of Our Lady of Amiens (Basilique Cathédrale Notre-Dame d’Amiens), or simply Amiens Cathedral, the city’s numerous canals, and the “floating gardens” (Les Hortillonnages d’Amiens). In addition, this is the birthplace of the first lady of France - Brigitte Macron. To tell the truth, the “floating gardens” intrigued me most of all, but let’s go through them one by one.

The miracle of Amiens

The Amiens Cathedral, a UNESCO World Heritage Site, the largest Gothic temple in France built in the 13th century, looks similar to the more famous the Notre Dame Cathedral. But it is twice as much! One of the most important Christian relics, the head of John the Baptist, is kept at the Amiens Cathedral. Pilgrims from all over the world come to touch it. 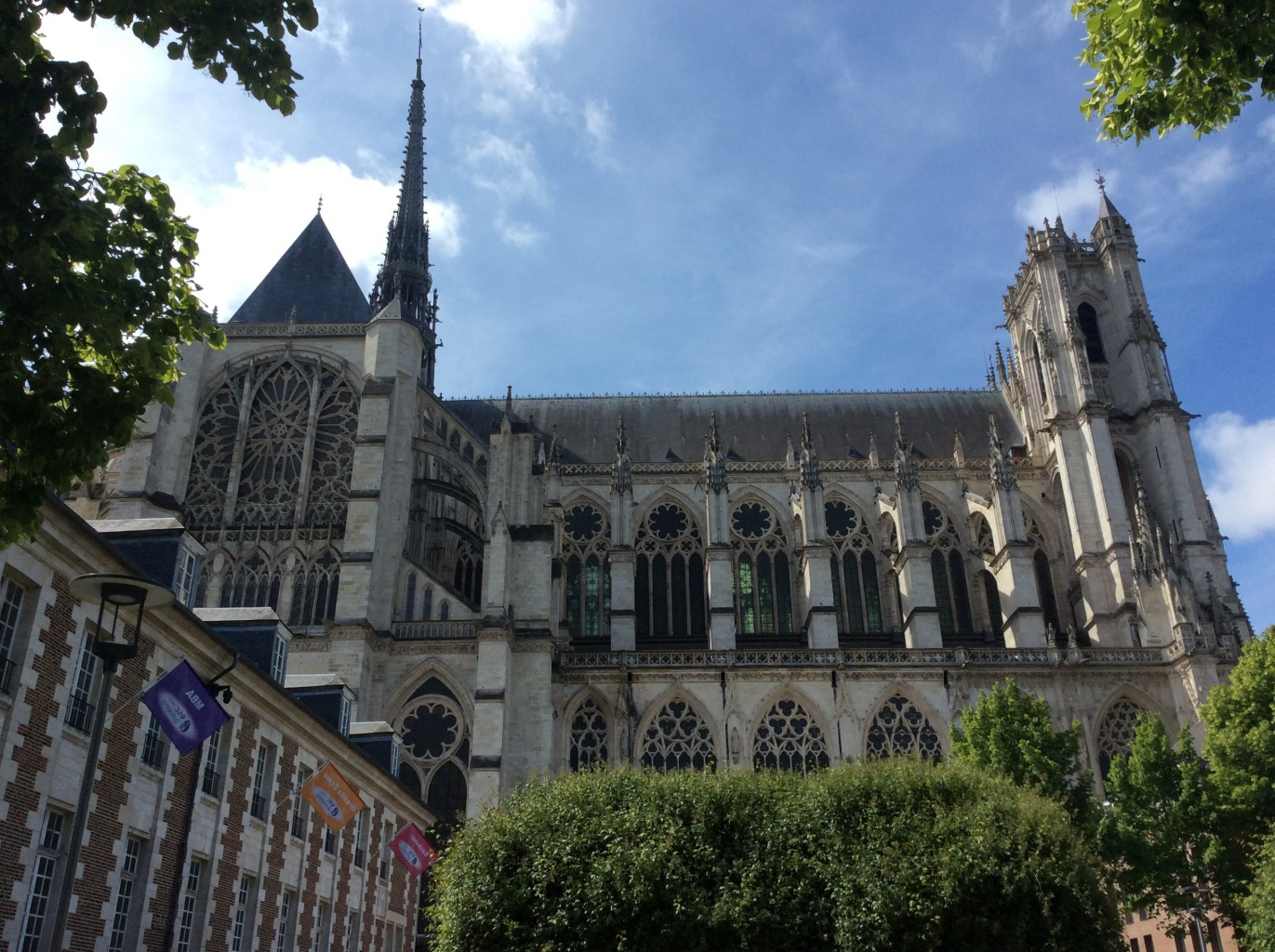 A feature that distinguishes the Amiens Cathedral from most Gothic temples is the significant asymmetry of the northern and southern towers, which is explained by the too long construction time, during which it became necessary to balance the slightly rickety front of the building. Another important thing is that the pattern of the octagonal black and white labyrinth on the floor is perfectly preserved in Amiens, and it symbolizes the victory over death and often found in ancient temples like minor fragments. 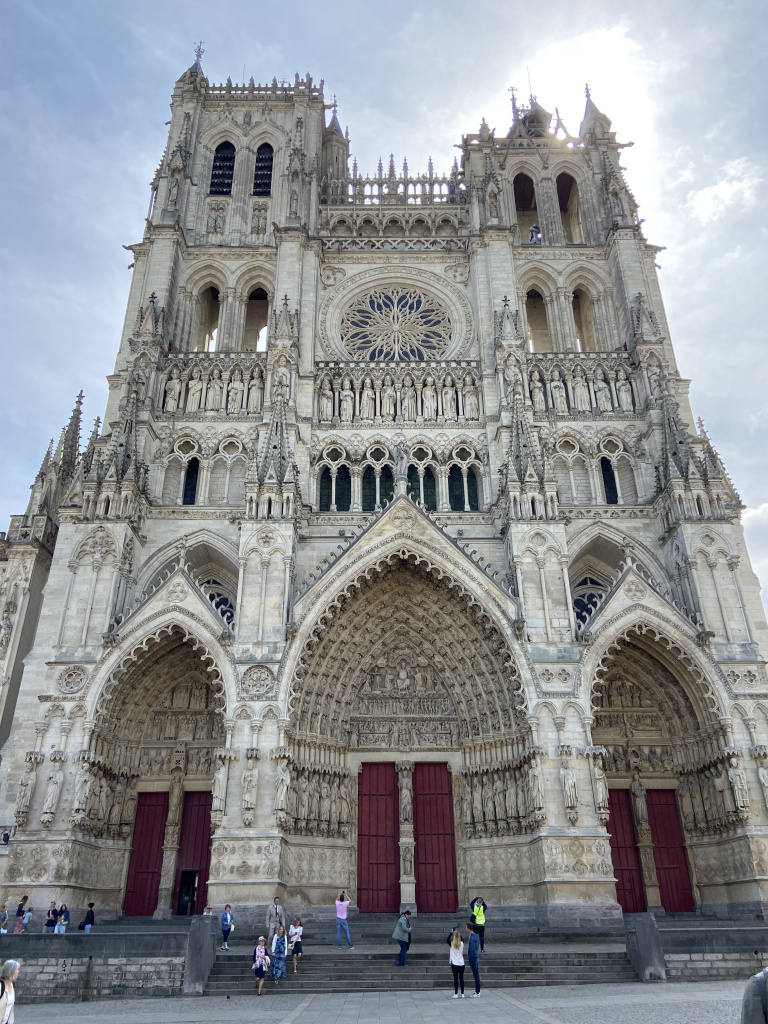 It could be said that the interior decoration and luxurious stained-glass windows of the Cathedral make a strong contrast to its austere external appearance. But, as it turned out during the laser cleaning of the walls, the outside of the temple was painted in bright colours in the Middle Ages. Today, the multi-coloured illumination of the Amiens Cathedral on holidays reminds of this. 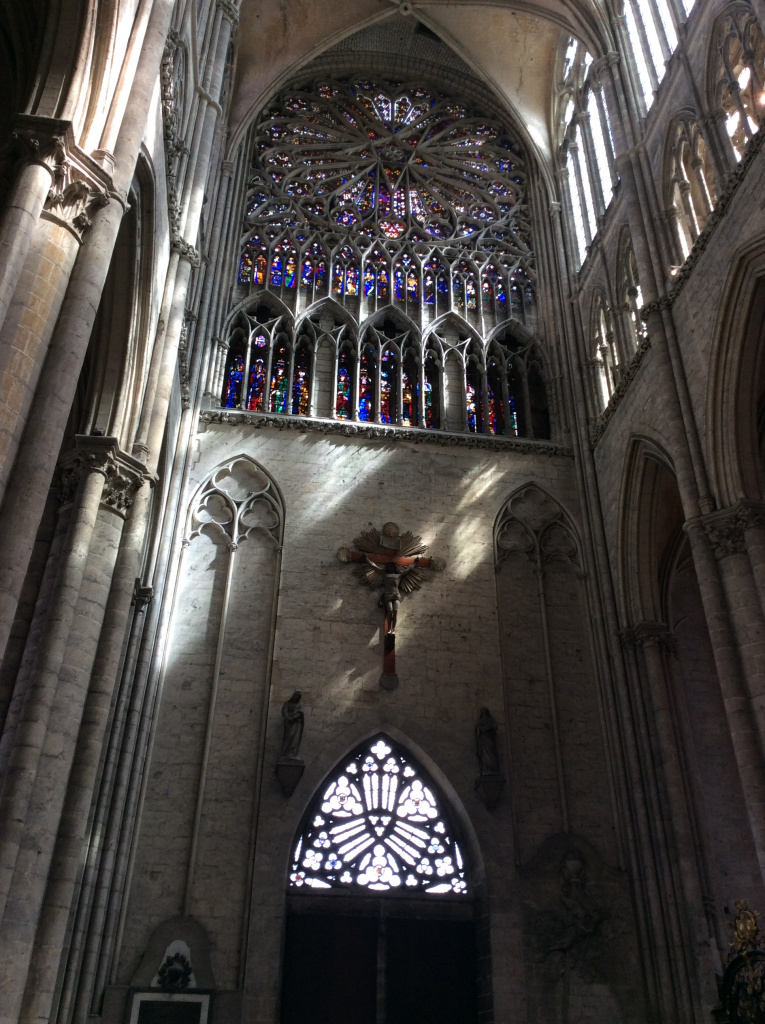 After crossing the river, the historic quarter of Saint-Leu begins just next to the Cathedral with small cozy houses and a large number of canals, which reminds Venice or, at least, Belgian Brugge located much closer. Here, you can sit in a cafe by the water, go boating or take a walk along the canals, enjoying the silence and solitude.

A little further from the centre are the so-called “floating gardens”, the real gem of the city. They say, that since the Roman times, the surrounding swamps have been drained to cultivate vegetables. And local residents have been improving their country estates for decades, planting beautiful flowers and various plants. 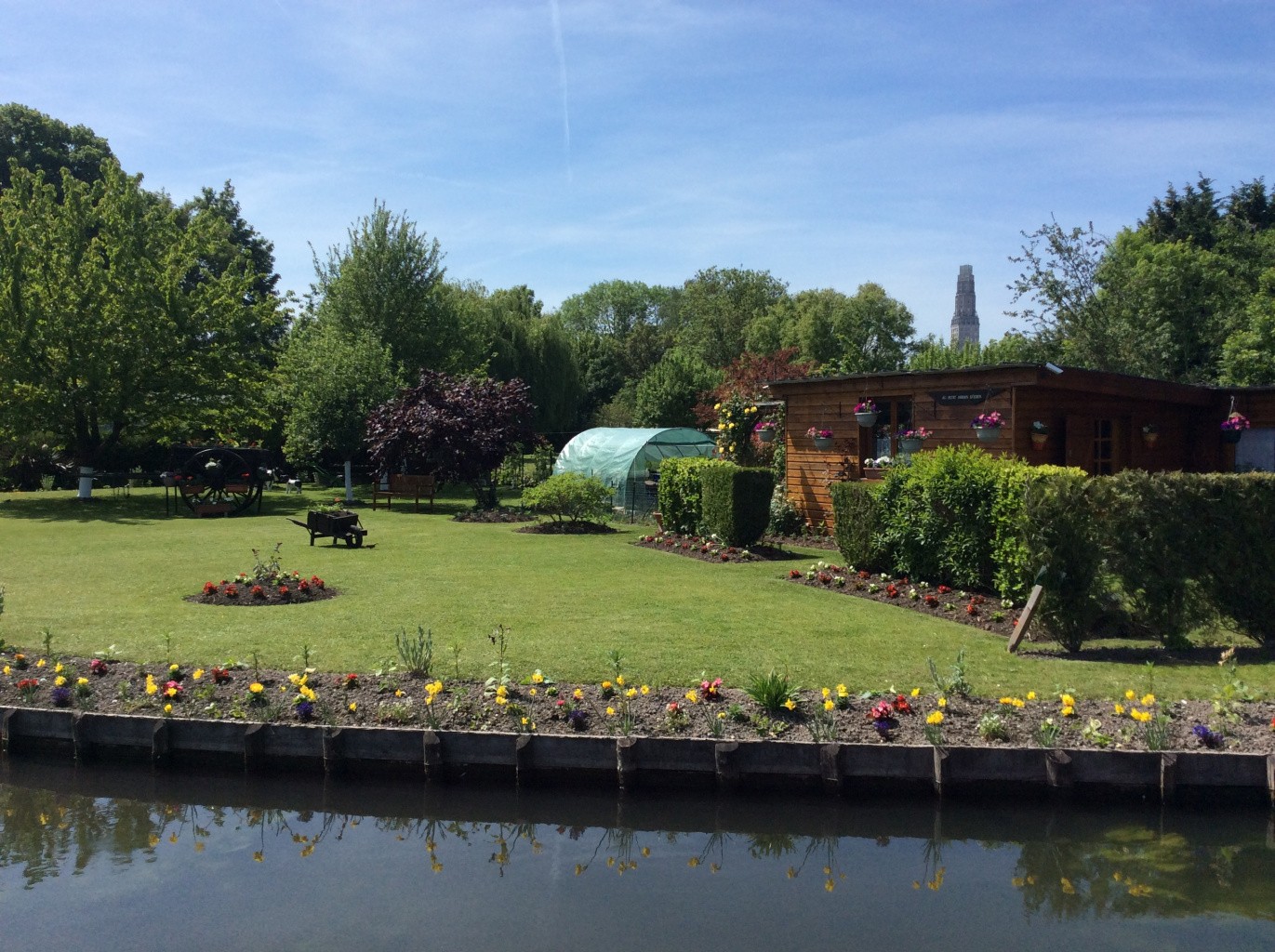 It may seem surprising, but small public plots granted by the local authorities for the family gardens has its own roots in France. The local neighbourhood associations of the French “6 Acres”, so called “community gardens” (jardin partagé), were also used for growing vegetables for a long time, and today, they have been turned into large eco-cultural spaces. 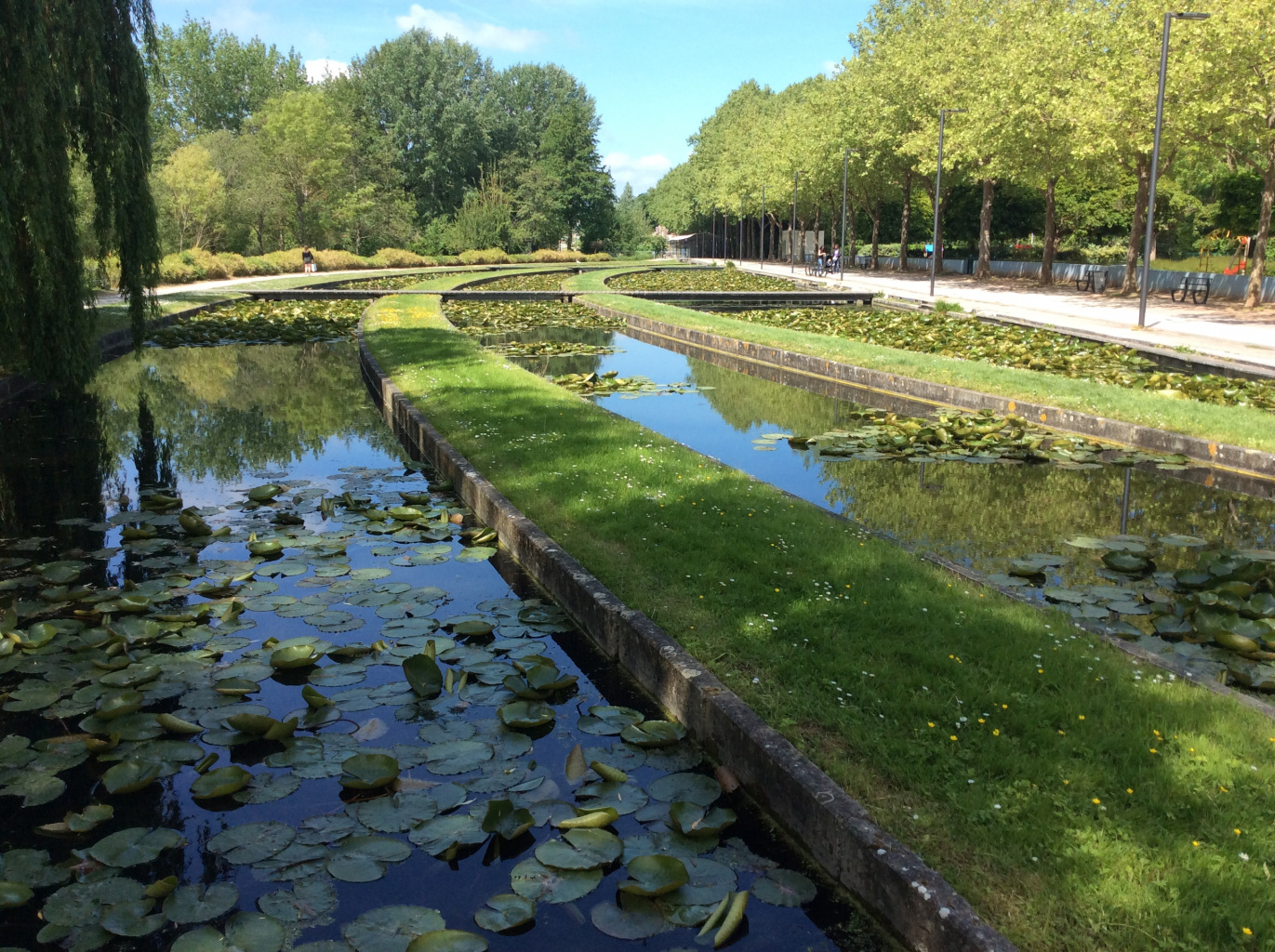 In Amiens, this is a real island of gardens located between the canals. Getting here is not easy as the bridges leading to the island have beautiful but locked gates. Each garden has its owner, so you can look at the garden only from a distance, or while sailing a pleasure boat. I want to mention that there are a lot of people who want to go on boat trips offered in the high season only, and it is best to book tickets in advance through the website. 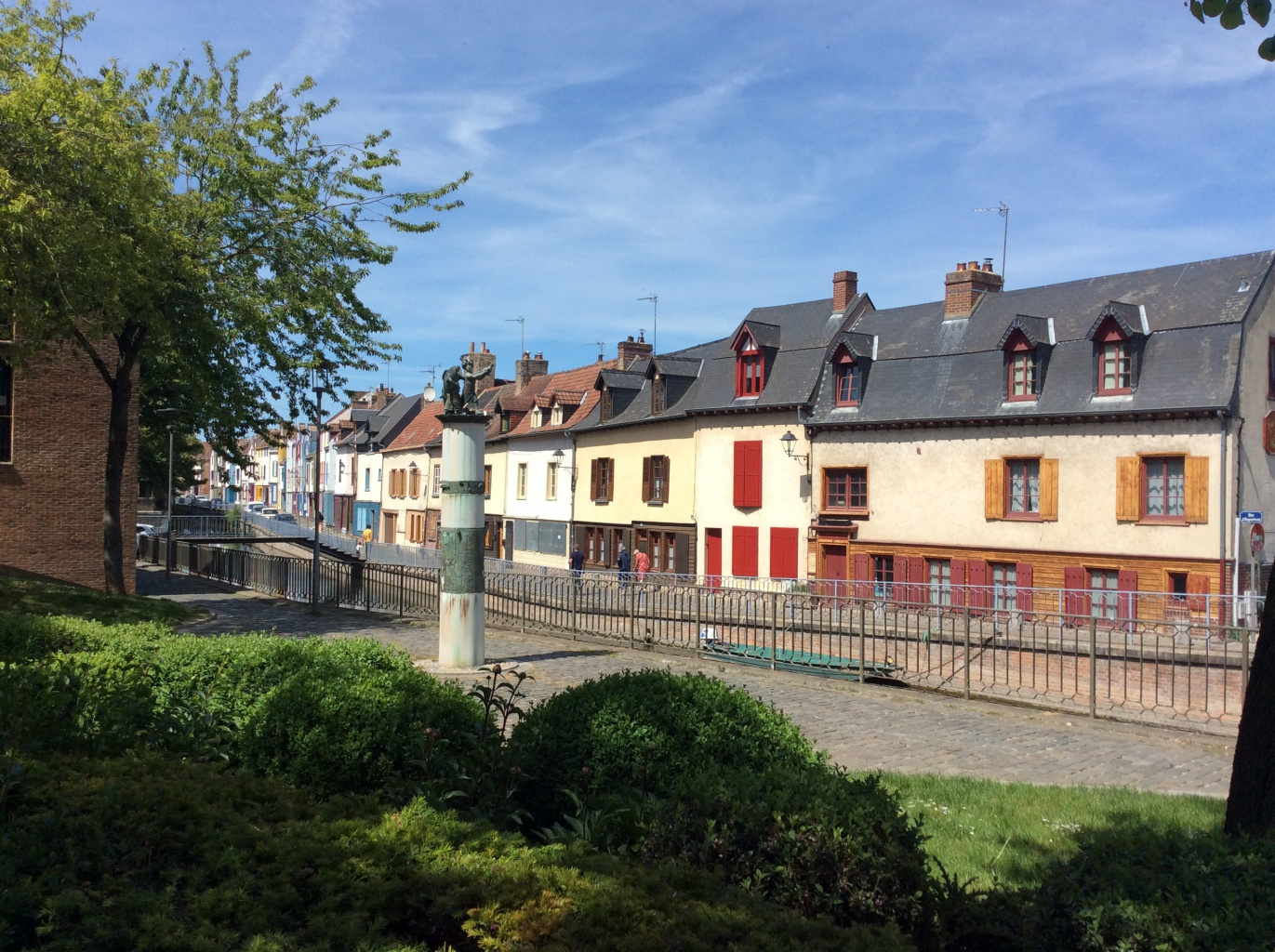 This 300-hectare park is beautiful, first of all, thanks to the creativity of the locals who have turned small gardens into works of art. The fact that the Amiens are quite inventive is seen everywhere, for example, when you see a dressed male figure right in the middle of the river or the “wish tree” on the bridge.

Around the world in Eighty Days

However, the ingenuity of the locals is quite understandable, given that they are the Jules Verne’s fellow countrymen. 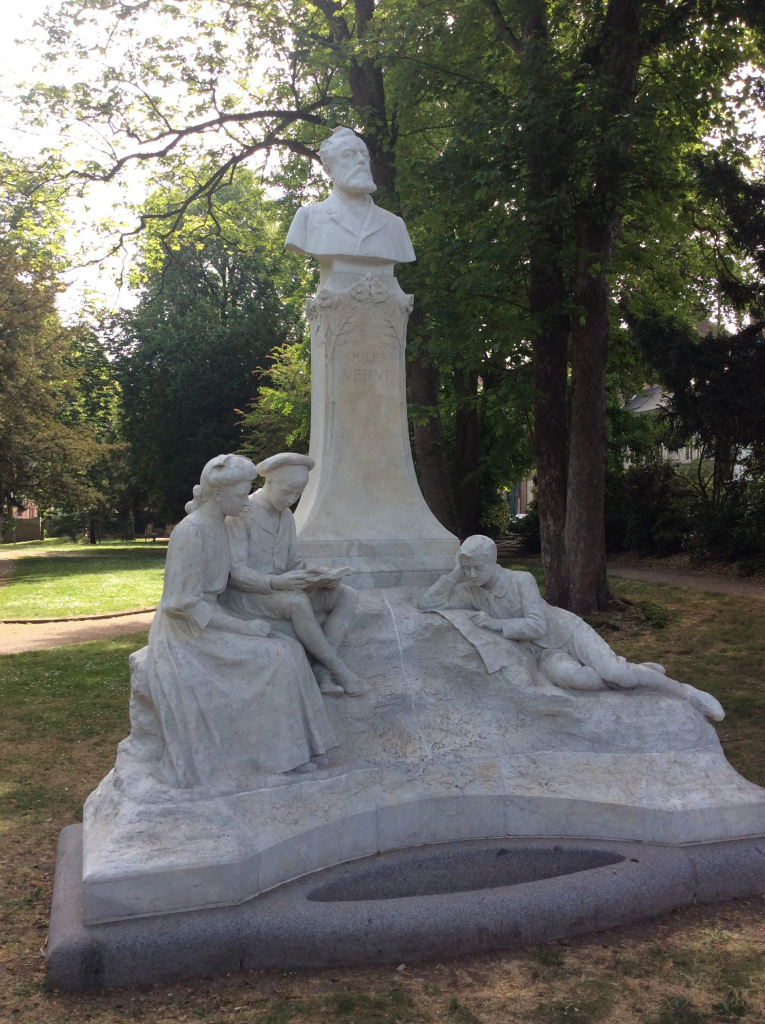 And although the birthplace of the brilliant writer is Nantes, the last thirty years - one of the most fruitful periods of his life - Jules Verne spent in Amiens. Here is his Art Nouveau house with large windows, a garden and a round, intricate tower topped with a globe. Now, it houses a museum that has preserved the writer’s books displayed, as well as his geographical maps, and fantastic ship models. In 1872, the writer completes his book “Around the World in Eighty Days”; in total, during the Amiens period, he wrote several dozen works, many of them became worldwide famous. 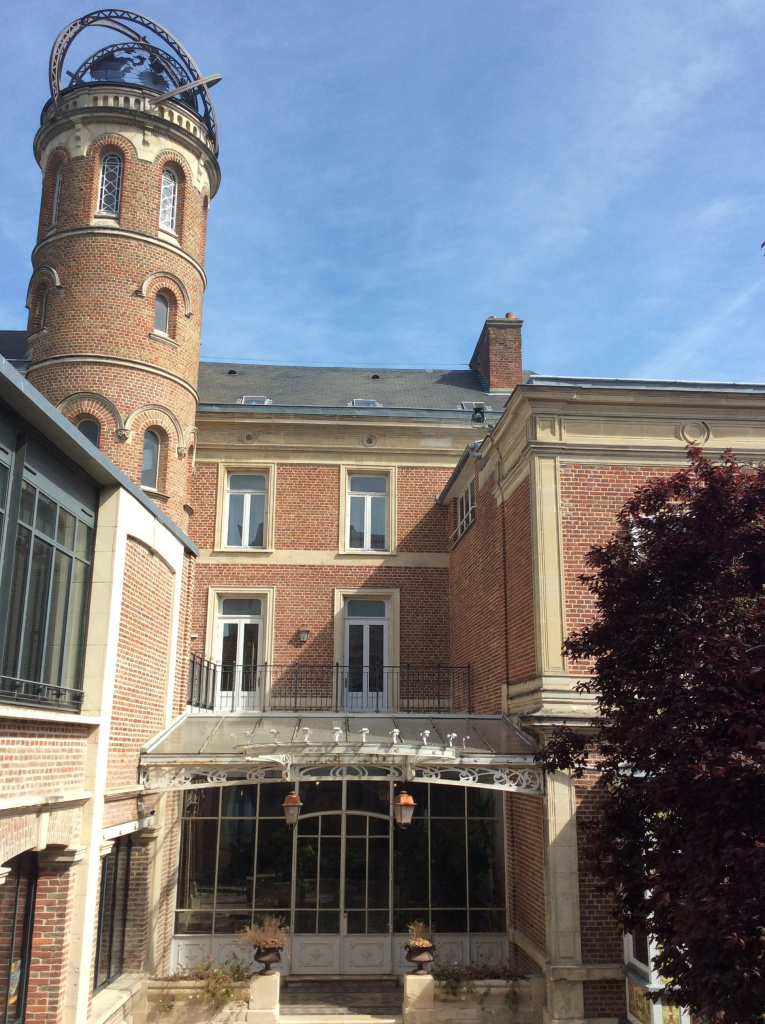 Surprisingly, my French friends, blessing my trip to Amiens, did not say a word about Jules Verne, apparently believing that the city was only one of the “havens” in his life. Indeed, Amiens appeared unexpectedly in his life, the writer came to his friend’s wedding party and met the bride’s sister who became his soulmate and best half. A few years later, Jules Verne changed the bustling Paris for the quiet Amiens, however, quite often visiting the capital to publish his works.

The route from the writer’s house to the station is now called the “Jules Verne Route” - there are boards with excerpts from his books, monuments to the famous fellow countryman and the signs showing the way to the house-museum. Therefore, when in Amiens, you hardly take no notice of his house, and you are sure to “pay a visit” to the famous writer. 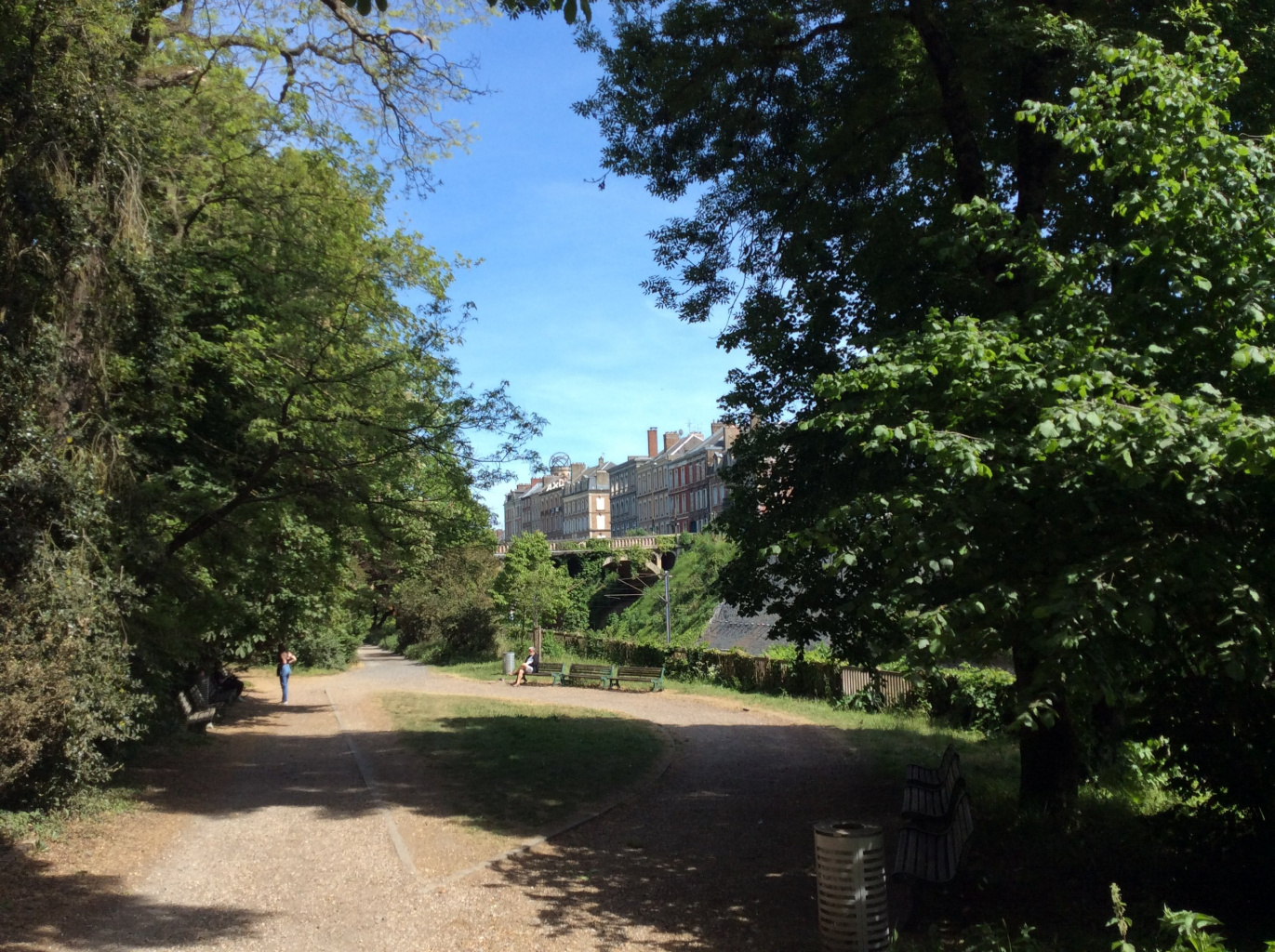 Right at the Amiens Station, there is a stunning futuristic building, the Perret Tower (Tour Perret). An unusual “skyscraper” appeared in Amiens half a century after the death of Jules Verne and for a long time, it was one of the highest in Europe. Someone considers the building ugly, but for me, the Perret Tower can be seen as a tribute to the great science fiction writer who predicted the emergence of many amazing inventions made by the mankind.