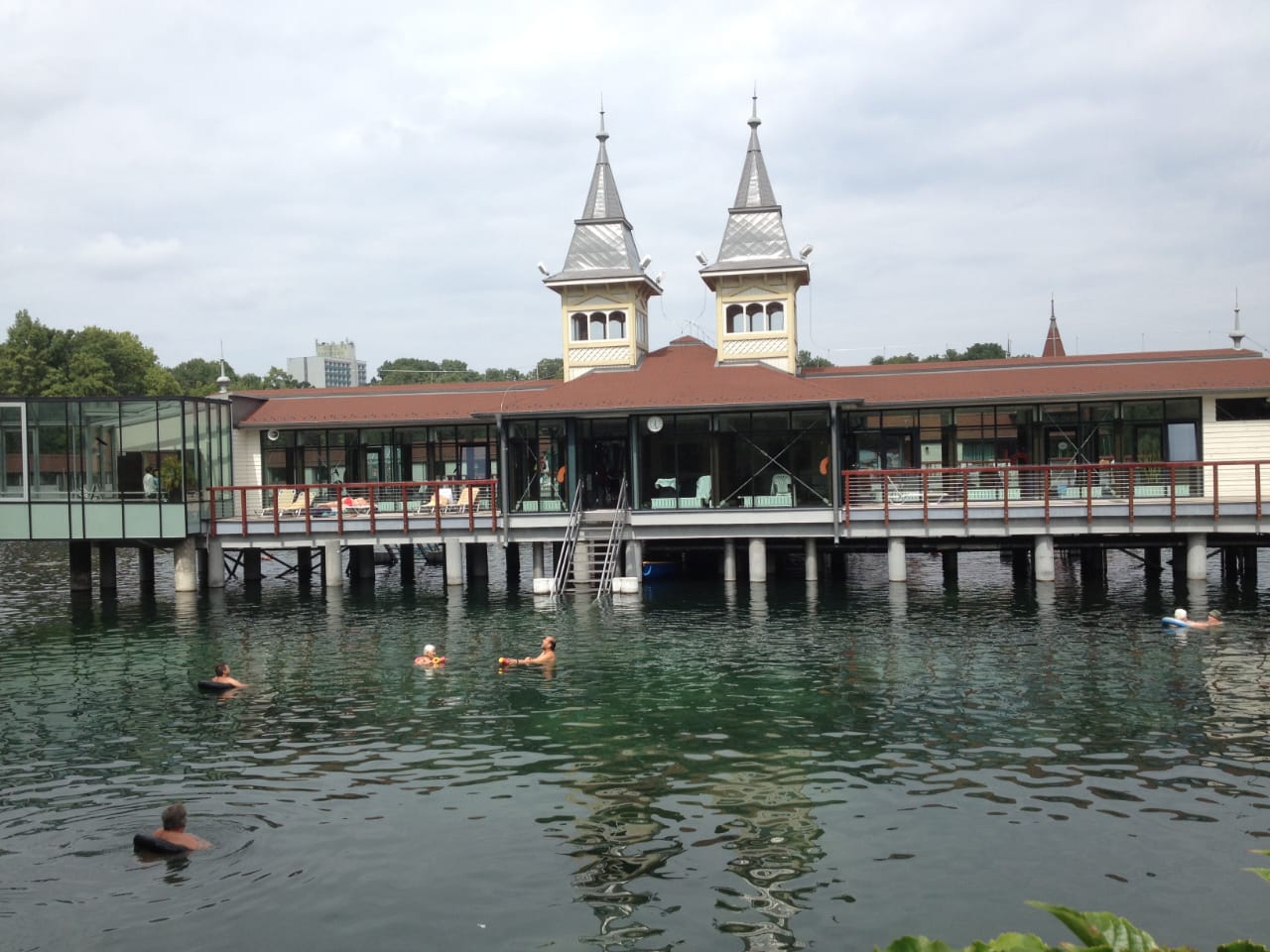 Everyone probably remembers the fairy-tale about the ‘Water of Life’. Many people advise to go to Hungary in search of the Water of Life - to the very unusual and truly healing and revitalising Lake Heviz.

The first thing that strikes is the size of the lake. Spread over almost 4.5 hectares, Heviz is the largest thermal lake in Europe. Unlike many bath-houses and pools in Hungary and Slovakia filled with thermal water, this lake is a wonder of nature, not a man-made miracle. Its appearance several thousand years ago is attributed to the nearby basalt mountains of volcanic origin.

Several hot springs feed this funnel-shaped lake, the main of them is about 40 metres deep. Thanks to them, the water in the lake is changed naturally completely every three days. It is dark, but surprisingly clean, and the pink lilies on the water surface are the proof of this.

Swimming here is a pleasure not only in summer when the water temperature is about 30-35oC, but also in late autumn. Even in winter, the water is seldom below 23-25oC.

However, the word ‘swimming’ is not the right one here. Very slow swimming and complete relaxation are advised while you are in the lake. As they say, the water of Heviz helps in the spinal traction and strengthening of the trunk muscles.

The lake’s water is medicinal, the slight smell of hydrogen sulfide reminds you about this. Its water is also rich in calcium, sodium, magnesium, potassium, iron, hydrocarbonates, sulfates and radon. The lake treats people for almost every illness, for bone diseases, the diseases of the nervous system to chronic gastritis. Swimming in the lake disagrees with people having heart problems, high blood pressure, asthma and it is ill-advised for young children.

In any case, the life-giving effect is so strong that being in the lake for more than 20-25 minutes at a time is not recommended. There are those who jump out after 15 minutes, and also those who, having bathed too long, just stretch on the shore, sometimes, the doctor’s rebuke has a chastening effect on them. One should not go into this water more than two times per day, and it is necessary to have a rest in between. If everything is done correctly, you will come out of the lake fit and healthy as the fairy-tale tells.

Many people come here regularly and know very well how long to stay in water and also, how to make the most of it. If there are no contraindications and you are not afraid to get dirty, you can use the peat therapeutic muds or swim in the hotter springs’ water in the specially equipped bath-houses.

Over the past half century, a first-class resort town has grown near Lake Heviz, there are many spa-resorts, holiday hotels offering various types of treatment and relaxation. My advice is if you do not have chronic diseases or special diagnoses, you should not buy a holiday package with treatment in advance. The main thing that people come here for is the life-giving water of the lake. When you come here and choose a suitable budget accommodation, you can pay for any treatment and enjoy this Fountain of Life, if necessary, after consulting with doctors and, most importantly, with those who regularly come here. 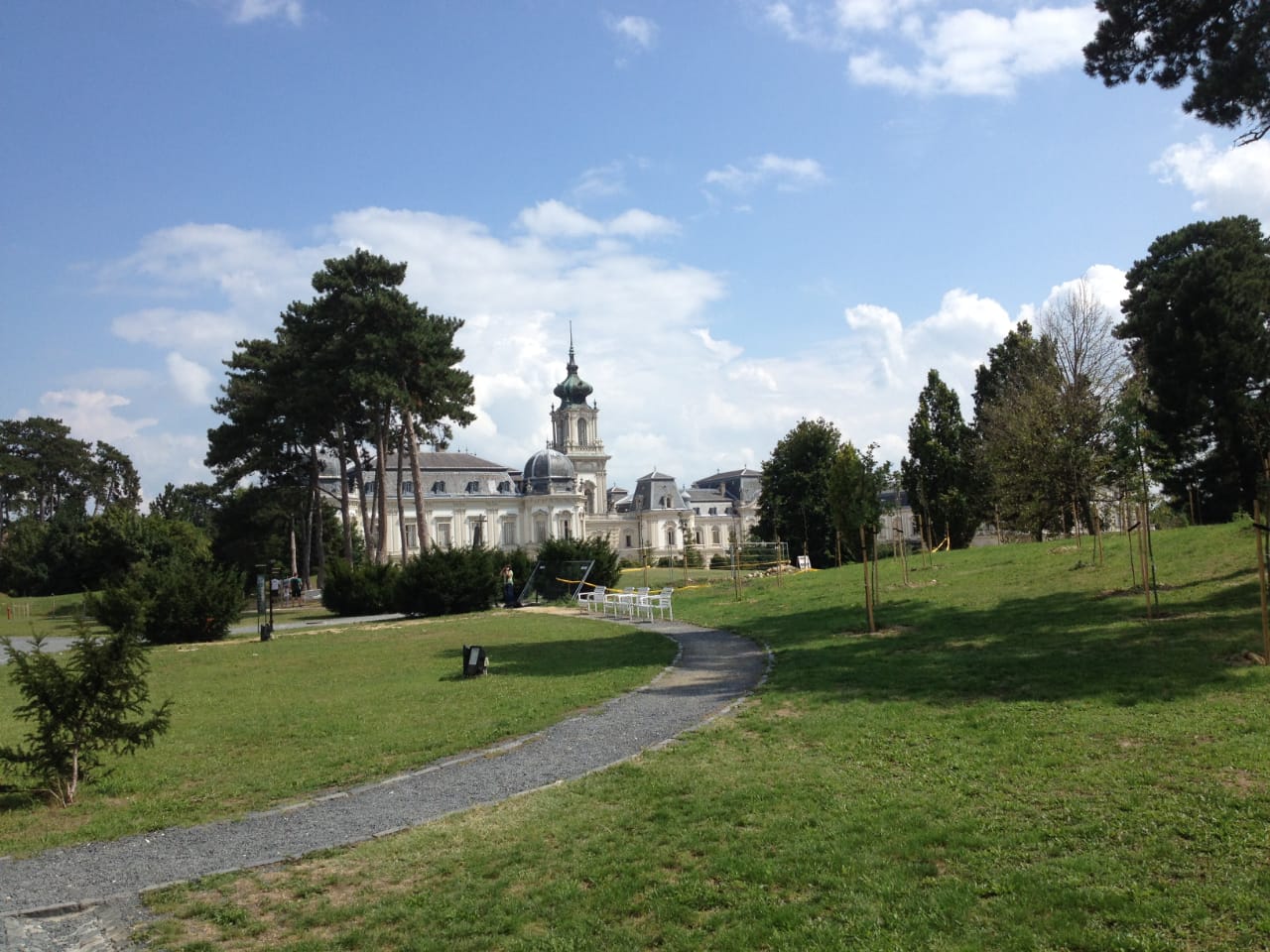 The tourists come to Heviz not only from Russia, but also from other post-Soviet countries. The Hungarians, especially those of middle and old age, often have at least a little command of the Russian language, and most signs in Heviz are made in four languages: Hungarian, German, English and Russian.

Thanks to the combination of the friendliness, hospitality of the local community and the excellent Hungarian cuisine rich in spices, especially hot and fragrant red pepper, you will get both a very good treatment and ultimate vacation experience here.

Advocates of a healthy lifestyle and nature lovers greatly enjoy their walk through the town and in the area of Heviz and they get a lot of impressions.

Just 5 kilometres or within an hour away from Heviz, there is the picturesque town of Keszthely with its old houses and cozy parks. But its main pearl, the Festetics Сastle can impress and also shock an unprepared tourist. Imagine that walking in the fields and admiring the grazing cows, you suddenly find yourself in front of a real splendid palace resembling the French palace of Versailles. The castle that belonged to an old Hungarian family, immersed in greenery of the beautiful regular English park, was not built here by chance. Keszthely is located on the shore of Balaton - not a healing and revitalizing, but a very famous spectacular lake, and at the same time, a popular tourist attraction of Hungary.

You can get by bus or car from Keszthely to Balatonfüred, the famous spa-resort with healthful mineral springs and beautiful strands along the lake. It takes you half an hour to get to another iconic place - the half-island that cuts the expanse of Balaton - named Tihany, which sounds nice for the Slavs.

Indeed, absolute quiet reigns here, and sense of peace. From here, one can have a beautiful view of the Balaton. Finally, the white-stone domes of the Benedictine Abbey temple founded over 900 years ago by King Andras I give the finishing touch.

The ongoing historical disputes about the daughters of the Russian tsar, Yaroslav the Wise, who - for some reason - are mentioned only in foreign media, but are not mentioned in the Russian ones, may well be here in a completely unexpected context: on the pedestal of the monument gifted by the Ukraine, his daughter Anastasia for some reason is called not a ‘Kiev Princess’, but an ‘Ukrainian Princess’. However, the French called Anna, the younger sister of Anastasia, ‘Anne de Russie’ (Russian Anna). She was married Henry I, the King of France. Nowadays, a popular new French perfume is also called ‘Anne de Russie’.

The Tihany lavender fields resembling Provence also remind of France. In numerous shops, you can buy small bags of lavender, bundles of dried red pepper and, of course, the famous ‘Tokaji’ wine.

At the bifurcation of the road

If you have time, I would strongly recommend you to visit the oldest wineries and wine-cellars in Tokaj, located in northern Hungary, which have been included in the UNESCO World Heritage List since 2002. Moreover, not far from it, there is another miracle - a thermal bath in the rock. The water here is also medicinal, although hardly comparable to Heviz, but both adults and, of course, children would enjoy swimming in the cave and the cave bath of Miskolc-Tapolca (Barlangfürdő). By the way, there are a lot of children during their school holidays.

The same tour includes a mandatory visit to Budapest with its baths that became works of art, its magnificent bridges, palaces and, of course, the Hungarian Parliament - its fantastic architecture resembles the Palace of Westminster in London.

If you go from Heviz in the opposite direction, you will soon come to enchanting Vienna - a must-visit destination in any package tour. Bratislava is also nearby. To the west, there is Graz, to the south - Zagreb ... It is unlikely that even a couple of busy tours can be sufficient to see all this splendid towns.

And, most importantly, unlike a fairy-tale, no matter which direction from Heviz you go, you will not ‘lose your horse’. You can ‘lose your head’ from a store of impressions only.