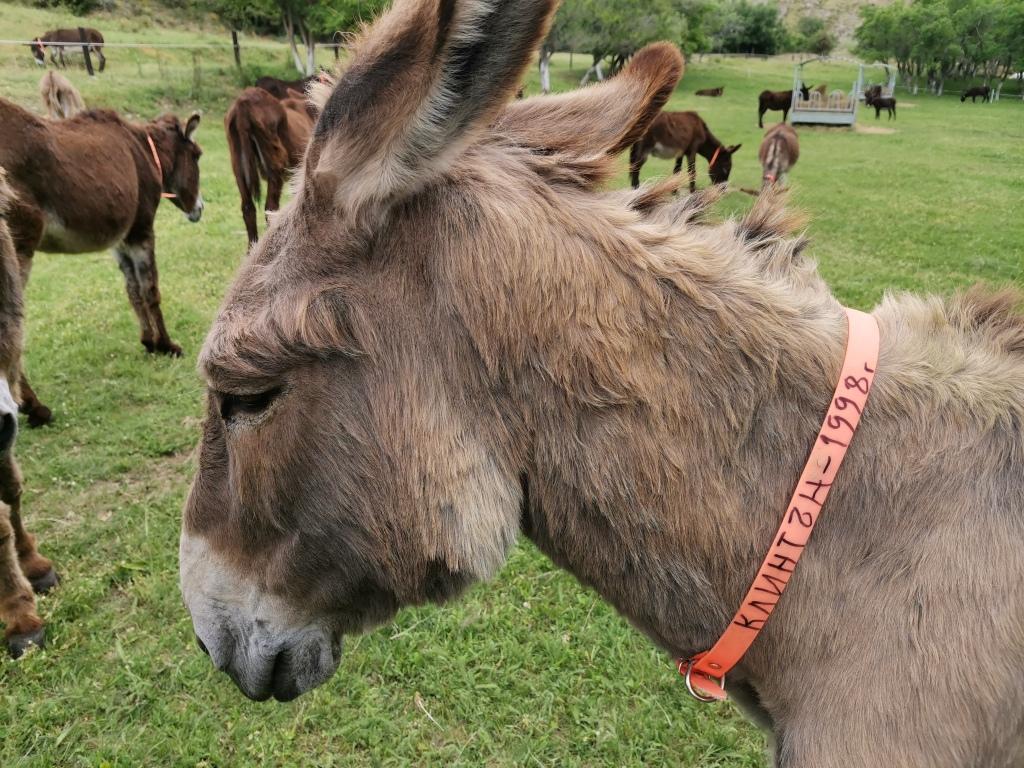 Lyubov Ivanova
Correspondent in the Balkans
06-28-2021

In a small Bulgarian village, Clinton, Zorro, Leon and fifty more donkeys are peacefully grazing in one meadow. Each of them is wearing a beautiful collar with a name and date of birth. Every animal was examined by a veterinarian, fed and taken care of. However, not so long ago, they had to carry heavy riders or pull heavy carts. Their ‘length of service’ is quite significant, but instead of a well-deserved ‘retirement’, in most cases, they could have been sent to a slaughterhouse.

The Vets in Action Foundation’s defenders of the environment decided to fight against this injustice. Moreover, they had already gained some experience in setting up eco-parks for animal protection in Bulgaria: for over 20 years, the Dancing Bears Park opened with their participation has been operating here, which is a safe and rehabilitative shelter for the brown bears suffered from the cruel training method traditionally used by the local Roma Diaspora. The noses of some bears are torn as ruthless trainers inserted rings into them to force the animals to dance to amuse the visitors. In addition, the ‘dancers’ were kept in small enclosures and were often ill due to malnutrition. Today, more than 20 animals from Bulgaria, Serbia and Albania are collected in the Dancing Bears Park.

Fortunately, donkeys are not forced to dance in the Balkans, but they have been used for household work since ancient times. Surprisingly, these reliable hard-working animals are often mistreated by villagers, which results in chronic diseases. It’s very common that donkeys have joint diseases, since they require frequent hoof trimming but not all donkey owners do this. A poorly balanced and often completely unbalanced food results not only in gastrointestinal diseases, but also in the poor dental health (donkeys’ teeth grow constantly). Lack of free range leads to stress and even cardiovascular diseases. Donkeys also suffer from loneliness, because they are social animals living in herds, they needs other donkeys for communication. However, not every villager can afford to keep several donkeys. So, it turns out that with age, a donkey becomes not a helper in the household, but a burden. So, at best, the old age and its attendant evils await an animal, and at worst, a slaughterhouse.

At first, the local enthusiasts - veterinarians and animal rights activists - tried to improve the situation. For almost a decade, educational and volunteer activities have been carried out in the rural areas of Bulgaria. However, the lack of funds in the villages (Bulgaria is the poorest state in the European Union) did not allow to radically improve the life of donkeys in the country. An international environmental organization helped. Five years ago, thanks to the efforts of the Vets in Action Foundation and the support of the Gotse Delchev region administration, the first shelter for elderly and sick donkeys in Bulgaria was set up in the ancient village of Banichan.

Today, on an area of 250 hectares, 60 nice ‘donkey-pensioners’ live and receive care and treatment. They are looked after by several caretakers and veterinarians. One of them, Halil Byal, told us that on average, donkeys (Bulgarian: magar) live 30-40 years, but due to hard work and improper care, some animals fall ill after 10-15 years of most hard work and become a burden to poor villagers. In this case, they are usually slaughtered, and the meat is used as a highly nutritious and tasty additive to make some types of sausages. 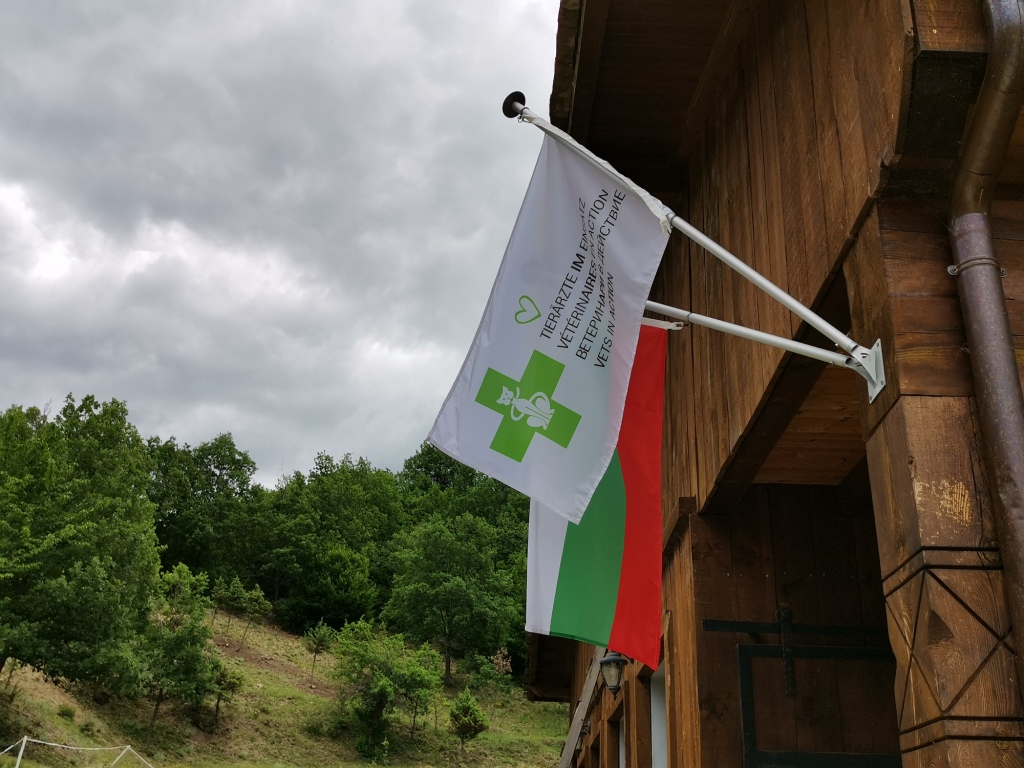 Of course, not all the villagers are so cruel: they often become so emotionally attached to their odd-toed helpers that they treat them as family members. The first guest of the shelter in the village of Banichan was just such a donkey named Marko. Serving its owner for almost 20 years, Marko - a family’s favourite - was getting old and began to require special care and treatment. The owner - with tears in his eyes - parted with an ‘old friend’ realizing that the animal would be better in the shelter. After all, proper life conditions have been provided here for several dozen donkeys with account of their biological peculiar features. Donkeys, as social animals, prefer to live in groups with a certain hierarchy, their sympathies and preferences. They need outdoor exercise, too. The shelter fences off large areas for summer grazing, and there are special warm shelters for a cold season. In addition to hay and fresh grass, the animals are given delicious additives like carrots and apples. So far, they have never refused to eat such vitamin ‘supplement’.

The head of the shelter, Dr. Konstantin Antov, notes that in addition to care and socialization, the animals get a real ‘home’ here and are not used to entertain the visitors. This shelter is not an attraction, but an area intended for ecotourism only. Instead of excursions, they organize ‘open days’ for preschoolers and older children. They tell them about donkeys, explain why they ended up in a shelter and how to take care of animals. They are happy to welcome people here who love nature, like animals and are ready to take care of them, for example, take a walk with donkeys, clean and comb them, and communicate with them. And it is nice that they bring carrots or offer any other help. After all, the shelter exists thanks to the help of like-minded people only, adds Dr. Antov. 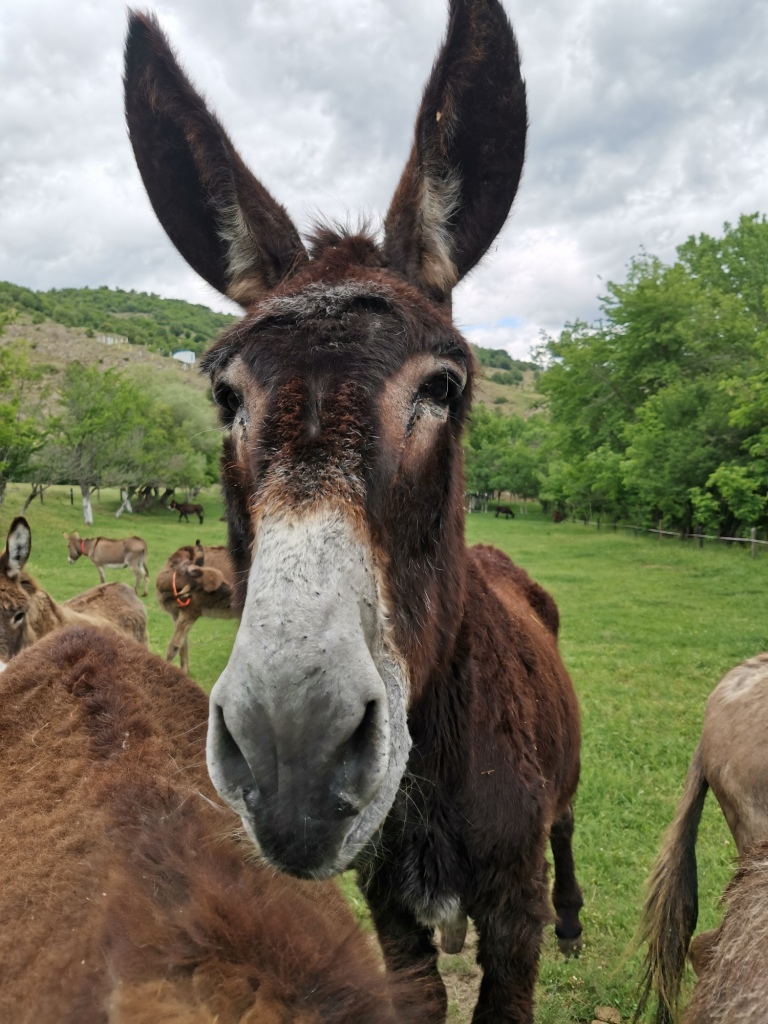 In addition to organizational efforts, it was necessary to raise almost 50,000 euros to implement this project in 2015. The funding was provided by Swiss environmentalist Stefan Bernhard Weber, one of the co-founders of the Vets in Action Foundation and a sponsor of the Dancing Bears Park in the Bulgarian village of Belitsa. Having done a lot to set up the shelter for elderly donkeys, Stefan Bernhard Weber did not attend its official opening as he suddenly died at the age of 54. In honor of him, a memorial plaque was put at the shelter. You will not see wreaths and flowers near it. Instead, Stefan’s friends and associates ask for donations to the Vets in Action Foundation in memory of him. Other support options are mentioned on the organization’s website www.stie.ch. 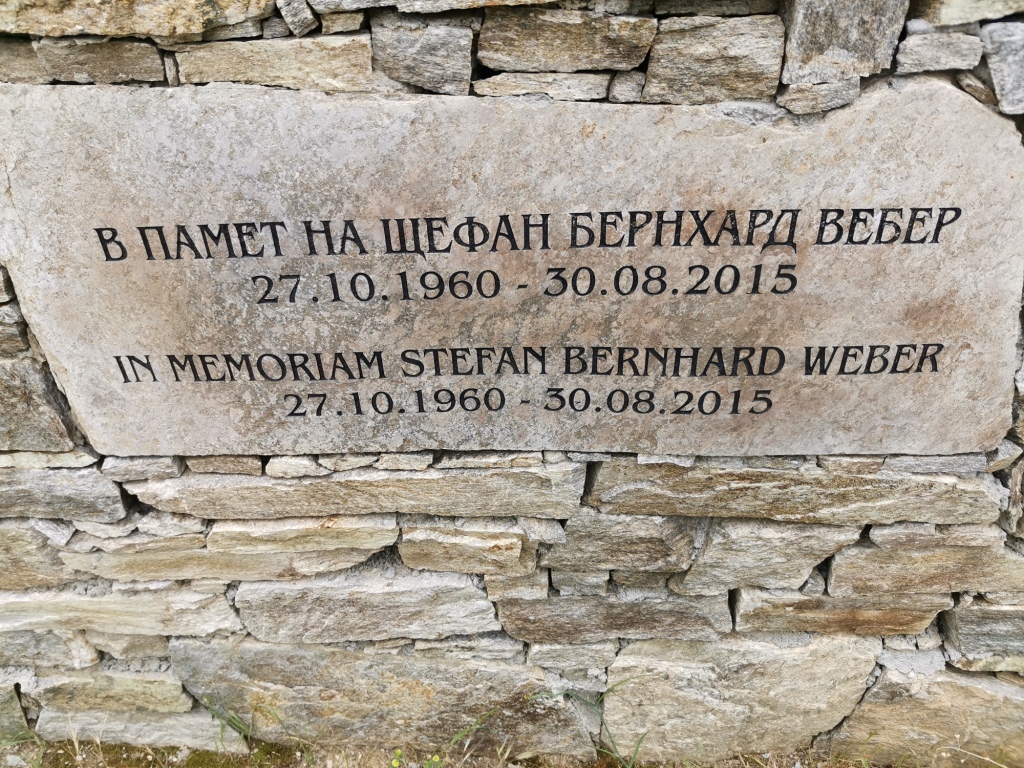 On the same website, you can get the information about the Fund’s activities in various countries, get acquainted with the active members of the organization and the ‘mascots’ of each animal team. For example, Scarface, a homeless dog, saved with great efforts by the veterinarians after a serious injury, became the mascot of the Bulgarian animal rights activists. Now, Scarface meets and sees off every guest visiting the shelter.

You can take part in the noble cause of protecting animals, as well as choose one of the cute ‘retired’ donkeys for custody, on the Vets in Action Foundation’s page: https://www.stie.ch/en/get-involved/support/support-a-donkey