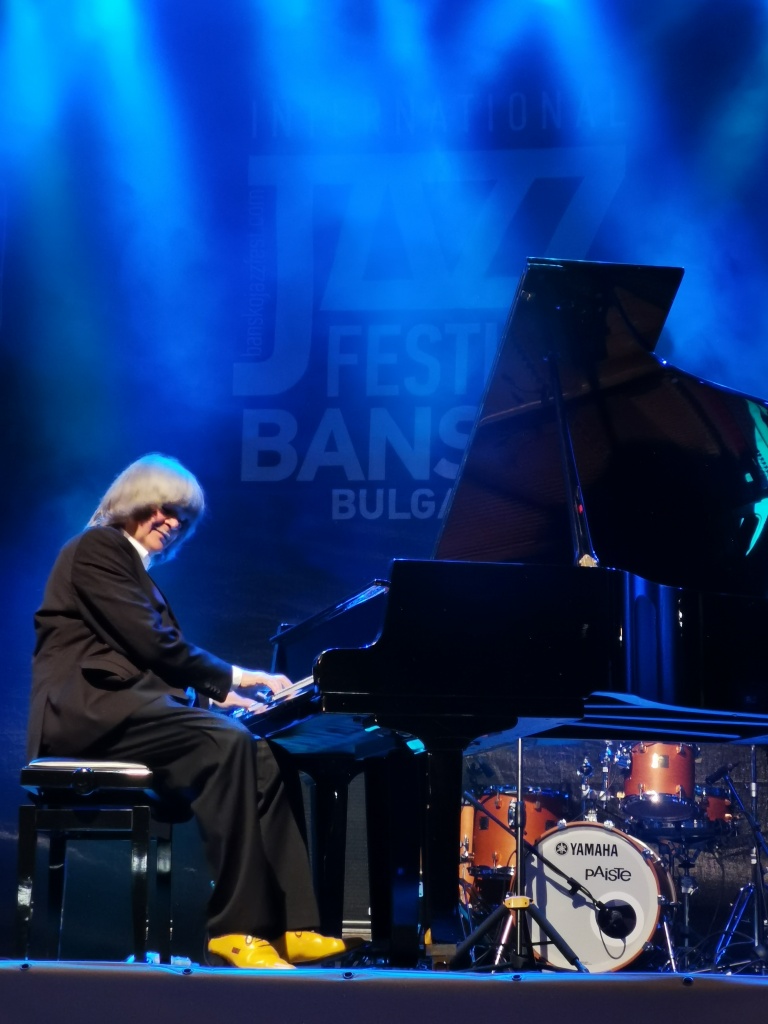 More than twenty years ago, Dr. Emil Iliev, a Bulgarian doctor, brought a group of patients feeling physically stressed and emotionally drained to the resort near the town of Bansko. A dermatologist and oriental medicine enthusiast, Dr. Iliev has found an ideal place for treatment. The pine-scented air, picturesque mountains and pastoral views of sheep grazing on the slopes - all this combined with acupuncture significantly improved the state of his patients. But it is the music that gave the most unexpected effect on their health.

The doctor noted that the short musical evenings arranged to entertain the patients had a therapeutic effect as the patients' mood improved and their recovery was faster. Increasingly more people wanted to improve their health in such a pleasant way. Gradually, the idea arose to arrange concerts not only for the guests of the clinic, but also for all the Bansko residents and tourists visiting the town. So, in 1998, the first jazz festival was held.

At that time, it was unusual to see the music stars in the town as the main population was busy in agriculture. But the people of Bansko have an amazing sense of beauty. Their part singing is perfect as well as the works by local painters and woodcarvers. And the famous school of icon painting has existed in Bansko since time immemorial. Perhaps, that is why jazz was received in Bansko with enthusiasm. The first stage for the festival was built with the help of a local forestry farm, and a beautiful grand piano was brought from a nearby city by soldiers of an army base.

For 23 years, the Bansko Jazz Fest has been held with increasing success. It is now one of the most famous musical events in the Balkans. During the festival, the town is full of music lovers from all over the world. The names of the musicians are known far beyond Bulgaria. The stars such as the British rock band Mungo Jerry, American jazz singer and pianist Freddy Cole, American jazz tenor saxophonist Scott Hamilton, German boogie-woogie piano virtuoso Axel Zwingenberger, Russian-American saxophonist and producer Igor Butman have performed at this jazz festival. 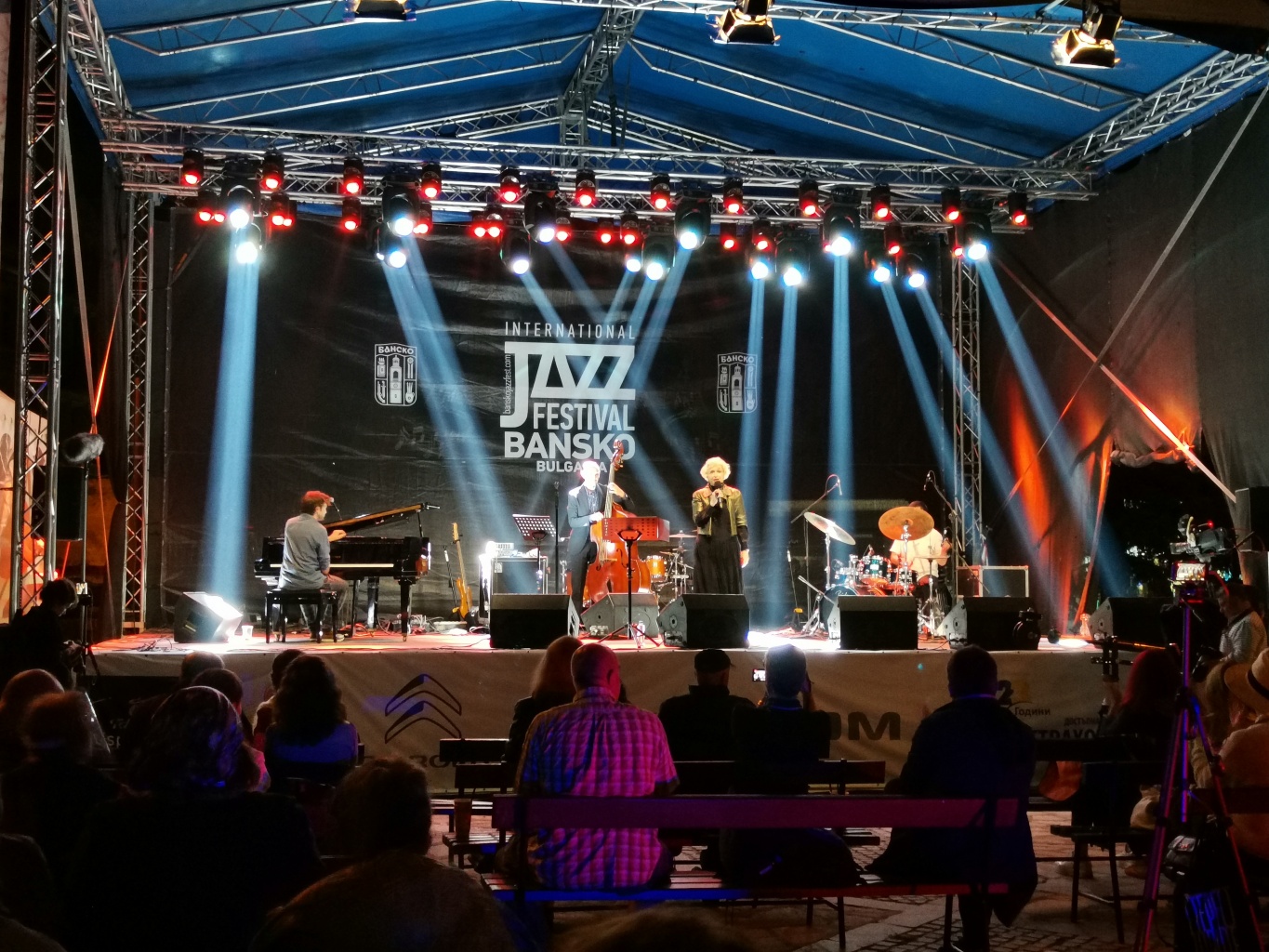 Of course, this year is special. The pandemic has cut down on many mass events. Several jazz festivals in America and Europe have been canceled. Recently, the 15th International Jazz Festival, Kaliningrad City Jazz, popular in Russia, has been postponed for a year.

But the International Jazz Festival Bansko did take place, albeit there were ‘losses’. For example, famous Russian saxophone player Igor Butman could not come although the tickets for the concert with his participation were on sale even a few days before the opening of the festival. Of course, the fans of the iconic jazzman were disappointed. On the other hand, the young Bulgarian musicians were glad to have a chance to replace the grand master. I must say, the audience was not disappointed and it did not let the Trombobby X C-MO group go from the stage for a long time. The enthusiasm and energy of the musicians took the audience by storm.

By the way, the unique energy of these places is appreciated by many musicians. Performing at the Bansko Jazz Fest for symbolic money, the famous musicians increase their creative vitality helping them to work wonders. A good example is Axel Zwingenberger, the boogie-woogie king. He took part in one of the first jazz concerts in Bansko and he returns to this jazz fest to turn the stage into an enchanting show with his hands flying over the piano keyboard incredibly fast, his hair flying away like the wings of a fantastic bird, and his famous yellow boots making the boogie beat. And with his smile. This charming smile to the audience while playing the most virtuouso passages! All this at a staggering beat. All this in a masterly fashion. After Axel Zwingenberger's playing, you feel a kind of magical vibration in every fibre of your being.

The Bulgarian group AKAGA, which turns 30 this year, takes the audience with an old proven method. Rock’n’roll! Wow!!! And away we go - the old and young began to dance paying no attention at the strict security persons guarding the stage. At the same time, one cannot fail to note the brass trio. In the fervour of rock ‘n’ roll, they still managed to demonstrate an interesting improvisation, without cooling the ardour of the dancers.

The jazz festival traditionally lasts a whole week in Bansko. At the same time, a fair of local goods and foods with a focus on their organic and biological production is held there offering the all-natural fiber clothes, organic cheeses from the nearby eco-farms and even bio wine. This year, the entrance ticket to the VIP zone cost 10 euros for one evening and 50 euros for the whole week. Compared to other festivals, it is inexpensive. But the majority of people takes the opportunity to sit on the lawns or in the cafes for free believing that music can be listened to from any place. 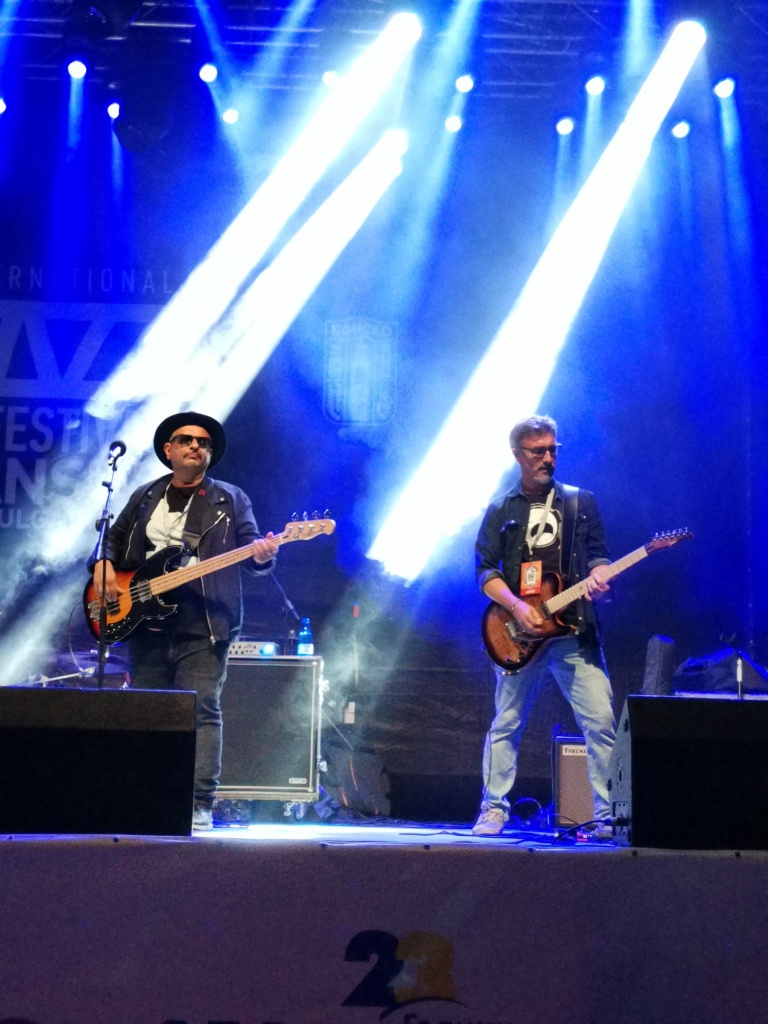 A warm summer evening, full relaxation, cool jazz ... What else is needed to make you perfectly happy?