Corfucianism - a philosophy of harmony

When people come to Corfu for a few days, they want to stay here forever. The Island seems so perfect and self-sufficient where the great world history, marvelous Italian architecture, lush Mediterranean nature and, of course, traditional Greek cuisine coexist harmoniously.

The first question of a Russian tourist is usually about the name of the Island. Indeed, the flight was to Corfu, and the travellers find themselves in Kerkyra. Really, this is how the Island is called in Greek and this name is seen at the Kerkyra airport. According to mythology, this was the name of the nymph, the beloved of Poseidon, whom the God of the sea brought to an unnamed island. Kerkyra, by the way, is also the name of the Island’s capital. 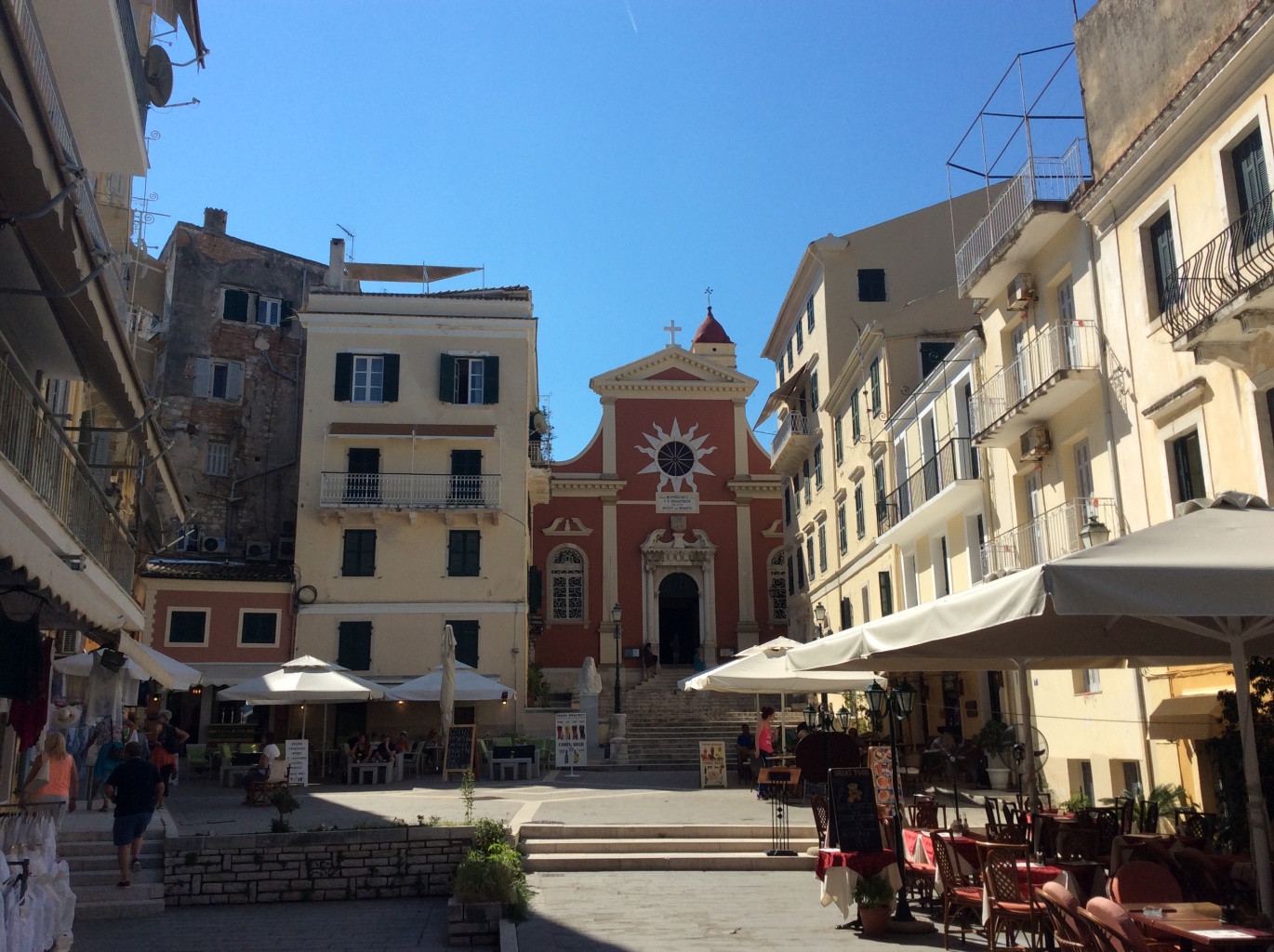 A visit to this elegant, vibrant Italian city formed over 400 years of the Venetian domination, with really Greek and slight British and French architectural lines, will be a special pleasure. You must admit that going on a beach vacation, you hardly plan to see a real ancient city included in the UNESCO World Heritage List.

Here, you can wander about the streets enjoying the views and visit the ancient fortress made in the Byzantine times, which survived several sieges and amazes with its size. By the way, this is not the only fortress in the city, and the so-called ‘new citadel’ or the sea fortress of St. Mark is another evidence of the combat history of the Island that was defended and taken over by one great power or another during its centuries old history.

Everyone was eager to possess such a ‘pearl’. However, the locals are especially proud of the fact that Corfu, the only Greek island, has never been under the Turkish rule, despite the numerous attempts by the forces of the Ottomans to seize the Island. 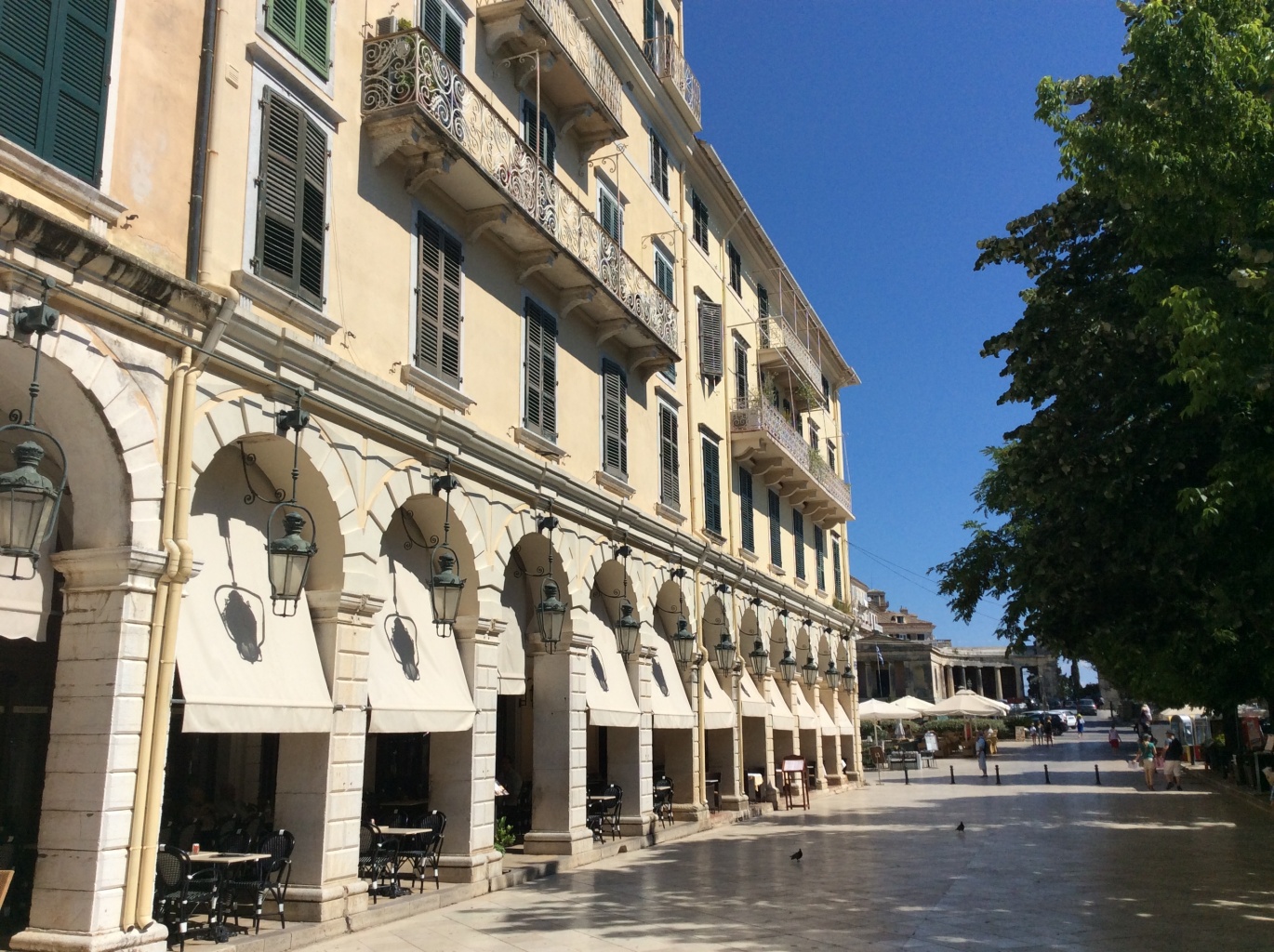 There is also a Russian trace in the history of Corfu. The commemorative plaque to Admiral Ushakov in Kerkyra is not just a decoration. The Admiral made his successful assault upon the island’s fortress when the French garrison was there, and Corfu gained independence for the first time as part of the United States of the Ionian Islands and Admiral Ushakov made his contribution to this. 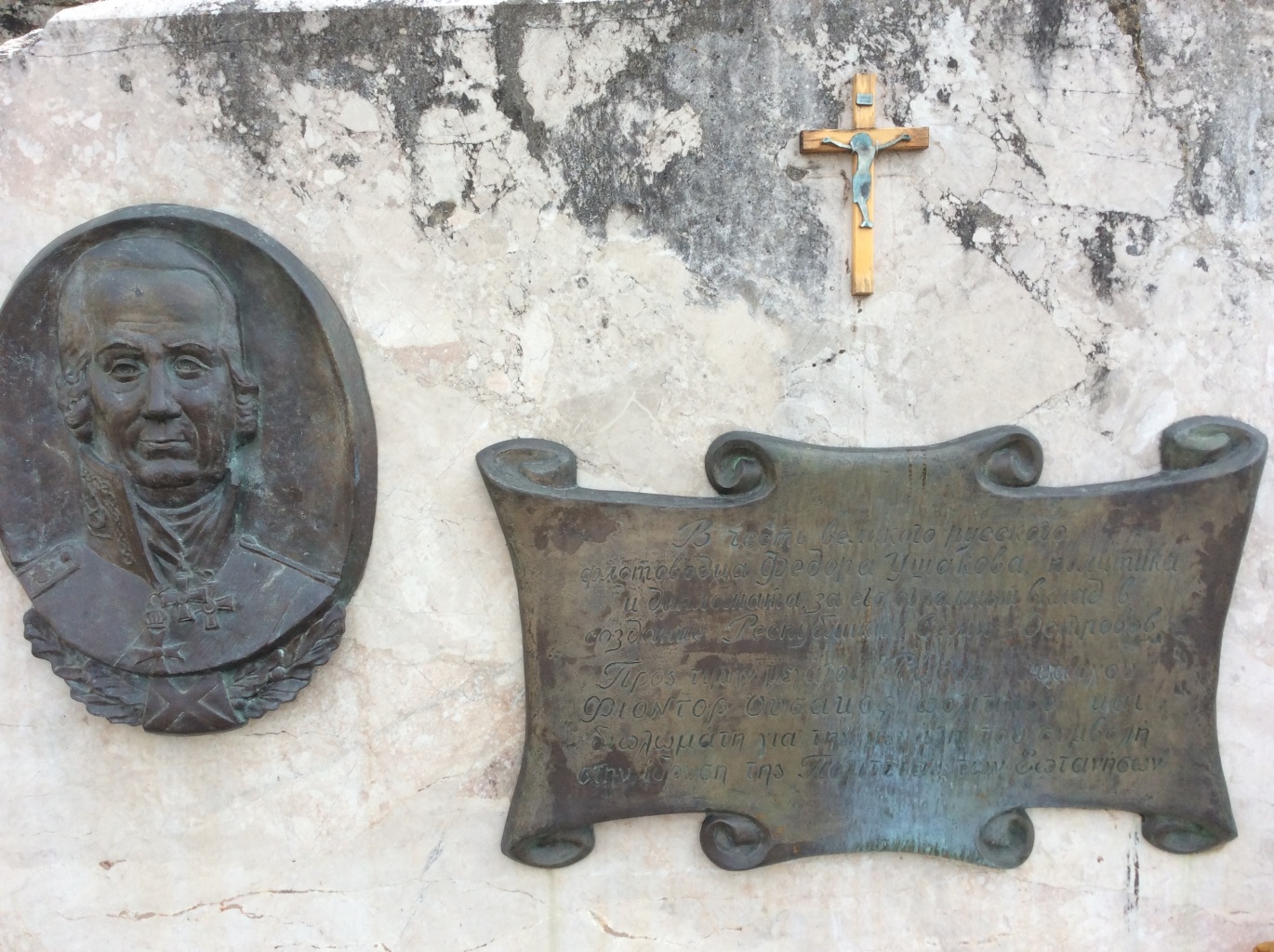 Ioannis Kapodistrias born here (his name is given to the Corfu airport) is also connected with Russia as he was the Minister of Foreign Affairs of the Russian Empire and later on, he became the first ruler of independent Greece. There are many Orthodox churches and sacred objects of worship in Corfu, the most famous of them is undoubtedly the Church of St. Spyridon in Kerkyra, which is easy to find thanks to its red dome rising over the city.

The island of two seas

But above all, Corfu is the same emerald island, the unique nature of which was discovered to the world by Gerald Durrell. Well, you will understand everything walking along the coast from the city to the summer royal palace of Mon Repos. There is also the Mouse Island and a tiny island with a monastery nearby, as well as a narrow concrete path across the bay where people like to take selfies with the airplanes landing directly overhead. 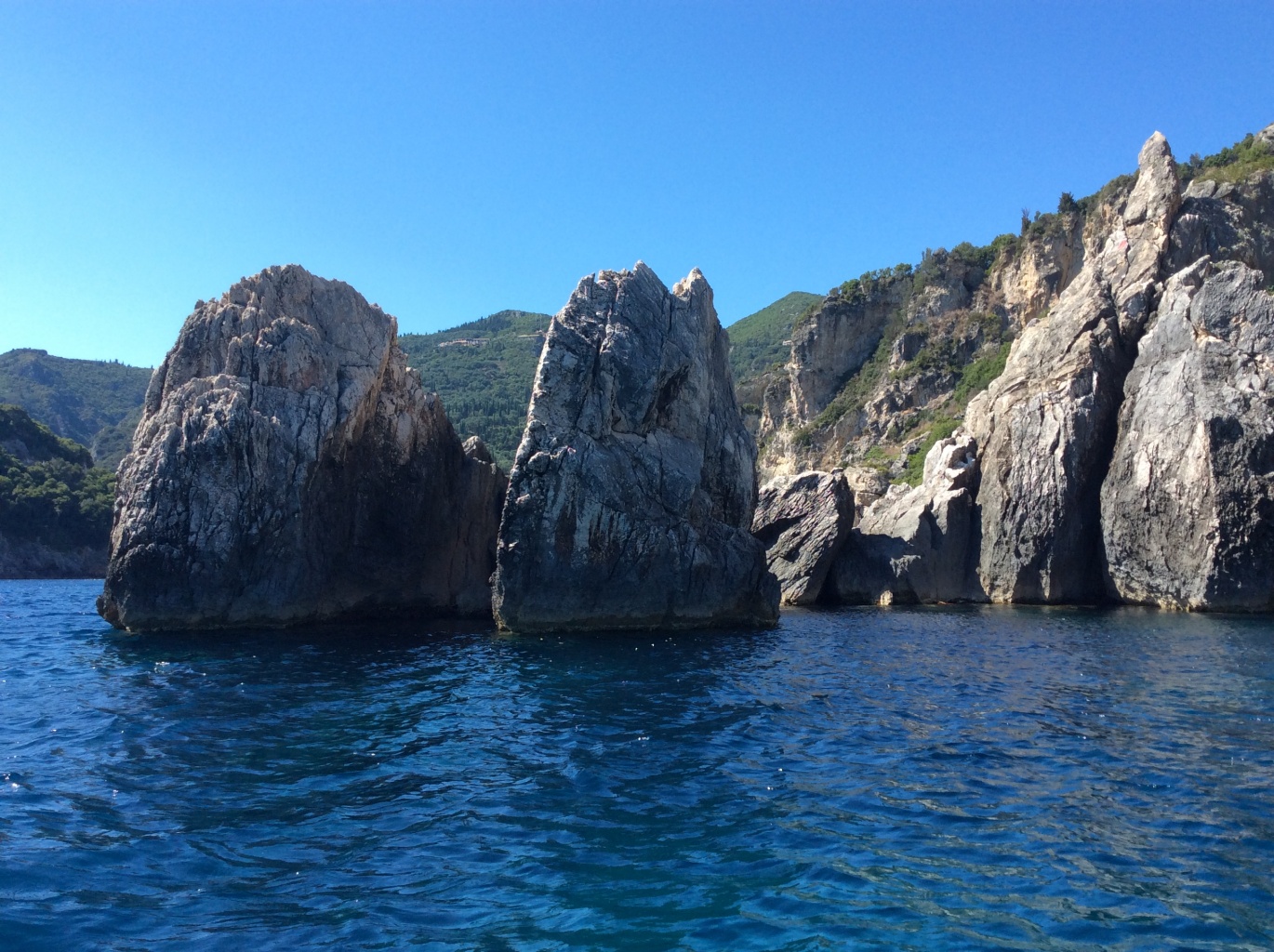 Those who are not too lazy to rent a car, quadricycle or a bicycle can see much more beauty and attractions. By the way, there is a wide network of bus routes in Corfu, which helps the travellers and locals get from one part of the Island to another at a reasonable price.

Travelling along the Island is an amazing experience because the nature and landscape of the Island washed by two seas - the Adriatic Sea and the Ionian Sea - is very diverse with its interminable olive gardens, giant pines and cypresses, many lemon and mandarin trees ...

The Paleokastritsa beaches are the most beautiful in Corfu. High white rocks with lush green trees form many bays with intricate outlines, one of which resembles a heart when seen from above. Here, along a soft-slope road, you can climb to the ancient monastery of the Virgin Mary located on a hill. You admire the real beauty here and enjoy the sense of pure peace. 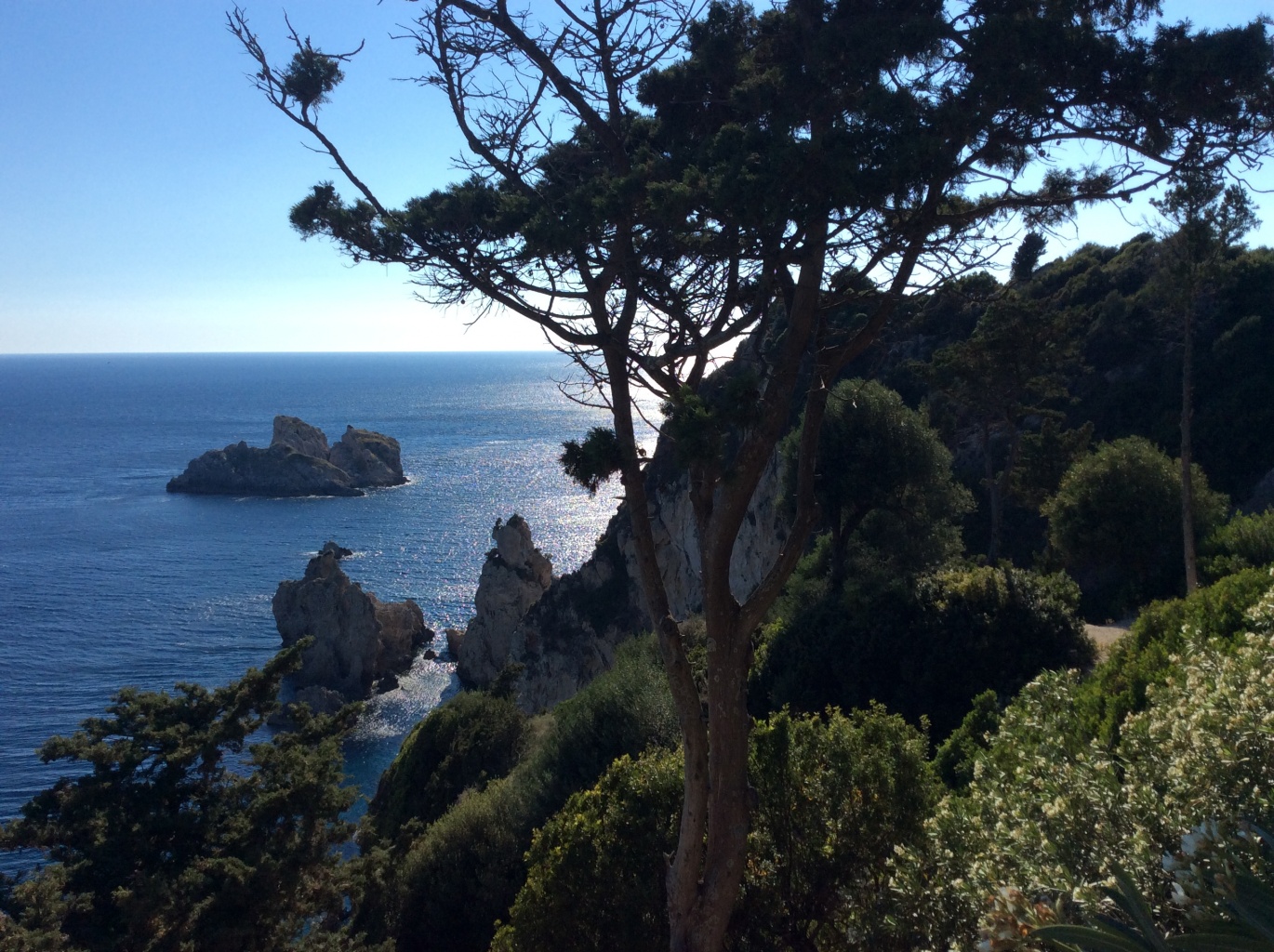 A boat trip can enhance the experience. The water in Paleokastritsa is emerald-turquoise, transparent, and huge schools of fish emerge from small caves.

The only nuance that needs to be taken into account when people want to stay here is that the water in Paleokastritsa is the coldest on the coast. At the beginning of a season, it is much more pleasant to swim on the other side of the Island facing the continent. There are long pebble beaches and many cozy villages there. And from Mount Pantokrator, not only the whole Corfu can be seen, but also the coastal islands and neighbouring Albania that is less than three kilometres away. 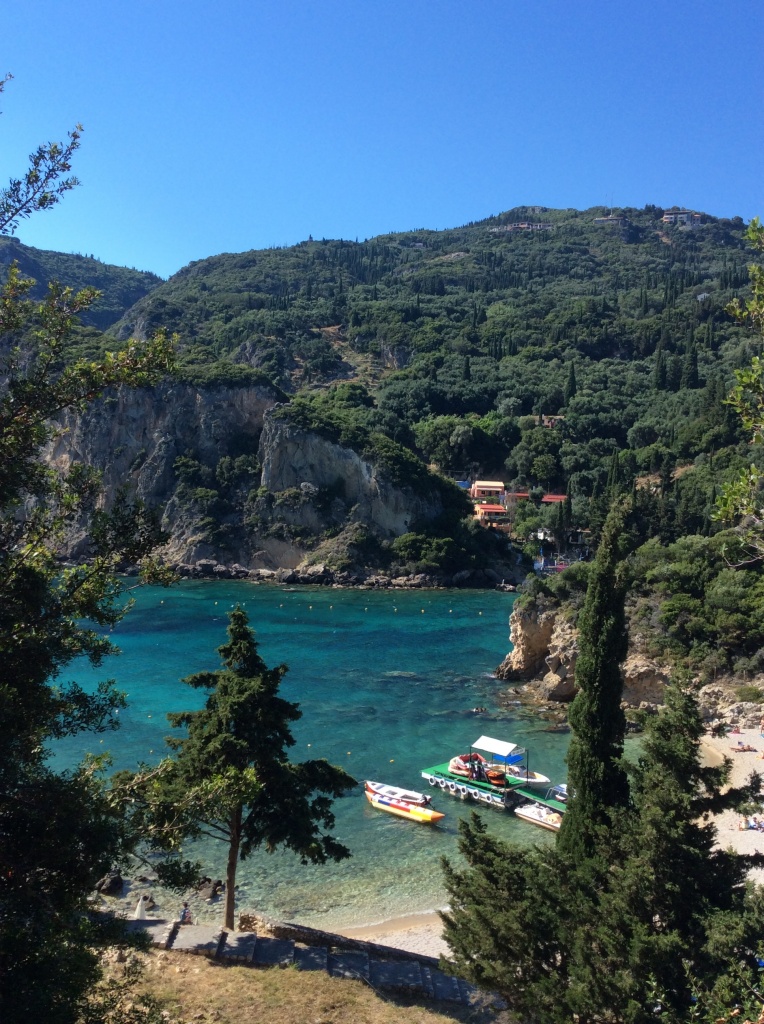 While travelling around Corfu you can make many discoveries and see amazing sightseeing attractions. I will name only those that made the greatest impression on me - these are rocky bays in Sidari cut by waves, one of the bays is the romantic Channel of Love (known as Canal d’ Amour); the remains of a Roman fortress and the cozy Kassiopi beaches; the Angelokastro (Castle of the Angel); and finally, the Achilleion palace and park built by Elizabeth, Empress of Austria and Queen of Hungary (by birth - Princess of Bavaria) who was also known as Sisi.

After examining the beautiful palace and having a lunch on the terrace with a breath-taking panorama of the coast and taking a walk in the park, the visitors can see the sculpture of a wounded Achilles. This image has a special meaning here. But I unwillingly had another perception of it: the harmony of the Island is amazing, it cannot leave anyone unmoved and it inspires philosophical thoughts about the frailty of life and the power of beauty.