Vikings, Indians and samurai at the festival of historical reconstruction in St. Petersburg 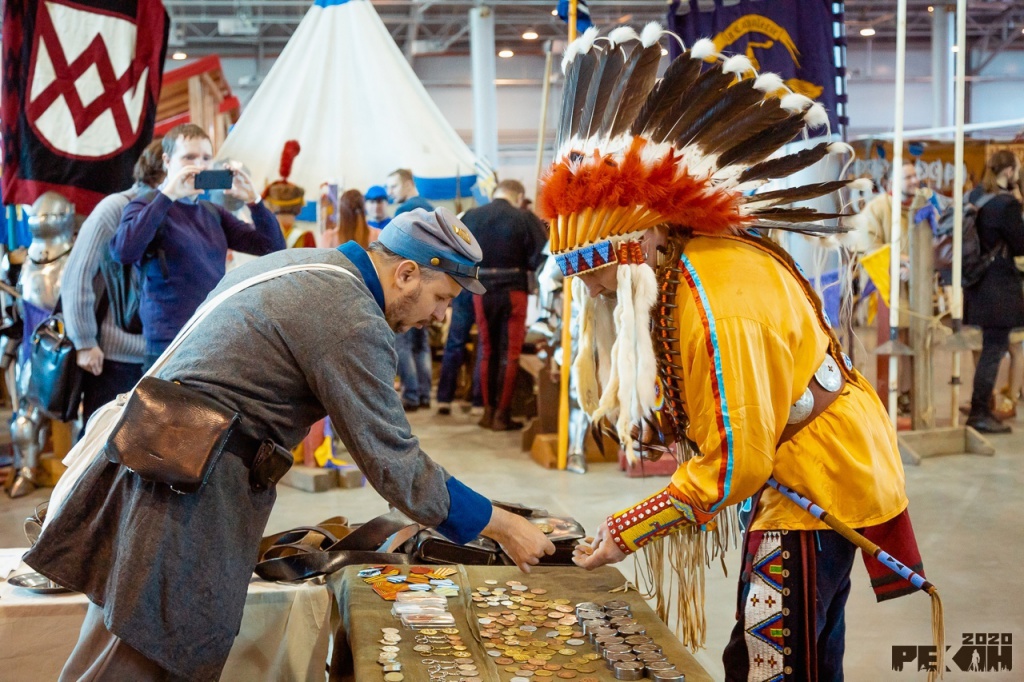 The annual international festival of the military-historical movement "RECON" will be held on October 23-24 at the ExpoForum convention and exhibition center in the city on the Neva.

“Clubs of reenactors will present their exhibits in exhibition halls in the form of a field camp - they will demonstrate the eras from antiquity to the 20th century. Guests will be able to see the world of military-historical reconstruction from the Vikings and warriors of the times of Alexander Nevsky to the Indians and samurai, ”the national tourism portal of Rostourism Russia.travel reports.

The program includes traditional tournaments in the sphere of the military-historical movement - knightly duels of the 15th century, medieval combat, European martial arts, sports sword, knife fighting and much more.

"There is a historical fair with unique goods, interactive contests and sweepstakes, medieval musicians and clowns, dancers and artisans - everything for a weekend in a historical style," the organizers of the festival, the Valor of Ages team, report on their website.

Julia Chuchalova
# Russia
More
10-27-2021
Paris Metro abandons traditional tickets
Since October 15, the usual "books" of 10 travel tickets for residents of the French capital have been disappearing in the ticket offices of the Paris metro
10-26-2021
Cape Town’s Table Mountain named Africa’s leading tourist attraction
The iconic Table Mountain in South Africa has been named Africa's leading tourist attraction by the World Travel Awards
10-26-2021
The first glamping was opened in the Smolensk region
The «Ruchyi» glamping, the first in the region, appeared in the Smolenskoe Poozerie National Park on the shores of Lake Rytoye
10-26-2021
Tourism in Greece is on the rise
The number of arrivals of foreign tourists to Greece in the first eight months of this year increased by almost 80% compared to the same period in 2020
10-26-2021
Survey: China showing remarkable consumer confidence for travel restart
A survey was carried out by independent market intelligence firm AudienceNet on behalf of Cirium
10-25-2021
New coronavirus restrictions were launched in the Krasnodar Territory
The decree was signed by the head of the region, Veniamin Kondratyev
Exclusive
Electric transport in Russia
﻿Vadim Petrov, Member of the Ecological Chamber of Russia, shares his vision of the prospects for the non-polluting transport development in the country
Expert Reports
﻿Returning to Egypt
The cost of tours to the Red Sea is not yet as cheap as we would expect