The ski area will be expanded in the mountains of Sochi 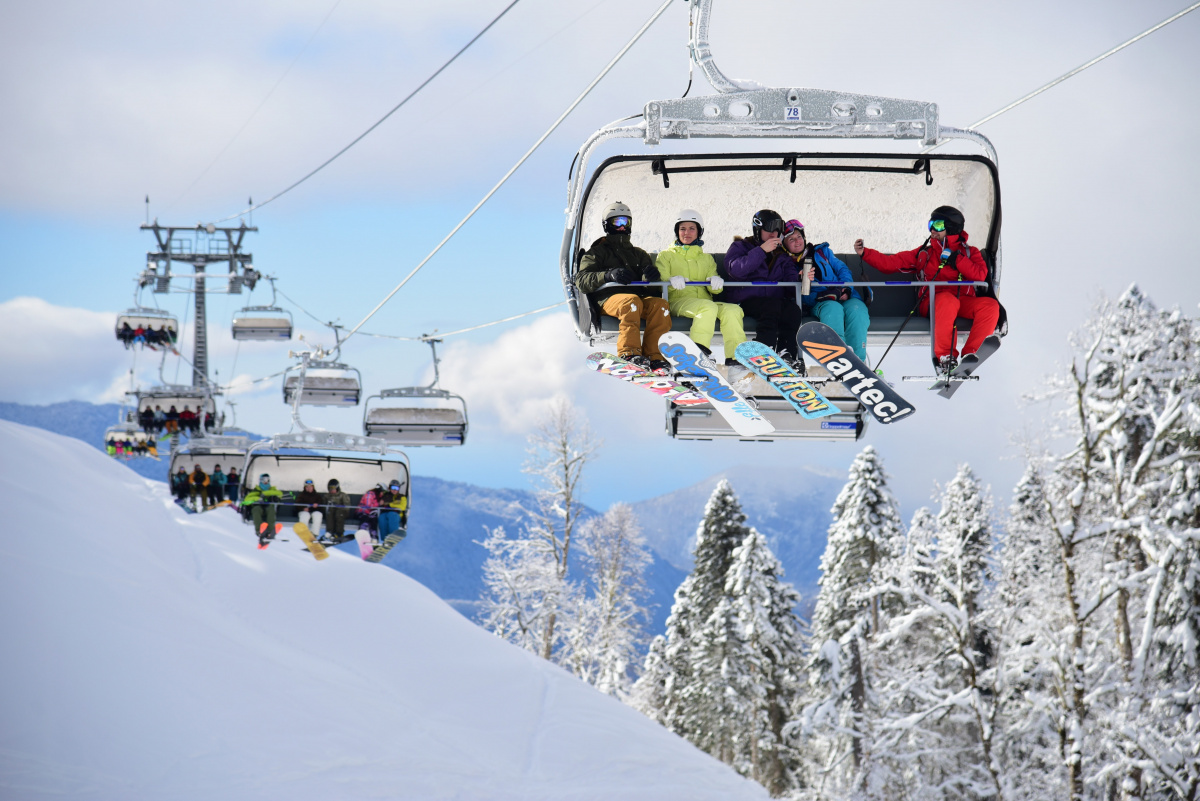 The resort will expand the ski area on the most popular and picturesque South Slope by another 2.6 km. This will happen on the section from the intersection of the Yavor-2 and Primula highways with the Azalea highway. Such an opportunity will be provided by laying a new track and installing another lift. This will be a conveyor belt with a gallery, the so-called "Magic Carpet", which will be launched accordingly in the coming winter season. Its length will be 150 running meters, the manufacturer is LST (France-Italy). A new comfortable track of medium difficulty will pass along a local ridge at an altitude of more than 1970 meters above sea level. It also has excellent species characteristics.

In addition, in the area of ​​the upper station of the new belt lift on the Yuzhny Elephant, another cell tower will be installed, on which 4 cellular operators will place their equipment. This is the next stage of work associated with increasing the coverage area of ​​the resort and obtaining a stable signal. Good communication in the mountains is an important factor for the safety of resort guests.The resort continues to improve its skiing infrastructure by expanding some trails to provide additional safety for riders. In the new season, the Triton, Gorizont and Yavor tracks will become more comfortable for skiing. In order to increase the level of comfort, Rosa Khutor will have a new transfer hub between the Volchya Skala, Caucasian Express and Zapovedny Les ropeways. Due to the dismantling of the tunnel, a large open area appeared in this section, which will make this transport connection more convenient.

Today, Rosa Khutor has the largest ski area in Russia - 102 kilometers (in total, excluding the new one, 49 tracks, of which 9 are green, 16 are blue, 16 are red and 8 are black). 68% of the slopes are located above 1500 meters above sea level. The resort has the largest artificial snowmaking system in Europe, which includes two artificial lakes, 404 snow generators, including 382 stationary and 22 mobile. There are 30 modern lifts in operation.

Since 2013, Rosa Khutor has been recognized as the best ski resort in Russia according to the prestigious international World Ski Awards. This year, the resort was awarded the Travelers' Choice from TripAdvisor, making it one of the world's top attractions.

Igor Sizov
# Russia
More
09-23-2021
Bridge in the hands of God
Vietnam, the country in Southwest Asia, is home to natural wonders… one of them is the famous Golden Bridge
09-23-2021
Beaches in Martinique reopened
The authorities of Martinique, an overseas department of France in the Caribbean Sea, allowed visiting the beaches
09-22-2021
Indian State Kerala announces comprehensive Caravan Tourism policy
The Caravan Tourism in India aims to attract the set of tourists who would like to explore destinations with their Caravans
09-22-2021
Giant shark maternity hospital discovered off the coast of Israel
A previously unknown grand deep-sea shark nursery filled with hundreds of young and many shark eggs has been discovered by scientists off the coast of Israel near Tel Aviv
09-22-2021
An additional train will connect Rostov and the Rosa Khutor mountain resort in Sochi
It will run during the holidays in November
09-22-2021
The EU issued more than 400 million COVID certificates
Since June of this year, more than 420 million European electronic coronavirus certificates have been issued in the European Union
Exclusive
Dagestan Reserve: Welcome to the realm of the “four elements”!
Kurban Kuniev, Director of the Dagestan Reserve, told about the peculiarities of each of the protected ecological oases
Expert Reports
Global warming is possible in the near future
Climate change is a problem that can only be resolved by concerted efforts