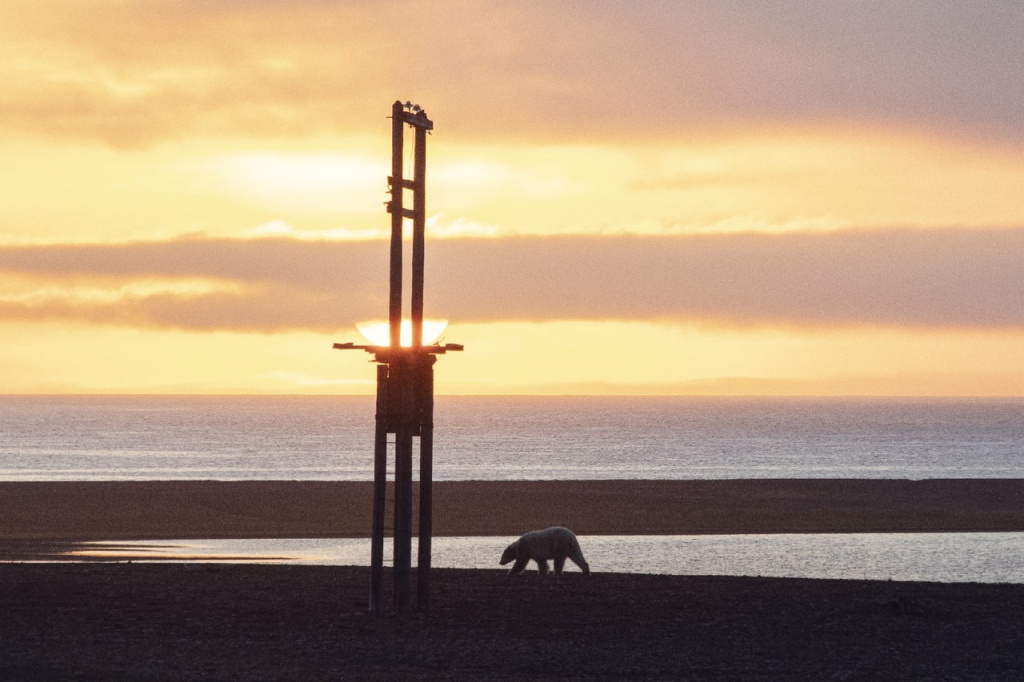 Source: Ministry of Natural Resources of the Russian Federation

The Russian Arctic National Park, Arkhangelsk Region, has launched a series of patriotic projects on the eve of the 76th anniversary of Victory Day, said the Ministry of Natural Resources of the Russian Federation.

“In the Russian Arctic National Park, special attention has always been paid to the patriotic education of the younger generation. Our employees have done a great job of studying archival materials about military operations in the Arctic. Description of the historical and cultural heritage of the Second World War in protected areas and the preservation of cultural heritage sites of the war years on Novaya Zemlya and Franz Josef Land are one of the priority directions in launching the scientific activities of the organization,” said Alexander Kirilov, director of the Russian Arctic National Park.

In 2020 an ecological path was laid to the places of hostilities on Cape Zhelaniya.

In 2021 the national park plans to install information boards for visitors that will tell about the history of the attack on the peaceful polar station Cape Zhelaniya by a German submarine and its heroic defense.

Victoria Quiri
# Russia
More
05-14-2021
Expo 2020 to unveil a renewed future for global tourism in October
The successful face-to-face gathering of more than 370 delegates ahead of Expo 2020’s opening in October shows the next World Expo is set to become one of Dubai’s greatest success stories
05-14-2021
SA low-cost airline Mango suspends Zanzibar flights
South Africa's low-cost airline Mango has temporarily suspended its flights to Zanzibar, which is located 15 miles off the coast of Tanzania
05-13-2021
The Rosa Khutor resort in Sochi became the leader in the implementation of the all-Russian Dream League program
The Rosa Khutor resort in Sochi has become a leader in the implementation of the all-Russian program of therapeutic sports for children with special health capabilities, the League of Dreams
05-13-2021
Rostourism and ARCHIWOOD announced a special prize for the best hotel made of wood
The best country hotel made of wood in Russia will be chosen by the jury for a new award established by the Federal Agency for Tourism (Rostourism) and the All-Russian Architectural Award ARCHIWOOD
05-13-2021
SA court orders temporary halt in processing of tourism equity fund
A court in South Africa has ordered tourism minister Mmamoloko Kubayi-Ngubane to temporarily halt processing and making payments from the Tourism Equity Fund (TEF) until the matter is finalised
05-13-2021
Maharashtra Tourism & Agri-Tourism India to host two-day Int’l Agri-Tourism Conference on May 16
Maharashtra Tourism, a pioneering state in Agri-Tourism in India, will be celebrating the World Agri-Tourism Day on May 16 by hosting a two-day virtual international Agri-Tourism conference in association with Agri-Tourism India
Exclusive
Bird paradise in holy places
Birdwatching in the Nizhne-Svirsky Nature Reserve near St. Petersburg
Expert Reports
Thailand pulls all stops to contain new wave of COVID-19 infections
The latest restrictions will likely be in place for two weeks