Sochi is getting ready for tourist season 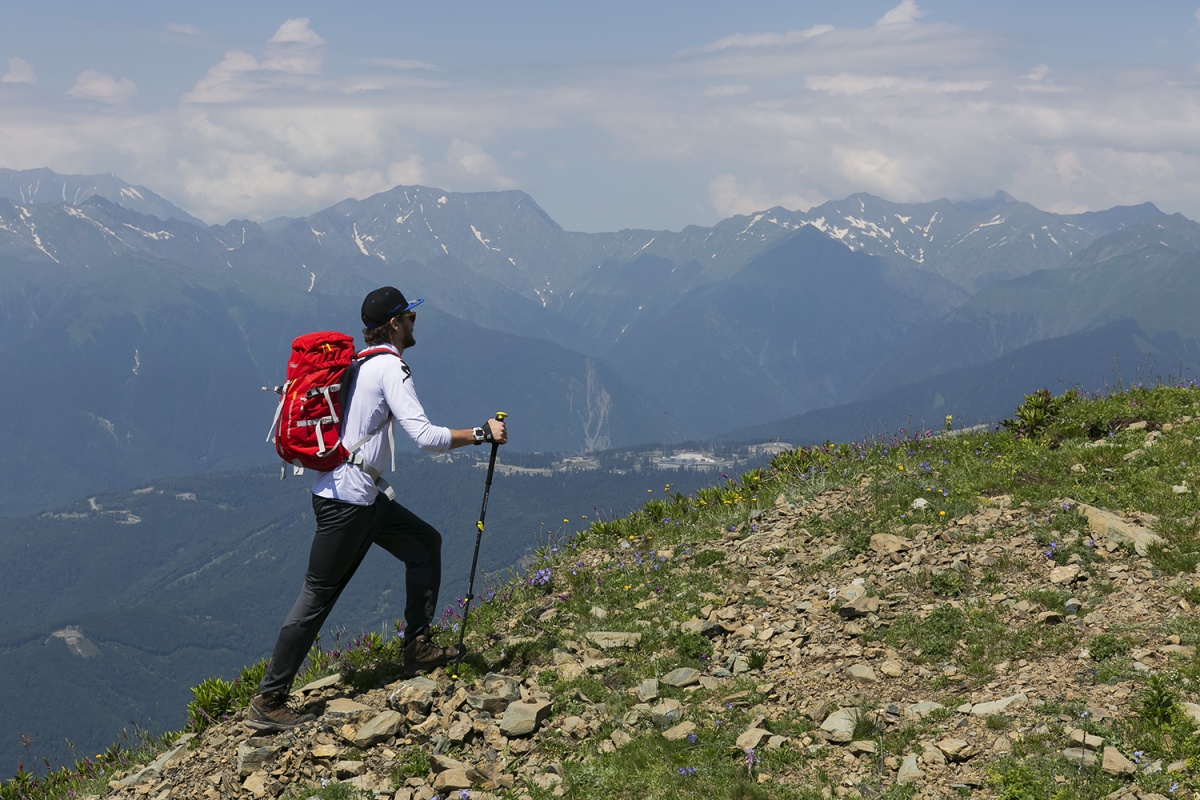 More than 100 kilometers of hiking trails are being prepared for the summer season in the mountains of Sochi.

The new routes will appear at the Rosa Khutor resort.

Last year, 80 kilometers of trails were available at Rosa Khutor, the creation of 11 more routes of different difficulty was underway. In the upcoming summer season, which is scheduled for May 1, the resort, together with the Sochi National Park, will open two more routes - "Shepherd's Trails to the Greek Bridge" and "Nahazo". Thus, more than 100 kilometers of hiking trails and 13 routes in the mountains will be available for hiking.

«We are creating an extensive network of hiking trails that will allow tourists to make an exciting and safe trip to the mountains to explore the unique beauty of the Western Caucasus. I would very much like to revive the once very popular tourist attraction in our country, but in a new, more comfortable mode. It is important for us to develop a culture of summer recreation in the mountains, to show that it is much more interesting to spend time here than on the beach,” said Olga Padeyskaya, head of the Rosa Khutor active recreation and tourism department.

The walking and educational route "Shepherd's paths to the Greek Bridge" starts from the Rosa Khutor Valley, ascends by cable cars to Rosa Peak, the route lies along the shepherd's paths of the southern Aibgi ridge, descends into the valley of the Mzymta River, to the village of Krasnaya Polyana. Its length is 22 kilometers, which takes about 10-12 hours during daylight hours. The route passes through humid subtropical, deciduous, mixed and coniferous forests.

Following the paths the tourists may access subalpine, and then alpine meadows, extending to eternal snow. They will pass along several bodies of water, including the Goluboy stream as well as the peaks of the Aibga ridge, about 2500 meters high. In addition to forest diversity tourists can observe such shrubs as mountain ash, bird cherry, blueberry, rhododendron.

The Nahazo route runs from the upper station of the Caucasian Express cable car (Rose Peak, 2320 meters above sea level) along the Yavor ski trail to the lower station of the Crocus lift and then traverses the Aibga ridge. The length of this route is about 8 kilometers (6 hours). On the way, tourists also have wonderful mountain panoramas.

Igor Sizov
# Sochi,Russia
More
05-14-2021
Expo 2020 to unveil a renewed future for global tourism in October
The successful face-to-face gathering of more than 370 delegates ahead of Expo 2020’s opening in October shows the next World Expo is set to become one of Dubai’s greatest success stories
05-14-2021
SA low-cost airline Mango suspends Zanzibar flights
South Africa's low-cost airline Mango has temporarily suspended its flights to Zanzibar, which is located 15 miles off the coast of Tanzania
05-13-2021
The Rosa Khutor resort in Sochi became the leader in the implementation of the all-Russian Dream League program
The Rosa Khutor resort in Sochi has become a leader in the implementation of the all-Russian program of therapeutic sports for children with special health capabilities, the League of Dreams
05-13-2021
Rostourism and ARCHIWOOD announced a special prize for the best hotel made of wood
The best country hotel made of wood in Russia will be chosen by the jury for a new award established by the Federal Agency for Tourism (Rostourism) and the All-Russian Architectural Award ARCHIWOOD
05-13-2021
SA court orders temporary halt in processing of tourism equity fund
A court in South Africa has ordered tourism minister Mmamoloko Kubayi-Ngubane to temporarily halt processing and making payments from the Tourism Equity Fund (TEF) until the matter is finalised
05-13-2021
Maharashtra Tourism & Agri-Tourism India to host two-day Int’l Agri-Tourism Conference on May 16
Maharashtra Tourism, a pioneering state in Agri-Tourism in India, will be celebrating the World Agri-Tourism Day on May 16 by hosting a two-day virtual international Agri-Tourism conference in association with Agri-Tourism India
Exclusive
Bird paradise in holy places
Birdwatching in the Nizhne-Svirsky Nature Reserve near St. Petersburg
Expert Reports
Thailand pulls all stops to contain new wave of COVID-19 infections
The latest restrictions will likely be in place for two weeks