«Eugene Onegin» in the mountains of Sochi 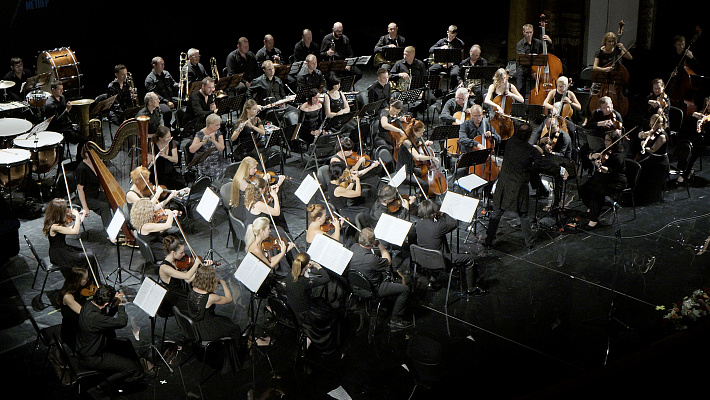 The world-famous opera by Pyotr Tchaikovsky will be performed in the concert hall of the Rosa Khutor resort on January 28. Leading Russian opera singers, soloists of the Mariinsky Theater Maria Bayankina, Ekaterina Sergeeva, Evgeny Akhmedov and Vladislav Kupriyanov will perform the title roles. They will be supported by the Sochi Symphony Orchestra.

"Opera" Eugene Onegin "will open a new musical project -" Opera Classics in Sochi ", which became possible thanks to the support of the Presidential Fund for Cultural Initiatives, the Fund for Support and Development of the Sochi Symphony Orchestra and the Russian-Chinese Fund for Cultural Exchange," said the head of the Sochi administration's culture department, Marianna Ustinova.

As part of the Opera Classics in Sochi project, seven opera evenings will be held in 2022 at various stages. In March, residents and guests of the resort will hear "La Traviata" by Giuseppe Verdi. Tannhäuser by Richard Wagner and Tosca by Giacomo Puccini are scheduled for June. In October they will give Pagliacci by Ruggero Leoncavallo and Rural Honor by Pietro Mascagni. The series of musical evenings in December will be closed by The Night Before Christmas by Nikolai Rimsky-Korsakov.

Igor Sizov
# Sochi,Russia
More
05-20-2022
Handkerchiefs have blossomed in Sochi
In the Southern Cultures park, flowers appeared on a unique davidia nvolucrata called the handkerchief tree
05-20-2022
New cruise brand to debut in Singapore on 15 June ‘22
Resorts World Cruises, a new Asian luxury and dynamic lifestyle cruise brand will have its global debut in Singapore on 15 June 2022 with the Genting Dream
05-19-2022
The popularity of gastronomic tourism is growing in Russia
Domestic tourism in Russia grew by 30 percent in 2021
05-19-2022
Roe deer have bred near the plant in the Transbaikal
This indicates a low impact of the enterprise on wildlife
05-19-2022
TAT strives to boost tourism to Thailand from the Middle East market
The Tourism Authority of Thailand (TAT) is strengthening Thailand’s presence as the preferred tourist destination among Middle East travellers to drive interest in returning to Thailand in the post-COVID-19 situation
05-18-2022
Korea to allow visa-free entrance to Jeju & Yangyang from June 1
From June 1, 2022, travellers are allowed to enter Jeju and Yangyang visa-free via international airports
Exclusive
Time to enjoy ecotourism
Recently, outstanding issues of ecotourism have received an appropriate response and things are definitely on the move
Expert Reports
Tourism industry needs resetting
Russians can reorient themselves exclusively to domestic resorts