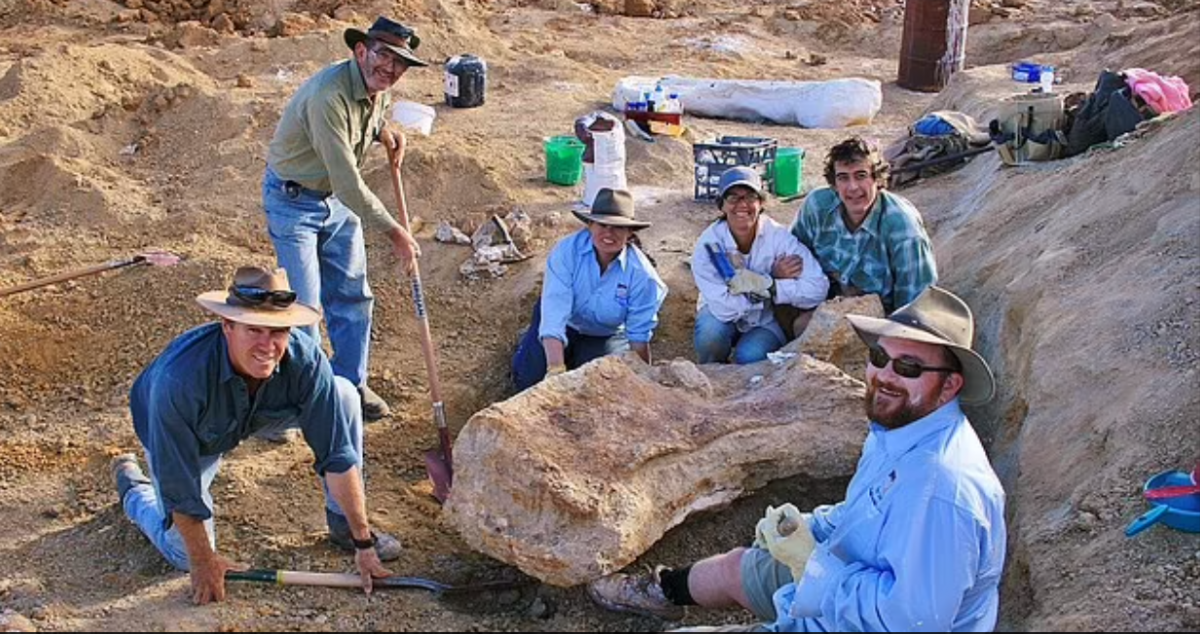 A giant 30-meter dinosaur that weighed almost 75 tons during its lifetime, discovered by paleontologists in southwestern Queensland, turned out to be a representative of a species previously unknown to science.

Experts at the Queensland Museum and Eromanga Natural History Museum described it as Australotitan cooperensis.

«To make sure Australotitan was a different species, we needed to compare its bones to the bones of other species from Queensland and globally. This was a very long and painstaking task.» said paper author and palaeontologist Scott Hocknull of the Queensland Museum.

The team of researchers used new digital technologies to 3D scan each bone of the Australotitan, and then compare them with the closest relatives of the southern titanium.

'The 3-D scans we created allowed me to carry around thousands of kilos of dinosaur bones in a 7 kilogram laptop. Better yet, we can now share these scans and knowledge online with the world,' Dr Hocknull said.

In addition to describing the Australotitan, the researchers also found other discoveries in the Eromanga area that await further study, Dr Hocknull said.

The full findings of the study were published in the journal PeerJ.

Eugenia Karmalito
# Australia
More
06-14-2021
The first nature reserve in the Russian North is 90 years old
One of the oldest reserves in Russia "Kivach" celebrated its 90th anniversary on Friday
06-11-2021
North Atlantic whales are shrinking
06-11-2021
United Airlines launches daily direct flights to Johannesburg in a boost to SA tourism
United Airlines has launched a new daily direct flight from New York/Newark Liberty International Airport and O.R. Tambo International Airport, in Johannesburg
06-11-2021
Krabi looks to capitalize on the return of travellers
Krabi is next in line, waiting to follow Phuket, to open its doors to the international travellers
06-11-2021
Tourists can get vaccinated against covid in the resorts of the Krasnodar Territory
Vaccinations with five Russian vaccines (including "Sputnik V"), two of which - "Gam-Covid-Vac" and "EpiVacCorona" - are allowed for people over 60 years old
06-11-2021
The Rosa Khutor resort in Sochi to celebrate Global Wellness Day
The World Wellness Day has been held under the slogan: “One Day Can Change Your Life” for 10 years in a row and makes everyone think about a better quality of life
Exclusive
Inna Svyatenko: The development of ecotourism requires integrated solutions
﻿The senator believes that the Russian resorts require a special system of the state regulation and support
Expert Reports
Here’s how countries around the world are reopening...
About the various countries that plan to return to normal life and reopen the borders - a list of places where and when you can go