Complex "Elbrus" will be reconstructed within the next two years 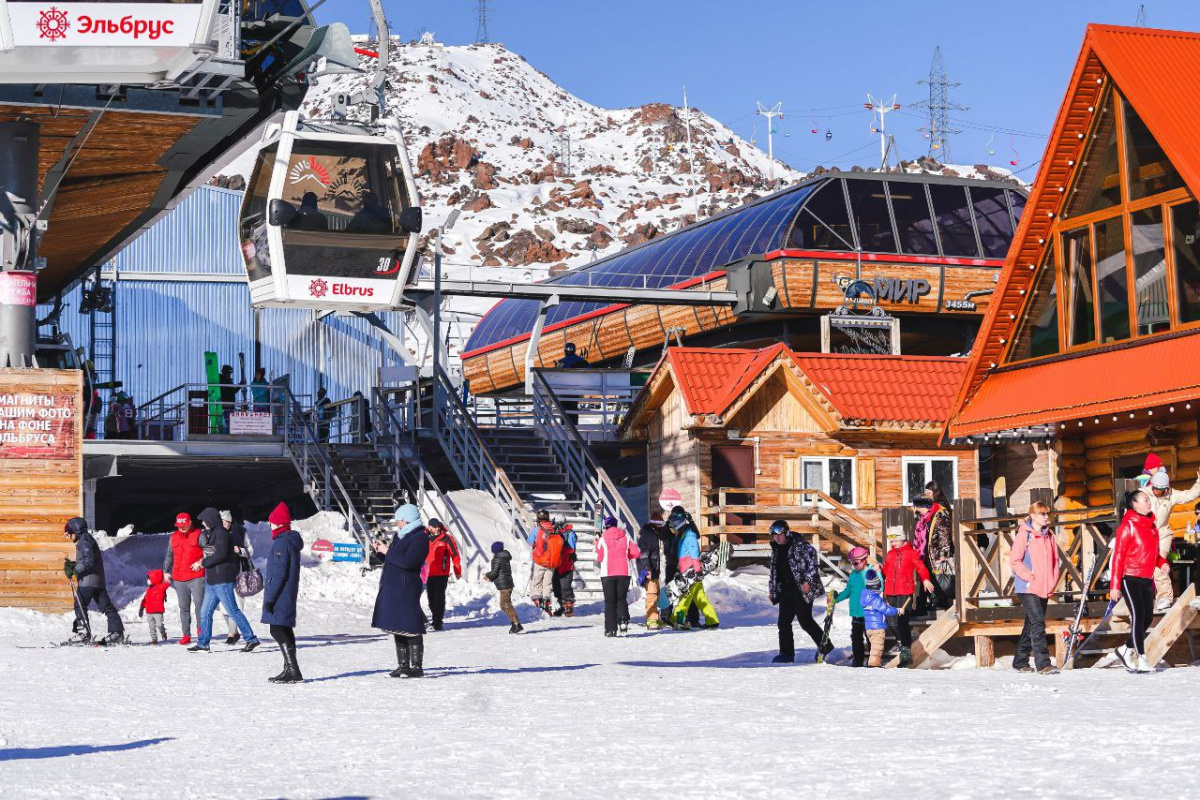 Source: https://www.ncrc.ru
Currently, for the all-season tourist and recreational complex "Elbrus", a draft plan for the territory of the entire resort area is being developed, its approval is planned for the first quarter of 2023, the website of the Kavkaz.RF company reports with reference to its CEO Hassan Timizhev.

This was discussed at a meeting on the development of the resort area of ​​the Elbrus ATRC, which was held by Deputy Minister of Economic Development Sergey Nazarov.

Proposals for potential investors were discussed with the participation of the management of the Kavkaz.RF company and relevant departments.

“It is important for residents of the special economic zone in the Elbrus region to calculate their capabilities in advance in order to comply with the construction deadlines later. In the next two years, Elbrus will become a large construction site - the Kavkaz.RF Development Institute is implementing a large-scale program to create a modern ski and related infrastructure, including engineering networks, road and retail facilities," Nazarov was quoted as saying by Kavkaz.RF ".

At the same time, the Deputy Minister noted, investors who plan to build hotels on Elbrus should implement an integrated approach to the improvement of public spaces. It is important to provide for the construction of social facilities, in particular, a children's sports school, which needs a new building, Nazarov said.

The Deputy Minister instructed to work out proposals for investors, taking into account the need for an integrated development of the territory.

The project of creating a modern ski resort and developing the territory adjacent to it in the Elbrus region has been implemented by the Kavkaz.RF single development institute since 2020. In accordance with the state program for the development of the North Caucasus Federal District, it is planned to invest about 13 billion rubles in the resort's infrastructure over the next three years, according to a message on the company's website.

Julia Chuchalova
# Russia
More
11-25-2022
Gastronomic festival "Autumn stories" will be held in the mountains of Sochi at the resort "Rosa Khutor"
From November 17 to November 30, nine restaurants of the complex will have special offers that will allow guests to taste exclusive gastronomic sets with discounts from 10 to 20%
11-25-2022
’Race the Pearl‘ in Sri Lanka concludes with the French-British domination
The fifth edition of Race the Pearl, the 24-hour race that covers the entire length of 600 kilometers of Sri Lanka from top to bottom, concluded on 6th Nov 2022 successfully with Toby Read from UK Winning with the timing of 23 hrs and 06 minutes and Frenchman Fabrice Linon coming second with timing of 23 hrs and 46 mins
11-24-2022
Walrus Day celebrated by Arctic national parks in Russia
The themed holiday takes place annually on November 24 and is established to raise awareness of the environmental issues causing the decline of this species
11-24-2022
Minks, otters and beavers will be counted in the Bashkir reserve
State inspectors will go through 12 routes
11-24-2022
Photoquest "SnegirGO" starts in Moscow on the first day of winter
Mospriroda on its website announced the launch of a large-scale contest-quest #SnegirGO, timed to coincide with World Wildlife Day, which will be celebrated on March 3
11-24-2022
About 1.5 billion rubles required for the modernization of the infrastructure in Svalbard - the RF Ministry
Russia needs about 1.5 billion rubles to modernize the communal infrastructure of the settlements of Barentsburg and Pyramid on Svalbard, the Ministry of Regional Development of the Russian Federation estimated
Exclusive
The “Gate of Baikal” is wide open for tourists and investors are welcome
Alexander Lautin, Director General of the Irkutsk Region Development Corporation speaks about promising tourism projects in the Irkutsk Region
Expert Reports
Djibouti wants to become the epicenter of green tourism
The authorities of Djibouti intend to develop the economy of this African state, with amazingly preserved biodiversity, by attracting foreign tourists