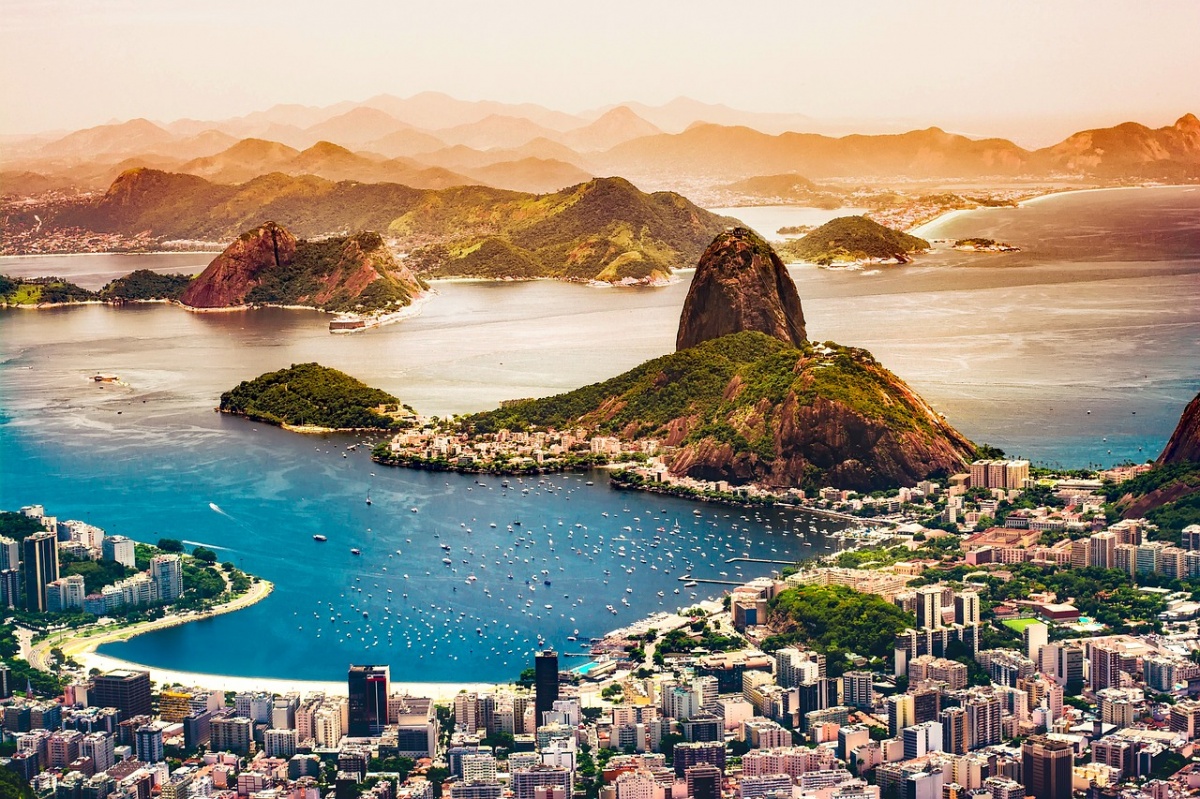 Brazil has reopened its air borders to foreign citizens. The move is aimed at restoring the country's tourism industry, devastated by the COVID-19 pandemic.

At the same time, the government decree extends for 30 days the ban on entry to Brazil of foreigners arriving in the country by land or sea.

Brazil, with a population of more than 210 million, closed its air borders to foreign travelers on March 30.

The National confederation of trade in goods, services and tourism estimates that the Brazilian tourism industry has already suffered losses of US$ 23.6 million.

According to the International Monetary Fund, the first economy in Latin America is expected to decline by 9.1% of GDP this year.

Brazil, whose citizens are banned from entering the United States and European Union countries due to the COVID-19 pandemic, this week registered 2.5 million cases of coronavirus infection and more than 90,000 deaths caused by it.

Alexander Shishlo
# Brazil
More
08-13-2020
Russian Geographical Society invites activists to a volunteer school in the Tver Region
The Youth Club of the Russian Geographical Society on the basis of the Tver branch of the Society invites people related to geography, ecology, or simply those who love nature and who want to help the reserve to an ecological volunteer school
08-12-2020
Cruises in the Mediterranean will resume from the second half of August
Italian cruise company MSC Cruisers was the first among the industry leaders to announce the resumption of navigation in the Mediterranean sea from August 15
08-12-2020
Polar bears "quarreled" in the Russian Arctic National Park
A camera trap located on Cape Zhelaniya Novaya Zemlya (Russian Arctic National Park) captured a fight between two polar bears over a prey - a dead walrus
08-12-2020
No ICA travel permit required for UAE residents landing in Abu Dhabi from August 11
Abu Dhabi International Airport has informed the airlines that UAE residents stranded abroad are not required to get mandatory ICA travel permit if they land in Abu Dhabi. The revised travel rules came into effect from August 11
08-11-2020
Expedition of the Russian Arctic National Park was a success
The expedition team of the Russian Arctic National Park, located in the Arkhangelsk Region, has successfully carried out a number of planned field and technical works in the special protected natural area
08-11-2020
Guidelines for Infrastructure and Construction in protected areas were published in Russia
The Agency for Strategic Initiatives (ASI), with the support of the Russian Ministry of Natural Resources, has created Guidelines for Infrastructure and Construction in protected areas
Exclusive
Give the local communities the opportunity to participate in hosting the tourists and the success of the eco-project will be assured
The key to a successful ecotourism destination lies in active participation of the local host community, says Partha Pratim Das, a wildlife conservationist from Assam (India)
Expert Reports
Booster-program for the development of ecotourism in Russia
An acceleration program for the development of ecotourism is being created in Russia