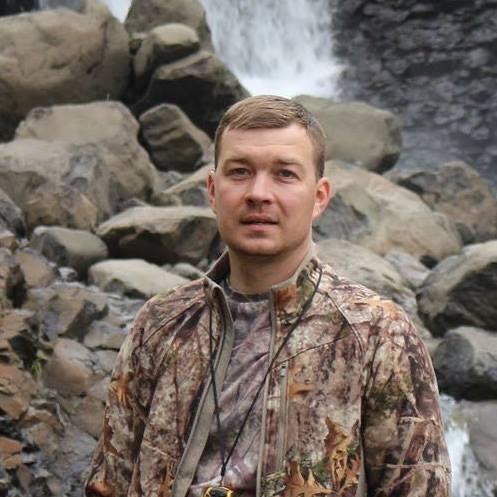 Andrey Latypov has been appointed director of the Buzuluk Bor National Park.

The corresponding order was signed by the Minister of Natural Resources and Environment of the Russian Federation Dmitry Kobylkin.

Andrey Latypov has more than 13 years of experience in government agencies and departments related to nature protection.

Andrey Latypov began his career in the protected system of Russia in 2013 in the specialized department of the Ministry of Natural Resources of Russia, where he took part in solving key issues in the field of land and forest relations, managing wildlife in protected areas, developing a network of protected areas of federal significance, including the creation of a nature reserve "Shaitan-Tau", expansion of the territory of the "Orenburgsky" reserve.

In 2015, he took the position of Deputy Director of the Federal State Budgetary Institution "Zapovedniks of the Orenburg Region", where until now he was in charge of the protection and forestry services. During this period, he organized the systematic work of the state inspectorate, the development of territories with service infrastructure, coordinated environmental activities in the Orenburgsky and Shaitan-Tau reserves.

Victoria Quiri
More
10-30-2020
Bolivian Chualluma awaits return of tourists
While Bolivia is gradually opening its borders after months of being forced to close due to the COVID-19 pandemic, residents of Chualluma, a poor area of the capital La Paz, are looking forward to the return of tourists
10-29-2020
El Nido expands travel bubble starting Oct. 30
El Nido is easing its travel restrictions to welcome more tourists starting October 30
10-29-2020
Worldwide tourist trips decreased by 70% over the past 8 months - WTO
The number of worldwide tourist trips due to the COVID-19 pandemic decreased in January-August this year by a record 70% compared to the same period in 2019
10-28-2020
A new tourist and recreational cluster may appear in the Orenburg region
“The potential for development is very serious, there is something to work with,” said Elena Panova
10-28-2020
Tourism on the Cote d'Azur experiencing the most serious crisis in its history
The tourist business on the Cote d'Azur, a Mediterranean resort in France, experienced the "most serious crisis" in its history in July and August - due to the COVID-19 pandemic  600 million euros of revenues have been lost
10-27-2020
Norilsk Nickel to contribute to the development of an ecologically advanced resort in the Murmansk Region
According to the document, by 2025 Norilsk Nickel will invest about 90 billion rubles in the development of the Murmansk region
Exclusive
It has become a popular trend among the directors of the Moscow schools to go hiking
Pavel Severinets, the director of Moscow school No. 444 with a strong focus on physics and mathematics, an experienced ecotourist and initiator of the ‘ДиректорВпоход’ (DirectorGoesHiking) programme, talks about the convergence in the environmental education, why the school’s flag appeared at the North Pole, how to teach ecology to children, and why he was invited to the Rosa Khutor tourist cluster by the ecotourism professionals