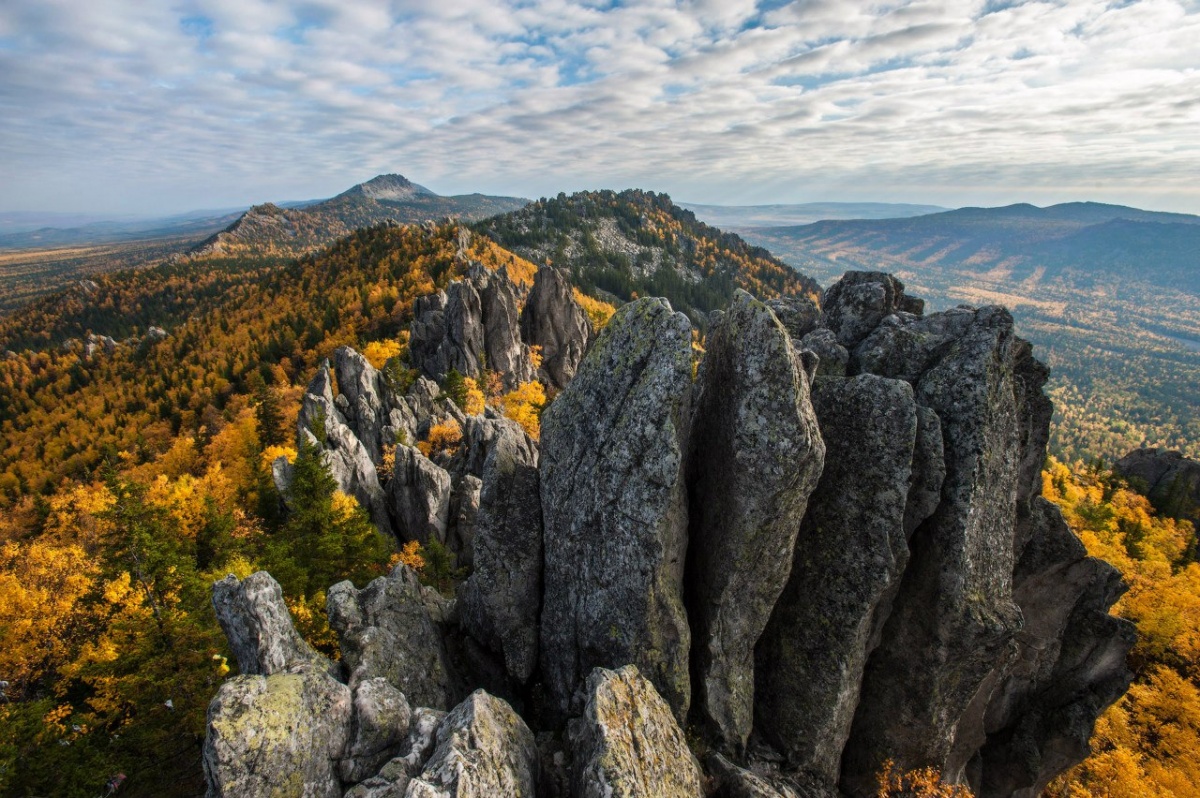 The national park “Taganay”, located in the Chelyabinsk Region, was visited by 24 thousand tourists in July, which is 4.5 thousand more than last year.

The most frequent guests of the special protected natural area are the residents of the nearest metropolis - Chelyabinsk with than 6 thousand tourists visiting the park.

In July, residents of other regions of the Russian Federation also admired the Taganai landscapes: Crimea, Krasnodar Territory and Krasnoyarsk, regions of Central Russia.

The annual increase in the attendance of the national park is 10-15%.

This year, the national park enjoyed particular success due to the development of domestic tourism and the closure of international traffic.

The development of infrastructure in the Taganai National Park is carried out within the framework of the federal project “Conservation of biological diversity and development of ecotourism” of the national project “Ecology”.

As part of the federal project the municipalities built service centers in two tourist areas of the protected zones, a new trail to the Bolshaya Kamennaya River is being built, an ecological tourist center "Here Europe meets Asia" is being built in the Semibratka tract, a ladder is being erected to the top of the Dvukhlava Hill.

Victoria Quiri
# Russia
More
09-24-2020
Tourism New Zealand launches new virtual campaign in India
Tourism New Zealand virtually launched its new campaign ‘Messages from New Zealand’ in India as part of its efforts to promote the country as a preferred destination
09-24-2020
IATA requires express screening for COVID-19 for each passenger
Every air passenger should be subjected to express  screening for coronavirus infection before departure, the International Air Transport Association (IATA), which represents 290 airlines, said
09-23-2020
Yachting may become available in Russian PAs
During the round table "The Nature of the Ancient Bosporus", held as part of the All-Russian Ecological Regatta "Sails of the Bosporus", proposals were made to involve yachting in the development of safe ecological tourism in federal specially protected natural areas and the creation of interregional tour routes
09-23-2020
Cambodian government urges tourists not to skip trip
The Ministry of Tourism of Cambodia has called on international tourists not to cancel trips to Cambodia, but urged them to adhere to several dos and don’ts when arriving in the Kingdom during the Covid-19 pandemic
09-22-2020
Andrey Latypov has been appointed director of the National Park «Buzuluk Bor»
Andrey Latypov has more than 13 years of experience in government agencies and departments related to nature protection
09-22-2020
European tourism industry urged to coordinate quarantine measures at EU level
"This chaotic situation requires your direct personal involvement," says the letter to Ursula von der Leyen, signed by representatives of more than 5,000 companies in the aviation, tourism, hotel and restaurant sectors
Exclusive
Ugra National Park: Bison behind the Great Wall of Russia
﻿Director of the National Park Viktor Grishenkov spoke about reserved lands, rare animals and cultural and historical landmarks
Expert Reports
US issues new travel warning for China, Hong Kong
The USA, on 15 September 2020, issued a sweeping new advisory warning against travel to mainland China and Hong Kong, citing the risk of ‘arbitrary detention’ and ‘arbitrary enforcement of local laws’