539 thousand tourists visited the Caucasian reserve over the past year 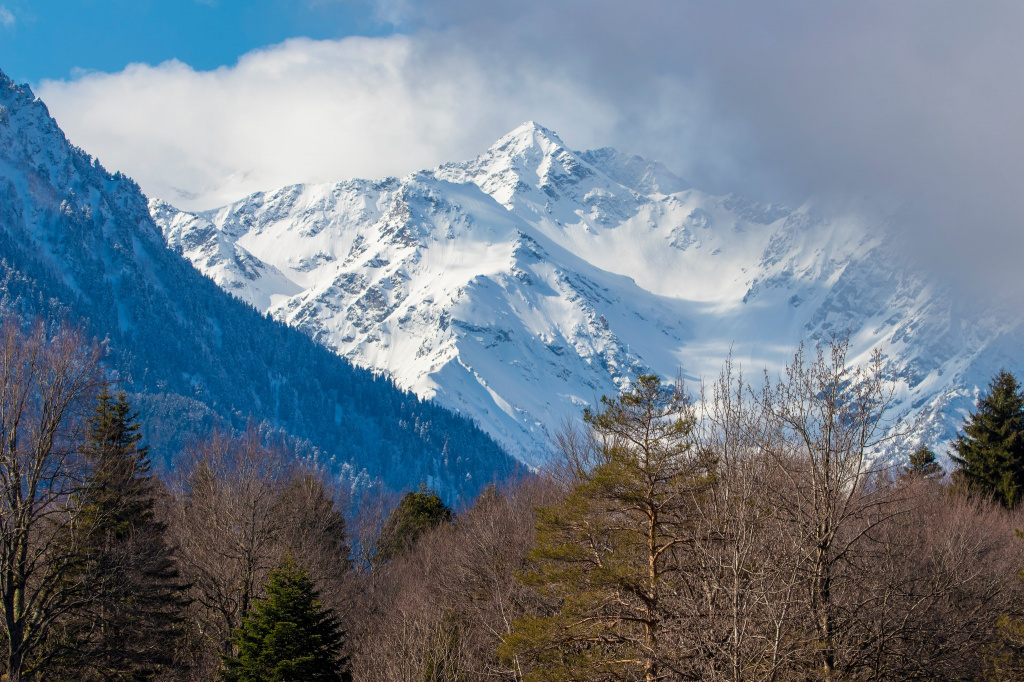 The Caucasian Reserve summed up the results of its activities in 2021. Last year, the flow of tourists to the reserve increased by 200 thousand people, up to 539 thousand tourists, as reported on the website of the Ministry of Natural Resources of the Russian Federation.

To do this, it is necessary to revise the approach to organizing conditions for tourists, to invest more efforts in the modernization and improvement of tourist sites, recreation sites, and recreational facilities. There is everything for this - both resources and desire. We have already worked out a single style for the construction of alpine houses in tourist camps. It is also necessary to create conditions for the caretakers - this practice - the main ones in the shelters - will be continued next year, ”- said the director of the Caucasian nature reserve Sergei Shevelev.

Tourists showed particular interest in the South Cultures dendrological park (the growth of tourists by more than 100% compared to 2020) and in the Yew-boxwood grove (more than 90% growth).

The demand for multi-day routes around the reserve turned out to be stable. In 2021, about 80 thousand people visited summer hikes on the routes of the reserve (in 2020 - 73 thousand), the ministry said.

Over the past year, a number of works have been carried out in the reserve to improve the infrastructure: a bridge appeared on the road to the Pslukh cordon in Krasnaya Polyana, a bridge across the Molchepa river to the Guzeripl cordon was repaired in Adygea.

In addition comprehensive surveys were carried out in the park "Yuzhnye Kultury" in the past year, which will continue over the course of 5 years. In 2021, the park entered the invertebrate monitoring program.

Previously obtained data on the number of rounds (2600), chamois (1300), bison (1200), red deer (1900) and bears (360) were confirmed. Since 2019, there has been a stabilization of the population of all these species, which confirms the hypothesis that they have achieved the current natural capacity of the environment.

The Caucasian Reserve (with an area of ​​over 280,000 hectares) has the status of a UNESCO World Natural Heritage Site and is the largest mountain-forest reserve in Europe.

Victoria Quiri
# Russia
More
01-24-2022
South Korea prepares to start tourism again in phased manner
The Korea Tourism Organization (KTO) Dubai branch office hosted ‘Korea Travel Night 2022’ recently at the Palazzo Versace Hotel in Dubai
01-24-2022
Guadeloupe's tourism industry in anticipation of a disastrous season
The situation in the tourism industry of this overseas department of France was called critical in the Union of Workers of the Guadeloupe Hospitality Industry
01-21-2022
Loudspeaker orchestra will perform Schnittke's music at a concert in Moscow
Oleg Nesterov's innovative multimedia project SCHNITTKE LIVE (E+U) will be presented in the DK Rassvet on January 25
01-21-2022
Tahiti Tourisme relies on domestic tourism in French Polynesia
Tahiti Tourisme announced its intention to develop domestic tourism in French Polynesia in order to compensate for financial losses in the context of a pandemic of a new coronavirus infection
01-21-2022
New equipment for forest protection will be purchased in the Kuban in 2022
Within the framework of the national project "Ecology" it is planned to buy 10 units of equipment
01-21-2022
«Eugene Onegin» in the mountains of Sochi
The world-famous opera by Pyotr Tchaikovsky will be performed in the concert hall of the Rosa Khutor resort on January 28
Exclusive
Ingushetia to become one of the most popular travel destinations
Beslan Miziev, Chairman of the Tourism Committee of the Republic of Ingushetia, talks about the tourism potential of the land of the towers
Expert Reports
Canada does not rule out a ban on optional travel to other countries
The reason - is the spread of the omicron