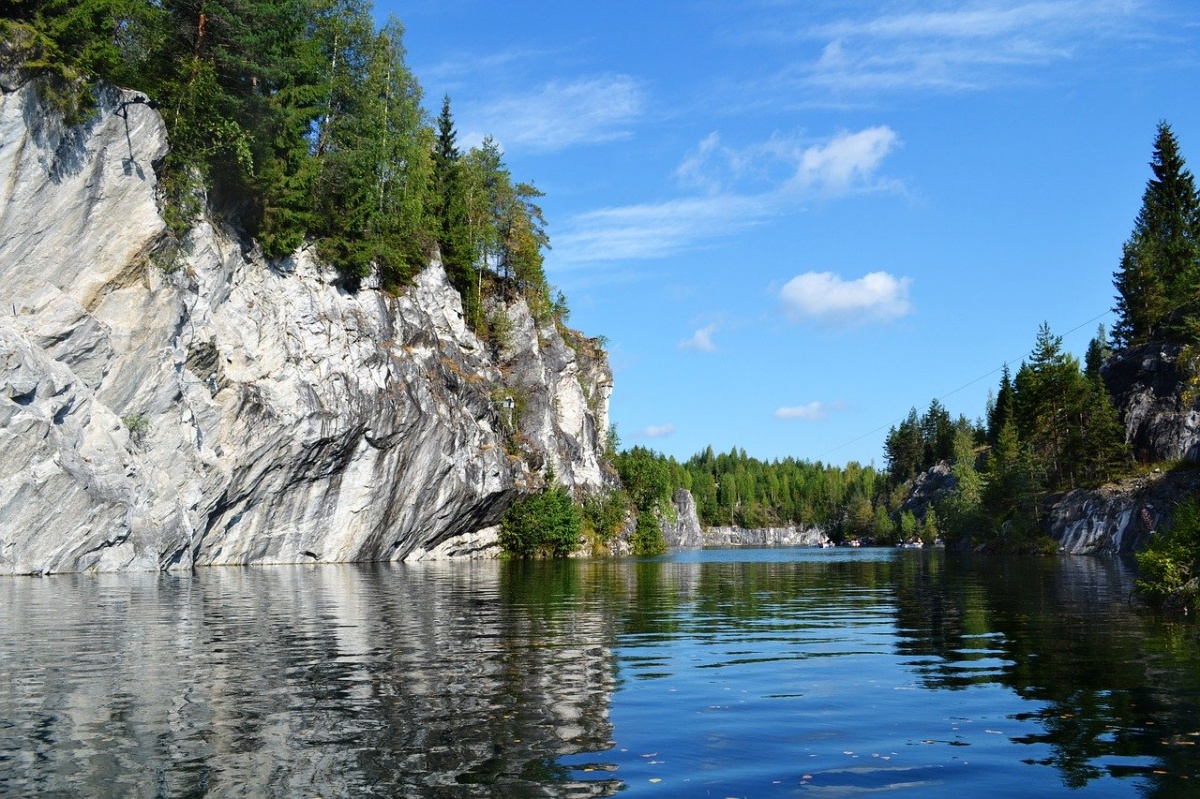 The competition commission of the All-Russian competition for the creation of tourist and recreational clusters and the development of ecotourism in Russia, chaired by Sergei Ivanov, special representative of the President of the Russian Federation for environmental protection, ecology and transport, announced 34 finalists who presented their programs.

The finalists included 30 subjects of the Russian Federation from 7 federal districts.

The  Republic of Bashkortostan. TRK "Heart of Bashkiria"

The Republic of Buryatia. "Tunkinskaya Dolina"

The Republic of Karelia. "Cluster Muromsky"

The Republic of Sakha (Yakutia)."Lena"

The Republic of Tatarstan. "Vysokogorsky"

The Republic of Khakassia. "Gornaya Khakassia"

The Primorsky Krai. "Land of the Leopard"

The Khabarovsk Region. "Whales of the Sea of ​​Okhotsk"

The Murmansk Region. "Khibiny for all"

According to the special representative of the President of the Russian Federation for environmental protection, ecology and transport Sergei Ivanov, an active struggle was waged between SPNAs to reach the final.

“Such interest in the competition at the highest level suggests that today Russia really needs to create special territories that will become centers of attraction for tourists. Our country is amazingly beautiful, so our main task is to show it and tell about natural resources both to our citizens and to the entire world community,” he said.

The Minister of Natural Resources and Environment of the Russian Federation Dmitry Kobylkin stressed the need for sustainable development of regions and the creation of infrastructure through tourism.

“The task of the competition is to develop complex solutions for the creation and development of ecological tourism clusters. They should become centers of sustainable development of the regions, where, thanks to tourists and the creation of all the necessary infrastructure, small and medium-sized businesses will develop and new jobs will appear. Therefore, when choosing projects, in addition to the quality of preparing the application, we took into account three components: tourism potential, environmental component and team interaction. I am confident that new and interesting opportunities will open up for the winners,” he said.

At the next stage, the finalists will have to take part in a specially developed Acceleration program, and then present their projects to potential investors and representatives of relevant ministries and departments. As a result of training in the Acceleration program, a “packaged product” ready for implementation will be created - economically feasible master plans for tourist and recreational clusters in protected areas and adjacent territories.

Svetlana Chupsheva, General Director of the Agency for Strategic Initiatives to Promote New Projects, also said that the competition will end on October 16, when the Competition Commission will announce 10 winning territories.

“I hope that next year the first of these clusters will be able to receive visitors,” she added.

The All-Russian competition for the creation of tourist and recreational clusters and the development of ecotourism in Russia was attended by 219 teams, which included 1,075 participants. In total, the project https://priroda.life/ registered 523 protected areas in 81 constituent entities of the Russian Federation with a total area of ​​more than 112 million hectares. However, only 115 teams from 68 constituent entities of the Russian Federation in 8 federal districts, uniting 928 people, were able to prepare a full package of documents.

The total number of natural areas within the framework of competitive applications is 231 (of which 63 SPNAs of federal significance and 168 SPNAs of regional significance). Their total area is 58 million hectares, which is almost ¼ of all protected areas in the country.

All projects submitted to the competition have passed three levels of expertise and evaluation. At the first stage, the operator of the competition, the Agency for Strategic Development "CENTER", carried out a technical examination, which included an analysis and assessment of the completeness of the information provided by the participants in the application. Then the members of the Expert Group, which included specialists in the field of architecture, economics, development of territory and facilities, financial modeling, ecology, sociology, marketing, tourism and other areas related to the development of ecological tourism in protected areas, conducted an expert online assessment and rating applications.

The resulting rating of applications was submitted for consideration to the members of the Competition Commission, which made a decision to include 3 additional applications in the finalists, thus increasing the number of regional interdisciplinary teams to participate in the Acceleration Program to 33.

The Contest Commission named the 34th finalist - the Art Park SEC "Another reality ELTON ULTRA" in the Volgograd region, which became the third according to the results of the popular vote and reached the final.Tthe projects that took 1st and 2nd places (the project "Kamskoye Ustye" from Tatarstan "Volzhskaya Riviera" is also from the Volgograd region) were highly appreciated by experts and have already reached the top.

Victoria Quiri
# Russia
More
08-13-2020
Forests of the Arkhangelsk Region may receive the status of the National Forest Heritage of Russia
A group of experts from the World Wildlife Fund (WWF) returned from an expedition to the southwestern part of the Belomoro-Kuloisky plateau (Primorsky district of the Arkhangelsk region) and confirmed the high conservation value of this area
08-13-2020
Russian Geographical Society invites activists to a volunteer school in the Tver Region
The Youth Club of the Russian Geographical Society on the basis of the Tver branch of the Society invites people related to geography, ecology, or simply those who love nature and who want to help the reserve to an ecological volunteer school
08-12-2020
Cruises in the Mediterranean will resume from the second half of August
Italian cruise company MSC Cruisers was the first among the industry leaders to announce the resumption of navigation in the Mediterranean sea from August 15
08-12-2020
Polar bears "quarreled" in the Russian Arctic National Park
A camera trap located on Cape Zhelaniya Novaya Zemlya (Russian Arctic National Park) captured a fight between two polar bears over a prey - a dead walrus
08-12-2020
No ICA travel permit required for UAE residents landing in Abu Dhabi from August 11
Abu Dhabi International Airport has informed the airlines that UAE residents stranded abroad are not required to get mandatory ICA travel permit if they land in Abu Dhabi. The revised travel rules came into effect from August 11
08-11-2020
Expedition of the Russian Arctic National Park was a success
The expedition team of the Russian Arctic National Park, located in the Arkhangelsk Region, has successfully carried out a number of planned field and technical works in the special protected natural area
Exclusive
Give the local communities the opportunity to participate in hosting the tourists and the success of the eco-project will be assured
The key to a successful ecotourism destination lies in active participation of the local host community, says Partha Pratim Das, a wildlife conservationist from Assam (India)
Expert Reports
Booster-program for the development of ecotourism in Russia
An acceleration program for the development of ecotourism is being created in Russia