Wine festivals in the Crimea becoming part of the tourism industry 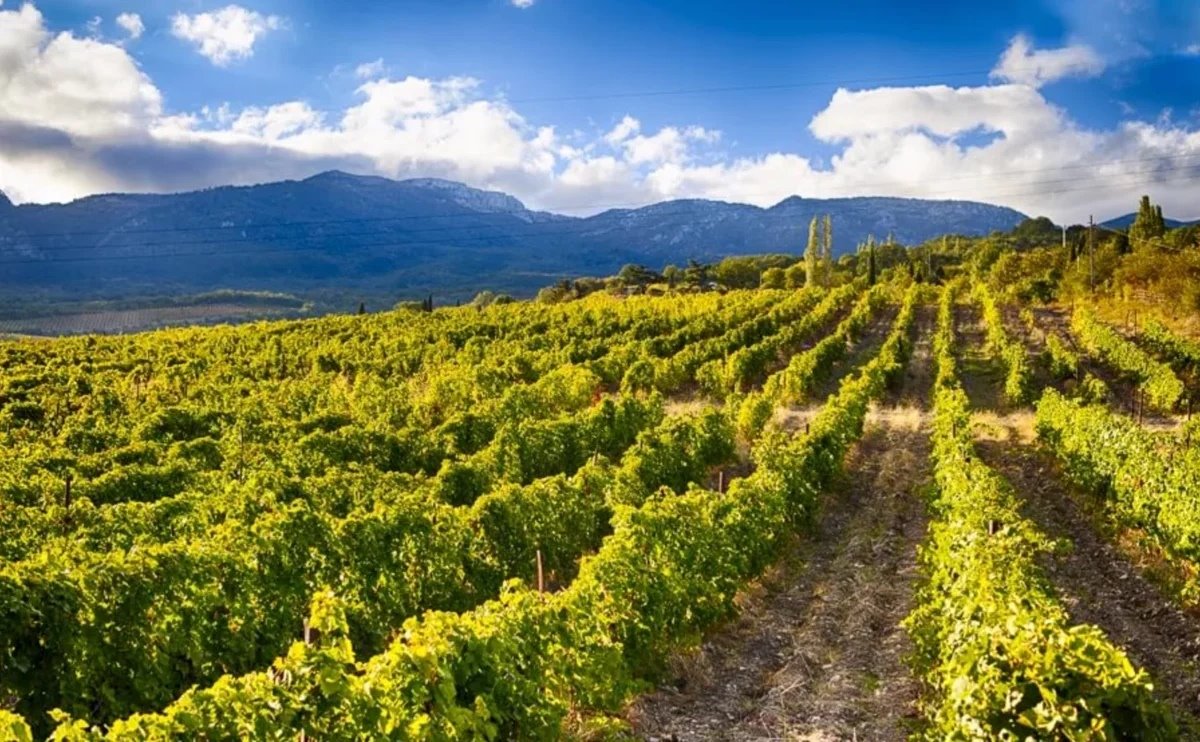 In late autumn, when it is already an off-season for swimming in the Black Sea in the Crimea, and the grapes are fully harvested in the vineyards and ready for the production of the ‘water of life’, it is the best time for lovers of food and wine tourism to ‘take a dip in the sea’ of wines and cultural pleasures of this peninsula.

The wine festivals and tours in the Crimea are becoming the anchor of the event tourism and the promotion of wines. In addition, it is a good launch for promoting start-up wineries and the products of well-established companies.

According to experts, there are already over half a million wine tourists in Russia, and a whole array of Russians who are eager to learn more about the secrets and traditions of winemaking arrive here every year to the joy of the winemakers, and these visitors encourage them to invent new feasts and festivals to allure their guests.

The food and wine ‘November Fest’ – its third edition was held this year - was worthily acknowledged as a merry celebration, iconic and highly rated in the Crimea, it hosted a record number of participants, and the products of over 30 wineries and farms the festival featured this time.

This year, its main venue was the Massandra winery in the village of the same name, just a few kilometers away from Yalta. A good choice was appreciated by the crowds of visitors who came here on their own or by municipal transport and even walked uphill to enjoy the excellent wine produced at the wineries of the peninsula.

“Over 12,000 people became the guests of the main wine and food event of this autumn on the peninsula during the open days from November 1 to 3, and many people arrived specially to take part in our November Fest,” said the Minister of Resorts and Tourism of the Republic of Crimea Vadim Volchenko. “In general, we can say that the wine and food tourism was very much in demand during our nonpeak seasons, as well as sports and hiking that we are also actively developing on the peninsula.”

4,500 people visited the first festival held in 2017, according to official figures, and even won the Russian Event Awards as the best gastronomy tourism experience in the Russian event tourism sector. Last year, over 6,000 people visited the festival, and this year their number at least doubled. The organizers had to close their online registration earlier to avoid huge crowds, which once again proves that the gastronomy and event tourism is becoming increasingly popular in Russia.

The guests of the event were invited to visit 11 wineries located on the peninsula, where free tours and tasting sessions were offered to them. First of all, everyone was able to visit the flagship Massandra winery founded 125 years ago, and which in fact became the cradle of the domestic production of the unique wines.

According to Yanina Pavlenko, Director General of the Massandra winery, the enterprise remains faithful to their traditions up to this day. “We produce the brand wines that our grandfathers, our great-grandfathers produced and, of course, those that we inherited from the great Russian winemaker Prince Lev Golitsyn who founded this enterprise,” she emphasized. “And we not only cherish the traditions, but we are also working on new brands and experimenting a lot."

The Inkerman vintage winery that will celebrate its 60th anniversary next year opened the doors to its visitors. “Today, a lot of people are interested in our products - they come, taste wines and are pleasantly surprised and try to understand the mystery of the Crimean wines,” said its Director General Larisa Shimchuk. She also noted that in 2019, the winery surprised its guests with a new wine variety from the Sevre collection (Sevastopol Region) that rightly gained immense popularity among the November Fest visitors.

Many of them also took a chance to taste the astonishing fine wine of the Novyi Svet (New World) winery of champagne wines ‘on the house’ and take an excursion devoted to the history of the Novyi Svet winery and its winemaking technologies. “We have a very rich choice of all varieties of wines - from light to liqueurs, and autumn is the best season to taste them,” says Alexey Pugachyov, CEO of the winery. “I’m sure that such events can make a holiday season significantly longer in the Crimea.”

The chefs of the best Crimean restaurants were also invited to the festival and served unique dishes specifically offered for the festival, and they taught a master class for guests in cooking the Crimean dishes. The local craftsmen gave demo lessons in the wine grisaille technique (wine painting), as well as decorating of wine bottles with flowers, making souvenirs from sea stones and other unusual art entertainments and they all were accompanied by a concert programme.

This year, in an attempt to expand the number of participants, guests, tasters, customers and to conquer new markets, the organizers tried their best. From October 17 to 31, St. Petersburg and Moscow hosted weeks of the Crimean wines as part of the festival. “It is very expensive to get into the wine list of the top restaurants in Moscow and St. Petersburg, and it is very difficult,” said Vadim Volchenko. - For the first time, we managed to organize an extensive promotion of the Republic’s wines in three dozen restaurants, including large chains, where the guests who ordered the so-called ‘Crimean set’ were served with a complimentary glass of the Crimean wine produced by the wineries participating in the project. The restaurants were very pleased with this idea – our wine was in demand," Volchenko said.

In general, according to all participants, there were a lot of emotions and plentiful wine, and the impression was positive. Based on this experience, the Crimean winemakers, with the support of the local authorities, intend to use all the new opportunities as widely as possible to attract tourists in autumn seasons.

This Saturday, on November 16, the annual Festival of the Crimean winemakers will open in Sevastopol, where, along with new products, the oldest, most famous brand wines will be presented. In particular, according to Rameta Kushkhova, Head of the wine aging department, the Vorontsov Wine Cellar that is the platform washed with sun in the Crimea, the home of the imperial Madeira, all four brands of this wine produced by the Massandra winery – Crimean, Massandra, Dessert and Sersial - will be offered here. In addition, the Massandra winery will bring other ‘pearls’ of its classic line - The Seventh Heaven of Prince Golitsyn, White Muscat of the Red Stone, and Bastardo.

“It will be tasty and interesting,” each and every winemaker says. It is noteworthy that guests are waiting with their own glasses - the entrance ticket’s price to visit the festival is equal to a brand glass’s price - 400 roubles - that any guest will keep as a souvenir.
# Tourism,Crimea