Travelling to the clickety-clack of steel wheels on polished rails 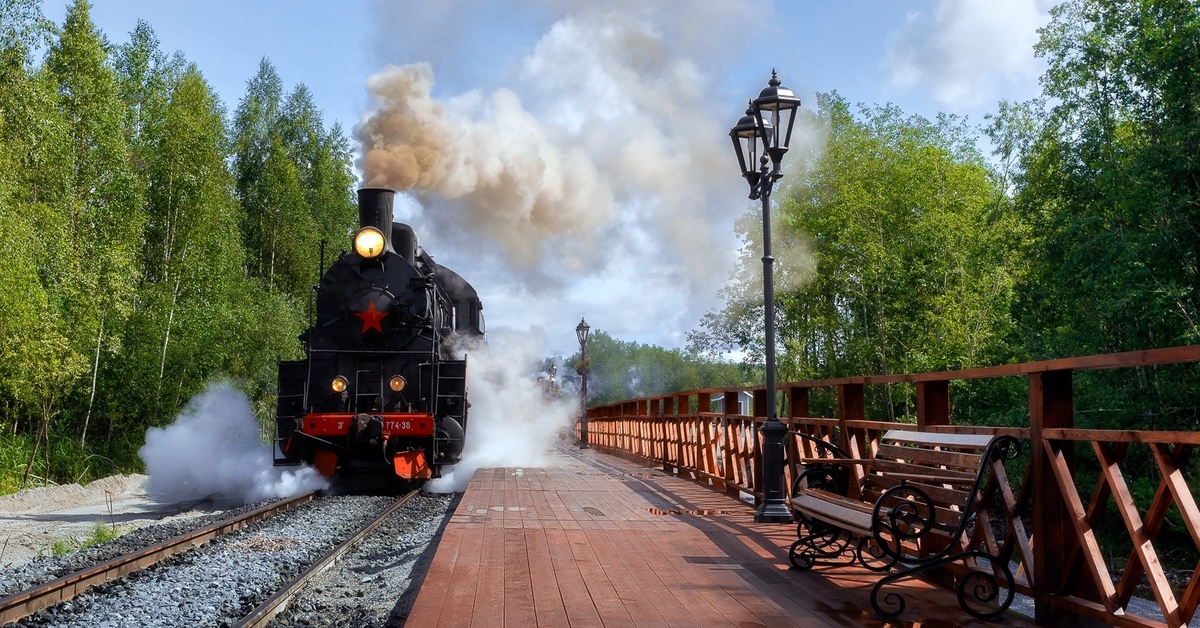 Today, the Russian airplanes carrying the tourists to their destinations may be confiscated at the airports outside Russia, that is why the expert community proposed the option of bringing vacationers to the Turkey’s resorts by trains. EcoTourism Expert has studied the pros and cons of this initiative and also suggests what other countries are where the Russians can go to from Russia by train.

The initiative was announced by a member of the Presidium of the Alliance of Travel Agencies (ATA) Alexan Mkrtchyan in the Telegram channel Roof of TourDom. According to the expert, Rostov-on-Don (Russian: Rostov-na-Donu) could be used as a departure point, and the train would go through Krasnodar, Mineralnye Vody, Makhachkala, Baku to Turkey, Izmir, and Istanbul. Well, from Istanbul, it would be possible to arrange a transfer to popular Mediterranean resorts.

According to Aleksan Mkrtchyan, the advantage of such routes is that they are relatively cheap and safe as the trains cannot be confiscated. At the same time, the expert considers the travel time (about two and a half days) to be a reasonable price of a safe trip. Moreover, “people travel by railway from Novosibirsk to Sochi or the Crimea, this is not a one-day trip, either,” he said.

It is interesting that such an initiative was approved by a fairly large number of potential travellers. So, based on the sociological survey conducted by the Telegram channel Roof of TourDom on its platform, over 4,800 people took part in it within two days. Answering the question “Will you go to the Turkey’s resorts by charter trains starting from the south of Russia, if tour operators manage to organize them?”, 32 percent of the respondents answered “Yes”, half of them are definitely in favour of this option. As for the respondents’ arguments, the most common one sounds like “There is no hope for airplanes anymore.” Another 32 percent agree to go to Turkey by train, but with one condition: the train journey should not take more than two days. Some people support the route diversification, saying that “different travel options are required”, and some like a chance to see a lot on their way to Turkey. “Great idea! The journey by train is not fast, but the views are amazing - there are stunning views to enjoy from the window” they said. Some of the respondents react to the initiative with humour, “Will there be a duty-free shop? If there is, we can travel by train.”

20 percent of the respondents find traveling to Turkey by train too tiring. Another 14 percent keep their hopes up that by the summer, the situation with international air flights will normalize, and therefore, they do not see a need to organize charter trains to the Turkish resorts. At the same time, 19 percent of the respondents consider the idea of ​​charter trains as a joke, apparently, they do not believe it is feasible.

It is interesting that a number of respondents proposed another option for delivering Russian tourists to the Turkish coast - by ferryboats from Novorossiysk to Trabzon. It will be possible to get to the Mediterranean resorts by domestic flights from Trabzon, and some vacationers may prefer the Black Sea coast of Turkey.

It is worth noting that in addition to the difficulties associated with a long journey by train, there are a number of technical issues. So, the track widths in Russia and Turkey are different. In Russia, Azerbaijan and Georgia, the track gauge is 1,520 mm, while in Turkey it is 1,435 mm. Therefore, it will be necessary either to change the train at the border and use Turkish trains, or to exchange bogies in order to move in Turkey by train.

It is worth noting that travelling abroad by train remains quite popular; from Moscow, for example, there are several very popular routes. Rather, they existed until recently.

EcoTourism Expert was told at the Russian Railways information desk that due to the coronavirus restrictions, the Moscow-Nice train with trailer cars Moscow-Brest was canceled from February 27, 2020. Trains do not run to the Czech capital - Prague, to Poland and Spain, Estonia, Latvia, Lithuania, Mongolia, and China. The train to Finland from St. Petersburg was canceled quite recently, on March 28. In fact, from the entire list of foreign countries, you can get now by train to Belarus and Abkhazia only. As for Lithuania, the train still runs to Kaliningrad, it is a branded “Yantar” (Amber), and it has no stops in Lithuania, according to the Russian Railways website.

Perhaps, the idea of ​​​​a trip to the Mediterranean resorts by train will remain an interesting but impracticable initiative.

Nevertheless, the Association of Tour Operators of Russia reassure that those who are used to go to the Mediterranean coast should not be upset or plan their vacations at the resorts of the Krasnodar Territory instead of Turkey. According to the information in the Turkish media citing their sources in the government circles, at least a total of 800,000 seats to Antalya per season can be allocated to two Russian tour operators on board the Turkish Airlines.

EcoTourism Expert contacted tour operators and found out that at the moment, there is no official confirmation of this information, so it is better to wait a bit and not book tours, and “the process of finalization and approval of all required documents is underway, which may be completed within the next weeks.”

One way or another, some tour operators already offer package tours on their websites with air travelling that can be booked from April 30. A week in a three-star all-inclusive hotel will cost from 125 thousand roubles for two persons. However, in this case, the prices remain relevant only for a very short time. The information about the prices is different. According to Turkish analysts, for example, the price for tours to Turkey can rise by 80 percent for the Russians closer to this summer, in the high season. This is explained that the lira exchange rate against the Russian rouble rose from 5.7 to 6.8 due to the sanctions, and that the transportation costs increased due to the sanctions imposed on the aviation sector.