The glacial era in the 21st century 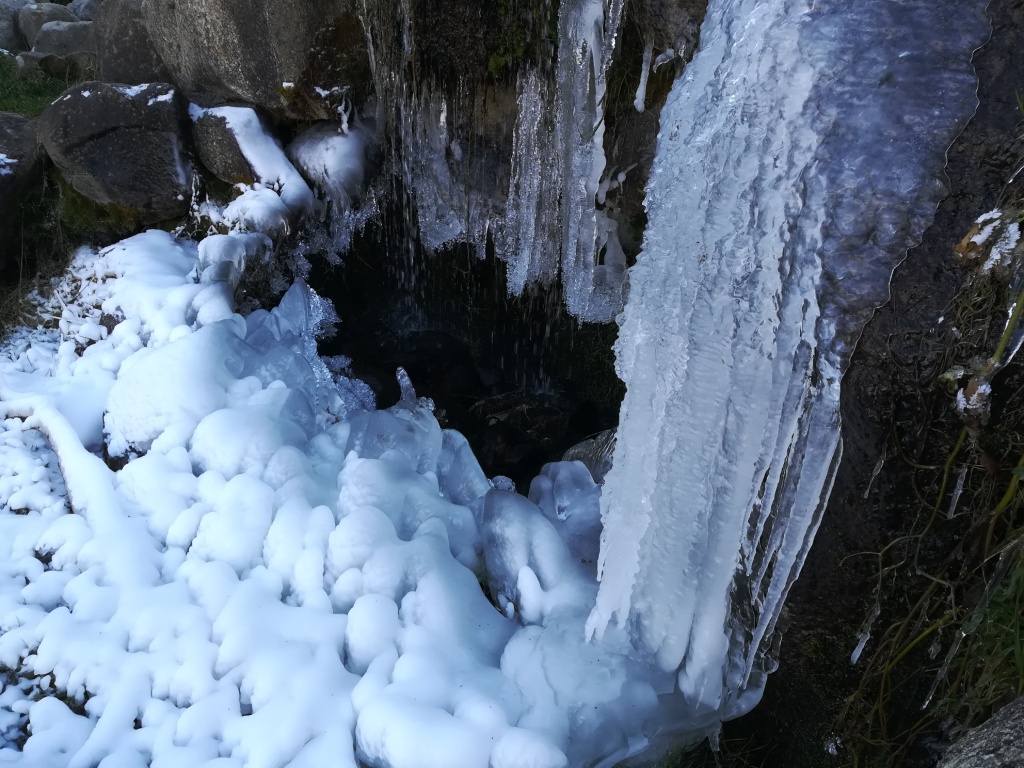 Shortly before the UN Climate Summit in Glasgow 2021, which will be held in the fall, the research by the organization’s experts on this topic was published. The preliminary conclusions sound disappointing “Climate change is widespread, rapid, and intensifying, and some trends are now irreversible.”

A recent report by the Intergovernmental Panel on Climate Change (IPCC) provides shocking evidence of an imminent climatic disaster due to rising temperatures around the world. In particular, the report also indicates that “further warming will amplify permafrost thawing, and the loss of seasonal snow cover, melting of glaciers and ice sheets...”. https://news.un.org/en/story/2021/08/1097362

Indeed, there are reports of ice loss everywhere this summer. So, in Sweden, the ice cap of Kebnekaise Peak became by 2 metres lower, reaching 2,094.6 m above sea level, which is the lowest figure for 80 years of observations by the Stockholm University’s glaciologists.

In Greenland, the National Snow and Ice Data Center (NSIDC) recorded rain on the Island’s highest glacier for the first time in 70 years. Here, at an altitude of 3,216 m above sea level, it had been raining for 9 hours and the rain brought about 7 bn tonnes of water, which, of course, contributed to the rapid ice melting.

The New Zealand’s National Institute of Water and Atmospheric Research (NIWA) is also anxious about the faster melting of the glaciers on the South Island. Over the past decades, millions of cubic metres of ice have disappeared here.

The disappearing Landbrin Glacier in Norway gave the archaeologists the access to the artifacts that are thousands of years old. As a result, even a new field of science arose - the glacial archeology.

A team of the scientists from the University of Zurich investigating the problem of thinning glaciers compared half a million images made from space. According to their findings, about 267 bn tonnes of ice have been lost in the world over the past 20 years.

However, there is a region that brings a little bit of optimism to this “ocean” of tears. It is the Balkans. Surprisingly, the number of glaciers here has even increased in recent years. On the border of Montenegro and Albania, at an altitude of 2,000 meters, an unknown glacier was discovered in 2006 in an area named the “Cursed Mountains”. The discovery belongs to Dr. Philip Hughes, Professor of Physical Geography from the University of Manchester. Three years later, during another expedition, Dr. Hughes discovered some more new glaciers in the same area. All of them are small - the largest one has an area of just over 4 hectares. They are located in shaded ravines under steep cliffs. Therefore, they are not visible on the satellite images.

Such mini-glaciers are often referred to as snowfields formed as a result of avalanches. Condensed firn fields gradually turn into ice as a result of periodic thawing and freezing.

The scientists suggest that the snowfields in the Cursed Mountains were formed during the Little Ice Age. There were probably more of them, but the warming that began in the mid-19th century has been gradually destroying these small glacier fields. According to the glaciologists, when the temperature rises by only two degrees, mini-glaciers will completely disappear from the Earth, turning into mountain water bodies. There are hundreds of such glacial lakes in the Balkans now. 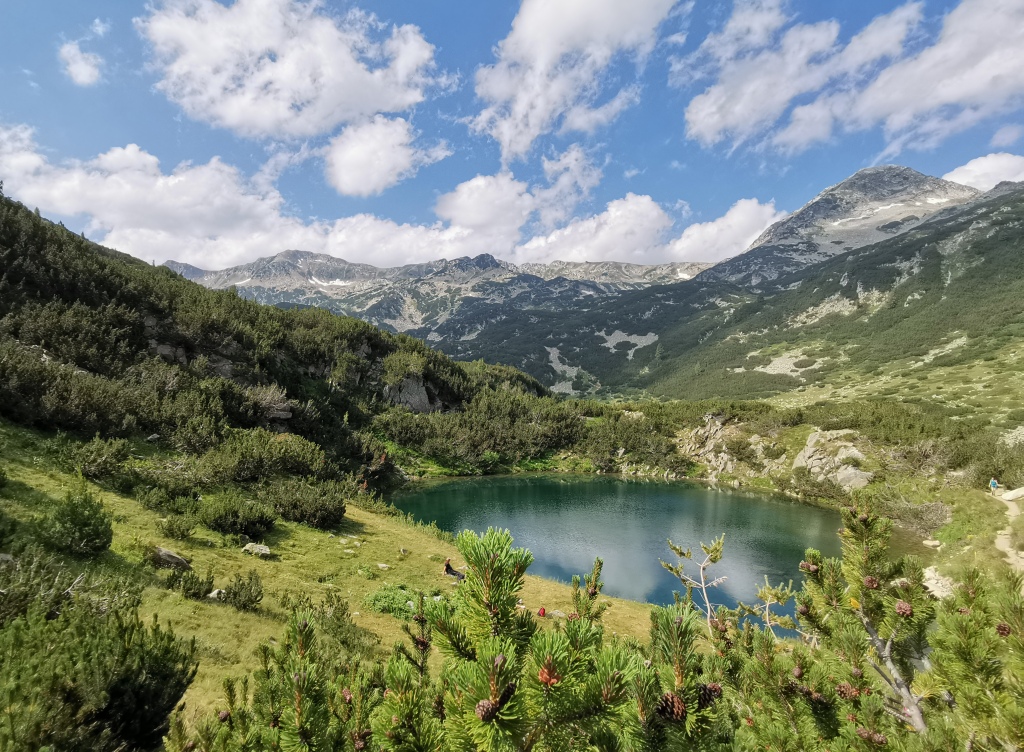 It is also the case in another Balkan region. The southernmost glacier in Europe, Snezhnika (Snow Patch), is located in the Pirin Mountains in southwestern Bulgaria. This is a mini-glacier hidden in deep ravines at the shady foot of the Vihren Mount, the highest Pirin peak. Its area fluctuates and is around 1 hectare, depending on the amount of snowfall and temperature. Therefore, it is located at the height from 2,425 to 2,480 meters. A little further north, there are 2 more glaciers, but the glaciologists are focused on the state of Snezhnika as an indicator of the climate change in Europe. 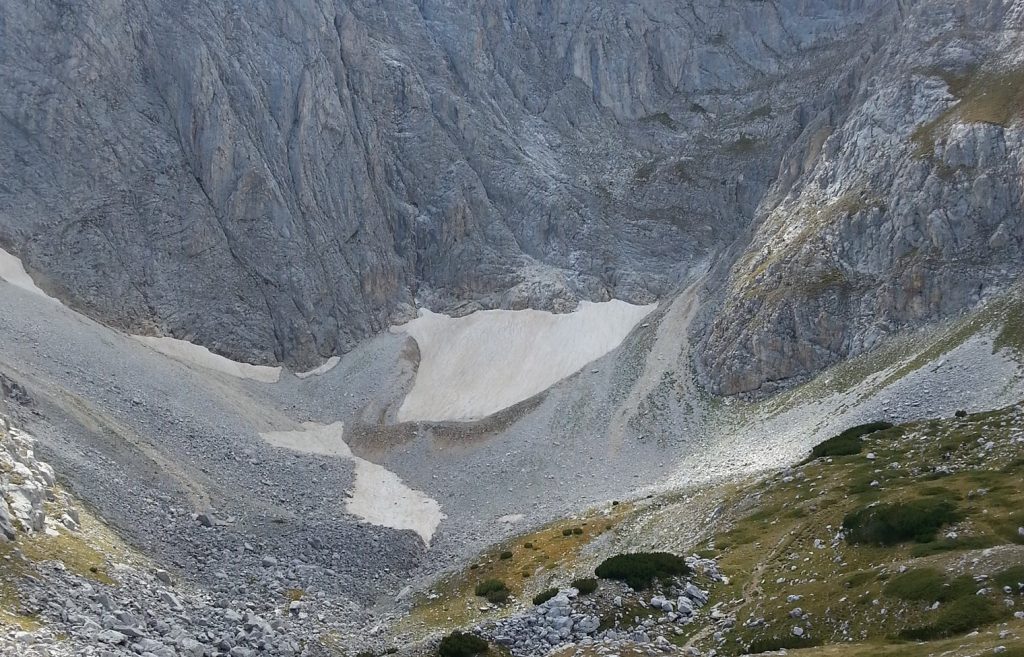 The opinions of experts about the Snezhnika’s future are mixed. The observations from the mid-20th century indicate a fairly stable state of the glacier, regardless of the average annual temperatures. Perhaps, this is due to the landscape peculiarities or the high reflectivity of the Pirin’s white marble. Based on the radiocarbon analyzes, the glacier is 500 years old. And the Snezhnika’s area remains within 0.9 - 1.0 hectares.

At the same time, the studies by the Department of Climatology of the Sofia University St. Kliment Ohridski indicate a change in the ecological state in the Pirin Mountains because due to warming, the forest border rises higher, which leads to drying out the soil, the mountain rivers becoming shallow and increased snow melting. All this predicts the possible disappearance of the mini-glaciers.

And one of the most famous researchers of the Pirin mountain system, prof. Karsten Grunewald (Leibniz Institute of Ecological Urban and Regional Development) is a specialist in assessing the human impact on the landscape ecosystems. He visited the Balkans during expeditions almost 60 times and published 2 books and many articles on the problems of the environment and landscapes in Bulgaria, and based on photographs from the 1960s and 1990s, he suggested in his thesis that Snezhnika would melt by 2015.

Fortunately, these predictions did not come true. And even more, according to the study by the Bulgarian scientists, Snezhnika retained the ability to grow as it happened after the snowy winter of 2017-2018.

But it’s too early to celebrate.

According to the UN climate change expert Irina Gorodetskaya, the transformation of the mountain glaciers as a result of warming will be observed for decades. However, if the temperature regime

stabilizes, “these processes will slow down or even stop. According to the climate models, if the global temperature stops rising, ice will return to the Arctic.” However, according to I. Gorodetskaya, the “changes in the ocean can continue for hundreds or thousands of years. At the same time, in Greenland and Antarctica, the loss of ice on the ice sheets will continue for thousands of years.”

The recent natural disasters confirm that something extraordinary is happening. “We urgently need more ambitious NDCs (nationally determined contributions),” said Patricia Espinosa, Executive Secretary of the United Nations Framework Convention on Climate Change (UNFCCC). And it’s hard to disagree with this. How the UN policy will change the course aimed at stabilizing the global environmental situation can be tracked on the UN’s official website where a new resource “Climate Newsletter” has been created specifically for this purpose: https://news.un.org/en/newsletter/climate-change