Segregate and throw away: How Sochi fights against waste 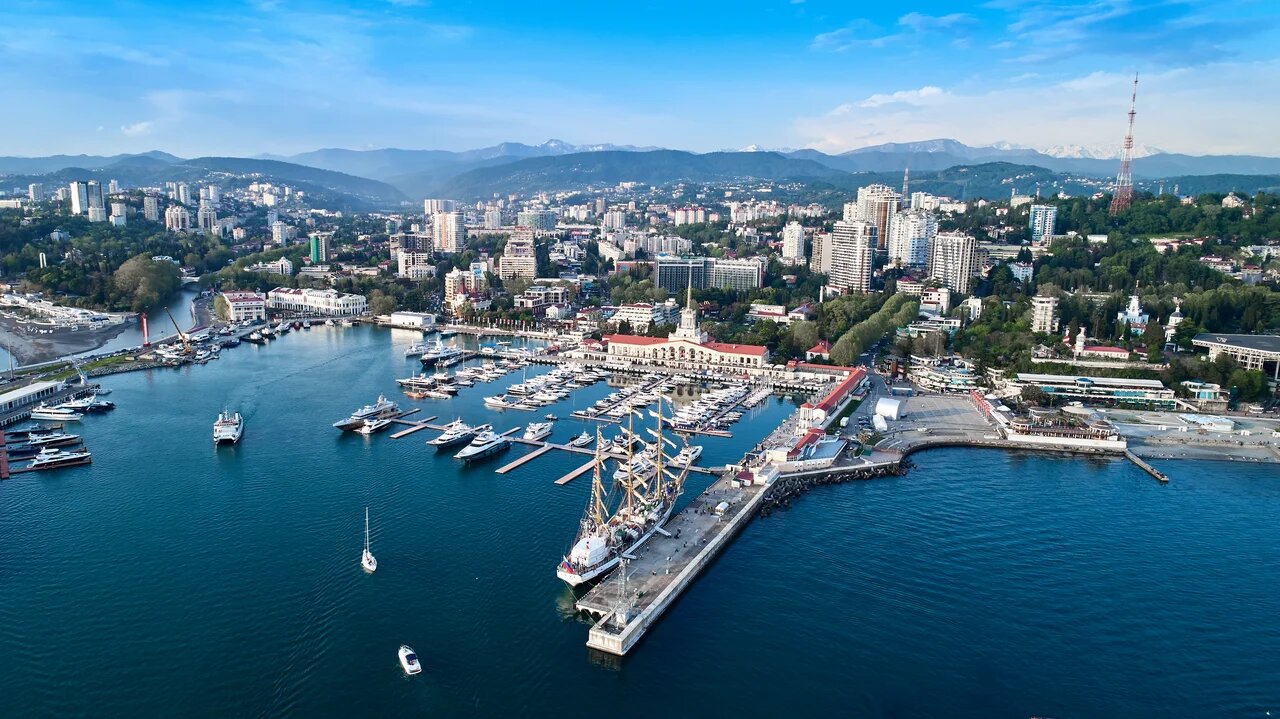 2022 has been declared the Year of Ecology in Sochi. One of the main tasks is to solve the “waste recycling” problem in the resort city. Recently, the Krasnodar Territory authorities presented a new concept for waste management. More than 2.5 million tonnes of garbage are generated annually in the Region. At the same time, the design capacity of the existing landfills is half that. Therefore, the construction of three waste recycling factories is already planned in the Krasnodar Territory. This will allow abandoning the creation of new landfills, as well as closing and recultivating the existing ones. One of these factories will appear in Sochi. The first stage of the large-scale project involves the creation of an integrated infrastructure for waste handling ensuring the introduction of separate waste collection, waste segregation, organic composting and recycling. Its implementation will begin in 2022.

Our correspondent found out whether the main Russian resort city is ready to get rid of garbage.

To understand the scale of the “waste recycling problem”, it is enough to know the basic numbers. The world population has already exceeded seven billion persons and increases by 81 million every year. Every person on Earth makes waste, on average, the inhabitants of Russia generate about 70 million tonnes of garbage annually. A century and a half ago, artificially synthesized materials appeared - plastics and others that nature can’t digest; so, they do not decompose for hundreds of years, but they are very popular and account for up to half of our “waste footprint”.

In Russia, about 95 percent of garbage ends up in landfills. A little more than four thousand official landfills are registered in the country, and much more lands are unofficial ones. Now, over 30 billion tonnes of waste produced by people and enterprises are accumulated in the country. Naturally, it is urgent to solve the waste problem. And the first steps are taken in waste recycling, including in Sochi.

The environmental agenda of the Russia’s main resort city was given a fresh look during the preparations of the city for the 2014 Winter Olympics. In Sochi, the Zero Waste programme was implemented, all garbage from the city was taken to the landfill in Belorechensk. Soon, such a scheme proved to be ineffective - with the growing tourist flow, there was much more waste, the transportation along the mountain roads to the landfill turned out to be very long, the garbage heaps at the transshipment points began to look like hills. The natural solution to the problem was to reduce the amount of waste segregation and recycling. The Alpine Ski Resort Rosa Khutor turned out to be the leader in this. Since 2016, the waste has been segregated at the complex. In 2018, it introduced its own system for collecting recyclable materials - plastics, cardboard and glass. Every day, a special truck comes to cafes, restaurants and private businesses operating at Rosa Khutor. The collected recyclables were sent to a special warehouse, where they are pressed, packaged, and then transferred for recycling.

“On average, Rosa Khutor sends over 16 tonnes of cardboard and paper, a tonne of plastics and about five tonnes of glass for recycling every month. These figures cover about 40 percent of the total waste generated,” the resort city said in its sustainability report.

It gets better and better. In 2020, the Sochi hotels introduced a system for the separate collection for different types of waste and disposal of individual protective means for the first time in Russia, and they installed special antibacterial containers for used face masks and gloves. And during the Formula 1 Russian Grand Prix, the Olympic Park was equipped with reverse vending machines for used plastic water bottles in exchange for the motorsport stars’ autographs.

One of the main sites for the implementation of this important project was the recreational site “33 Waterfalls” in the valley of the Shakhe River in the the Dzhegosh ecosite, the Lazarevsky District of Sochi, which is four kilometres away from the Adyghe village of Bolshoi Kichmai. The beauty of these places is amazing with the noise of the river, the murmuring cascade of waterfalls, the relict trees and plants and rich fauna; the places offer the saving grace of cool water and mountains on a hot day. In the area of “33 Waterfalls”, the travellers can meet Colchis toads, water lizards and some types of snakes. Basically, the Colchian relict plants of the pre-glacial period, for example, the hart’s-tongue (Phyllitis scolopendrium) grow here.

“Why was the area of “33 Waterfalls” chosen as one of the first places for the implementation of the project? This recreational facility bears a large anthropogenic load,” said the workers of the Sochi National Park. “This is one of the most popular attractions of the National Park. It is visited by at least a thousand people a day, and by up to three thousand travellers in a high season. It is a unique combination of the beauty of nature and wildlife. Walking along the trail, you can see dragonflies, butterflies, lizards, snakes and frogs. But the local workers have to clean up the garbage two to three times a day. Mostly, it is plastics like used bottles, cups and wet wipes”.

As part of an environmental project, 172 containers for recyclables were installed in the “Arboretum Park”, the park for the study of trees, and at the “33 Waterfalls” recreational site.

“These containers should be enough on these routes, moreover, a larger number of them is an additional risk that the waste will be distributed around by local animals, it is better to empty and clean the containers up more often,” explained Yulia Naberezhnaya, Head of the Section on Ecology and Environmental Management of the Sochi City Branch of the Russian Geographical Society. “By the way, about 500 Sochi residents segregate waste at home and even breed special Californian worms for this purpose - they set up compost worm farms.

As many people know, garbage is a recyclable material. For example, a fleece jacket can be made from plastic bottles. From most of what is in the landfill, it is possible to produce new things. Unfortunately, not all plastics are recyclable.

“A plastic bottle is an ideal plastic material for recycling,” Naberezhnaya continued. “It’s only necessary to remove labels and caps, which are recycled separately. In many Russian cities, including Sochi, there is a federal charity project “Good Caps”. Throughout the country, their volume is measured in tonnes. For example, wheelchairs can be made from them. But plastic plates and cups are not yet suitable for recycling in Sochi as there is no facility for their recycling in the resort city and in the Krasnodar Territory. Therefore, they go into “mixed waste” as well as the metal things.”

In Sochi, near some houses, special containers are installed for metal waste, as well as for plastics, which are then sent for recycling.

“There is a portable recycling museum in Sochi, where you can see the “history” and transformation of a plastic bottle by stages,” the expert concluded. “At first, it was oil - we show a tube with a viscous substance. After using plastic bottles, they are disposed, mechanically separated and crushed. After that, they are pressed into briquettes and turned into granules, then into chips that are used for recycling to give them a second life. For example, I have a scarf made from two plastic bottles.”

Collect and hand over

According to Yulia Naberezhnaya, as practice shows, it is not difficult for people to collect recyclables, it is difficult to hand them over later due to the lack of permanent collection centres for recyclables - recycling centres.

“Such a collection centres for recyclables should appear in each district, and it is better, as in the Soviet times, to organize collection centres for recyclables by state or with the help of entrepreneurs, but the land plots for them should have certain characteristics, which should be specified in the urban planning documentation,” she clarified. “It gives hope that the new master layout plan of Sochi will include the land plots provided for by law with the appropriate characteristics such as sanitary protection zones, SanPiNs (Sanitary Regulations and Standards), the location of neighbouring sites where it will be possible to accumulate the waste quantities that are interesting to a waste collecting firm. Now, the land use and development rules, as well as the master plan of the resort city, do not provide for such sites. If we start storing this plastic now in the quantities that are interesting for the waste collecting firm, then the firm will not take money from the National Park, but will also pay for it to the Park. With the help of the “Clean Mountains of the Sochi National Park” project, we proved that the visitors coming to recreational facilities respond positively to the innovation and dispose their segregated waste in a disciplined manner.”

Within the framework of the all-Russian movement “Separate Waste Collection”, a group of people in Sochi united a few years ago to organize an eco-taxi. The idea is that those who are going to hand over their recyclables can pick up the wastes that are in the places on their way.

2022 has been declared the Year of Ecology in Sochi. It includes more than a hundred events in all the spheres of life of the resort city. No wonder, because more than 80 percent of the city’s area is occupied by specially protected natural areas. The resort city is surrounded by the Black Sea and the Caucasus Mountains, more than 60 rivers flow in Sochi and over a hundred unique natural tourist attractions are located in the city.

“In order to preserve all this and build an environmentally friendly future, 2022 has been declared the Year of Ecology,” said Sochi Mayor Alexei Kopaygorodsky. “We understand the full burden of the responsibility for this move and the colossal work to be done. We are lucky to live in the city with unique natural resources. And we must not only take and use them, but also give, protect and multiply them.”

And also segregate and recycle the waste. As part of the Year of Ecology in Sochi, it is planned to install containers for separate waste collection, eco-sanitary modules on the tourist routes, reverse vending machine for plastics at large chain supermarkets, to phase out the use of plastic bags at municipal weekend agricultural fairs, to hold some campaigns to collect waste paper and car tires, to install the boxes for hazardous waste at the enterprises and institutions of the resort city of Sochi. We have already experience in the fight against garbage in the city.