Prospects for the ecotourism development in Russia 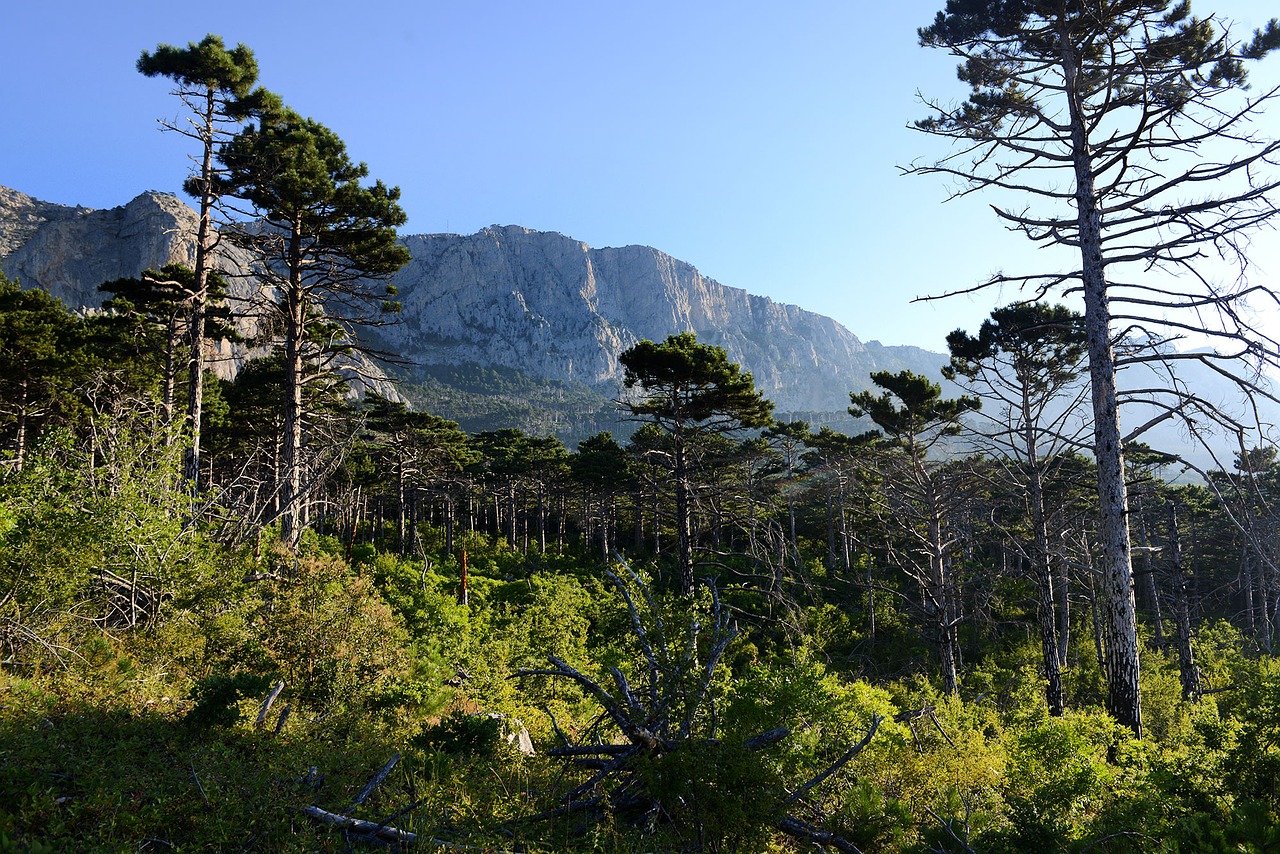 The development of nature tourism is a Russia’s strategic task. The global trends in eco-travelling and their prospects in Russia were discussed at the International Conference “Sustainable Tourism: Global Challenges and Russian Perspective”. The traditional event was held at the Rosa Khutor Resort in Sochi.

The coronavirus pandemic has shown the whole world that people want to have rest in nature. At the same time, it is advisable to do this in a beautiful, unspoiled environment. After the lockdown, the global ecotourism industry has faced two challenges. The first challenge is overcrowding. The second one is the lack of tourists due to travel restrictions. All this makes the development impossible. Such contradictory trends have once again emphasized the importance of developing the ecotourism industry in the world.

- Anna Spenceley, the Chair of the IUCN WCPA Tourism and Protected Areas Specialist (TAPAS) Group shares her opinion about the main trends in the development of ecotourism, saying that in connection with the pandemic, we see very interesting phenomena. Today, the industry is gradually recovering. Some of the natural areas experienced a very hard lockdown due to small tourist flows, and the other areas faced the problem of overcrowding. We see an increased demand for travelling in specially protected natural areas, so, people want to understand that an area is a preserved one. The travellers expect such areas to be reopened to the public and to be sustainable.

Russia did not remain aloof from the world travel industry’s global trends. Despite the fact that various attempts to develop ecotourism in the country have been made for over 10 years, it does not even have an official concept. In the international practice, the ecological tourism, first of all, should comply with three postulates - the environmental sustainability; doing no harm to nature and bringing benefits; and a social responsibility - taking into account the development of the local community - and economic sustainability. At the same time, all interested parties should participate in the development of the ecological tourism.

- “The question is - where is the line between the wildlife conservation and the tourism development? Let me give you an example. In Kazakhstan, there is the Chimbulak Resort visited by more than a million people a year, it is certainly overcrowded. It is located in the national park. To relieve the load on Chimbulak, it was decided in 2012 to develop a neighbouring gorge for the purpose of the ecotourism, based on three main principles, such as a social factor, economic one, and the environmental factor. In terms of its social effect, everyone agreed - new jobs are provided, and so on. Everyone also agreed in the economic sphere as there was a private investor. But the ecological community opposed the project, it was discussed for seven years and reached the level of the President of Kazakhstan. As a result, the project was not implemented,” said Kairat Sadvakasov, Deputy Chairman of the Board of the National Company “Kazakh Tourism”.

The main task of specially protected natural areas is the preservation of biological and landscape diversity as the basis of the biosphere. But the world experience shows that organized ecological tourism does not interfere with the diversity conservation, but rather contributes to the understanding of the specially protected natural areas (SPNAs) role by the population. This makes it possible to provide support for the SPNA system as a national treasure, which is still lacking in Russia.

- “All over the world, the ecotourism goes hand in hand with the protected areas, these are the areas where the visitor can see the natural heritage sites. This type of tourism is environmentally friendly, minimizing the human impact, and consistent with the SPNA mission. The term “ecological tourism” was proposed 28 years ago, it reflects the harmony between the recreation and environment. The ecological tourism is not just travelling in nature, but rather a type of tourism that contributes to the protection of the biological diversity, does not destroy the environment or ecosystem, and has an education focus. Such a definition should have been fixed in the Russian legislation long ago,” emphasized Vsevolod Stepanitsky, the Honoured Ecologist of Russia.

Russia has a powerful potential for the specially protected natural areas, and 12,000 SPNAs have been created in the country. The most valuable ones belong to the federal system, including 109 state nature reserves, 63 national parks, 62 sanctuaries and 36 natural parks. Despite some development in previous years, including the creation of infrastructure and elaboration of the legal framework, the experience has shown the weaknesses and gaps in the development of tourism in the SPNAs. The first is the manipulation of statistics and the substitution of concepts. Most federal SPNAs are not involved in the tourism activity. At the same time, the multi-million tourist flows visit the resorts located near the natural areas, weekend recreation facilities or they are enthusiasts of the fishing and hunting tourism. The large-scale construction of their infrastructure facilities is also incompatible with the SPNA principles. The problems include the insufficient involvement of specialized non-governmental organizations and private businesses. It is necessary to introduce the practice of public-private partnerships involving the companies ready to invest in the development of ecotourism featuring its peculiarities, but not take it as an opportunity to build villas in the SPNAs. However, there are still questions to the legislation, which means that the investors do not understand the rules of the game.

- “In the Crimea, there are about 200 specially protected natural areas, including 192 of local importance and 8 - of federal one. Today, we are making a large Crimean trail in compliance with all the requirements of the legislation and international standards, we determine the points for investments and the infrastructure points where the anthropogenic load should be limited, we adopt all this at the level of our regional law and correlate this with the federal law, which, we hope, will appear in the near future. I think that this will be effective from the point of view of the tourism development, and the investors will come to those small sites, since the interest is great and the pandemic contributes to this as the outdoor recreation is now in trend. As of October 1, the Crimea welcomed 8.3 mn tourists. We understand that this is our potential, but today, any economic activity in the SPNAs is prohibited, it can only be carried out by the organizations that manage this area,” said Vadym Volchenko, Minister of Resorts and Tourism of the Republic of Crimea.

There is a shortage of personnel in the specially protected natural areas. One of the problems is the lack of motivation, both among the management staff and employees involved in the tourism development. The situation is aggravated due to the lack of regular practice of taking into account the visitors’ opinions and comments, and the feedback.

- “At the level of the federal centre, there is no methodological guidance for the development of tourism in the state nature reserves; in spite of the fact that there are 108 state nature reserves and that they have been obliged - according to the law - to develop education ecological tourism for ten years, only several reserves have the experience in this. In the national project “Ecology” nothing is told about the reserves in the ecotourism development section, only national parks are mentioned, and as for the reserves - everybody does what they want to and as they understand. That is why it is necessary to supplement the national project with the development of ecotourism in the nature reserves, taking into account their specific features,” said Vsevolod Stepanitsky, Honored Ecologist of Russia.

The reluctance to demonstrate wild animals in their natural habitat to visitors, which is contrary to the world practice and can become a systemic factor in promoting the nature tourism, does not benefit the domestic ecotourism. The development of tourism in the specially protected natural areas requires solving the issues of minimizing the anthropogenic impact. In Russia, hopes are pinned on the determination of the maximum recreational load. However, this is a very obsolete approach according to the leaders in the ecotourism development such as the USA, Australia, Scandinavia. It is being replaced by the need to provide the tourists with proper infrastructure, well-thought-out rules of behaviour to be respected by visitors, and a system for making fast decisions.

- “The development of tourism in the specially protected natural areas in Russia requires a consistent strategy, strict regulation of the recreational activities, and the business community involvement. This requires a political will and professional competence. The key to the tourism development in the SPNAs lies in the public administration, it is impossible without a competent management of the SPNA system at the federal level, which requires a separate executive authority on a national scale with the sufficient resources and the powers and authority,” stressed Vsevolod Stepanitsky.

It should be noted that certain steps are being taken to develop the ecotourism in Russia. The proposals for the inclusion of the nature reserves in the list of those who perform the work to create a tourist infrastructure in the framework of the national project “Ecology” are currently under approval by the project committee and the government.

- “The motivation for the general directors and employees of the SPNAs is the issue of the system underfunding as a whole. Today, the SPNA system needs billions of roubles. The sum was calculated, but, unfortunately, the proposal was not supported by the Ministry of Finance and the Ministry of Economic Development. They advised to look for the funding options within the system. The ecological tourism is the basis and the opportunity that can give our SPNAs an impetus in terms of finding extra-budgetary funding sources that will allow the SPNAs to develop”, said Irina Makanova, Director of the Department of State Policy and Regulation in the Development of Specially Protected Natural Areas at the Russian Ministry of Natural Resources.

For this purpose, the amendments to the federal law were proposed by the Government on the SPNAs, which are currently approved and agreed by the Federal Tourism Agency, the Ministry of Economic Development, the Ministry of Education, and the Presidential Administration. Today, they are ready to be submitted to the second reading in the State Duma.

- “Our expectations are that at the next session of the State Duma, the law on the ecological tourism will be adopted. The bill has been thoroughly discussed in the Public Chamber with the participation of public organizations and the environmental community. We tried to take all the proposals and wishes for this bill into account, and this is what we all expect, from the point of view of the development of the SPNA network. This law will give an impetus to the development of the natural areas in general, including the development as a possible source of funding the activities that can be carried out in these areas”, Irina Makanova emphasized.