Of xenophobic violence and threat to South African tourism 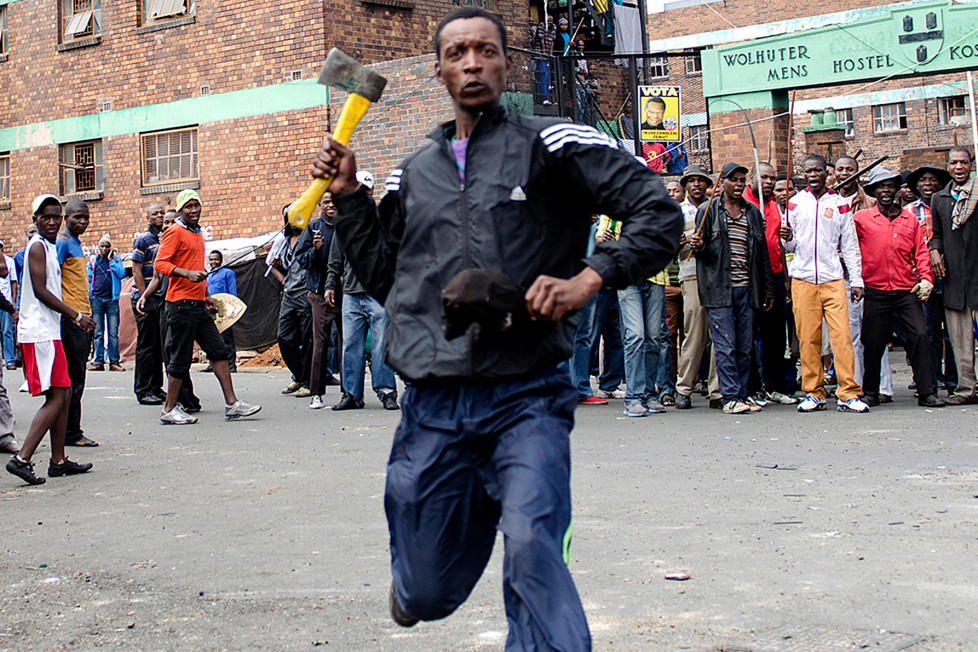 The World Travel and Tourism Council (WTTC) said in its annual review released last March that South Africa is the largest tourism economy in Africa.

It noted that travel and tourism contributed 1.5 million jobs or 9.2% of total employment in the country and R425.8 billion to the economy in 2018.

This, WTTC said, represents 8.6% of all economic activity in South Africa.

The growth was mainly driven by leisure travelers who constituted 64% of the travel economy, while the remaining 36% were business travelers.

It also said 44% of the tourism spend in 2018 came from international travelers and 56% from domestic travel.

International tourist arrivals in South Africa are forecast to total 14,6 million in 2028, generating expenditure of R219.6 billion, an increase of 5.3% per annum.

“Looking to the future, I believe that Travel & Tourism is South Africa’s greatest resource and the country’s strategy for expansion which priorities regional integration, environment sustainability and putting the community at the heart of decisions will make for a successful combination,” said WTTC president and chief executive Gloria Guevara last March.

However, in as much as WTTC is positive about the prospects of travel and tourism in South Africa, there is one thing that threatens to spoil the ‘fun’: xenophobic violence.

Several black Africans and Bangladesh nationals have been displaced as a result of the xenophobic violence.

Properties, including shops belonging mainly to immigrants were looted while others were reduced to ashes.

South Africa as an economic powerhouse attracts immigrants from other African countries and beyond.

With the country’s sluggish economic growth, coupled with growing high un-employment rate, locals are now venting their frustrations on foreigners whom they accuse of taking their jobs and also getting involved in illegal activities such as drug-dealing.

The Nigerian government has since dispatched a plane to bring back hundreds of its citizens willing to escape the violence.

Neighbouring Zimbabwe has also repatriated a few of its citizens.

So charged were emotions that South African president Cyril Ramaphosa was recently booed in Harare when he took to the stage to deliver a eulogy at the funeral of former Zimbabwe strong-man Robert Mugabe who died aged 95, in Singapore early September.

The Zimbabweans were expressing their disapproval of the violence in South Africa that claimed two of their own.

Ramaphosa was only allowed to speak after he apologised for the violence.

He has since dispatched envoys to several African countries to repair the country’s soiled image.

The xenophobic violence is giving South Africa a negative image and will scary black Africans from visiting the country in fear of potential attack.

Most African nationals, particularly Zimbabwean middle-class, shop in South Africa, while others enjoy the beauty that the country offers.

Dear reader, I am also one of the people who shelved plans this year to travel to South Africa for a week-long holiday with my family.

We were saving for this trip to South Africa as a family, but we cancelled the summer holiday as result of the violence being meted out to people with our melanin.

Imagine, how many black Africans have done the same and the potential revenue lost as a result.

Not only xenophobia or Afro-phobia

Apart from xenophobia or Afro-phobia, South Africa is generally considered to have a history of crime.

He was quoted by a local newspaper as saying recently that the country could be attracting as much as 20 million tourists per year if it wasn’t for crime, service delivery protests and deteriorating infrastructure.

“Over the past 20 years, one of the things that tourists are worried about is their safety. This has been one of the inhibitors to growth … if it were not for this we would be sitting on 15 million to 20 million visitors a year,” Tshivhengwa said.

“As a country, we’ve got everything that any tourist would want to see and it’s quite important that they feel safe.

“We have, however, seen a recurrence of the same crimes against tourists in the past few months and this calls for us to look at tourism differently as it creates jobs.”

The tourism council and other stakeholders were lobbying the country’s new tourism minister Mmamoloko Kubayi-Ngubane and the parliamentary portfolio committee on tourism to find solutions to these ills.

This is a serious matter that South Africa should address.

Producers of the ITV2 programme had arranged to set up the show’s dating villa in Cape Town for the new series, a winter season of Love Island, due to be broadcast in January 2020 (the UK’s winter).

They said “new figures show that the murder rate has risen to 12 murders a day which rises to approximately 50 killings at weekends”.

Ramaphosa announced a six-month extension of the army’s deployment in the Cape Flats area to control violence.

Cape Town is a popular destination for most international holidaymakers and the city’s international airport registered 5.3 million tourists in 2018.

For this popularity and that of other destinations in the country, not to decline, South Africa should control violence and crime in general.

The perception that the country is riddled with crime coupled with the recent wave of attacks on foreign nationals and their businesses does not help the country realise its full potential.

South Africa is a beautiful country with rich cultural heritage and it will be a pity for the world to stay away because of a few hoodlums.

A lasting solution should be put in place, locally, in as much as envoys are being dispatched to repair the country’s soiled image.

WTTC’s projection that international tourist arrivals in South Africa will total 14,6 million in 2028, generating expenditure of R219.6 billion, will remain a pipe dream if the country takes the path of a pariah state as now being feared by many.