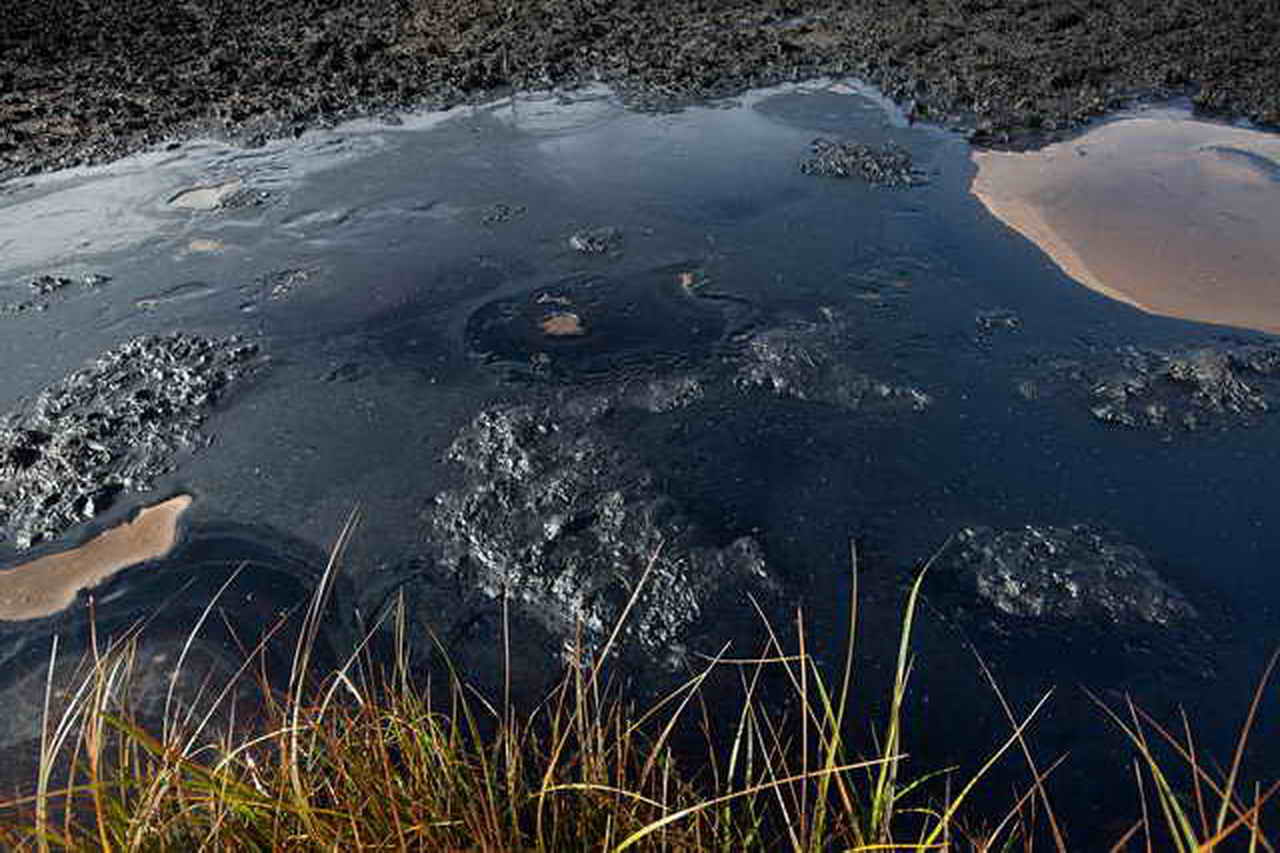 A panel discussion devoted to the elimination of man-made accidents and the objects of accumulated environmental damage as well as their prevention was held on March 17, 2021 at the International Forum and Exhibition “Clean Country” in the Skolkovo Technopark, Moscow. “Bellona” participated in the discussions online and highlighted a few presentations we consider the most important.

Andrey Grachyov, Vice President for Federal and Regional Programmes of PJSC MMC Norilsk Nickel, spoke about the progress in the elimination of the accident at Combined heat and power plant No. 3 in Norilsk when about 21 thousand tonnes of diesel fuel leaked into the environment. The company drew conclusions, agreed to pay the damage - so, 145 billion roubles were transferred to the federal budget and 600 million roubles to the local one. A week ago, at the government meeting, Vladimir Putin instructed officials to allocate these funds to be used for restoring and improving the environmental situation in the region.

“The area where the indigenous minorities live should be clean,” Grachyov said that the accident forced the company to look at the situation from a different angle. It held negotiations with the representatives of fifty communities living in Taimyr, it received a number of proposals for the area rehabilitation, made a list of all those who suffered from the last year’s fuel spill, and agreed to pay compensation.

“We are completing the distribution of 175 million roubles allocated for these purposes,” Grachyov said. In the wake of the events that took place at the Norilsk plant, a coordination council will be created. It will include the representatives of all the fifty communities, as well as the officials of the Krasnoyarsk Territory. “We are ready for any dialogue,” the Norilsk Nickel official said in conclusion.

Alexei Knizhnikov, Head of the Business Environmental Responsibility Programme, WWF-Russia, touched upon a core topic. He sees a positive trend as the companies are switching from confrontation to open co-operation with the public representatives.

As an example, he mentioned the situation with tanker fuel spills. Over the years, the number of accidents decreases despite the increase in the maritime freight traffic. This is due to the introduction of double-hull technology following the social condemnation and discussion of preventing such accidents in future.

“At the highest level [in Russia - hereinafter, notes are made by “Bellona”] a law on the environmental information was passed. It demonstrates that the authorities have taken the problem seriously,” notes Knizhnikov adding that for his organization, this was a reason to continue developing the projects on the information transparency of the companies conducting activities potentially hazardous to the environment.

WWF believes that there should be publicity to the oil spill clean-up plans. The environmental NPOs should have access to the 2-TP forms, which include the information on the generation, use, disposal, transportation, and storage of the production- and consumption wastes, and the Rosprirodnadzor (Federal Service for Supervision of Natural Resource Usage) should provide an access to the conclusions of the state environmental expertise.

“We have ratings of the industry transparency. There exist an internal technique. Assessing the companies, we rely only on the public information. The criterion of the transparency regarding the emergency situations is among our criteria,” added the ecologist.

The words “We can see everything from above, you should know this” on the slide with the space images shown by Knizhnikov hint that in the today’s world, it is difficult to conceal something from the public. That is why, WWF highly appreciated the effective accident response in Norilsk, although, the “space investigation” of the marine animal deaths in Kamchatka showed that there was no oil pollution there.

“The new realities leave no room for businesses to hide accidents and iron out difficulties. To avoid financial and reputational losses, it is necessary to invest in the ecological infrastructure,” Knizhnikov said at the end of his presentation.

Maxim Korolkov, First Deputy Director General for the Implementation of Environmental Projects at the Federal State Unitary Enterprise “Federal Environmental Operator” (FEO), spoke about the objects of accumulated environmental damage. Today, many of them have to be cleaned-up at the expense of taxpayers.

“Instead of systematically spending the resources to prevent appearing such objects, saving on the daily costs [by business and the state] creates a problem that is difficult to cope with on its own,” the FEO representative shared his experience.

The longer various wastes are stored in one place, the more often and faster their danger and complexity of their processing increases. Korolkov spoke about the cases that “Bellona” has known for a long time. These are the Chelyabinsk municipal dumping, Krasny Bor toxic waste landfill, and the Baikal Pulp and Paper Mill.

“Today, we are developing the projects [to eliminate the accumulated damage] for 20 square kilometres - this is as large as a city,” said the FEO representative. He added that his organization adheres to the principle of the information transparency and interaction with the public at all stages of discussing the disposal of the objects potentially hazardous to the environment.

Alexander Nikitin, Director General of “Bellona”, began his presentation by proposing to speak the same language using a clear and accepted terminology.

The panel section was titled “Man-made catastrophes, the elimination of the accumulated damage. The ways to avoid this in future”. However, the Ministry of Emergency Situations (MES) uses the term - a “man-made catastrophe” - in cases when the accident leads to large human casualties, a significant damage to human health and the environment is caused, some objects are destroyed, and so on. It is difficult to give an example of such a catastrophe in Russia, for example, it is wrong to call the accident in Norilsk a catastrophe - not a single person died there. The ecologist suggested that it was wiser to use the terms like a “man-made accident”, “man-made incident” or an “incident”.

“Today, no large company striving to operate in the international market can do without a public participation of citizens and without public acceptance. This is primarily about those enterprises that use the technologies potentially hazardous to the environment and people,” said the director of “Bellona”.

In his opinion, the public acceptance is the result of a kind of “bargaining” between the community living in a certain area and the company operating there. And this situation is not unique for Russia.

“This is not bargaining in the manner of “we will give you money and you will hold your tongue”. The point is that the company operates in the region, and the communities live in a favorable environment, have social benefits, and so on," Nikitin emphasized. For example, the mayor of Champagne, the French province, where the authorities decided to build a radioactive waste disposal facility, said that their budget was doubled and they had the opportunity to use it for their social programmes.

Usually, the people want to find out why the potentially hazardous economic activities are carried out in their settlement area rather than anywhere else. They try to figure out what benefits they can get. How the ongoing processes can be controlled. “Conducting such negotiations to achieve public acceptance requires a great skill,” Nikitin said.

He also touched upon the work of supervisory and operational entities during man-made accidents and stressed that these bodies, together with enterprises, were responsible for preventing the accidents. For example, we still do not know in detail how the notification of the “centre” was carried out during the accident in Norilsk and why the Kremlin learned about the accident from the social media. What was the response of the MES’s services to the accident, which also bear responsibility for the localization of the accident and the notification. Therefore, the public needs to work with these bodies as well.

According to Nikitin, the notification in the event of accidents and their localization are the most important stages. By receiving the information in time and localizing the accident as quickly as possible, one can prevent its spread and reduce the damage.

It became clear at the meeting, that it is necessary to continue establishing a system of public control in Russia, and hiding an information about man-made disasters in the era of social media and space satellites is foolish and irresponsible. Major mining and processing companies will have to meet the demand of the society and the state, become more transparent and invest more in upgrading the production facilities and preventing potential environmental accidents.

And if they need assistance of the «Third Sector» in doing this, we are always happy to render it.