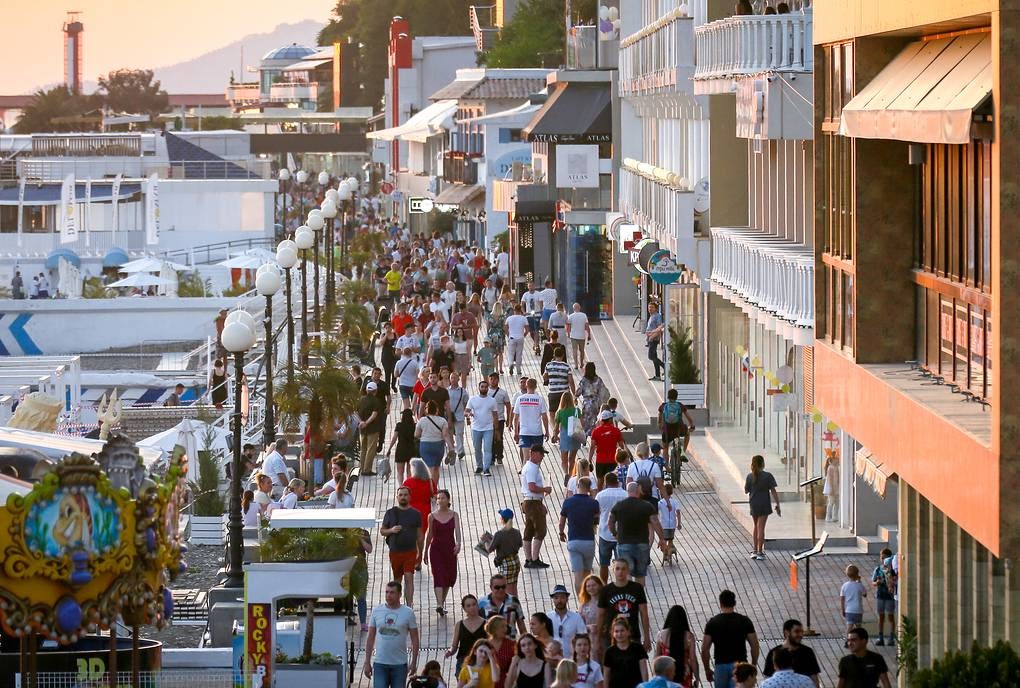 In Russia, the next stage of the state programme aimed at supporting the domestic tourism has started - booking the Cashback tours for travelling in Russia. According to the leading players in the domestic organized tourism market, in the first two days of the Cashback tour promotion in Russia, on January 18 and 19, daily sales increased from 60 to 100 percent. Tourists buy both tours with ground transportation and tour packages with flights. In total, 662 tour operators, 69 aggregators and 3,329 accommodation facilities participate in the programme. More than two million offers across the country are available for vacationers.

However, according to market participants, the high sales in the first days of the Cashback campaign are explained by the accumulated pent-up demand as many tourists did not book their tours and waited for the start of an attractive Rostourism’s offer. (“Rostourism” is the Russian Federal Agency for Tourism).

“The fifth stage of the Cashback programme for the tours in Russia started at 00:01 on Tuesday, January 18, and the first booking was made at 00:05, that is, just in the first minutes of the campaign,” tour operator TUI Russia’s experts say. “This shows the popularity of the Cashback initiative and that it was very much expected.”

In the future, according to Sergey Romashkin, Director General of the Dolphin tour operator, the tourist flow will surpass the average one for the season due to the Cashback promotion and will be 25-30 percent higher.

The next stage of the Cashback programme for tourists will last until April 12, and they can go on a trip until April 30. Under the terms of the programme, when booking a trip, vacationers can get back 20 percent of the tour cost, but not more than 20,000 roubles each.

The state programme to support the domestic tourism was launched in the summer of 2020. Four stages of the Cashback programme have already been completed. By the beginning of this year, almost 1.5 million people took advantage of the Cashback programme and they spent 27 billion roubles on their tours, and 5 billion roubles were returned to them, which made it possible to significantly save on the vacation tours, including the tours for children. Rostourism has already reported that the next stage of the Cashback tour bookings is as successful as the previous ones.

From the very early days, it became clear that Sochi was the leader in the bookings of the Cashback tours. The tour operators note an increased demand for the Russia’s main resort city at Black Sea and a steady increase in bookings for its resorts. 130 Sochi hotels and health resorts participate in the fifth stage of the Cashback programme.

“Sochi became the best-selling tourist destination in February-March where the travellers can relax both at the seaside and in the mountain cluster,” said Svetlana Batyaikina, Director of the Department of Resorts and Tourism of the Sochi Administration. “The share of bookings for our resort city made by various tour operators ranges from 23 to 74 percent of all the tourist bookings in the country, almost all the tour operators say that Sochi is the most popular destination.”

The Association of Tour Operators of Russia (ATOR) clarified that this situation was largely due to skiers. All the market players make the Cashback tour bookings now (50 to 68 percent) mainly for February and March. Such sales are explained by the fact that these are “high skiing” months, and most of the skiers prefer to go to Sochi for skiing, at least because of the large capacity of this mountain cluster and various transportation options.

“As for demand, the top destinations may change in future, but Sochi will remain at the top,” the TUI Russia’s experts said. “Sochi with its coastal resort suburbs and the ski cluster in Krasnaya Polyana is the undisputed leader in demand at any time of the year.”

“It is clear and obvious that the leader in the Cashback programme is the Krasnodar Territory, which for many years has been the leader in demand in all seasons, including in all the Cashback initiatives for tours across Russia,” ATOR noted. “In the spring campaign, the tours to Sochi significantly prevail, the travellers book their vacations both at the seaside and in the ski cluster. By the way, the first booking with the tour operator TUI under the Cashback campaign was a three-night tour to Sochi from March 5 to 8 for a family of two adults and a child.

According to tour operator companies, the average tour purchased in the first days of the Cashback campaign varies from 41 to 53 thousand roubles. As a rule, this sum is for a tour for two. The average number of tourists in the requests under the Cashback programme is now from 2 to 2.3 persons for different companies. On average, the tours are for seven nights.

In addition to Sochi, Russian tourists have begun to actively book their tours to neighbouring Abkhazia: the country is experiencing a real boom in demand, and, the popular hotels are fullly booked before the season starts.

It is important that the Russians do not need QR codes or paid PCR tests to visit Abkhazia, and entry is permitted using a domestic Russian passport. According to the Russian consumer protection agency Rospotrebnadzor, the Russians do not even need to take the PCR test after returning from Abkhazia to Russia. In addition, prices in Abkhazia are pleasantly lower than in the neighbouring Krasnodar Territory and the prices at the comparable hotels in Abkhazia can be 30 percent lower.

It is not surprising that the number of the Russians who want to spend their vacations in Abkhazia is growing. According to Intourist, one of the leading tour operators in Abkhazia, in the winter of 2022, the sales of tours to Abkhazia for spring and summer are already 63 percent higher than last year.

“Most tourists come to Abkhazia during the summer swimming season,” ATOR reported. “Abkhazia has the cleanest Black Sea coast as there are no industrial enterprises nearby, so, no wastes are dumped into the sea, and the beaches are wide. An important factor when choosing the destination is that the hotels are close to the nice beaches. The second thing you should pay attention to when choosing a hotel is its all-season operation. It is interesting to spend the vacations and travel around Abkhazia not only in summer, but also in winter, and in the off-season. More and more new high-quality hotels with heated pools and SPA centres are launched in the Republic, where the visitors can swim all year round.”

In addition, SPA and health tourism are developing in Abkhazia. The vacationers can combine their recreation on the beach with a professional massage and other medical, physiotherapy and SPA procedures, and even undergo a medical examination. The diagnostic equipment in the high-class hotels is imported from the leading manufacturers, it is up-to-date, and most doctors and medical staff are highly-qualified Russians. And with all this, the cost of such health services at the Abkhazia’s resorts is on average 30-40 percent lower than in neighbouring Sochi.

Where else to go?

Further, the situation differs depending on the market focus of a particular company. In addition to the three or four leaders mentioned above, the tour operators say that the top lists include the Moscow Region as for the Cashback tours, with the Dombay and Elbrus regions standing out among the ski destinations offered by the Russian Express tour operator, and the TUI tour operator offers charter tour packages to Sheregesh and Sakhalin.

“At the Sheregesh ski resort in Kuzbass, a loyalty programme has been introduced, thanks to which the local people are provided with 5 to 20 percent discounts on tours,” said Natalya Kosmina, Chairman of the Board of the “Russian Union of Tourism Industry - South” Association. “I like this initiative, it’s a great idea. Despite the fact that Sheregesh is popular among the Russians, and wealthy tourists come to this ski resort, the organizers did a lot to support their local people. Maybe, they raise the prices for the wealthy tourists, but thanks to this, they give the opportunity to the locals to spend their vacations at the famous resort. And in Sochi, for example, the prices at ski resorts are exclusively for wealthy travellers - mainly the Muscovites and St. Petersburg residents can afford a good rest in the winter at the Sochi resorts. It is clear that Sochi has changed greatly. Just look at what is happening with the real estate prices. The local residents in Sochi complain that they live and work as before, and their salaries remain at the same level, but the prices are rising by leaps and bounds. At the Sheregesh ski resort, a day pass for some ski lifts costs just 960 roubles, but a ski pass per person per day in the high season costs 3.5-4 thousand roubles at the Sochi ski resorts. So, the Kuzbass initiative is an excellent one that should be followed by the Kuban, thereby making the Sochi ski resorts affordable for the people of Sochi.