Life in Pink: Ecopark in the industrial area 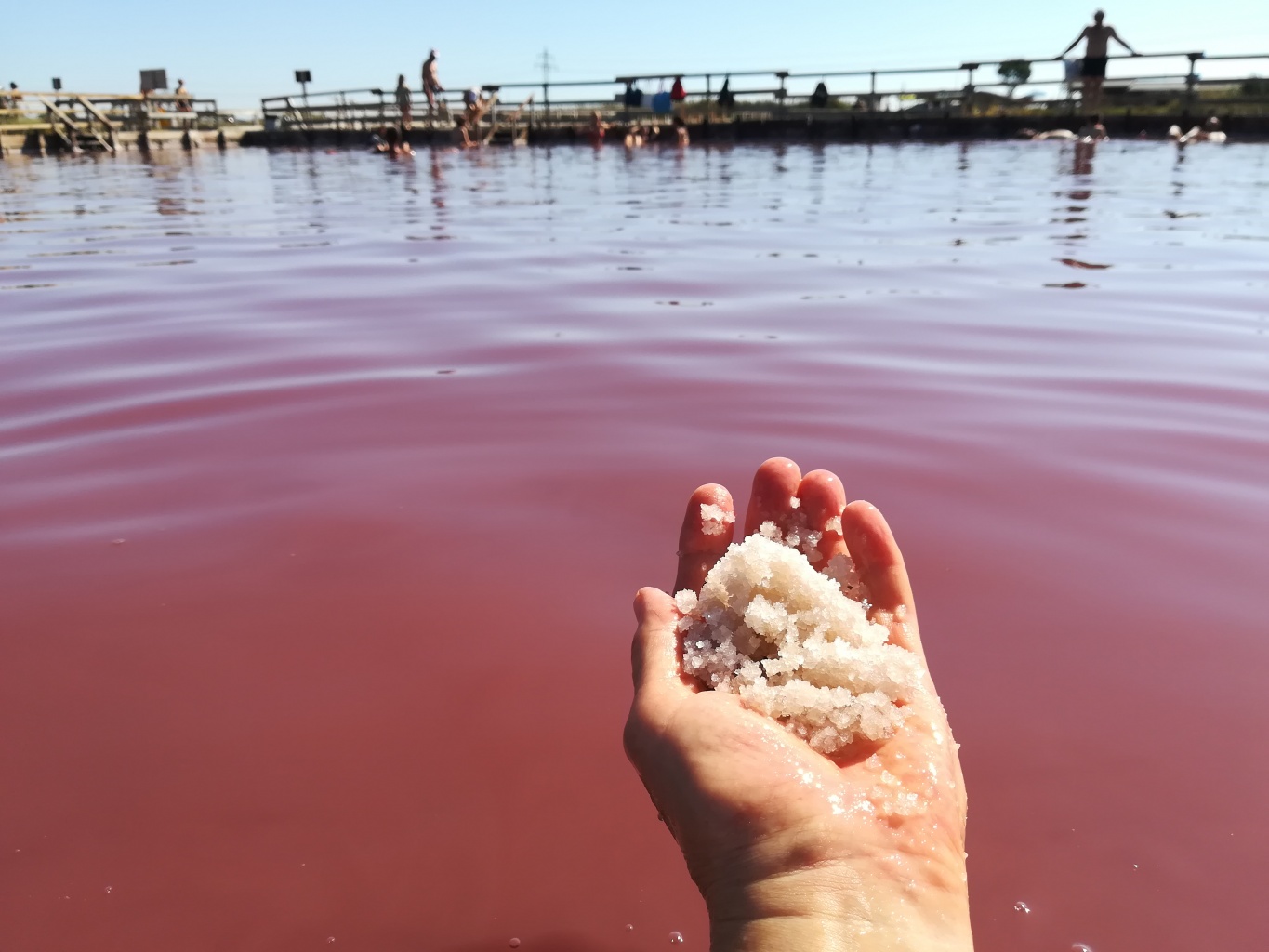 In 1980, a major environmental disaster occurred in the Burgas Lakes in Bulgaria when industrial wastes flew into the lakes. Almost the entire ecosystem was on the verge of destruction as fishes died and birds stopped nesting there. Later on, the same happened more than once on a smaller scale. One of the latest cases was in June 2015: a pipeline broke and the waterbody surface area was polluted with oil. All these years, the people of Burgas, the largest industrial centre on the Black Sea coast of Bulgaria, have been actively struggling for their environment, and their endless protests and calls to the authorities have had an effect. And today, the city residents can use several ecoparks with health centres and recreation facilities right in Burgas. 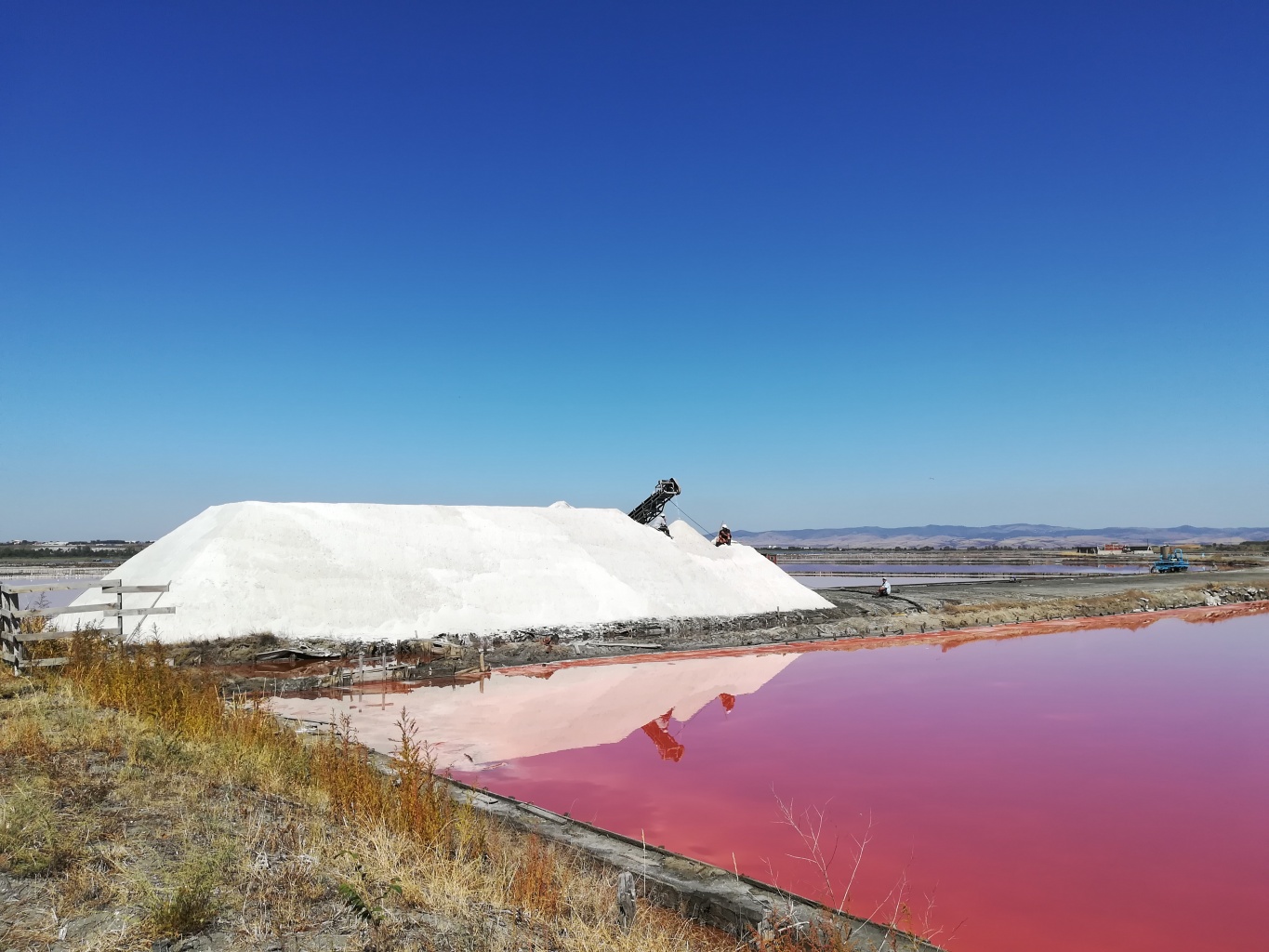 The Burgas Lakes complex consists of three coastal lakes. One of them is the unique Atanasovsko Lake. You can take great aesthetic pleasure in taking mud therapy at the Lake. The water in the Lake is bright pink due to the algae Dunaliella salina, which readily reproduce in strong brines. And the concentration of salt in the Atanasovsko Lake exceeds 27 ppm, which has made it possible to extract 40 thousand tonnes of sea salt here annually for a century. The Reserve visitors use it for medical procedures, they also use the strong brine and sulphide muds covering the bottom of the Lake in a thick layer. 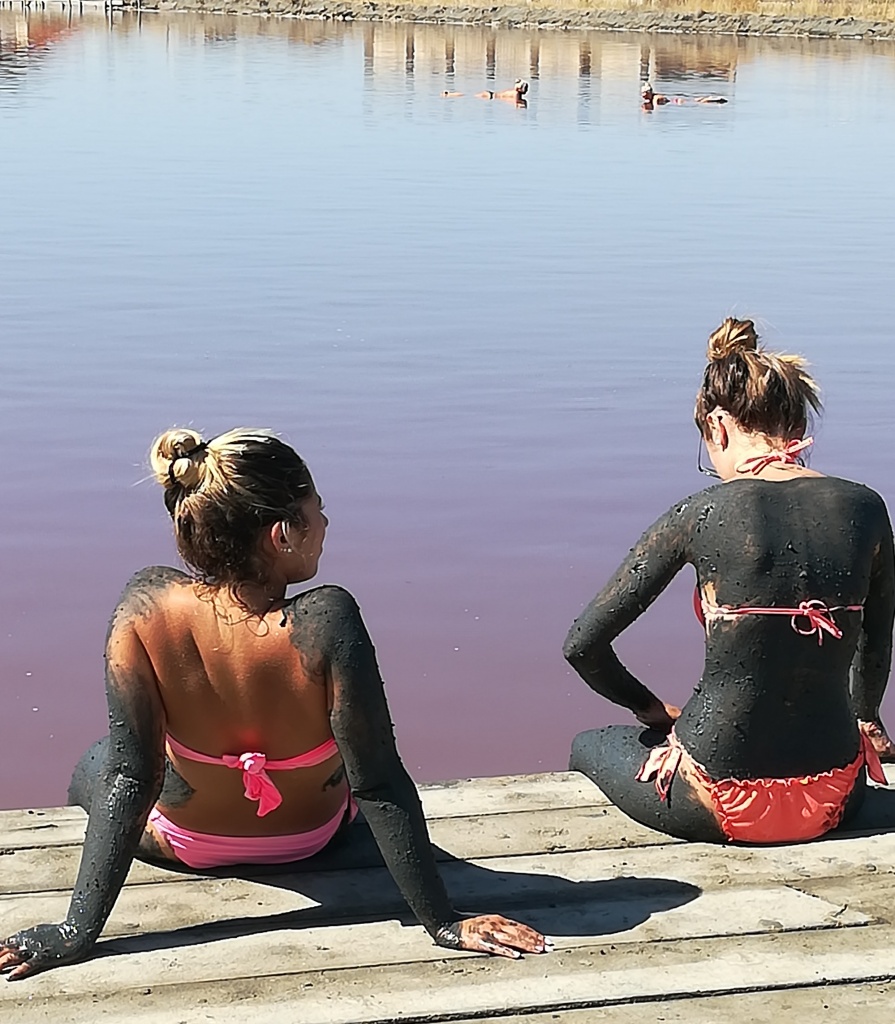 The treatment procedure takes place on the shore: everyone can apply mud to the problem parts of their body and keep it until it dries - for about 30 minutes. While the mineral salts restore the musculoskeletal system, you can enjoy the amazing views and watch pink pelicans or black storks above the pink water. The matter is, the Atanasovsko Lake is part of the biosystem of the 3 Burgas Lakes, the home to hundreds of bird species. 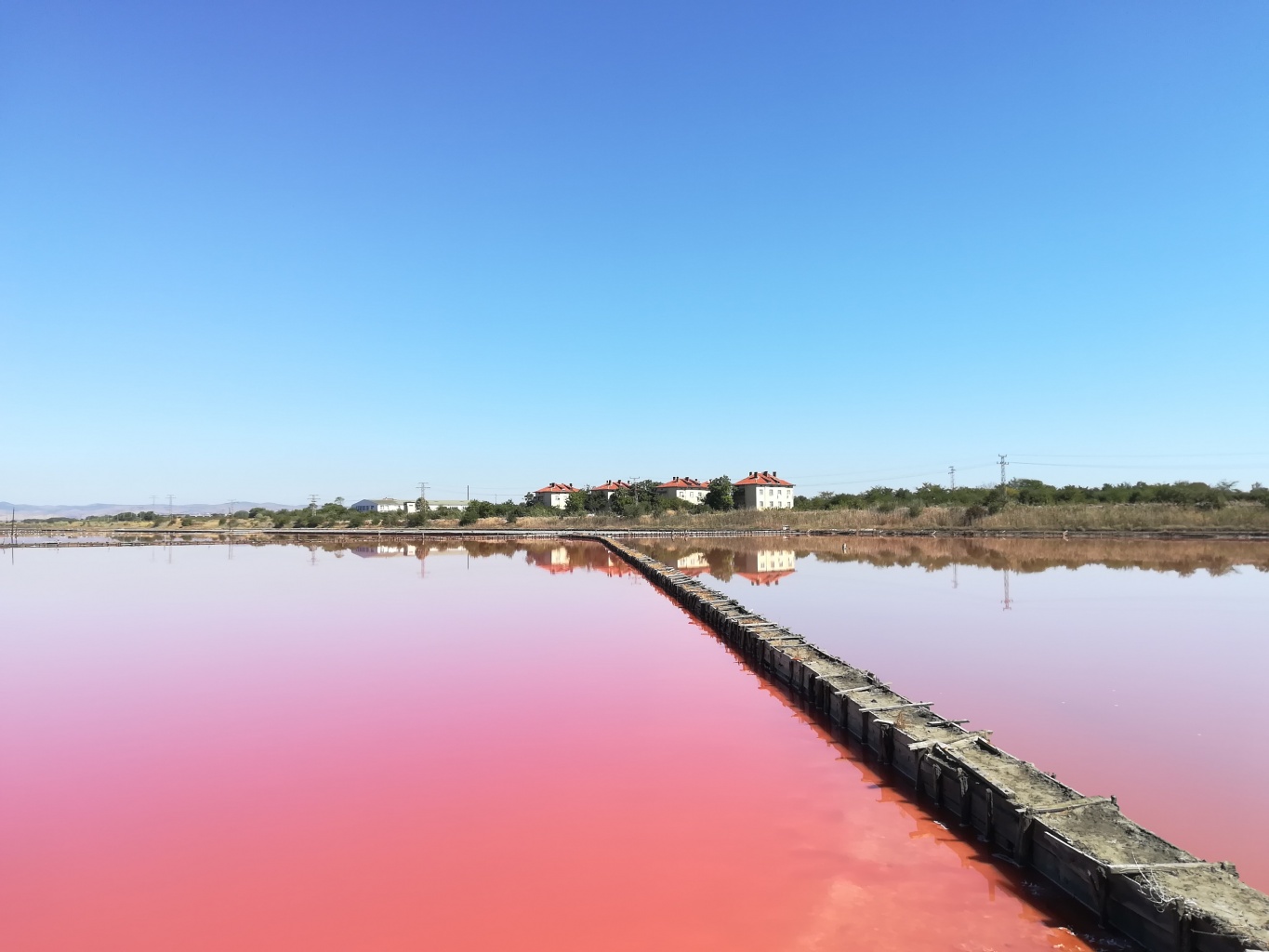 Nearby, there are two more waterbodies of this coastal salt lake system - Lake Burgas (former Vaya) and the Mandra Reservoir that are also the favored ‘resorts’ visited by birds. In total, 316 species of birds nest here, while there are totally 423 bird species throughout the country. In addition, the famous Via Pontica lies over these lakes - the Black Sea route of the seasonal migration of almost one hundred thousand birds!

Until 1942, this lake was called Vaya, and now, the Vaya Ecopark is here. For ecotourism enthusiasts, it has convenient routes and viewing platforms and you can watch the life of rare bird species from them. And in the Ecopark’s information centre, one can find an interesting information not only about birds but also about local animals and plants included in the Red Book of the International Union for Conservation of Nature.

The third of the Burgas Lakes - the Mandra Reservoir - is almost fresh. The local communities have long been protecting Mandra from destruction by sea waves. In the 1930s, the dam construction began here and it was completed in 1963. After that, the Mandra salt lake existed no longer. It turned into a freshwater reservoir to serve the oil refinery. The unique biodiversity of the salt lake was destroyed because shallow sandbank and marshes disappeared, and the rare birds disappeared as well, including the only colony of pink pelicans in Bulgaria. Now, one can see these beautiful birds in this area during the migration period only. Thanks to the long-term struggle of the nature conservationists, the Mandra Reservoir in Burgas was protected from complete destruction. Today, it has become one of the favorite nesting places for rare birds again and you can admire pelicans, storks, swans, white-throated shags and hundreds of other birds. 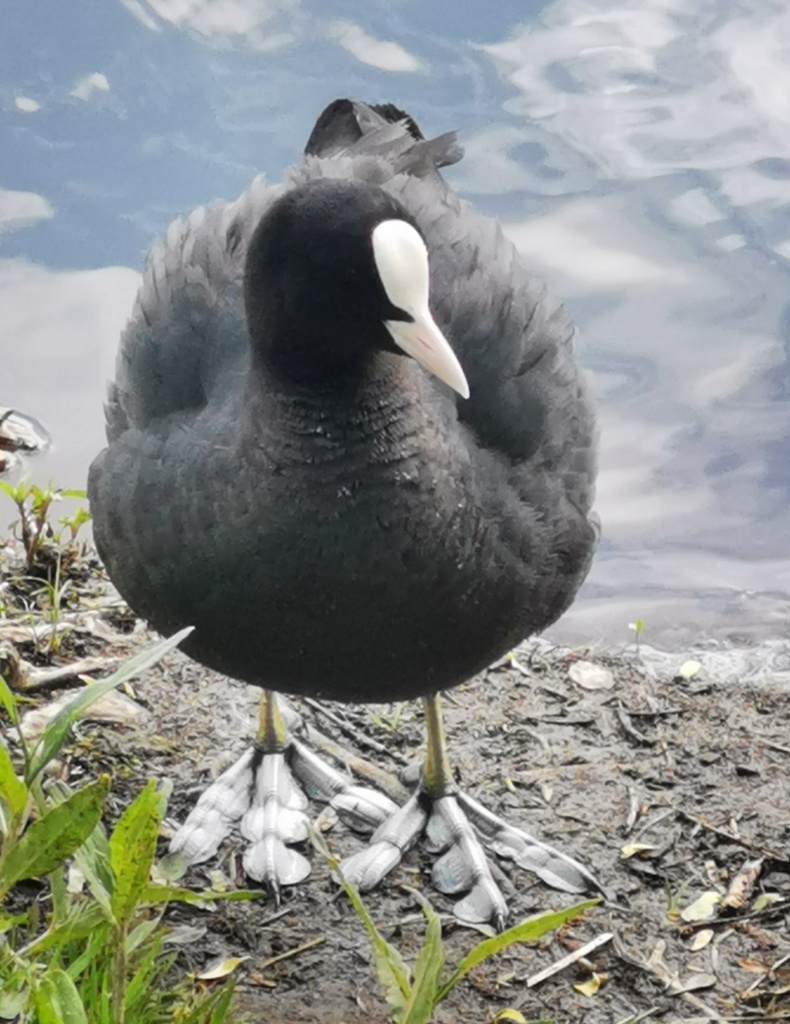 To prevent adventurous actions in the vulnerable ecosystems of the Burgas Lakes, in the late 1980s, the Poda nature protection area was formed in the buffer zone between the Burgas Lakes and the sea. Here, on the area of about one hundred hectares, unique conditions have been created to make the area a breeding ground for swamp birds, as well as a ground for the migratory birds’ quiet rest. During the mass migration, thousands of storks appear in Poda. You can travel to this interesting place both on your own and make a tour with experienced guides who are the leading ornithologists at the Centre. The Poda Ecopark is included in the list of 100 national tourist attractions in Bulgaria - it is a must-see. From dawn to dusk, you can admire the birds here for a symbolic fee of 2.5 euros. Admission for students is half the price. 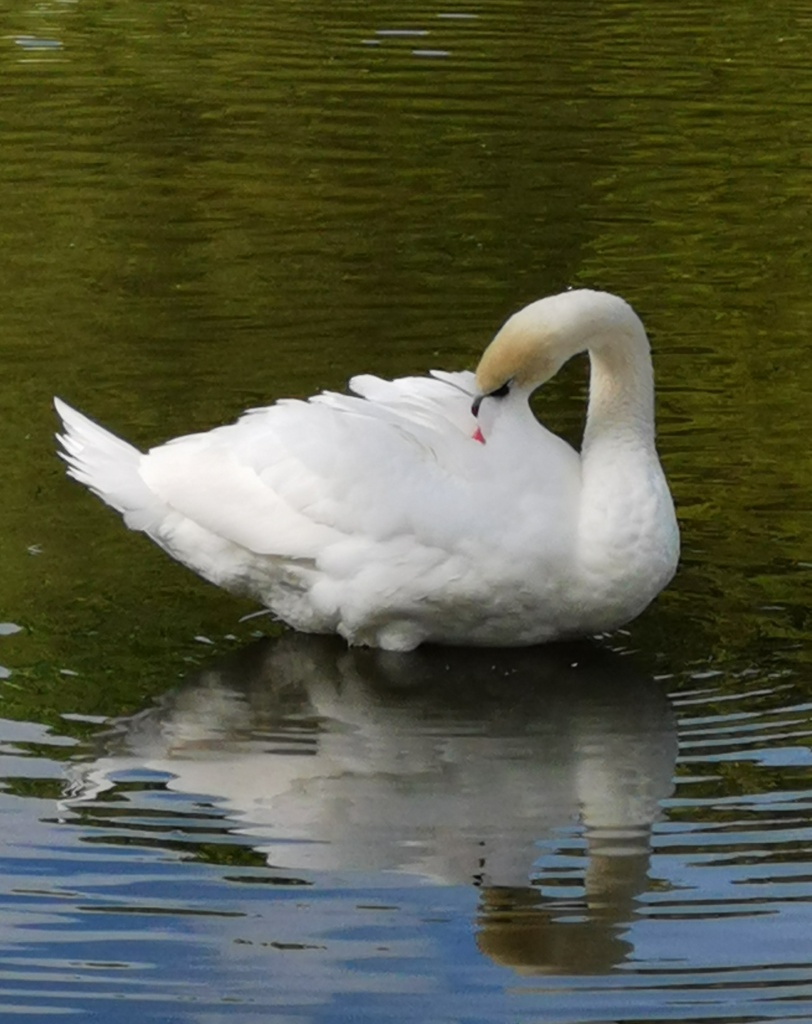 The cost of visiting the neighbouring Vaya Ecopark is 6.5 euros for adults and the tickets are sold at half price for children under 12, the admission is free for disabled people.

A mud treatment session at the equipped sites of the Atanasovsko Lake costs 1 euro only.