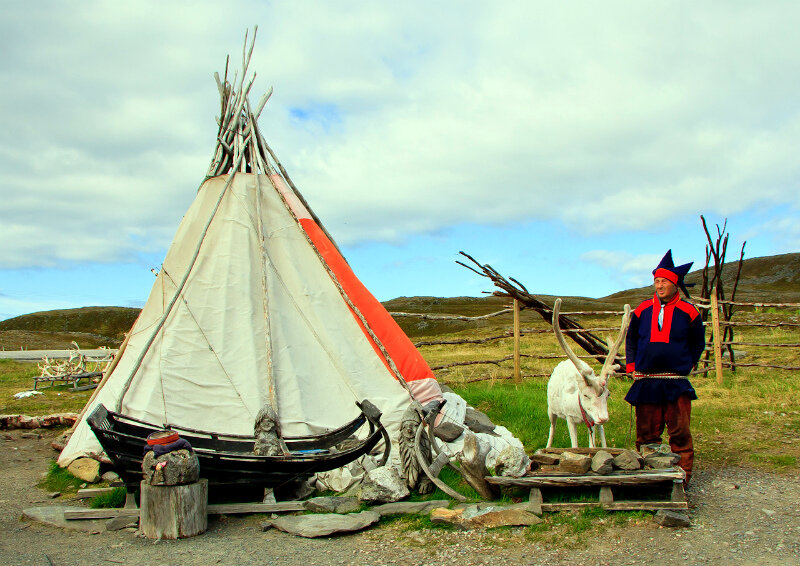 International public organizations can help to protect the rights and legitimate interests of the Saami people in Murmansk region. This opinion was expressed by Elena Rocheva, President of Kola Saami Association public organization, which is the permanent Saami Union member. She made a speech at the plenary session of the traditional XI Days of Russian - Norwegian cross - border cooperation, which took place in Murmansk on October 21 - 22, 2021.

Murmansk region is one of the country’s areas located in the Arctic zone. The region’s border status is the special feature of its economical and geographical position, thus determining the intensive development of international contacts with the northern countries, - said E. Rocheva. - The Saami live in four countries. Most of Sami people live in Norway, followed by Sweden and Finland, and finally, in Russia. About 72 percent of Murmansk region territory is the Saami people’s traditional residence and economic activities places. They preserve their original way of life, they are aware of themselves as an independent ethnic community. There are 42 Saami communities and 7 public associations in the region today.

Murmansk region biggest public associations of the indigenous people of the North are the Kola Saami Association and the Public Organization for the Promotion of Legal Education and Preservation of the Saami Cultural Heritage. Both of them are part of the Saami Union, an international public organization that unites the Saami of Russia, Norway, Finland and Sweden. Elena Rocheva emphasized that they had been created to protect the rights and legitimate interests of the indigenous peoples of the North. The issues of the Saami people original residence and economic activities places protection, national traditions preservation and development, cultural and ecological projects implementation are all provided with these organizations direct participation.

To solve these tasks, cooperation has been established not only with the representatives of the authorities and other public organizations of the northern indigenous people, but also with big business in the region.

This year, at Saint-Petersburg Economic Forum, Norilsk Nickel and the Kola Saami Association signed an agreement on interaction and cooperation. Within the agreement framework, the company will contribute to the sustainable development of Saami, will support culture development and the traditional life-style preservation by using the interaction and cooperation best practices, including the international ones, - Elena Rocheva recalled in her speech.

International Saami Union representatives valued high and positively the above mentioned company policy in the social and cultural sphere of the indigenous peoples of the North.

The agreement’s practical significance has already been demonstrated in September this year during the international conference “Preservation of Saami language in modern conditions”. The event participants discussed the issues of preserving and developing the languages and cultures of Russian and Scandinavian countries indigenous peoples, measures to support linguistic and cultural identity, as well as considered the experience of studying and teaching the indigenous peoples native languages. The conference was attended by Håkon Christensen Mue, the Consul of the Consulate General for the Kingdom of Norway in Murmansk; by Maya Okkonen, the media coordinator of Murmansk branch of Finland Consulate General in Saint – Petersburg; as well as by professional scientific community representatives of Norway, Sweden, and Finland.

It is important to mention that cooperation in this sphere began last year. In December 2020, in Murmansk, a memorial monument was erected devoted to the heroic deeds of reindeer transport battalions fighters – defenders of the Arctic during the Great Patriotic Was. The event was supported by Norilsk Nickel company and Murmansk region government. Mrs. Torunn Hasler, the Consul for the Kingdom of Norway in Murmansk took part in the event.

Elena Rocheva also noted that the ongoing cooperation between business, government and public organizations in the development of cultural connections between representatives of the indigenous peoples of the North make an invaluable contribution to the preservation of original cultures and dissemination of knowledge among the younger generation.