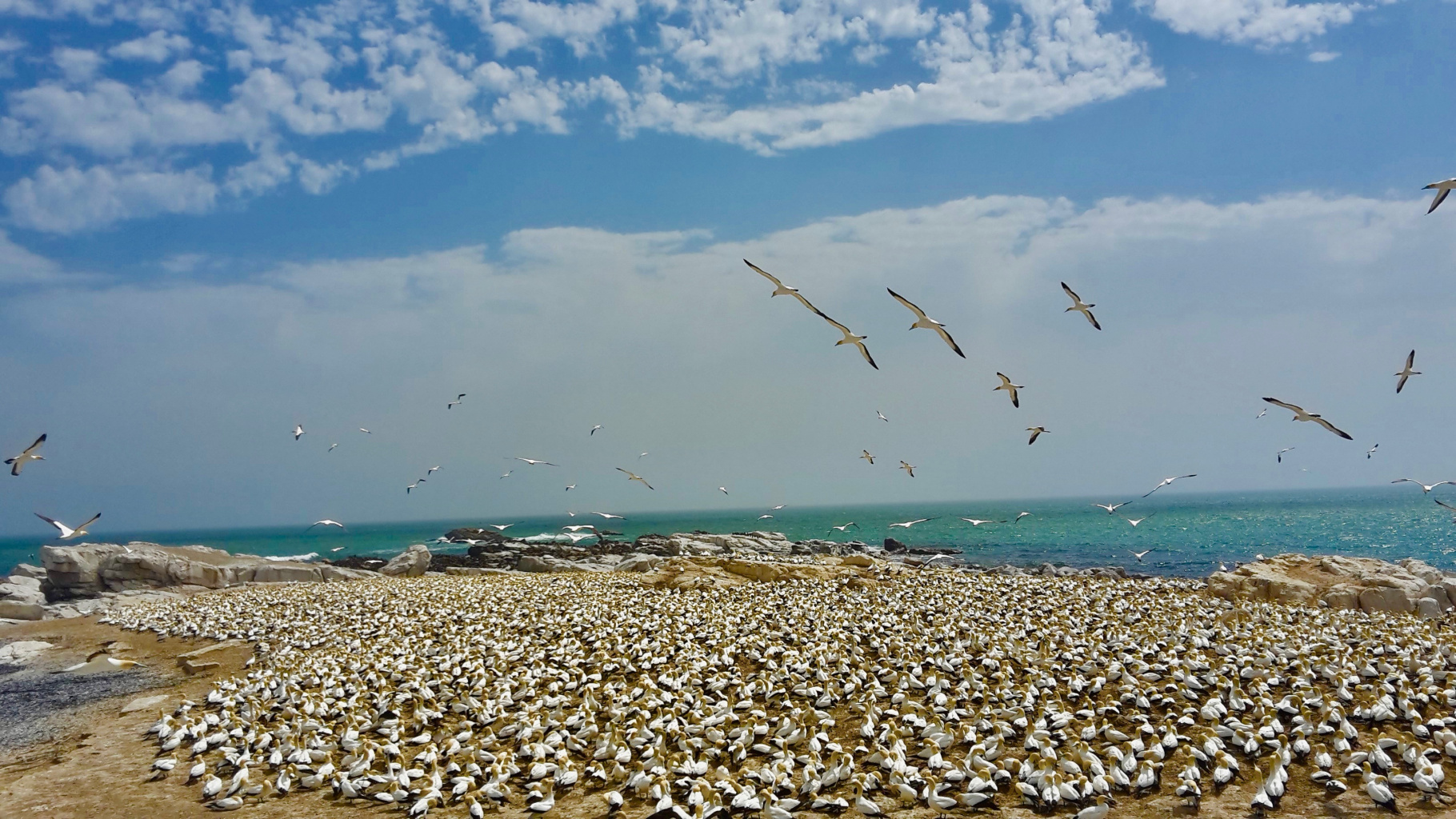 In September, with the onset of spring in Africa, a bird show begins - the nesting of the Cape gannets (Latin: Morus capensis) in the small town of Lamberts Bay, 280 km north-west of Cape Town. Birdwatchers from all over the world come to this place to enjoy the traditional mating dances of the birds that are among the most beautiful seabirds in South Africa. 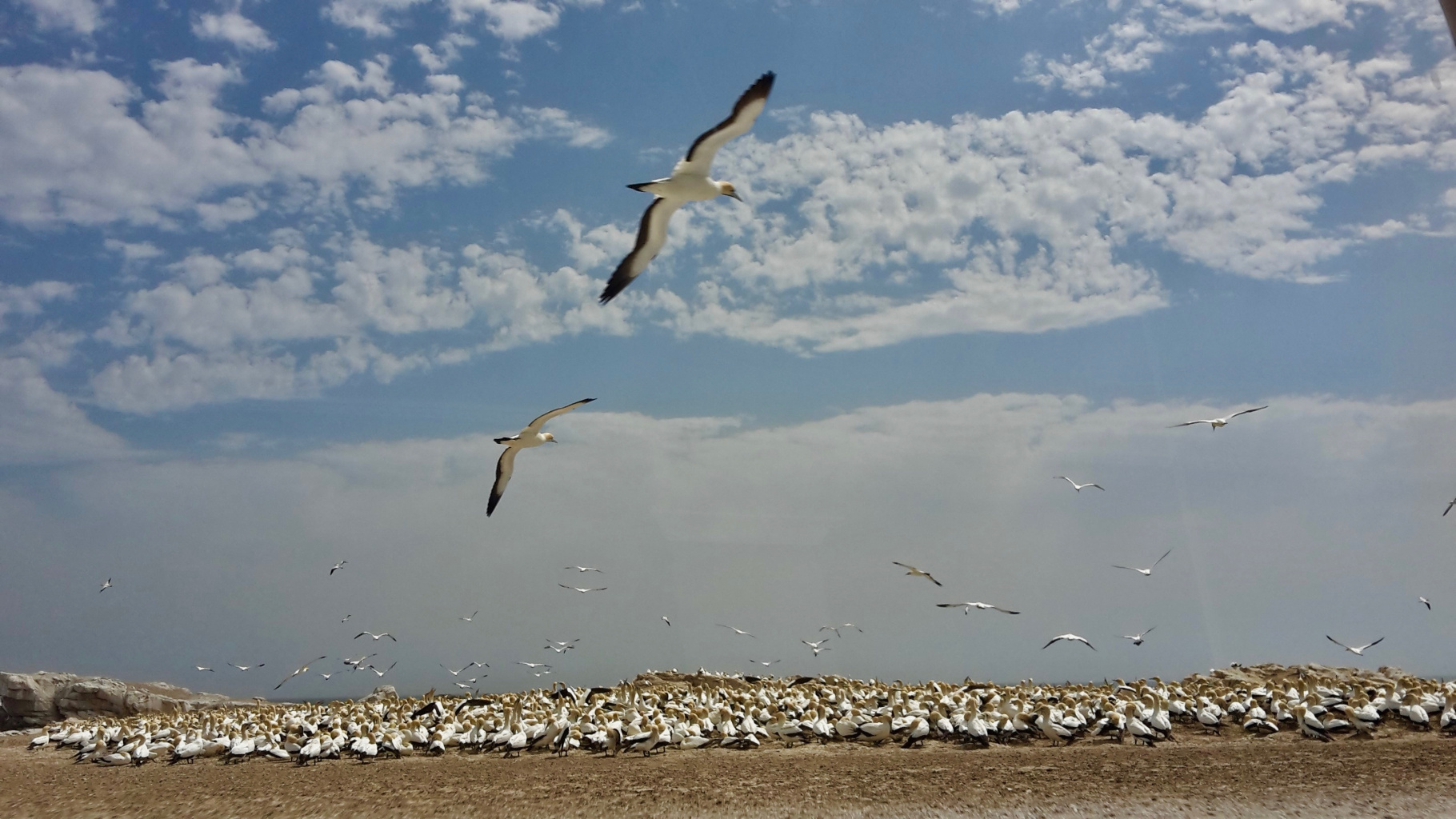 The Cape gannet reserve - the Birds Island Nature Reserve - is located on the Atlantic Ocean coast in the port of the former fishing village of Lamberts Bay and you can walk to it along a man-made pier. To make birdwatching more convenient, a pavilion with two viewing platforms was built. The Reserve’s employees tell about the birds under their wardship enthusiastically. Cape gannets are large seabirds up to 90 cm tall with a wingspan of up to two metres. They are the best diving birds plunging into the water to catch fish. The Cape gannets enter the water from flight at a speed of up to 120 km per hour, stretching and diving in a split second like a “streamlined arrowhead”. Having caught a fish with “very precise movements”, a bird swallows it right in the water. While it is rather difficult to watch the Cape gannets fishing (you need to go out into the ocean to do this), any visitor coming to the Reserve can admire their mating dances. 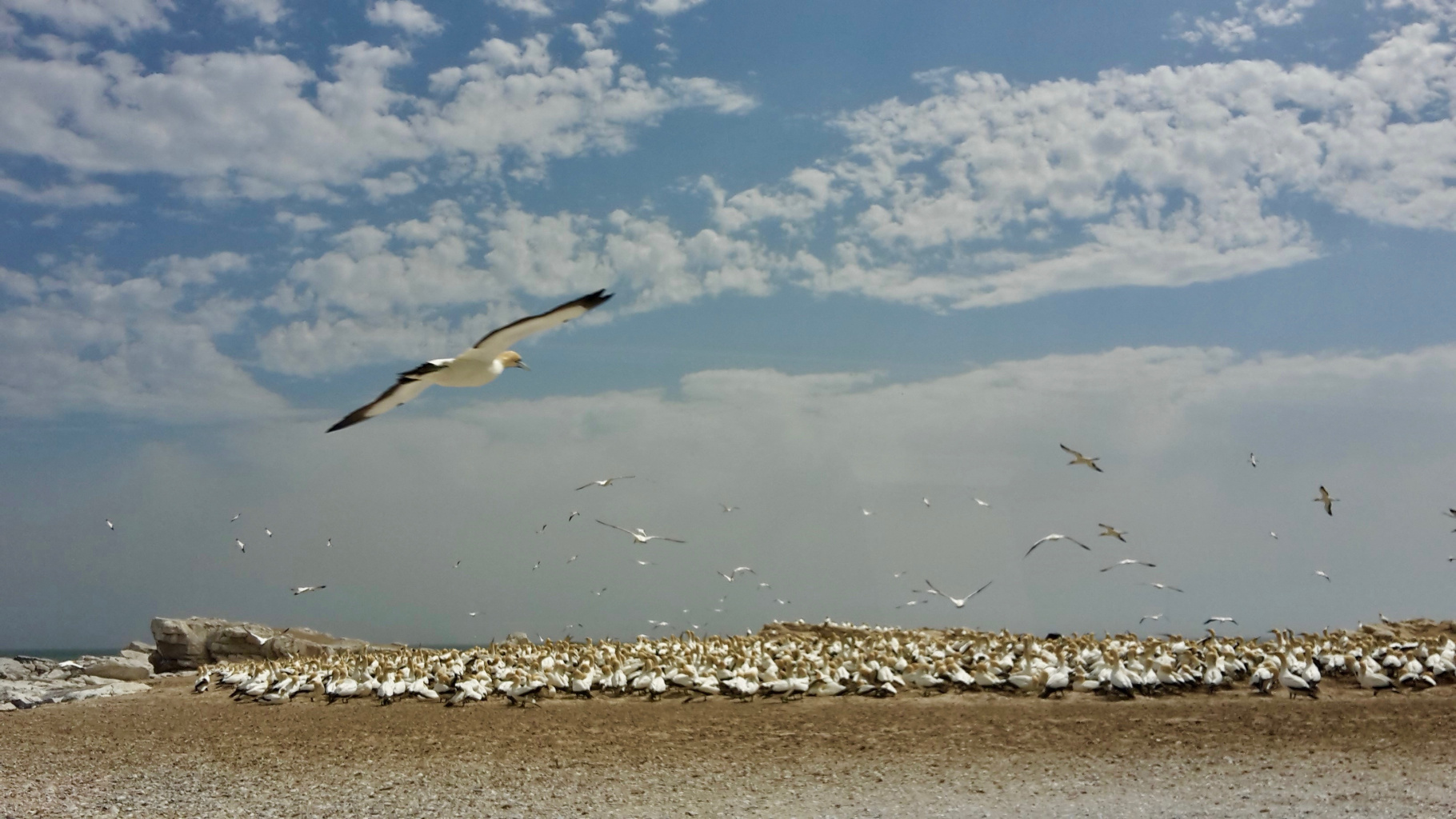 A peculiar feature of the Cape gannet nesting is that the birds build their nests and hatch eggs being squashed in the nest like sardines in a tin. Most birds living in colonies normally arrange their nests at a distance so that their neighbours could not steal the building material they bring to make their nests. This is not the case with the Cape gannets as they make their nests using “guano” - dried bird dung. The birds have nothing to lose, so, they build nests close to each other. Even when approaching the bird colony, people feel a strong smell. A small area of the Reserve is really dotted with these nests. When asked how the birds can find their nests in this chaos, the Reserve workers answer that the gannets have “a well-developed inner sense of where their nest is”. A very loud bird noise is constantly heard over the island, and birdwatchers can see how the Cape gannets fly in circles over the nesting site. This can also be explained. It turns out that before returning to the nest, a gannet must warn its partner and neighbours about its arrival. “A sudden “dive” into the nest would stress the partner and neighbours, so before landing, the gannet must make sure everyone knows it is returning,” the Reserve people explain. First, the bird flies low over the nesting site with a distinctive cry (hence, the noise is loud), then it flies in circles over the nest and repeats the sounds several times, and only then, it flies into its nest. This flying in circles several times is a unique “show”. 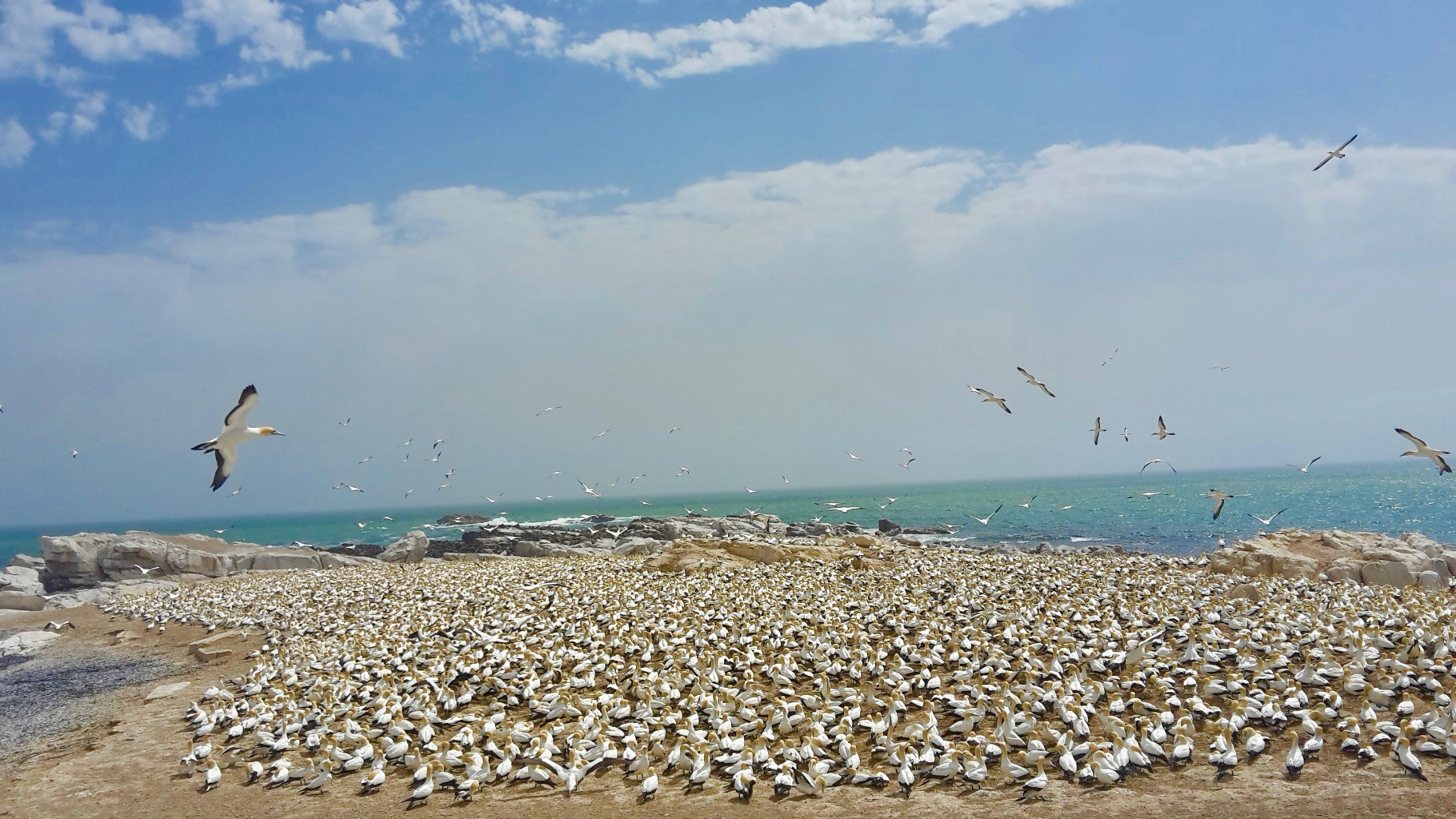 The male Cape gannets perform interesting mating dances with bows around their female gannets, as well as the birds make so called “scissors” (crossing their beaks), and they become very aggressive. As a rule, gannets make a couple for many years (they live for about 17 years). The couple also incubates the only chick in a season in an unusual way - they do not sit on their egg, they use their legs to warm it. The parents feed the chick for about 100 days. While eating, the chick takes the food with its beak directly from the parents’ gorge. In May, before the African winter, these birds fly away for the winter and meet again in 3 months. The same internal “antenna” allows them to unmistakably reunite with their mate. The Cape gannets are “all-weather” birds. The only thing that works against their natural “navigation system” is a thick fog. In bad weather, they just sit on the water and wait for the better weather and visibility. By the way, the gannets’ flying technique is much more energy-consuming than the soaring of albatrosses.

The Cape gannets can be seen on three islands near Namibia and in three areas along the South African coast from September to April.