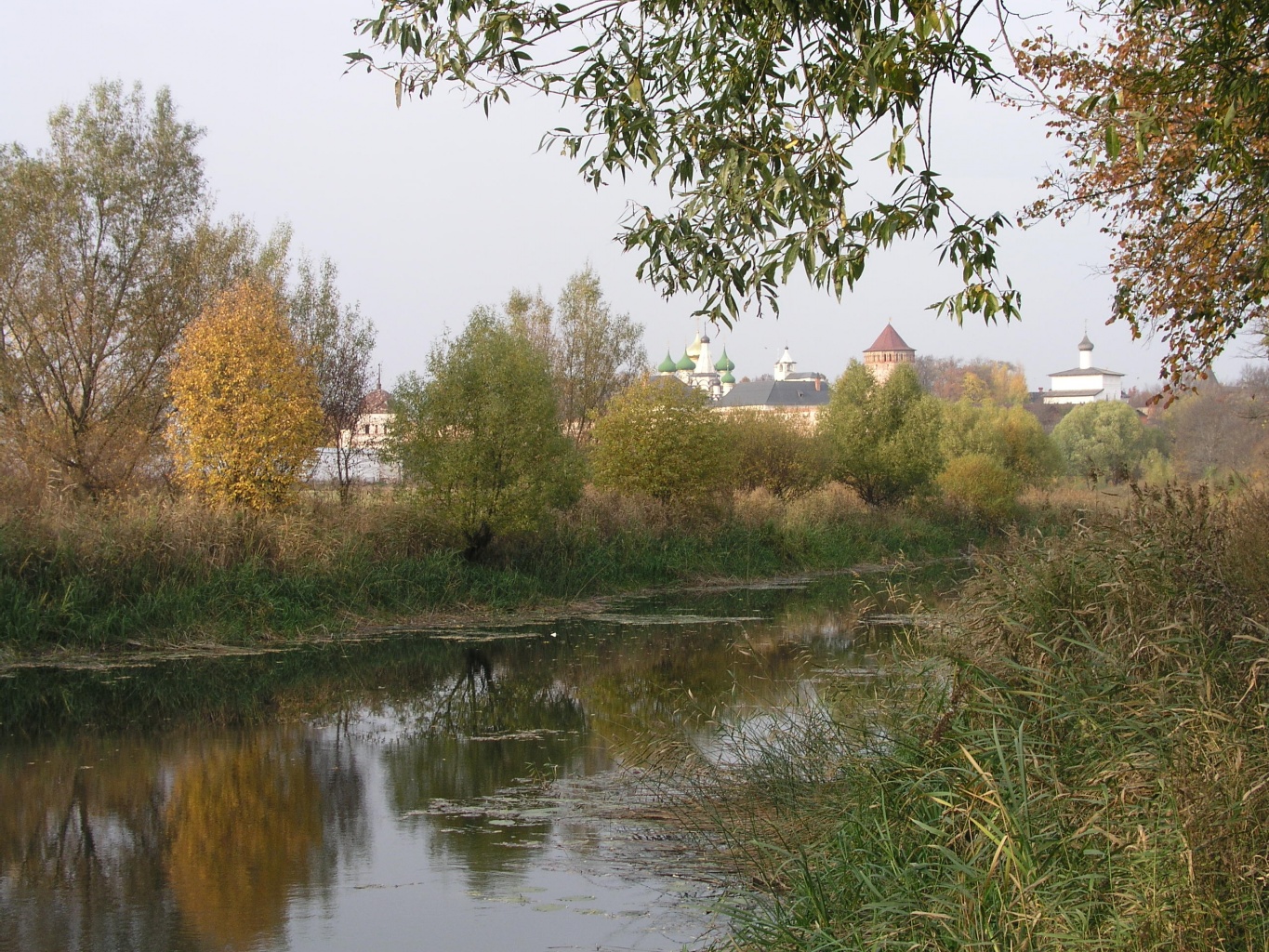 There is more in the environmental problems than meets the eye, and sometimes, the simple solutions that come to mind first can be harmful. With the growing popularity of the ecological topic, there are more pseudo-ecological calls and habits. To really help the planet, one should look at things critically. The WWF-Russia experts dispel the most popular prejudices surrounding the environment:

Surprisingly, this is not the case. The faux fur coats inflict much more damage on wildlife than natural fur ones, and globally, they turn out to be more harmful. Indeed, the animals from the fur farm were not killed to make such a thing. First, it takes a lot of electricity and water to make faux fur, which has a large carbon footprint. Secondly, synthetic filaments of faux fur coats are made of polymer fibres, and their microplastic particles enter the environment every time such a faux fur coat is washed, shaken or combed out. When a faux fur coat finally becomes old and is thrown away, it will never decay and will lie in a landfill for hundreds of years. To make your clothes help nature, it is worth buying fewer things and choosing better ones so that they last longer. And if you really want a fur coat, take a good second-hand natural one - this way, there will be less garbage, and it is not necessary to kill an animal.

2. An synthetic Christmas tree is better than a natural one

The energy costs for the production and transportation of synthetic Christmas trees from China, where most of them are produced, are very high. As a result, even if an artificial tree is used on average for 5-6 years, CO2 emissions from using a living tree are still almost 3.5 times less. It is better to opt for live Christmas trees. The main thing is not to encourage illegal lumberjacks and always ask for the permits when buying a natural tree.

In fact, only poachers pose a danger to wildlife - that is, those who hunt animals in violation of established rules. Because of them, thousands of reindeer die, saigas and other species are endangered animal species. At the same time, real hunters who hunt animals under license actually help nature. In the United States, for example, hunting is popular which helped preserve many wild forests that otherwise could have been destroyed. To respect the interests of the community, logging companies had to cancel their cutting plans, because the hunters declared themselves to be against them. Similar examples could be found in Russia. In addition, the fees the hunters pay cover the costs of keeping dozens and hundreds of other animals in the same forest. For example, the hunting farms’ business in the Primorsky Territory is to increase the number of deer and wild boars for hunting, thereby improving the food supply for tigers and leopards - as a result, the number of these predators is growing.

In fact, the zoos having excellent conditions for keeping animals are very good. Today, they are knowledge centres about the species’ biology, which helps to understand how to preserve particular species, and the zoos are the last hope for animals that can no longer survive in the wild. At present, animals are rarely caught by the zoos’ order, but more often, they get there either through exchange programmes between zoos, or after they were rescued in nature and saved from imminent death. In addition, the representatives of rare species are preserved in zoos, which can help restore extinct animal species. For example, when bison were extinct in the wild, their number was recovered only thanks to the individuals that survived in captivity. And the parents of the leopards that are released into the wild in the Caucasus as part of the reintroduction programme, used to live in zoos. In addition, the scientists carry on effective research in zoos that allows us to learn more about animals.

5. Deforestation of pristine forests can be compensated by planting young trees

Most of the forests preserved in Russia have long been developed, and only 20 percent of them remained in their original state. Scientists call them ‘frontier forests’ (old-growth forests), since they have not yet experienced significant human influence. There are no roads, forest clearings or settlements, and the area of each forest area must be at least 50,000 hectares. These are the last places of the wilderness, where rare species of plants and animals inhabit. Such forests are very important for the preservation of the biological diversity of our planet and they help regulate the water regime and protect soil. Planting seedlings on the site of a felled pristine forest will not be able to compensate for the destruction of the entire forest ecosystem that has developed over several centuries of the ancient woodland existing in such places.

6. One should give food to a wild animal that come out to people

Such cases are especially common in the North, where both adult polar bears and orphaned cubs often come out to people. Often, people feel sorry for cubs, and they feed them. And six months later, when the bear grows up and weighs under 300 kg, it still rushes towards people for food - and the situation becomes dangerous. As a result, such ‘bear-beggars’ are often killed. In addition, if you feed a wild animal for a long time, it may lose the skills to get food on its own as efficiently as before, or not learn how to do it at all if you started feeding it from its childhood.

7. Eating meat is bad, because animals are killed to get it

While ethical considerations may justify avoiding animal meat, this is not the main danger of steaks to nature. According to the UN Food and Agriculture Organization, greenhouse gas emissions from meat production account for about 18% of all CO2 emissions on the planet. Add the huge water consumption for each animal that gets food and water for several years before being packaged in portioned containers. The production of one kilogramme of meat requires of 5,000 to 20,000 litres of water on average, while a kilogramme of wheat needs 400–5,000 litres. And potatoes need just 287 litres. Meat and chocolate top the list of the most water-intensive food products in the world. Meat, which is not so harmful to nature, comes to the shop shelves from small farms where animals feed on free grazing, and meat obtained by hunters has a very small ecological footprint, too.

8. If I do not drop litter in the street, I help the environment

If you are not a litterbug, first of all, you help the sanitation workers and preserve the aesthetic appeal of the streets, however, this has nothing to do with ecology. If you throw a plastic bottle into the trash can, it won’t evaporate. Together with other garbage, it will travel to a remote area of open landfill, where it will lie for tens or thousands of years, depending on its composition. You can really help nature if you bring your candy wrapper not just to the trash can, but to the recycling point or separate waste collection garbage cans. Then the garbage will not be shifted from one place to another, but will receive a new life without doing harm to the environment. It is better to avoid unnecessary candy wrappers and other garbage.

At the same time, picking up garbage in nature can help, especially near water bodies, since such garbage can damage both the environment in general and the animals in this area.

9. Buying products from wood and paper, you do harm to nature, because trees are cut down

Buying FSC-certified paper and other wood products is less damaging to the environment than making similar plastic products. The FSC mark on wood or on a product made from it is a guarantee that the product comes from a forest where the forest management is environmentally and socially responsible. That is, the producers are obliged to grow a new forest in place of the removed trees.

Indeed, aquacultures can compete with industrial fishing, but buying such fish is unlikely to help nature. The negative environmental impacts of the cage aquaculture - most profitable - are much greater compared to all other aquacultures. Inside cages that are mesh enclosures immersed in natural water reservoirs, fish lives in overcrowded conditions and therefore epidemics arise, from which the wild aquatic fauna also suffers.

To prevent the fish from getting sick, antibiotics and antiparasitic drugs are poured into the cages, and excess chemicals enter the water reservoirs along with food debris and feces. In addition, many species grown in fish farms require wild-caught fish as feed.

If you really want to do no harm to the wild fish population, choose species that are not threatened by anything. You can see in the WWF-Russia Fish Guide which fish is worth buying for everyday meal, and which one should not. Also, remember that the closer a fish is caught to your place, the lower the ecological footprint of its transportation.

11. The Chinese are the main enemies of the Siberian and Far Eastern forests

Chinese timber companies harvest timber in Russian forests according to the rules specified in the Russian legislation. These companies are as law-abiding as all the others, including the Russian ones. It is the gaps in the forestry legislation and outdated forest management practices - including the lack of proper care for young plants to compensate for logging - that create the conditions for the depletion of forest resources. The WWF-Russia Forestry Programme has been working for many years to improve the legislation and popularize sustainable forest management.

12. To preserve valuable ecosystems, it is necessary to close access to them and prohibit any activity

Such drastic measures are needed only in the most extreme cases, and radical approach rarely results in anything good. There exist many types of specially protected natural areas (SPNAs). Even in nature reserves with the strictest protection regimes, there are zones where certain activities may be permitted.

But at national parks or wildlife sanctuaries, it is allowed to do what does no harm to ecosystems. At the national park, for example, hunting for the Red Data Book species may even be allowed: for example, for the Chukotka indigenous inhabitants, hunting whales is a part of their culture and is vitally important, and since they hunt them within the limits of scientifically defined quotas, this has no impact on the whales’ population. Indigenous people often worry that the protected areas created in their neighbourhood can change their life styles for the worse. In fact, national parks not only preserve the traditional places where the local communities live, but are also drivers of the socio-economic development and sustainability in many regions.

As WWF-Russia Director Dmitry Gorshkov told, knowledge is power. To stop wasting the resources without proper thinking, it is necessary to develop three areas: sustainable production, environmental measures and responsible consumption. “Today the issue of responsible consumption is a matter of knowledge. There are no ready answers. Today, each of us must think critically and question ourselves. Start thinking, do not be indifferent, and we will be able to turn the tide.”