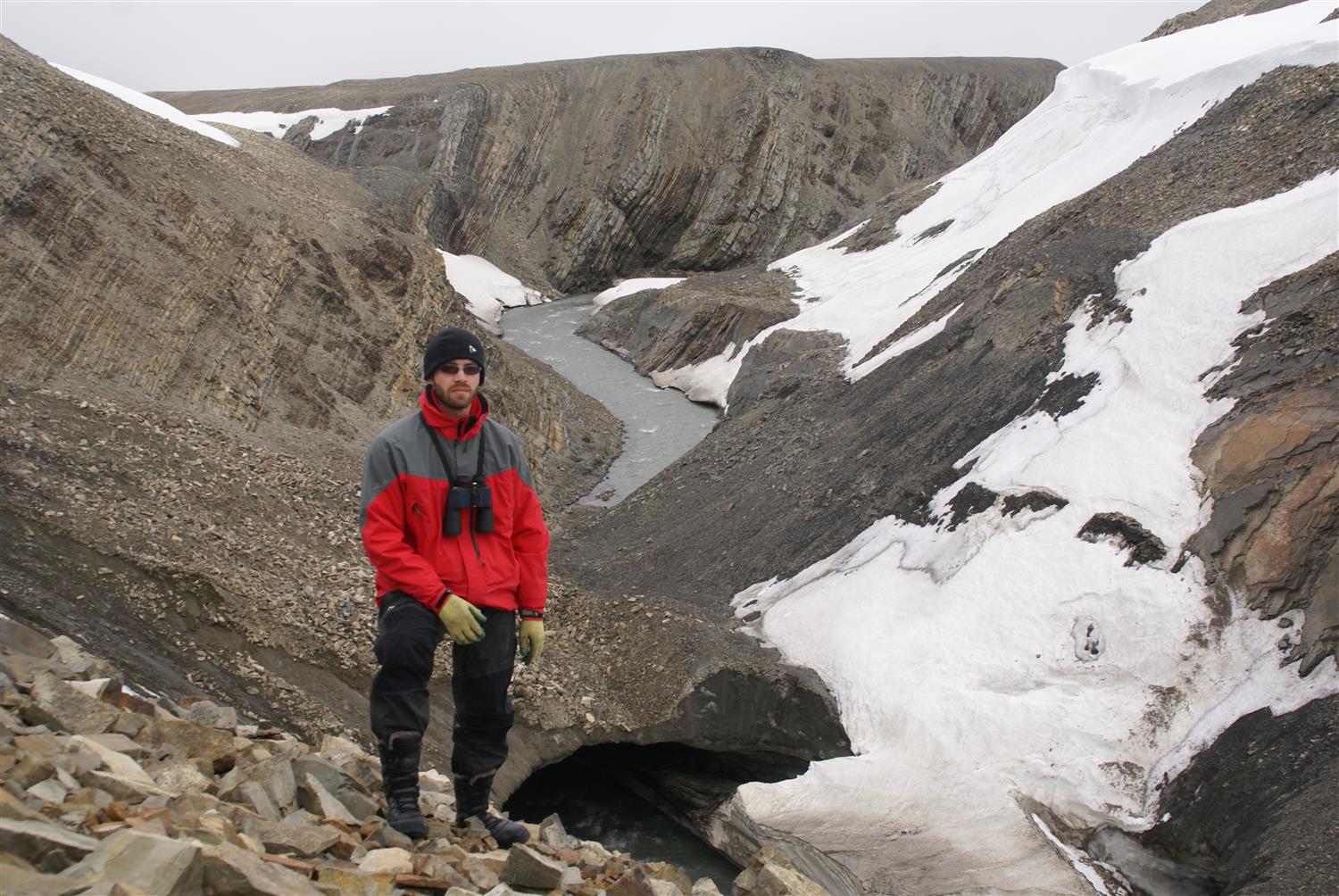 - What was the most important event in the last difficult year?

- A brilliant result of the last year, of course, was the opening of the 700 sq. m Visit Centre at the Russian Arctic National Park in downtown Arkhangelsk. The total area of our ‘Arctic Embassy’ is over 700 sq. m and it occupies the entire floor of the Northern Shipping Company building in the historical centre of Arkhangelsk.

In the Visit Centre, you can see a polar bear, imagine how big a narwhal’s ‘horn’ is, really feel the ‘icy breath’ of the North and much more. We focus on interactivity, versatility and the use of modern technologies to acquaint the population with the amazing Arctic. The visitors can feel the continuity of the nautical traditions and the spirit of long-distance travelling, and we expect that our Arctic Embassy will become an attractive place for travellers and lovers of wildlife of all ages.

Even before the New Year holidays, on December 15, a children’s zone was launched here. The governor of the Arkhangelsk Region Alexander Tsybulsky and the mayor of Arkhangelsk Dmitry Morev took part in the opening ceremony. I would like to note that the governor personally supported the project of creating a unified environmental and educational platform with the exhibition, recreational and other zones located in the Russian Arctic National Park. Financial assistance in the creation of the Visit Centre was rendered by the Rosatom’s ARMZ Uranium Holding Company and Titan Group’s Sawmill 25. 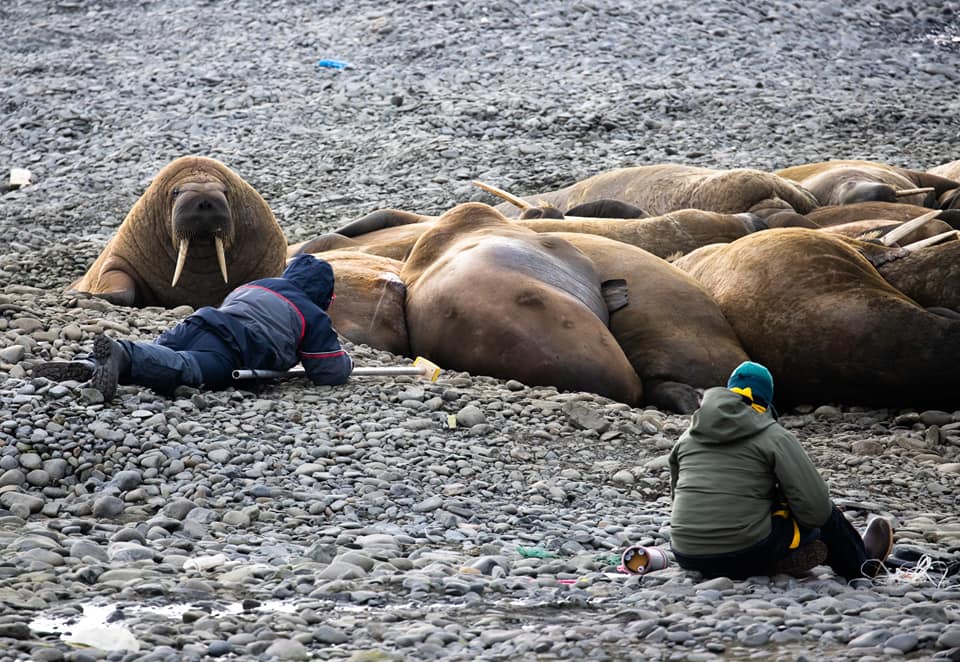 The Arctic Embassy will become the flagship in the comprehensive educational project Arctic Studies, which has been implemented by the Arctic Park since 2018, first at the main school of the Russian Academy of Sciences in Arkhangelsk, and now at its own educational areas. This area is ideal for uniting and consolidating the young generation of the Russians under the auspices of the vocational guidance and educational activities of our Park. Also in the Arctic Embassy, there will be a souvenir shop and a meeting room with a library, and in the coming months, a museum will be opened and a conference hall will be fully equipped.

By the way, recently the state flag of the Soviet Union made in the 1930s has been given to the museum fund of the Arctic National Park. The flag was made of black metal, once it was painted red. In those years, a flag with a hammer and sickle was hoisted in the Alger Island belonging to the Franz

Josef Land. Two fragments were found when people were on expeditions in recent years; there is no such a flag anywhere else. Anton Karpov who creates metal art pieces was able to restore the flag, which was not easy. The archaeological find was very damaged in an aggressive environment. Moreover, when they got this rare flag, it began to quickly ruin. It took four months to repair it.

All these are important stages in our work. Today, we already have several clusters and visit centres. In 2018, a classroom was opened at the Northern Arctic Federal University named after M. V. Lomonosov, and in 2019, a branch of the Arctic Park appeared in Arkhangelsk. In the summer season, the northernmost visit centre in the world will open its doors; it is in the Hooker Island in the Franz Josef Land archipelago.

And this year, under the programme for the development of the Arctic National Park and with the support of the Ministry of Natural Resources of Russia, another visit centre will be opened - at the Cape of Zhelaniya (Cape of Wish) in the Novaya Zemlya islands. An ecological trail will be arranged here to show the unique nature and history of the development of the Arctic to our tourists.

In addition to this trail, the scientific work on the assessment and monitoring of the anthropogenic impact of the tourist flow on the environment will also start. The calculation of the permissible load will help optimize the tourist flow in the Southern Cluster. 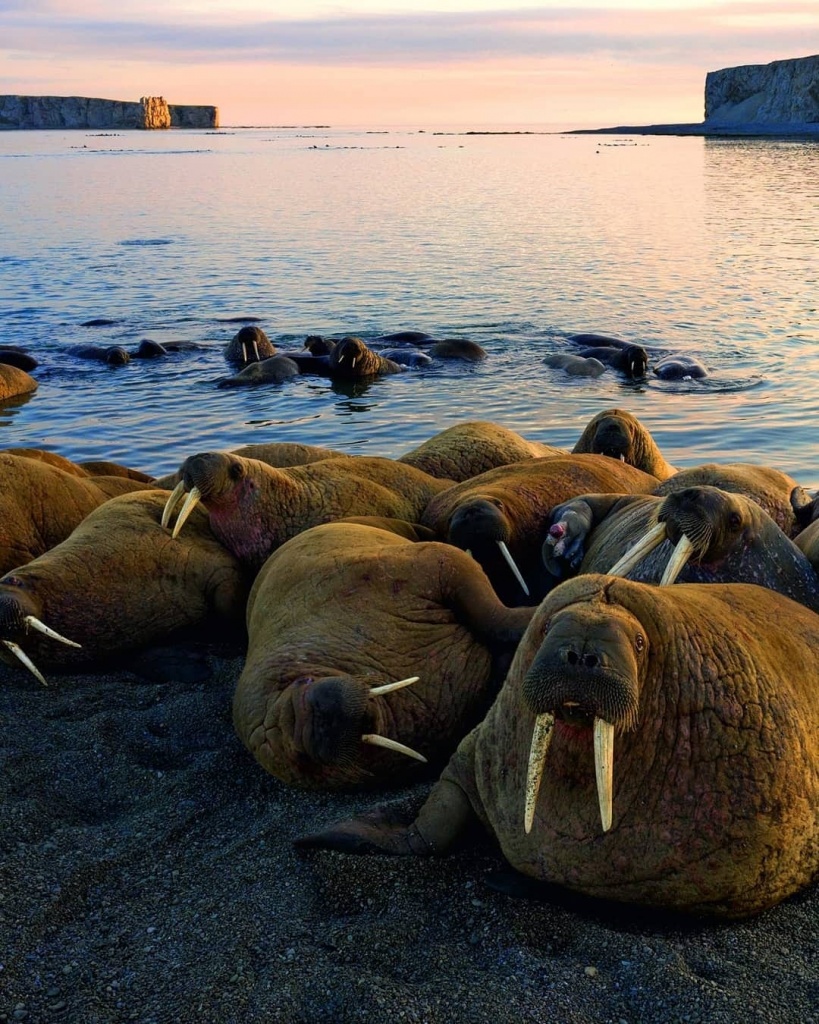 - How did you spend the New Year holidays, how did you meet the visitors?

- The specialists of the Environmental Education and Tourism Department prepared interesting surprises for the guests and residents of Arkhangelsk - a series of special masterclasses dedicated to the polar bears and the Atlantic walruses.

The main feature of the activities in the Visit Centre is the opportunity to learn a lot of new and interesting things about the life in the Arctic firsthand. All masterclasses are conducted by the staff of the Park who work directly in the specially protected natural area. Their real stories like those about polar bears, walruses, and the Arctic islands told during their masterclasses, fascinate no less than the hand works they make. Nikolai Gernet, a wildlife photographer, conducts one of the most popular masterclasses in making a ‘polar bear’ figure using felt. The adults also often take part in this as no one can help making his ‘Polar Bear’, which can become not just a wonderful gift, but even a family member! 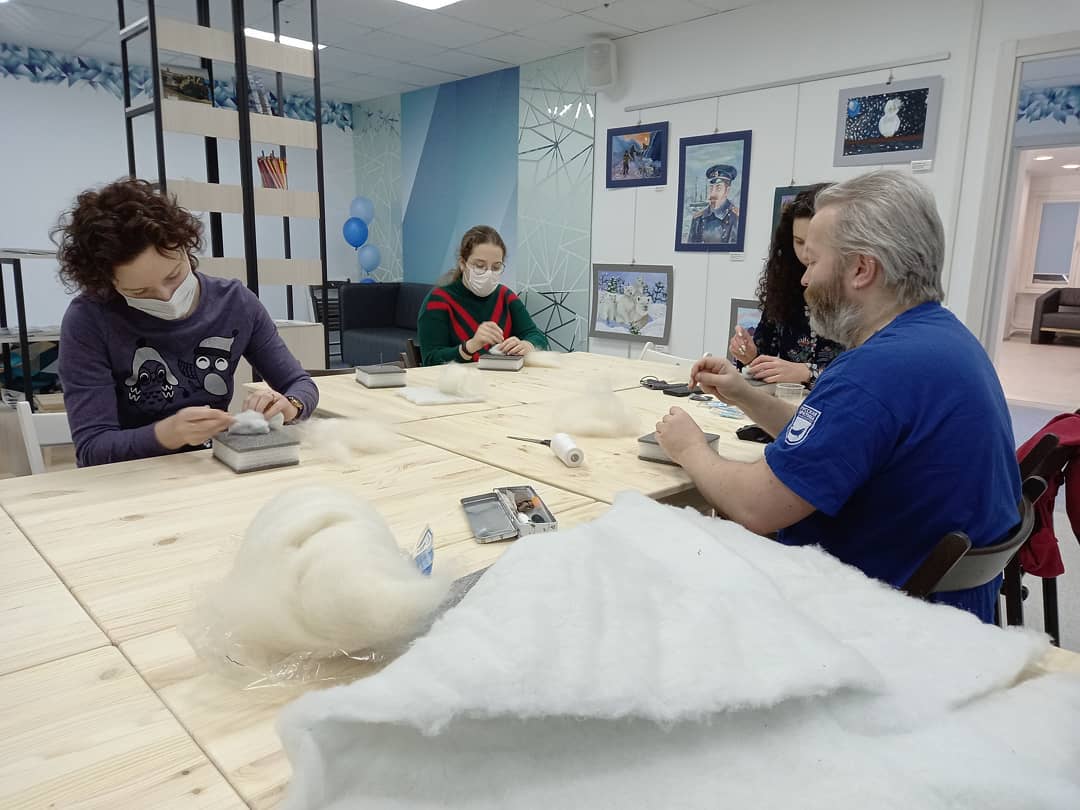 Another Polar Bear sculpting masterclass was developed by Mikhail Korelsky, an Arctic Park employee who visited the North Pole more than 40 times. During his masterclasses, the coach tells the children about the lifestyle and habits of the ‘Master’ the Arctic, explains why a polar forehead, a long neck and powerful paws. Children learn a lot and return home with a white ‘Polar Bear’ made of self-hardening polymer clay.

During the 3D Postcard masterclass, you can choose several characters at once - in addition to the Polar Bear, you can create a piece with a Walrus, Polar Explorer and Narwhal. The 3D effect is achieved by simple means using paper, scissors and glue. With the assistance provided by the Arctic Embassy’s coach, the children not only learn simple techniques to transform a flat piece into a 3D one, but also learn a lot about the animal world of the Arctic.

Also, the guests hear amazing Polar Arctic stories told by Viktor Kuznetsov, the chairman of the Arkhangelsk Centre, the regional branch of the Russian Geographical Society, that sound like detective stories and are like historical excursions to the time of the exploration of the Arctic. 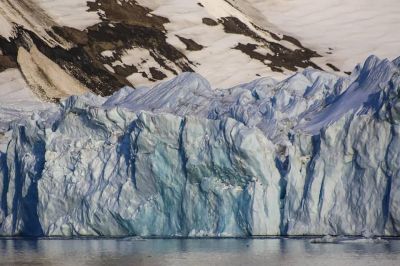 - How is the volunteer movement developing in your harsh Arctic conditions?

- Over the past years, the Russian Arctic National Park has already formed its own club of friends - the volunteers who are always ready to help the Park team, go to the field, on an expedition, help in organizing events and functions in other cities and countries.

Despite the harsh climatic conditions, the remote specially protected natural areas, the lack of communication and other blessings of civilization, not only men, but also women become the volunteers of the Arctic Park. So, in 2018, Eugenia Masloboyeva, a graduate of the Faculty of Geography of the Moscow State University, a member of the Russian Geographical Society, helped the staff of the Arctic Park to monitor the tourist flow in the Hooker Island in the Franz Josef Land archipelago. And in 2019, volunteer Anastasia Lomakina, a film producer, worked in the famous Tikhaya Bay (Quiet Bay) on the creation of a documentary film The Voices of Tikhaya Bay about the history of this polar station.

The Russian Arctic National Park has become a priority tourist attraction area in the Arkhangelsk Region, and now sometimes, one has to put a great deal of effort to become a volunteer.

Eugenia Karmalito
Staff correspondent, EcoTourism Expert
More
Birdwatching in the Nizhne-Svirsky Nature Reserve near St. Petersburg
What can interest an ecotourist? Exceptional nature - of course, vastness - definitely, unusual animals - surely. What if we tell you about the places where you can have it all at the same time.
﻿The Khakassky Reserve is a unique combination of the amazing nature and ancient culture of Siberia